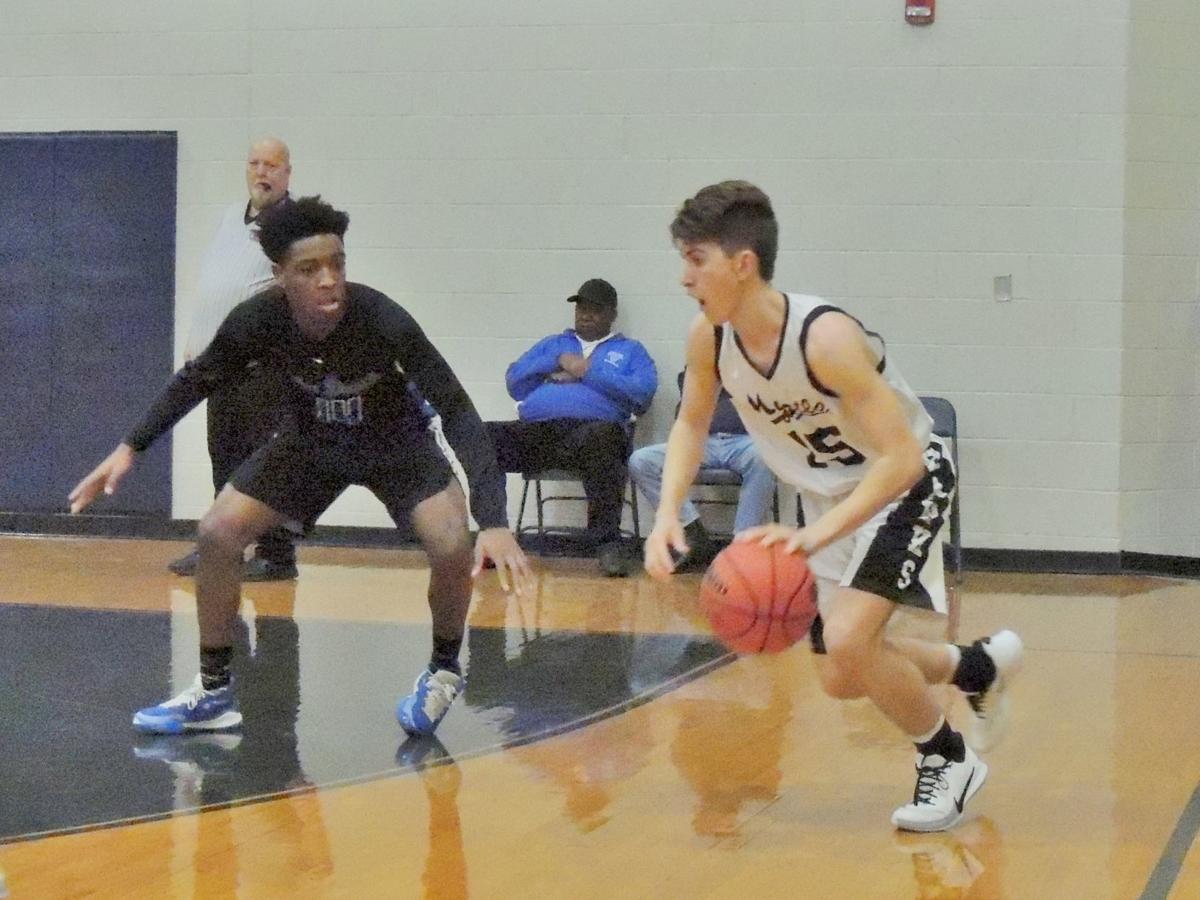 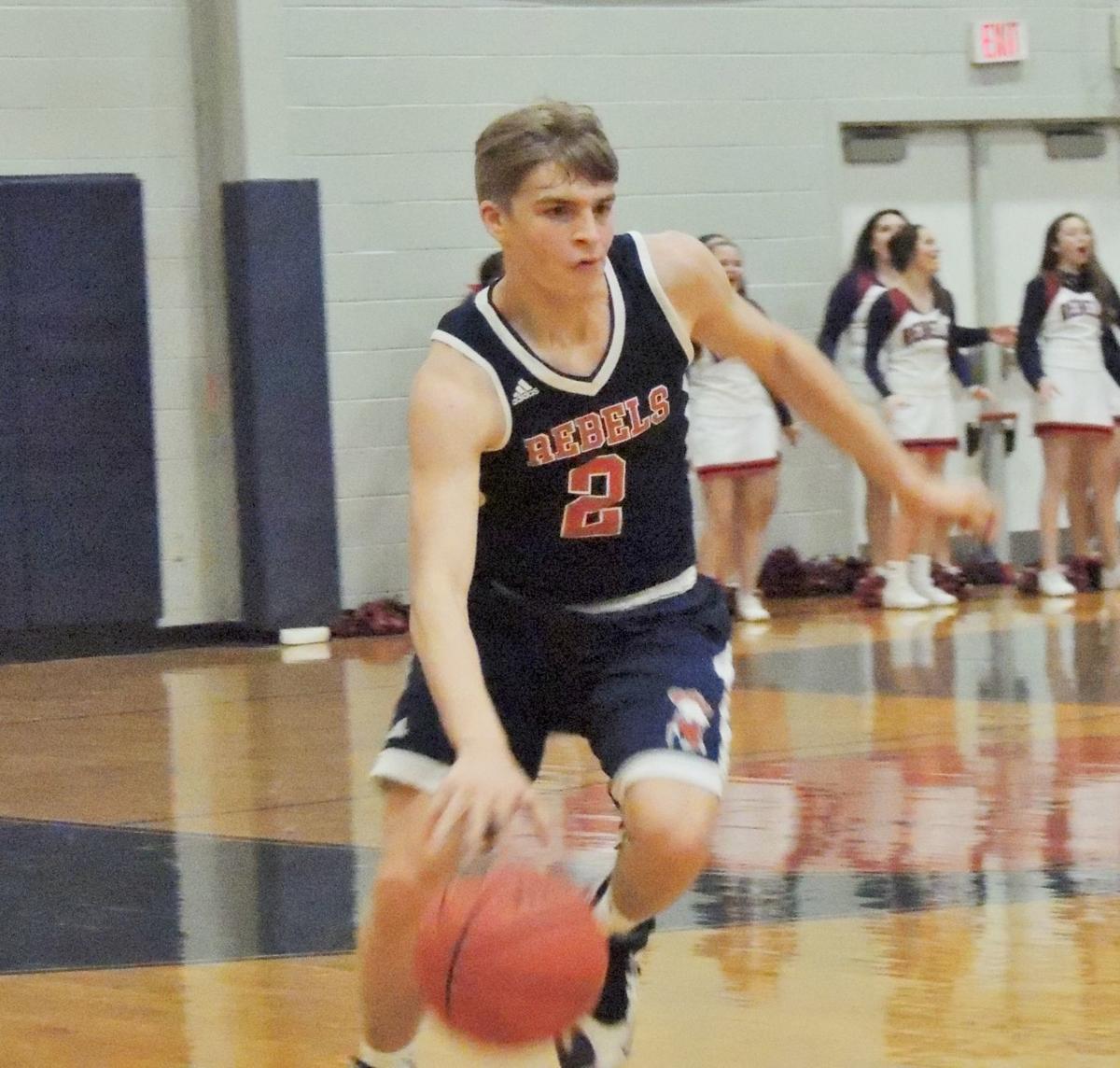 Hickory Flat's Wesley Green drives down the court against Coldwater in last Tuesday's 3-1A tournament game. 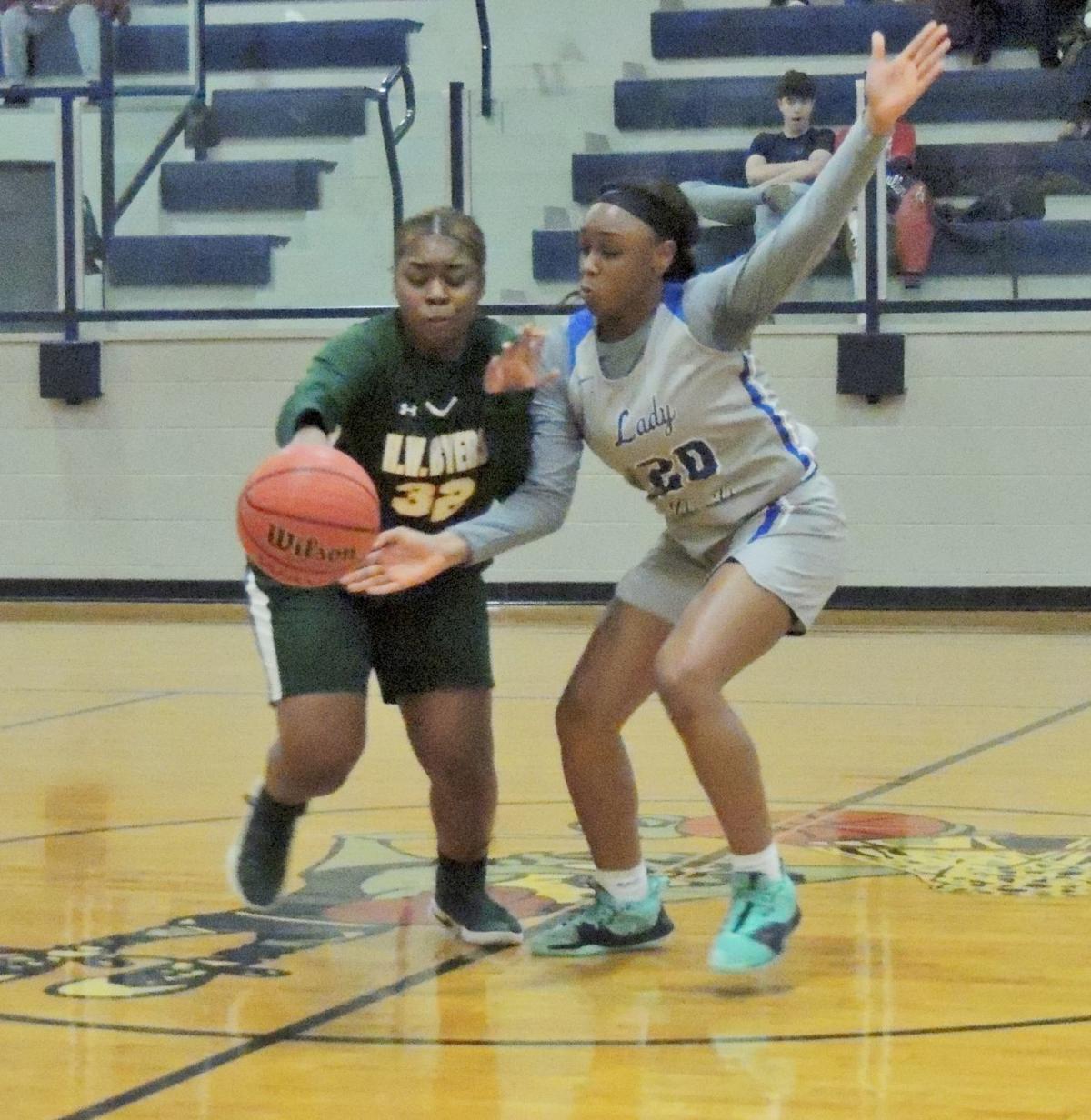 Hickory Flat's Wesley Green drives down the court against Coldwater in last Tuesday's 3-1A tournament game.

ASHLAND • The Div. 3-1A Tournament began last Tuesday, Feb. 11 at Ashland with three Benton County teams in action. The Blue Devils and Rebels saw their seasons come to an end while the Lady Blue Devils punched their ticket into the Class 1A playoffs with a convincing win over H.W. Byers.

Sophomore guard Jaden Taylor scored 18 of his game-high 24 points Tuesday in the first half to help lead the Hawks into Wednesday’s semifinals.

“We fell short twice and we had a chance to beat (West Union),” Taylor said. “We need to play together as a team. That’s what has killed us.”

Taylor connected on four 3-pointers in the first half to help Myrtle take a 37-24 halftime lead.

“I felt good in the first half,” Taylor said, then smiled.

Myrtle answered the run behind guard A.I. Nugent, who scored 11 of his 19 points in the fourth quarter.

“We were able to make some runs, but you’ve got to have some defensive stops,” Ashland coach Michael Cathey said.

Coldwater’s Torrence Matthews scored 25 points to lead the Cougars into the semifinals against H.W. Byers.