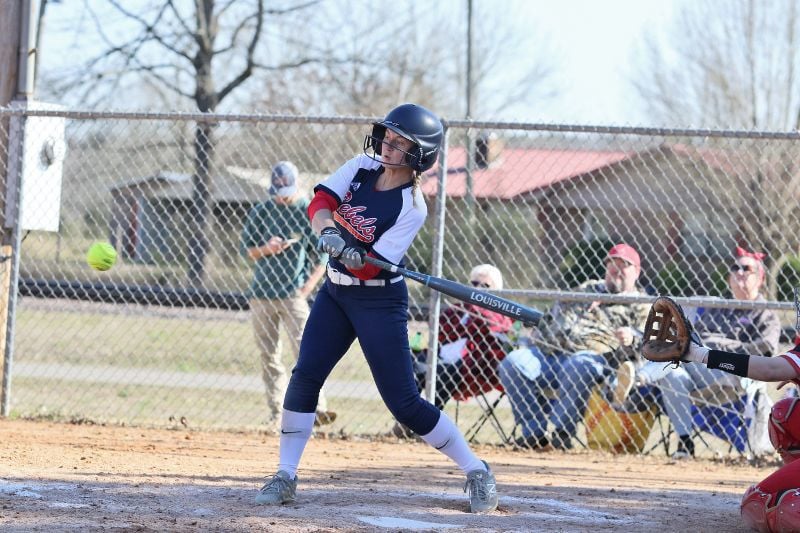 Hickory Flat's Ally Gresham hits a 2-RBI single in the bottom of the sixth inning for the go-ahead run in an 8-5 win over Walnut last Saturday. 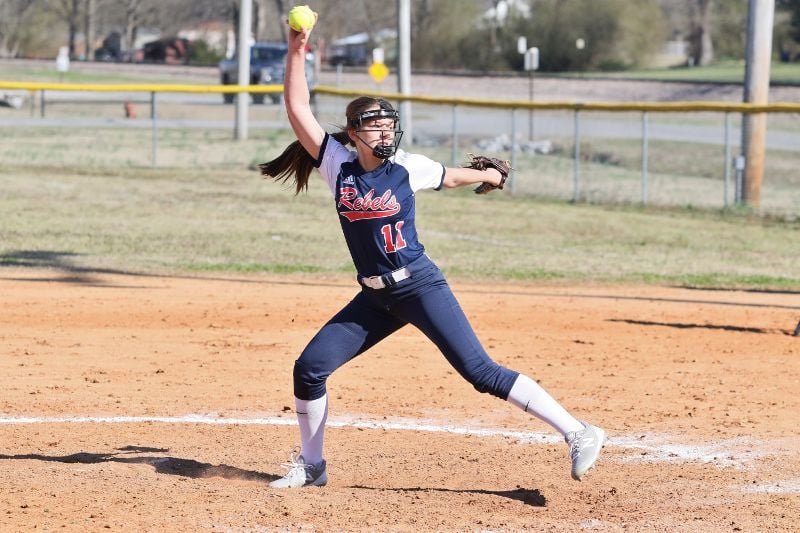 Hickory Flat's Ally Gresham hits a 2-RBI single in the bottom of the sixth inning for the go-ahead run in an 8-5 win over Walnut last Saturday.

The Lady Rebels (2-0) plated four runs in the bottom of the sixth to come back and defeat Walnut, 8-5.

The Lady Wildcats (0-3) started the game off with a run in the top of the first inning after Anna Jackson drilled a RBI double into left field, scoring Elizabeth Glissen, who reached on a Hickory Flat error, for the 1-0 lead.

In the third, the Lady Rebels tied the game at 1-1 after Lizzy Williams stoked a two-out double to left field and Erin Hancock brought her around on a RBI triple.

Walnut responded in the top of the fourth with a leadoff triple by Claire Leak, who came around to score on a one-out RBI single by Dalana Dollar for the 2-1 lead. Another single and a hit-by-pitch loaded the bases for the Lady Wildcats with just one out. Senior Angie Hopper drew a bases loaded walk for Walnut's third run and a passed ball scored their fourth run of the game.

Hickory Flat's Jenna Poff cut into the lead with a RBI sacrifice fly to make it 4-2 by the end of the fourth.

Walnut tacked on a run to their lead in the top of the fifth on a RBI groundout by freshman Madison Porterfield for a 5-2 lead.

The Lady Wildcats defense started to unravel as Hickory Flat started to put more balls in play in the bottom of the fifth. After Williams drew a one-out walk followed by a double from Hancock, one Walnut error loaded the bases and their second error of the inning scored a run. Still batting with two outs, Grayce Cook picked up a RBI infield single to cut Walnut's lead to 5-4 entering the sixth.

Hickory Flat pitcher Madison Weeks pitched her first clean inning in the top of the sixth that sent the Lady Rebels right back to the plate.

Two more errors by Walnut and a bunt single from Weeks loaded the bases with no outs for Hickory Flat. Walnut's Cadence Rolison then struck out the next two Lady Rebels, attempting to end the rally. With two outs, Ally Gresham knocked a 2-RBI single into centerfield for a 6-5 lead. Eighth grader Jolee Young added insurance with a 2-RBI double to seal the win.

Sorry, there are no recent results for popular articles.