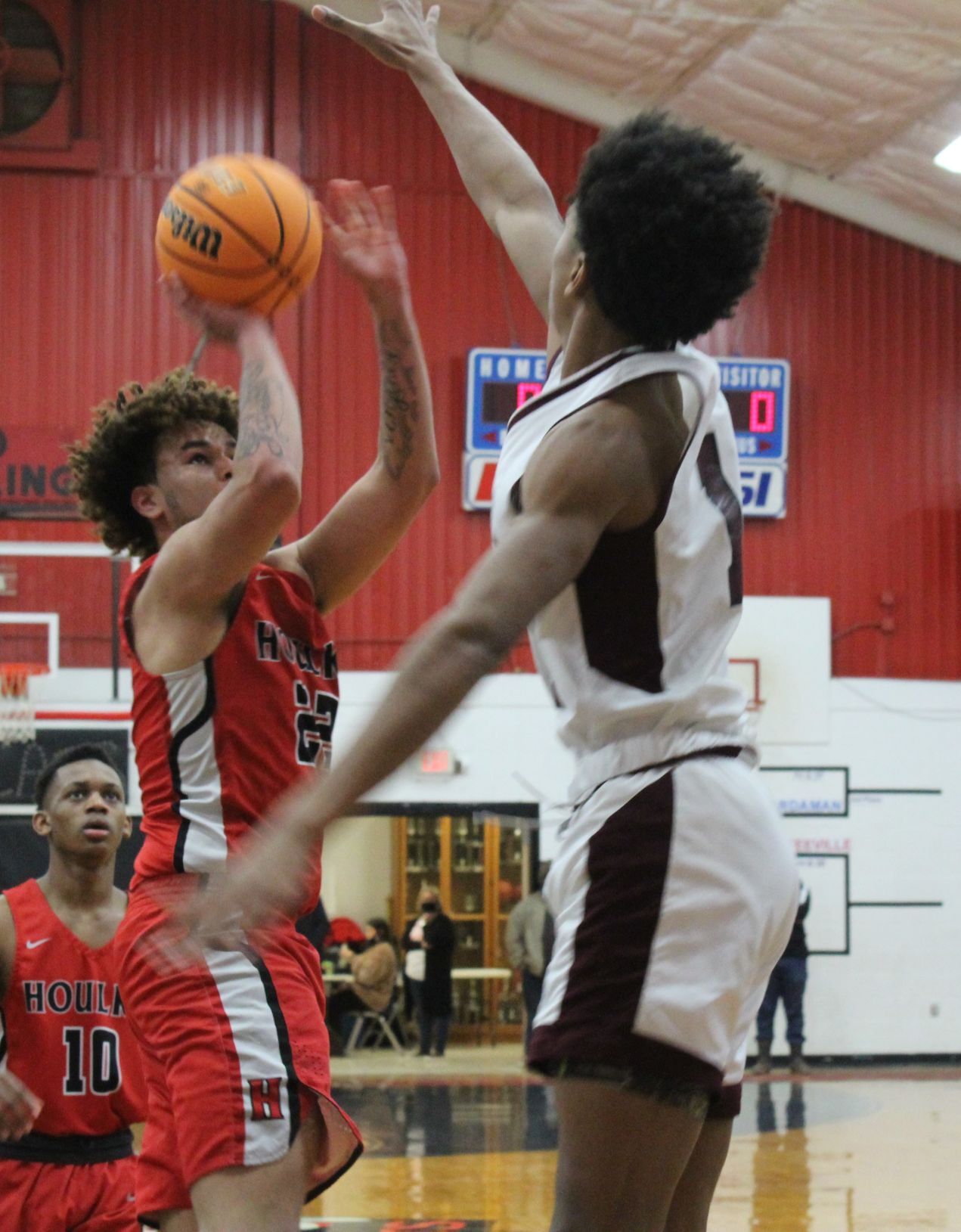 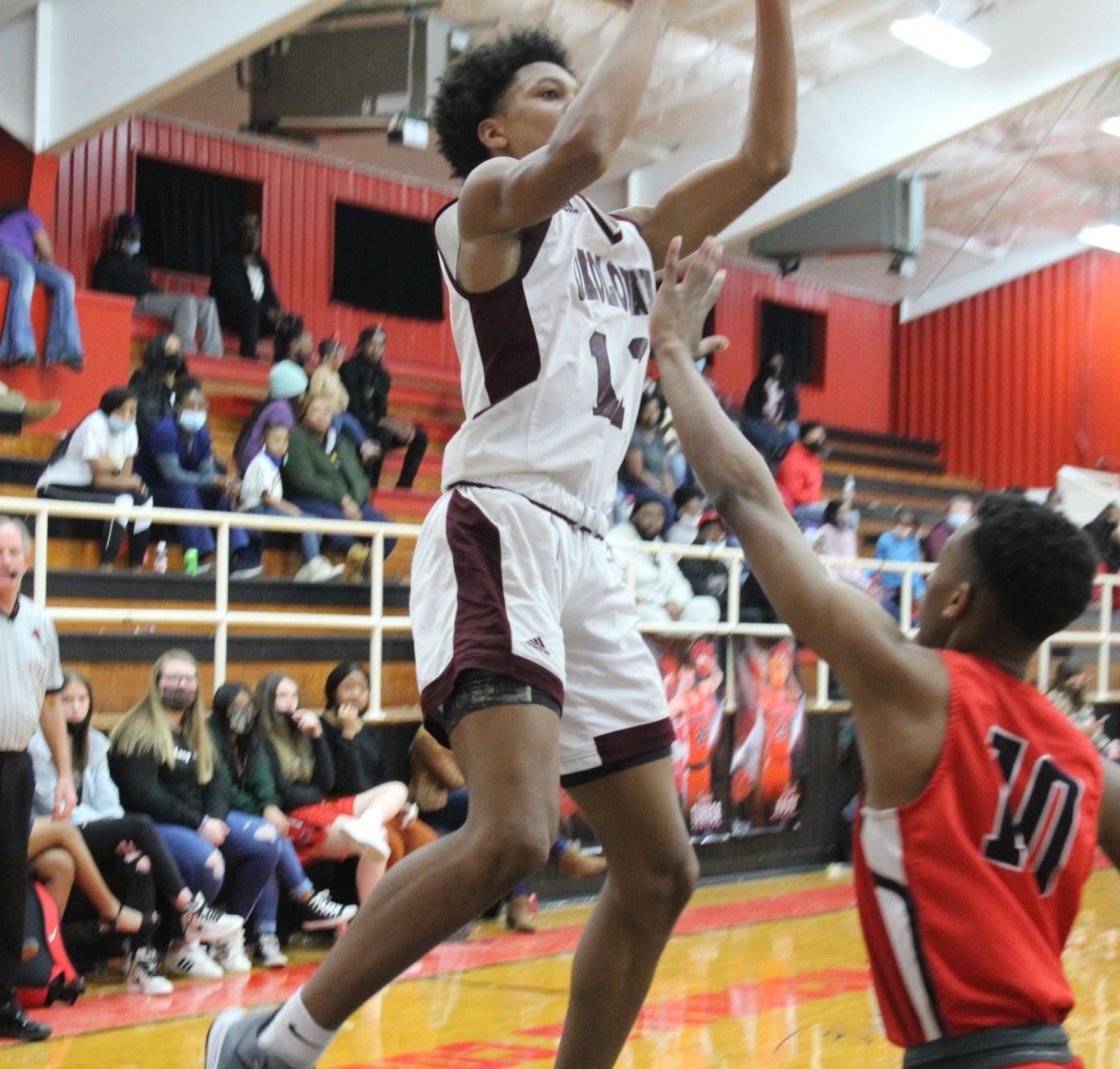 Dailin Cooperwood goes up for the shot against Jarell Hamilton. 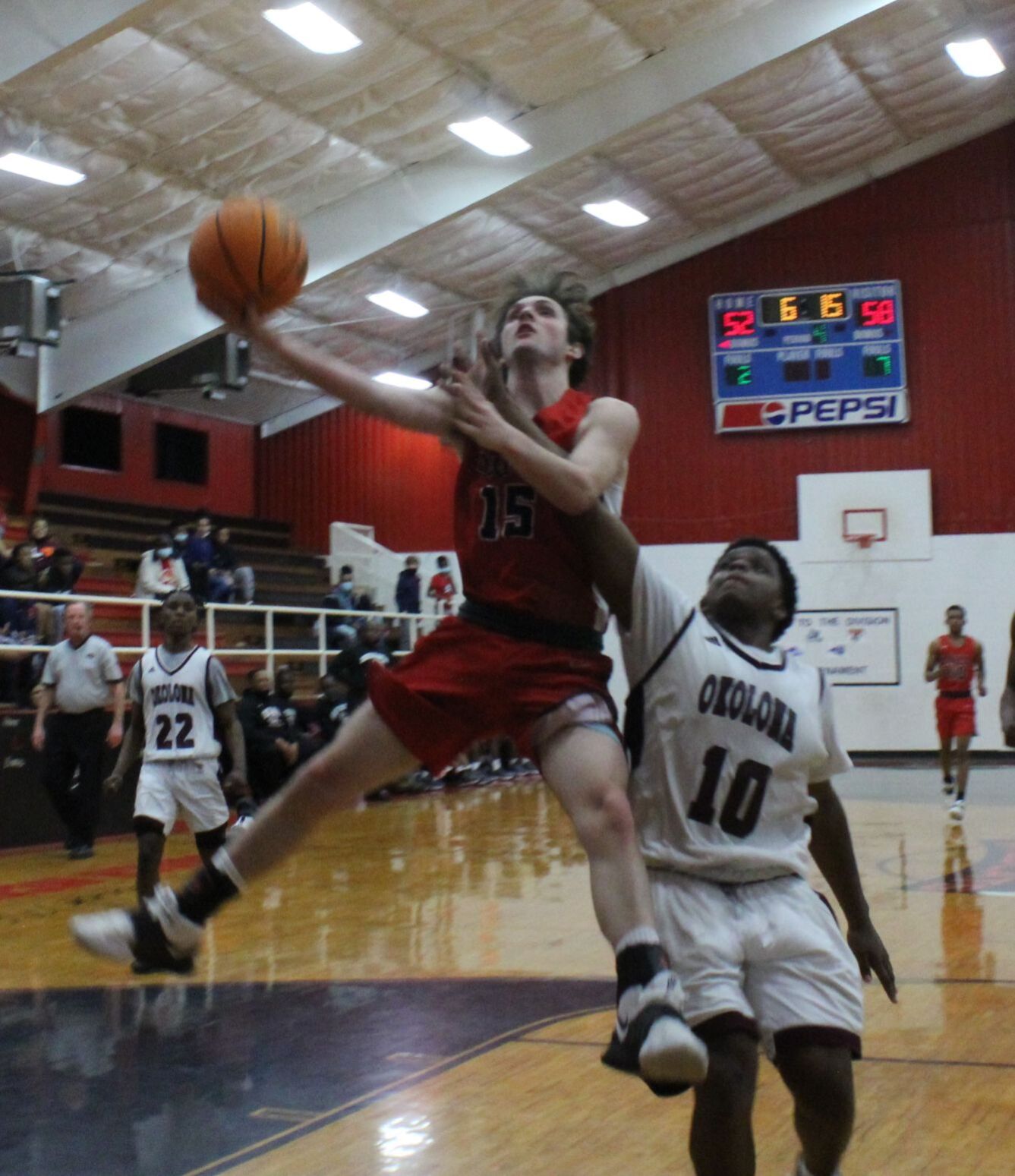 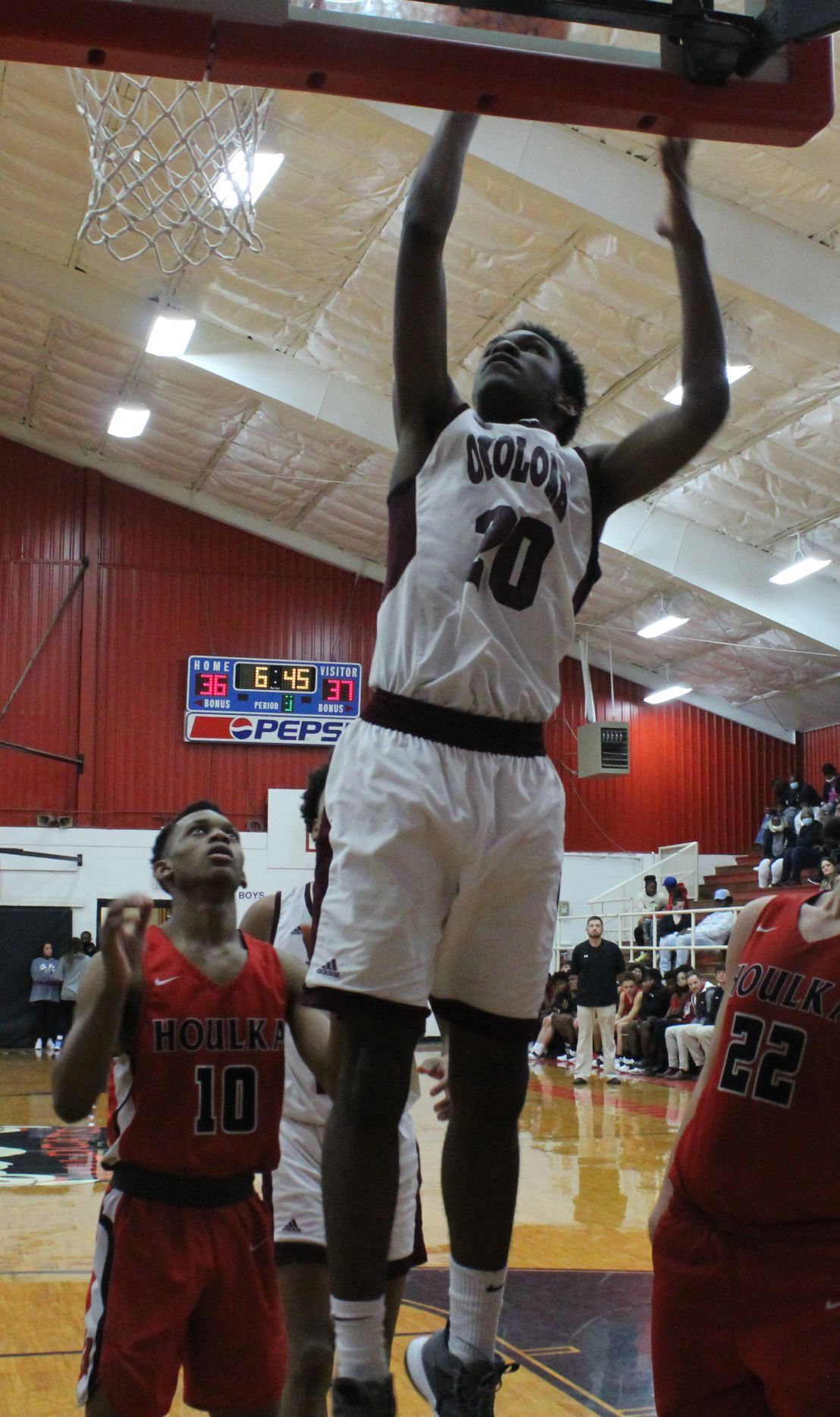 Andrew Crape goes up for the score.

Dailin Cooperwood goes up for the shot against Jarell Hamilton.

Andrew Crape goes up for the score.

HOULKA – The Okolona Chieftains took on the Houlka Wildcats on Thursday to determine who would advance to the finals of the division tournament.

The Chieftains wound up winning by a score of 75-62.

The Wildcats came out of the gate incredibly strong, going on a 17-0 scoring run in the opening minutes of the first quarter. It appeared that the game would surely belong to them based on their early game performance, with score at the end of the first quarter being 20-11.

However, the second quarter saw the Chieftains regain their composure and the Wildcats falter.

Okolona tied the game at 27 in the second quarter, and ultimately took a 36-34 lead into the half.

The second half saw the Wildcats keeping stride and even tying the game at one point, but ultimately they were unable to overcome the voracity of the Chieftains offense, which was a force to be reckoned with.

“We started out real slow, but I thought second quarter, we piked up the pace and played better defense and the second half I thought we did an excellent job forcing turnovers,” said Okolona head coach Arteria Clifton.

Dailin Cooperwood had an outstanding performance for the Chieftains driving to the rim and making steals on defense that hurt the Wildcats' offensive efforts.

Rahiem Blanchard was a threat from beyond the arc, sinking threes that allowed the Chieftains to pull ahead.

On the Wildcats side, Seth Winter had a few big shots early, and he also helped pull it close in the latter part of the game.

Jarell Hamilton was also a big playmaker for the Cats.

Nemo Flemings and Tarquavious Jackson were key players late in the game to tie the game.

“I thought we played hard,” said Houlka head coach Seth Burt. “We jumped out to a big lead there and then Okolona made a run to get back in it. It was just a tough night. Turnovers got to us there in the second half and I thought we ran out of gas there towards the end.”

The Wildcats have been plagued by injuries and sickness this season, losing two of their starters to knee injuries early on and COVID wreaking havoc on the remaining players.

They would go on to clinch the third place seed in the playoffs, defeating Vardaman in the consolation game.

The Chieftains would take the second place seed falling to Coffeeville by a score of 75-60 in the championship game.