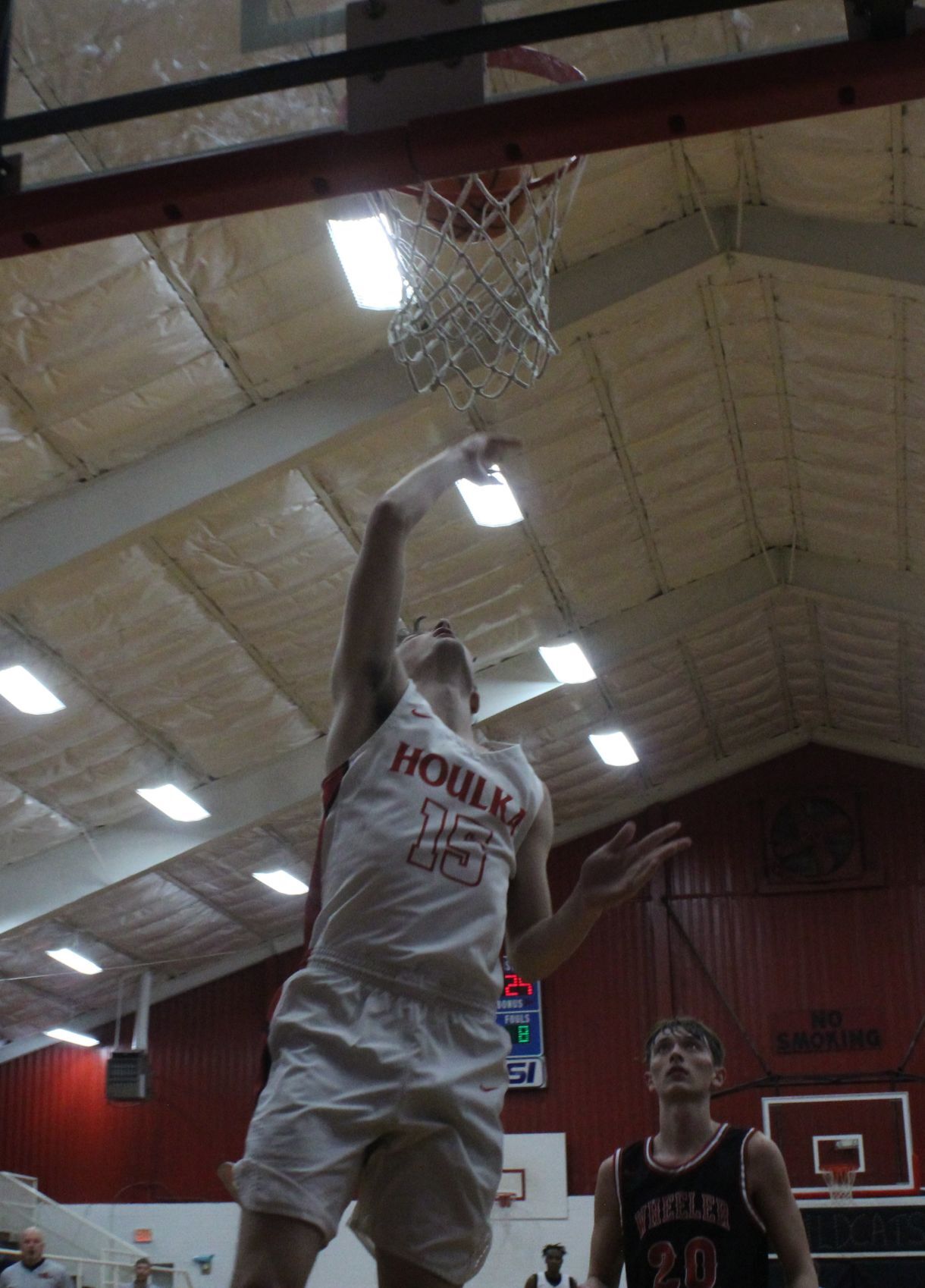 Seth Winter goes up for the score. 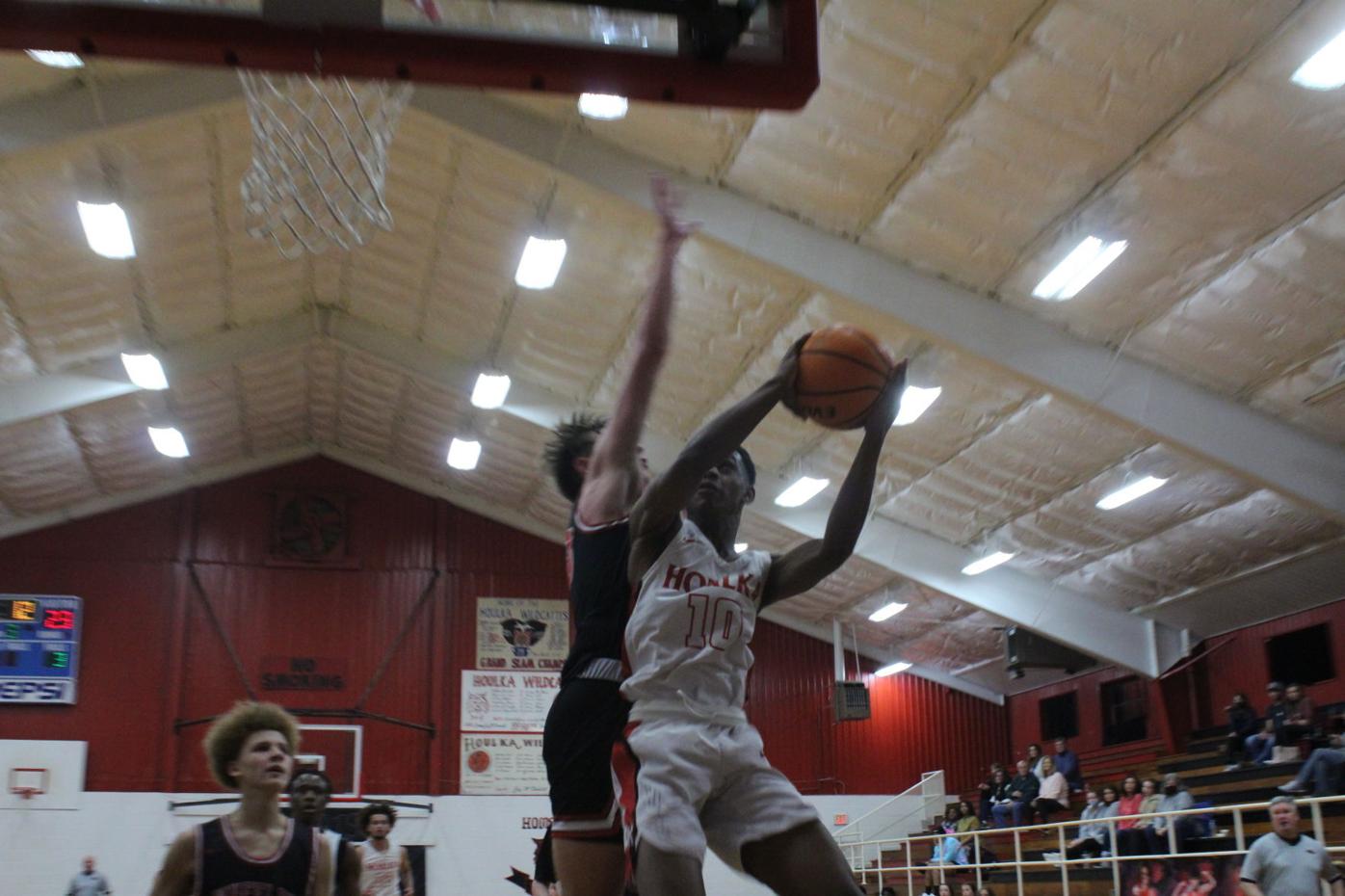 Jarell Hamilton eyes the net as he drives up to score through defensive pressure. 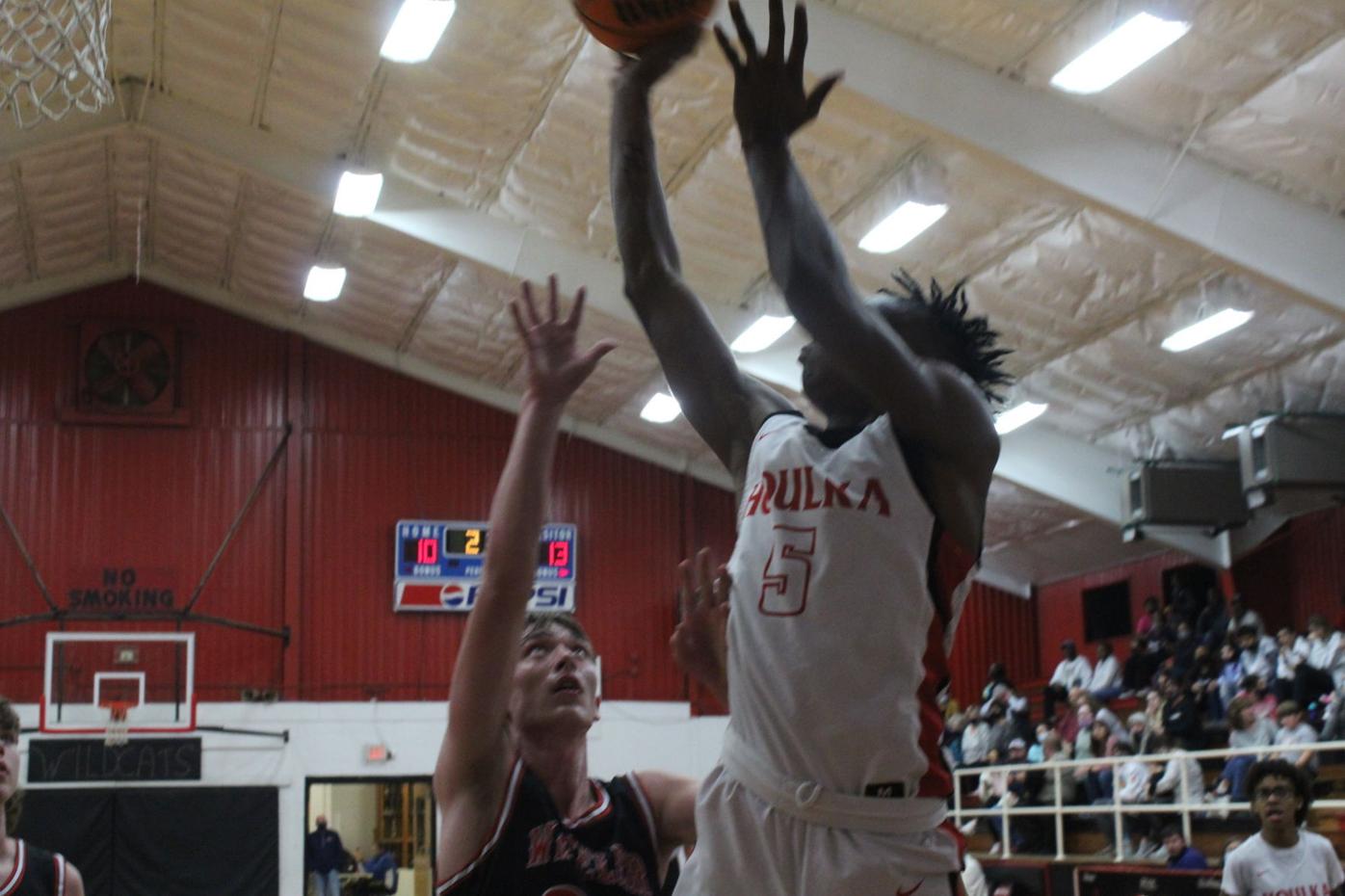 Seth Winter goes up for the score.

Jarell Hamilton eyes the net as he drives up to score through defensive pressure.

HOULKA – The crowd is silent as Senior C.J. Turner tossed up the first free throw...miss. The tension is palpable as the second soars towards the rim, bouncing once, twice, good! The score is 35-34 in favor of Houlka with three seconds to go in the game.

This score would go on to be the final, and cap off a game that was close from start to finish.

The Wildcats came out aggressive, attacking the paint, however, the Eagles came out equally aggressive, making for an even match up, as well as a relatively low-scoring affair.

When the first quarter drew to a close, the Wildcats were ahead 8-3.

Their lead, however, would be lost in the second quarter, when the Eagles fought back to take a 17-13 lead at halftime.

One reason the Eagles were able to hold the Wildcats to such a low scoring performance was due to the fact that they were able to isolate Seth Winter, the Wildcats' top scorer from beyond the arc.

Winter was double and sometimes triple teamed, and this created the need for other players to step up and fill the void left on the offense. This, according to head coach Seth Burt, is something that they are continually working on in practice.

Once the second half began, the pace quickened, as each team knew that the last to score could very well be the winner, as was the case.

The two remained tied for most of the third quarter, neither being able to leap out to a demanding lead, or maintain a lead for long for that matter.

Wheeler did manage to secure a three-point lead heading into the fourth quarter.

They managed to tack on to this lead throughout the fourth as well, and it looked like the Wildcats might have fallen behind, as the offense seemed to be going cold.

Then freshman Hayes Paden stepped on the court and dropped an astonishing three point shot that brought the crowd to their feet, and put the Wildcats ahead by one point.

Wheeler would of course go on to tie, and lead to the ultimate conclusion of the free throw winning the game.

“I am very proud of their effort,” said Burt. “It was a defensive battle from the start. It felt like the first team to get to 40 points would probably win the game, and then neither team reached 40. But Wheeler is a tough team to play offense against because they have three or four kids that are six-three or four and they are very long, take up a lot of space, and points were hard to come by tonight. We had to battle for every basket that we got.”

Burt is hoping that the win will be wind in the sails of the boys as they enter the back half of the season and move ever closer to the division playoffs.