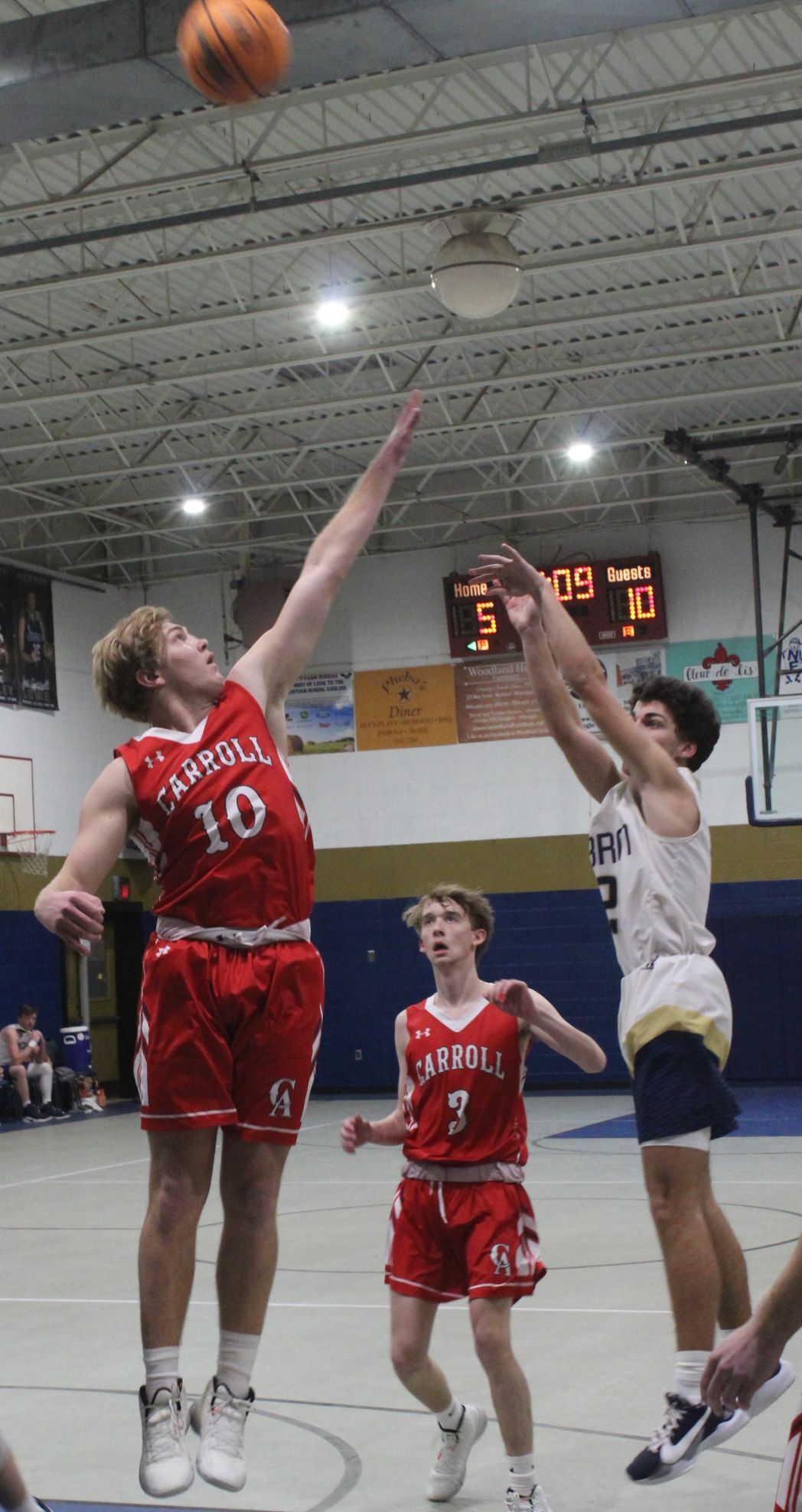 Dash Turman takes a shot with a defender in his face. 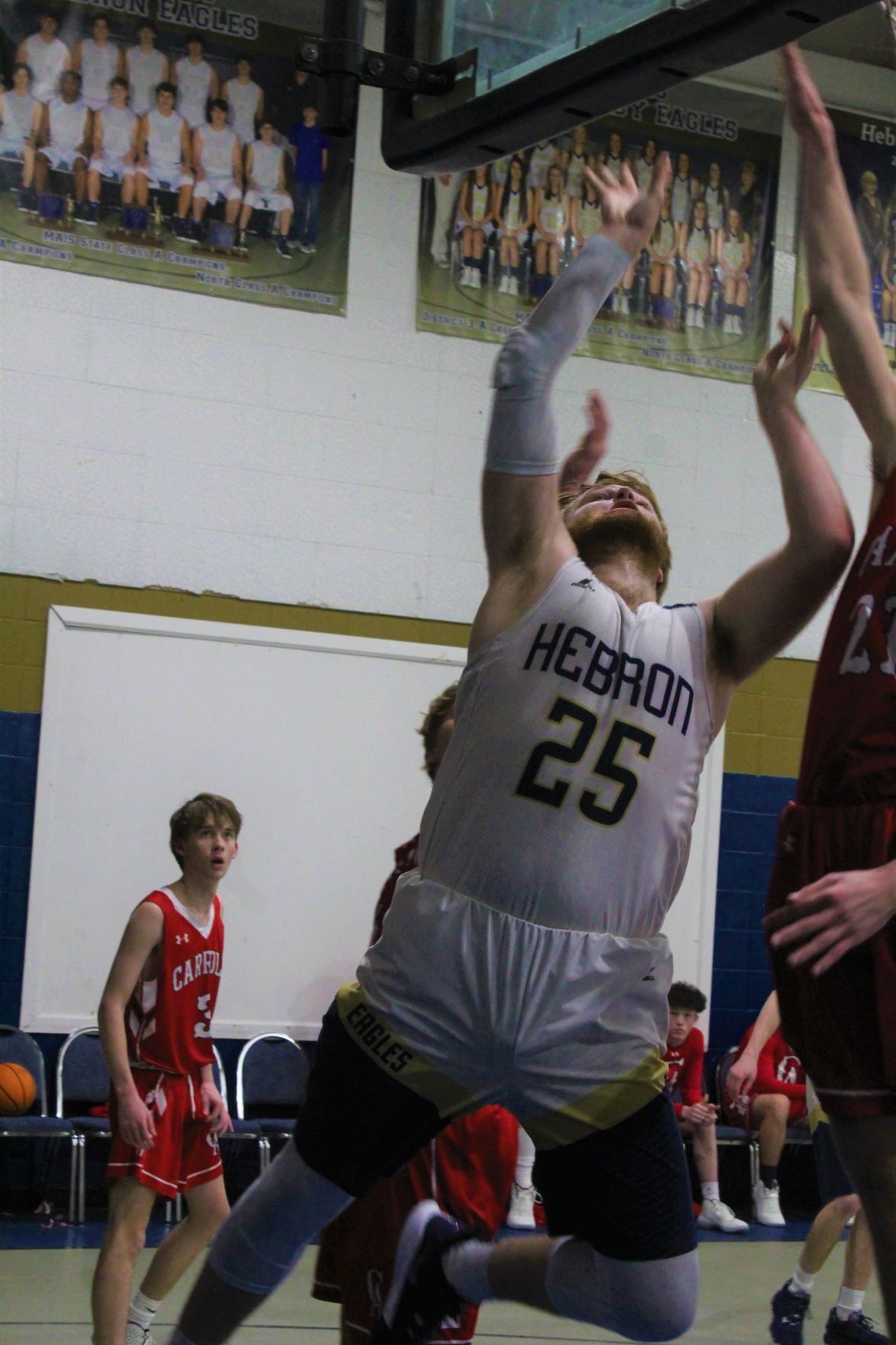 Jon Garrett Lowe drives the ball to the basket for a score.

Dash Turman takes a shot with a defender in his face.

Jon Garrett Lowe drives the ball to the basket for a score.

PHEBA – The Hebron Eagles took to the court for their first game back after an extended absence, where they played the Carroll Academy Rebels.

While the Eagles would fight to the finish, they would ultimately fall by a score of 66-40.

However, the game was much closer than the final.

The first quarter saw a rather disorganized Eagles team, who suffered from foul troubles early on.

The aggressive offense from the Rebels saw them driving to the basket before the Eagles could get set, resulting the numerous fouls in the paint. Leading to the Rebels being in the bonus.

Almost the entire first quarter's points came from free throws, resulting in an 11-7 lead for the Rebels.

However, the Eagles did manage to break the scoring drought, having only one point for much of the first quarter off of a free thrown by Dash Turman, their first shooting score came on an and 1 from Braeden Triplett.

However, the Eagles seemed to benefit from the Rebels being off their game as well, with fouls plaguing the opposition as well.

The second quarter saw a much similar game to the first, each team being evenly matched and each team struggling to put points on the board.

The Eagles would keep it close, heading into halftime trailing by only six points.

The second half saw an entirely new Eagles team emerge from the locker room, however.

The defense was suddenly getting stops without fouling and the offense seemed better able to find the net.

Jon Garrett Lowe had a good performance in the lane, using his size to the Eagles' benefit on defense. While he struggled early on with fouls, the second half saw a much more relaxed performance in the paint. He also managed to put quite a few points on the board.

Head coach Rease Gairhan also said that Lowe stood out to him, in a game where he said that no one played their best.

“Jon Garrett did pretty well down low as far as catching it, getting rebounds for the most part,” said Gairhan. “That was about the biggest thing as far as that goes. We kind of all weren't the best, I would say, we just never had enough in a row good, we had a couple of spurts here and there.”

The game of basketball is a largely mental one, and that is where Gairhan said that the team struggled to find its footing.

The Eagles hope to find their footing heading forward and finish the season strong.