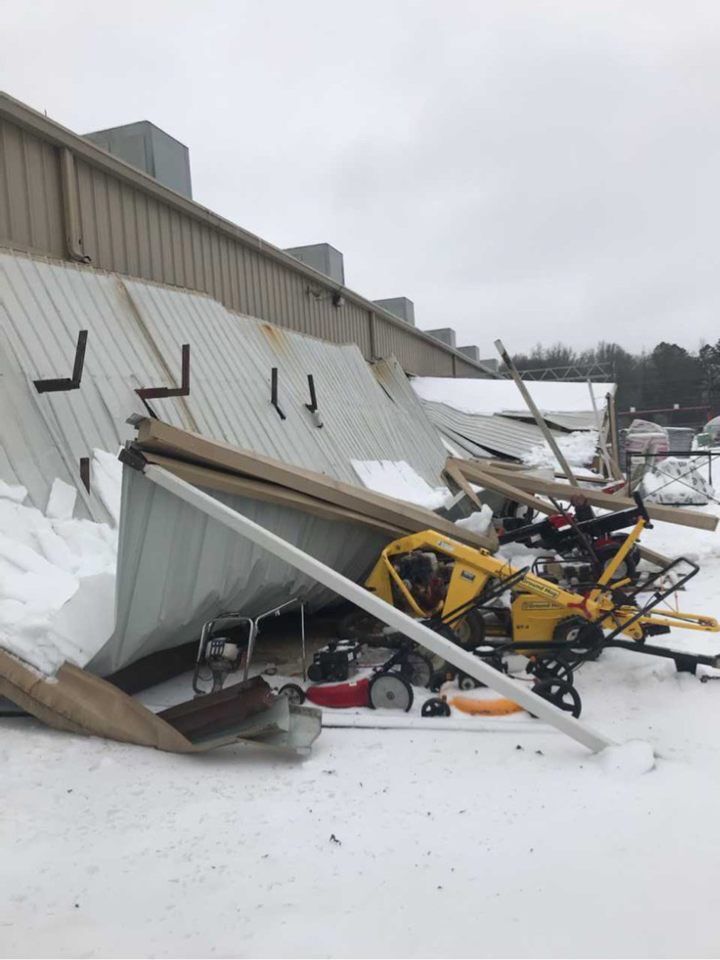 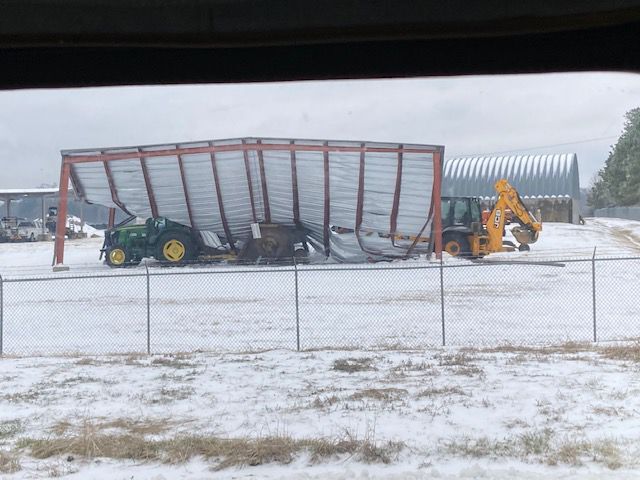 The snow and ice damaged the metal awning damaged at the MDOT property on West Madison St. Houston. 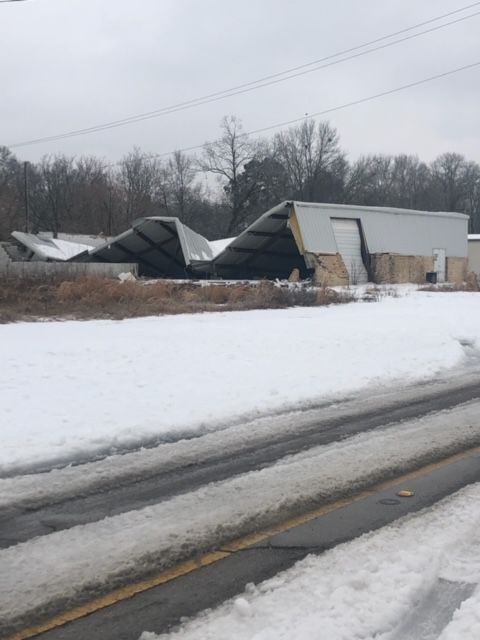 A metal building on North Church Street in Okolona collapsed. 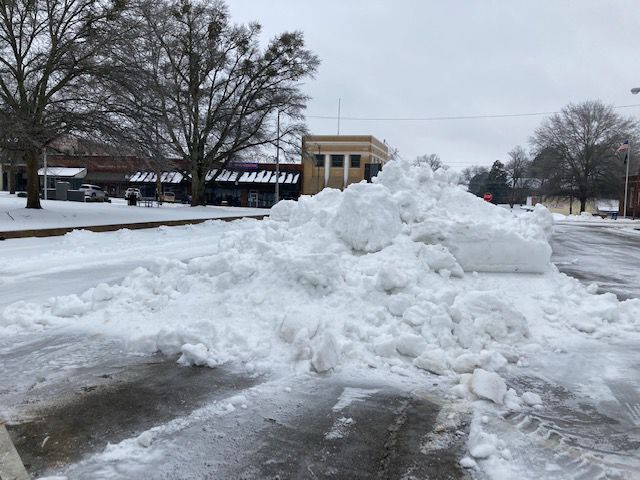 Snow/ice piled up on Houston square.

The snow and ice damaged the metal awning damaged at the MDOT property on West Madison St. Houston.

A metal building on North Church Street in Okolona collapsed.

Snow/ice piled up on Houston square.

HOUSTON -- Chickasaw County EMA Director Linda Griffin Thursday afternoon that although the storm that hit Chickasaw County last week hasn’t caused near the problems she feared it would, the county’s residents

She said she’s received reports of several roofs and carport covers falling in or otherwise damaged due to the weight of snow and ice.

She said she will likely send a disaster declaration to FEMA (Federal Emergency Management Agency) once the extent of storm damages are known.

She said there are no in-county shelters for the homeless or those who might be forced from their home by weather damage or other misfortune.

“We’ve had no requests to set up a shelter. We’ve been fortunate in that we haven’t had any reports of anyone losing power due to the weather.

“If something like that happened, the Red Cross would likely step in to help people find a place to stay, and get fed,” she said.

Setting up any shelter would have to be done carefully, with an eye toward the Covid pandemic.

“Before we’d set up a shelter, we’d likely try to make sure any storm victims were placed with family to avoid mixing people and possibly spreading the virus,” she said.

“We’d figure out something. We wouldn’t let anyone go unsheltered or hungry,” she said.

Other than the scattered storm damage reports, “It’s gone a lot better than I expected, she said Thursday afternoon.

She urged people to avoid any unnecessary driving until the roads clear.

She said she hasn’t heard of any power outages in-county, but many roads remain slippery, making travel slow and treacherous.

Houston Mayor Stacy Parker posted on Facebook Monday, Feb. 15: “On behalf of the city we are asking everyone to use caution during these ice conditions. I have been out assessing the conditions this morning and asking if you don't have to get out please stay home for your safety.

“I have had our city workers out yesterday and today to add salt and sand to our bridges and a few sidewalks. We will continue to do our best during and afterwards to create a safe travel for all. These conditions will last for several days and may become worse due to dropping temperatures.

“Health and safety for our community is the upmost importance. Create a memory with your family and friends as you stick together to stay warm.”

Houlka Mayor Jimmy Kelley said Thursday afternoon that except for a couple of houses that sustained broken water lines, “everything is OK."

Elsewhere in the county, the EMA Director said Okolona has had several broken water lines, and a damaged metal building on Church Street. She’s awaiting more information on any other damages in that city.

The Okolona Electric Department will not attempt to do any cutoffs for non-payments of customers until Monday of next week.

The garbage truck will not run until Monday.

Richie Cousin, Public Works Director, posted on Facebook Wednesday that all water wells are running in full capacity and all issues with broken water mains have been repaired. No boil water notice is needed.

Lee Tutor posted on Facebook: “Thanks (to Okolona officials) for getting our power back on in a very timely manner. We appreciate all the people fighting through this extreme weather. “

Griffin said one thing which may have saved problems in-county is that most local industries shut down during the storm.

“That’s been very beneficial because it kept a lot of people off the roads. That means our first response drivers didn’t have to respond to a lot of wrecks, although there have been a few,” she said.

Even though many people didn’t have to go to work, she’s concerned that some people out for no better reason than joyriding or sightseeing may pay a higher price in pain than they expected.

“My concern is that some of those people may have a wreck, and that due to the condition of the roads, it could take a while to get to them.

“Worse yet, if someone breaks a bone, and then has to be slowly transported over bumpy roads, they’re really going to be hurting by the time they get to an Emergency Room,” she said.