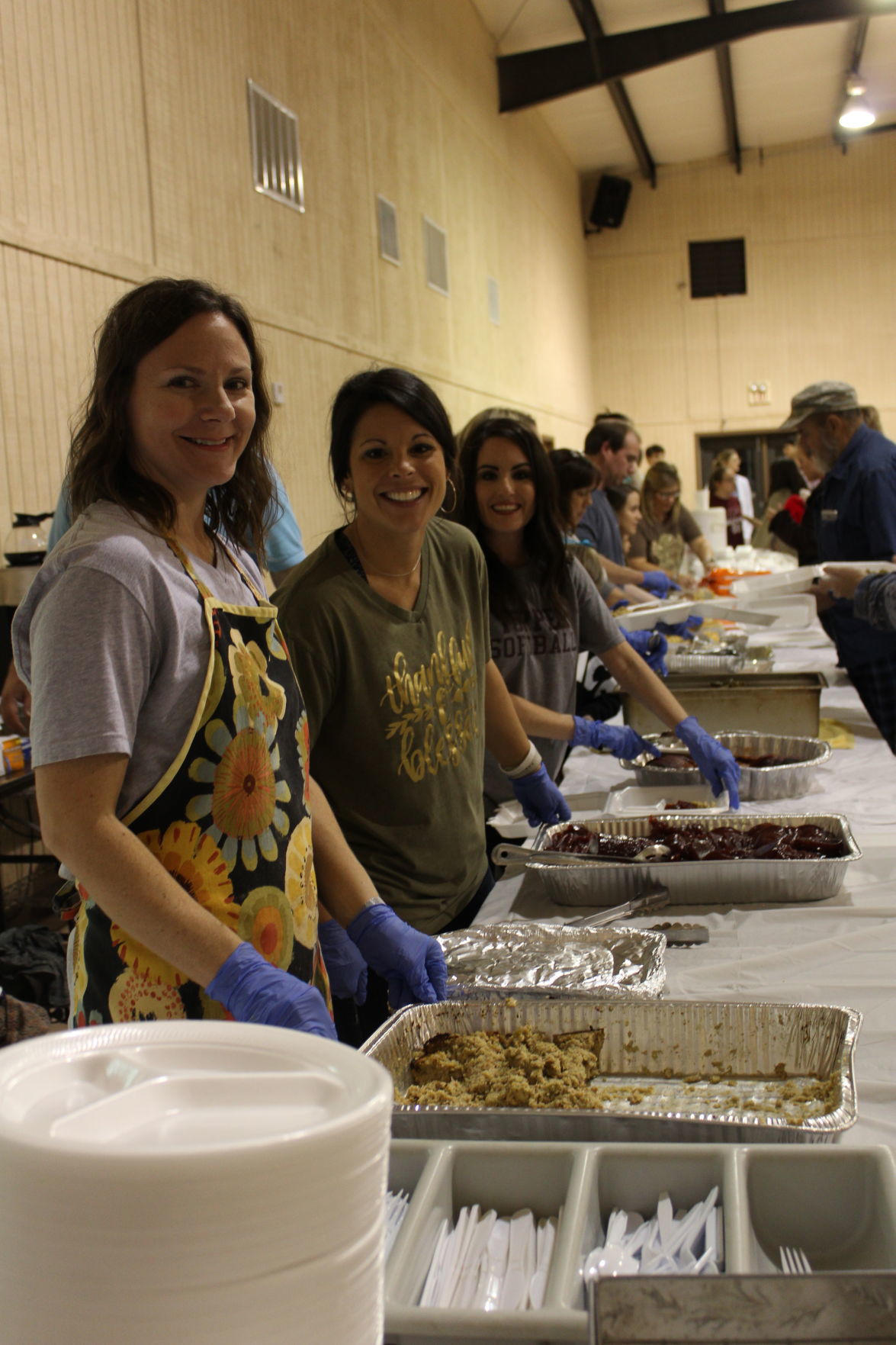 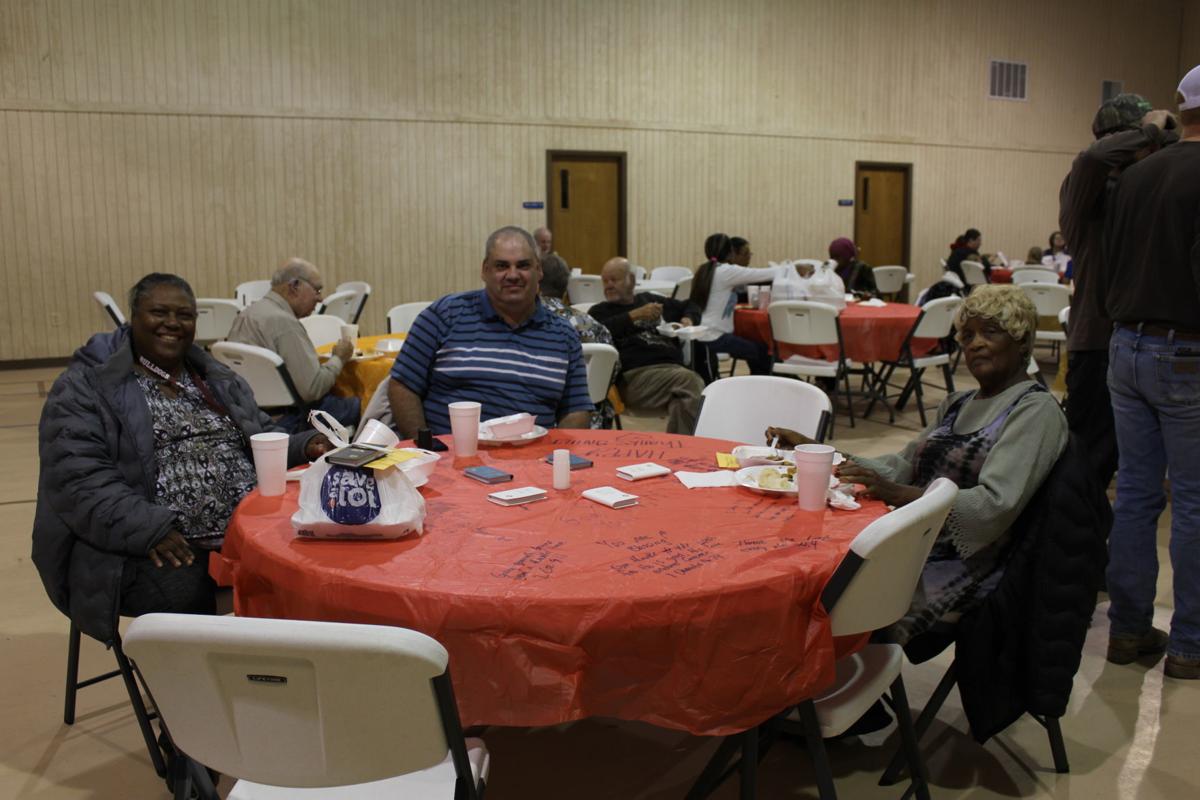 From left: Martha Wilson, Paul Johnson and Mary Wilson enjoyed their meals and some fellowship at Parkway.

From left: Martha Wilson, Paul Johnson and Mary Wilson enjoyed their meals and some fellowship at Parkway.

HOUSTON – Those looking for a good meal prepared with love for Thanksgiving did not have to look far as Parkway Baptist Church in Houston hosted their third annual “Saying Grace” Thanksgiving Dinner on Wednesday, Nov. 27.

People from all over came to the church to get a taste of some southern hospitality as well as some good, Christian fellowship.

The meal is free for everyone, and it was started three years ago by Scott Ellison and his wife Roxanne.

“This is our third year doing it, and we are going to try to continue it as an annual event,” said Ellison.

“This is just a way to give back and invite people to Parkway,” he said. “Its a good way to feed them if they’re hungry and feed them spiritually with the name of Jesus.”

The event has grown in the three years since it started.

This was an increase over the roughly 300 people that they fed the first year.

People can come to the church and either sit in and have a meal with others from the community, or get a plate to go. However, those who are not able to come in are not left out. There is also a delivery option for those who are unable to physically attend.

“We do a delivery side for shut-ins or people who just don’t have the necessary means to get here,” he said. “We try to go to a lot of the apartments where the elderly live.”

Ellison also explained that this is the effort of many churches combined, not just Parkway.

“It’s not just Parkway,” he said. “There are several other churches, the Methodist Church, Arbor Grove, Thorn Church of God, Pleasant Grove. Several people will make different parts of the meal, we just do it here in a central location.”

Churches are not the only members of the community who pitch in. Several local businesses help out.

“Grocer’s Pride donates the hams, The Bank of Okolona donates money to use for whatever we may need, Sonic donated the tea and Woodmen Life made a donation. It has turned into a big thing,” said Ellison.

He is happy to have seen the event take off and help so many, and he is happy with the work they are doing.

“We get to feed people that are hungry and we get to spread the name of Jesus on top that,” he said.