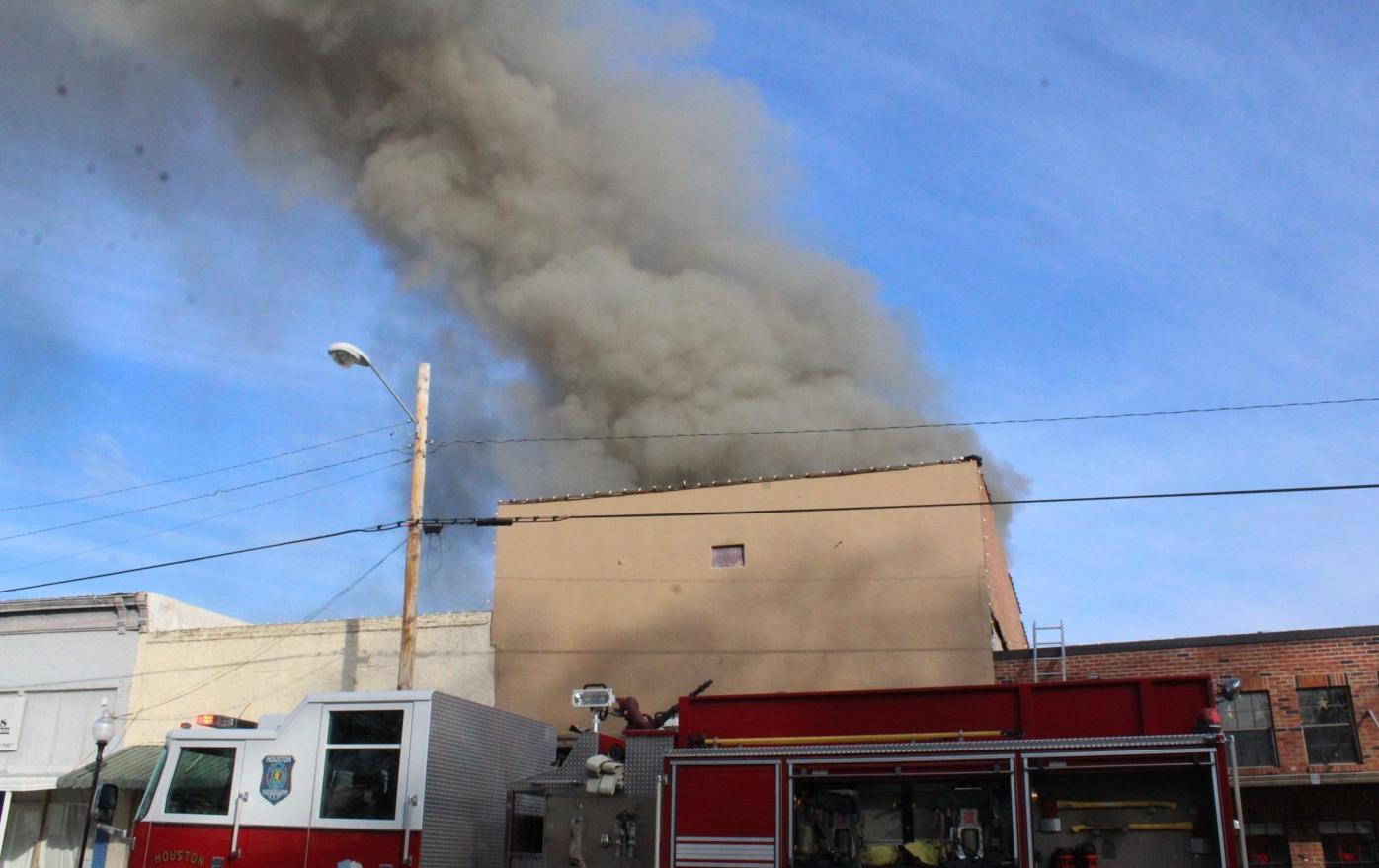 Dark smoke billowed out of the top of the building as the fire raged. 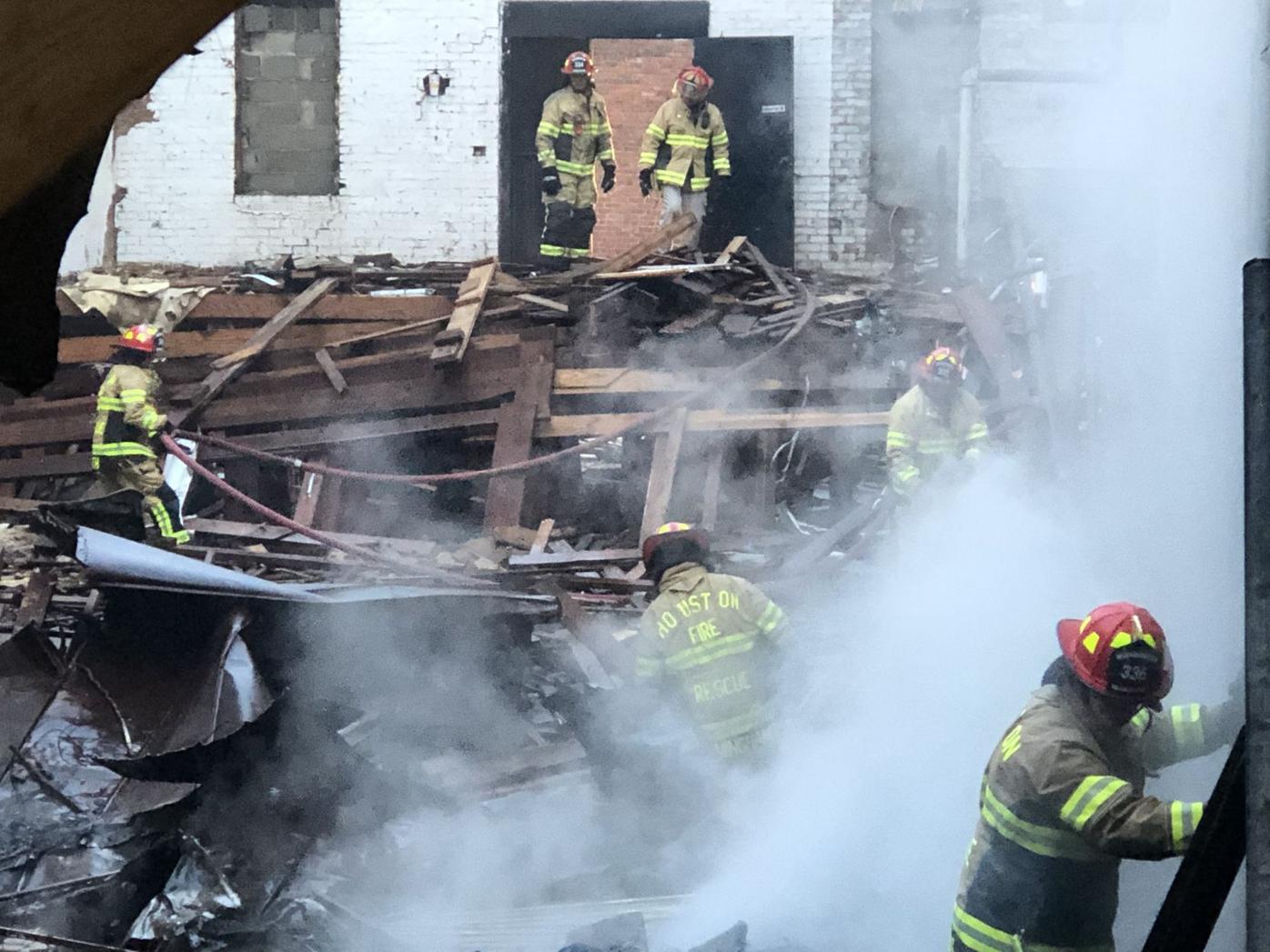 After the fire was under control, work began on clearing the debris. 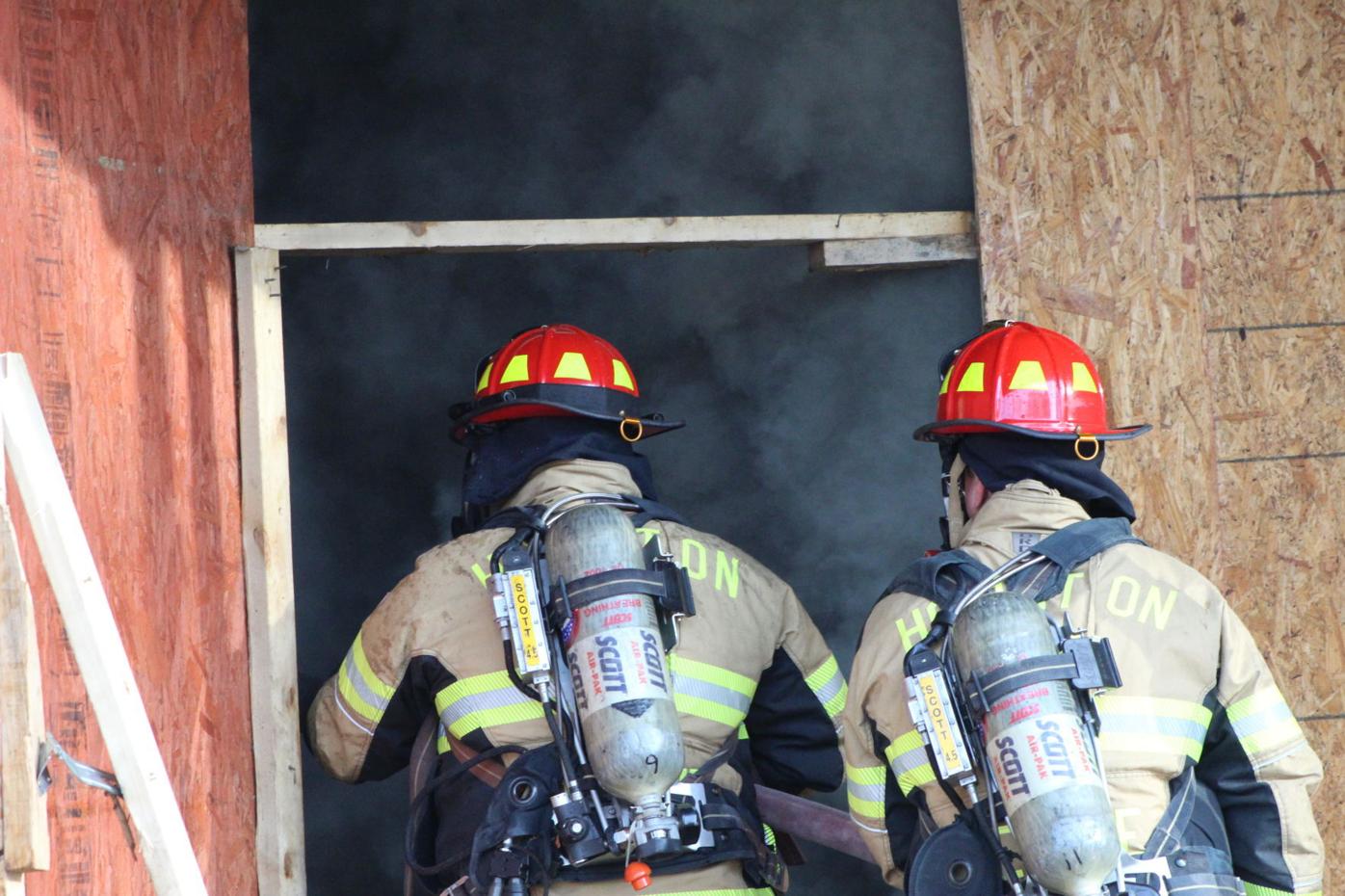 Two firefighters douse the flames with water in an effort to control the blaze. 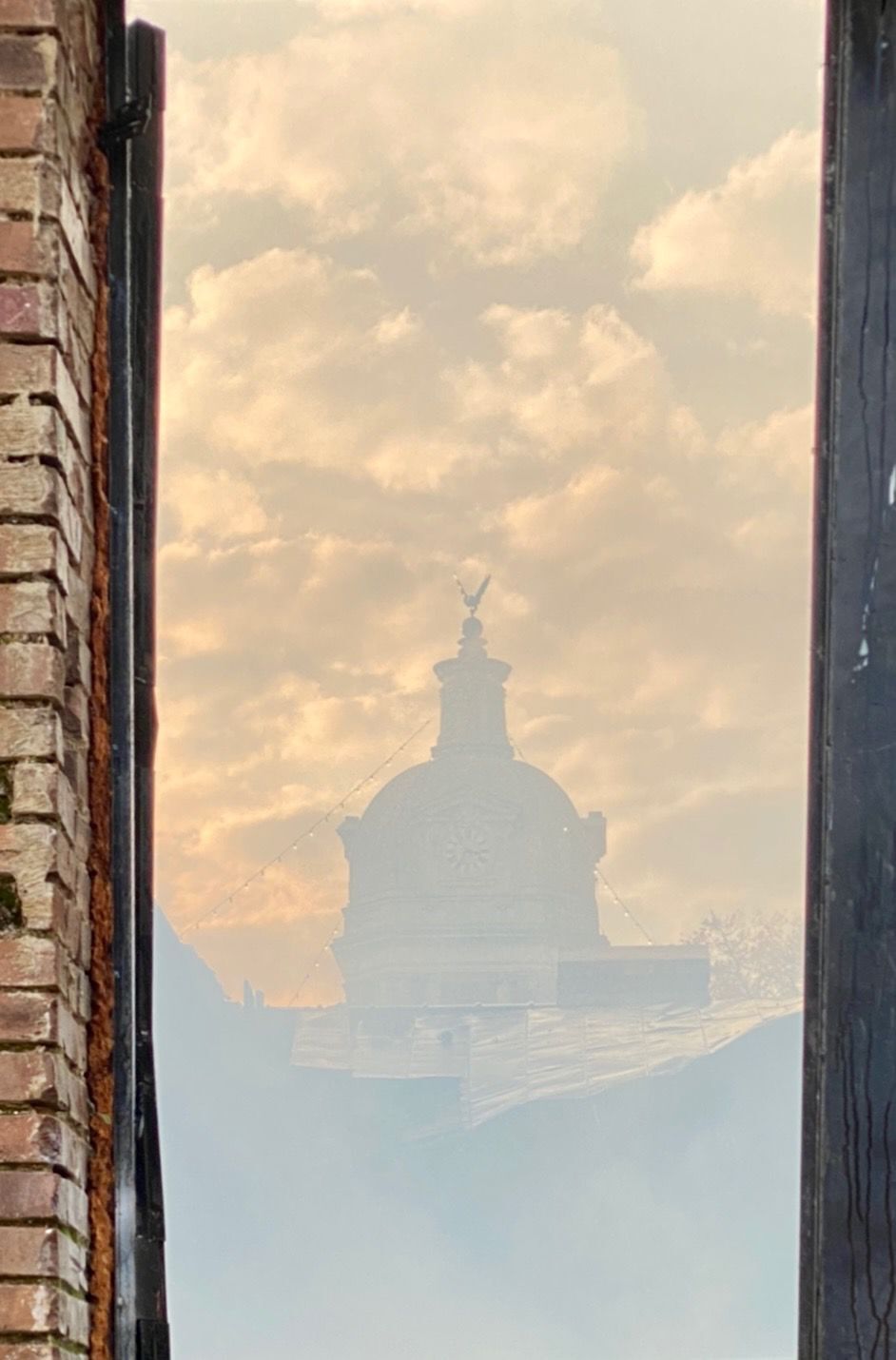 A picture provided to us from Amanda Smith, a firefighter on the scene. It shows the view from the backdoor of the building, which shows the courthouse through the smoke.

Dark smoke billowed out of the top of the building as the fire raged.

After the fire was under control, work began on clearing the debris.

Two firefighters douse the flames with water in an effort to control the blaze.

A picture provided to us from Amanda Smith, a firefighter on the scene. It shows the view from the backdoor of the building, which shows the courthouse through the smoke.

HOUSTON – Houston Firefighters responded to the east side of the square at 2:38 p.m. on Tuesday, Dec. 15 after a report of a fire at the theater building.

A call came in reporting smoke in the alley way behind the theater building, and when a firefighter responded, they found a small hand-warming fire in the alley that the workers were using. It was controlled and so they returned to the station, according to Fire Chief Jonathan Blankenship. After a few minutes, they noticed dark smoke coming from the front of the building and dispatched the trucks from the station.

“We actually dispatched the fire from [the station] and got all of our units responding over there and set up and started trying to fight the fire,” said Blankenship. “Of course our top priority was to protect surrounding exposures, the buildings, really the east side of the square.”

Dark smoke billowed out of the top of the building, which had the roof removed last week as part of ongoing renovations, as firefighters worked to extinguish the flames.

The surrounding buildings were evacuated to ensure the safety of the occupants. The only damage that they received, according to Blankenship, was minor water damage to the two offices on either side of the building, from water seeping in from the spraying of the flames.

Blankenship commended the fast response and tireless efforts of the firefighters who responded.

“I don't remember a time for a long time, that I can say our fire department turned out in such big numbers. Our paid guys came in from off-duty, our volunteers showed up, and everyone of them worked their tail off. They worked hard. I am proud of them and I am thankful for them, I know the whole city is.”

The fire was declared out at around 4:50 p.m. on Tuesday, and responders began clearing debris. They cleared the scene at 5:34 p.m.

The cause of the fire is under investigation.

“The exact cause of the fire is still under investigation, I wouldn't say yet exactly what caused it, because I don't know yet. I am waiting to talk to the workers that were there, wasn't able to talk with them yet, so I have got calls in to their bosses, wanting to verify things before we put anything out there as far as a cause or anything.”

He went on to say that they were unsure if the fire in the alley way was involved in the blaze, or if they were entirely separate events.

No injuries were reported.

The building is in the process of being converted into a theater.

The Houston Council of the Arts, a local non-profit, was formed to oversee fundraising for the project. They have hosted several successful fundraising events including a dinner theater and two concerts.

“At this point, we've not seen any damage to the structure of the building and no one was hurt, so we are very lucky in that regard,” said Chickasaw Development Foundation Director Sean Johnson, who spearheaded the project and helped form the council. “Other than some boards that we were going to repurpose, most of the stuff that burned was destined for the dump anyway."

The timeline for the renovation is not expected to experience any major delays either.

“We anticipate that work will resume in earnest after the holiday assuming there are no extenuating circumstances. Since the main job right now is cleanout, the fire has not set our work schedule back that far. Our hope is still to be able to begin utilizing the space this summer.”

Johnson went on to also commend the response from the fire department and the quick work they made of what could have been a disastrous situation.

“We appreciate and have deep respect for the Houston Fire Department and other first responders and how quickly they were able to get the fire under control."