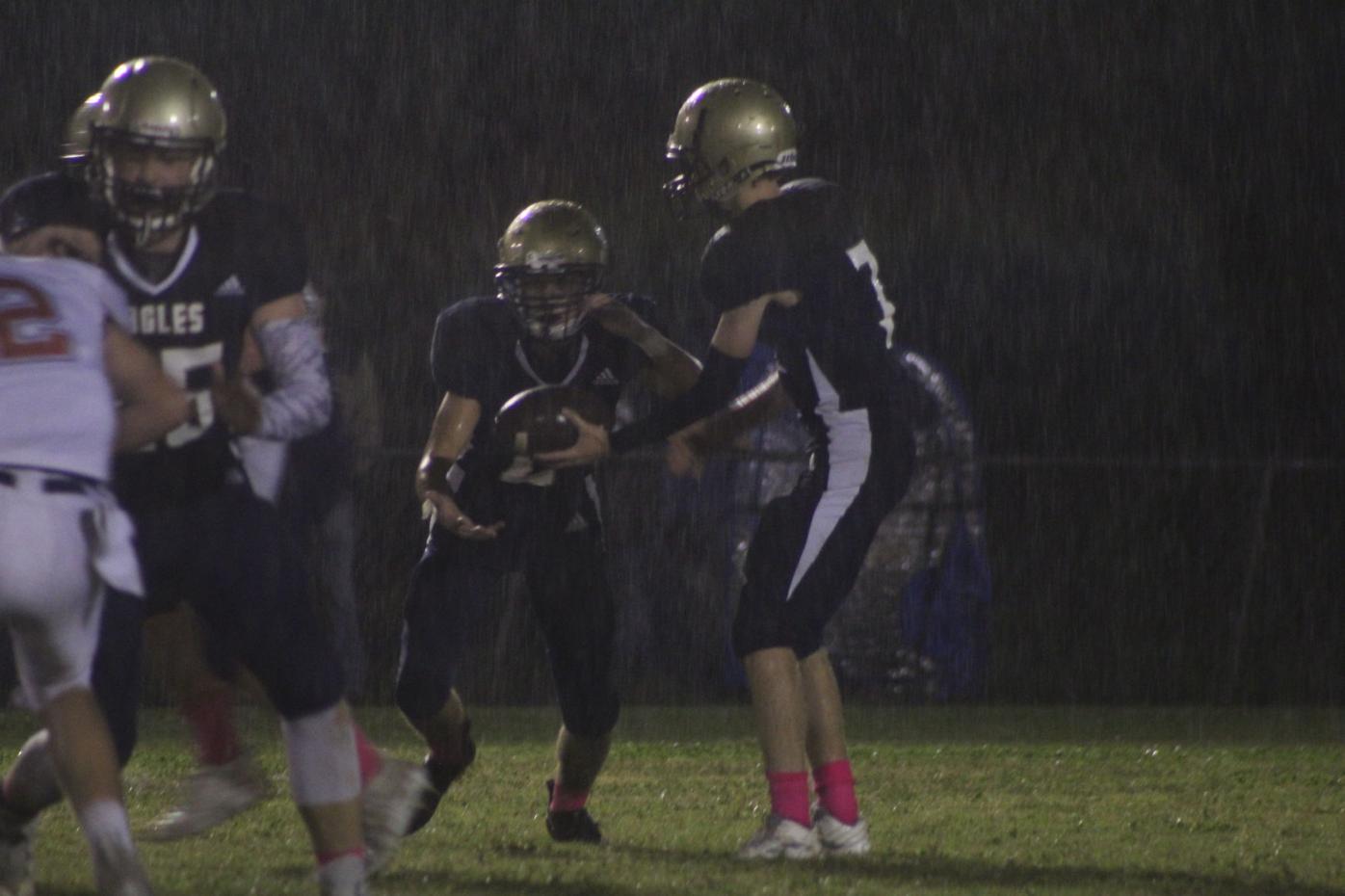 Quarterback Braden Triplett hands off the ball to Dash Turman. 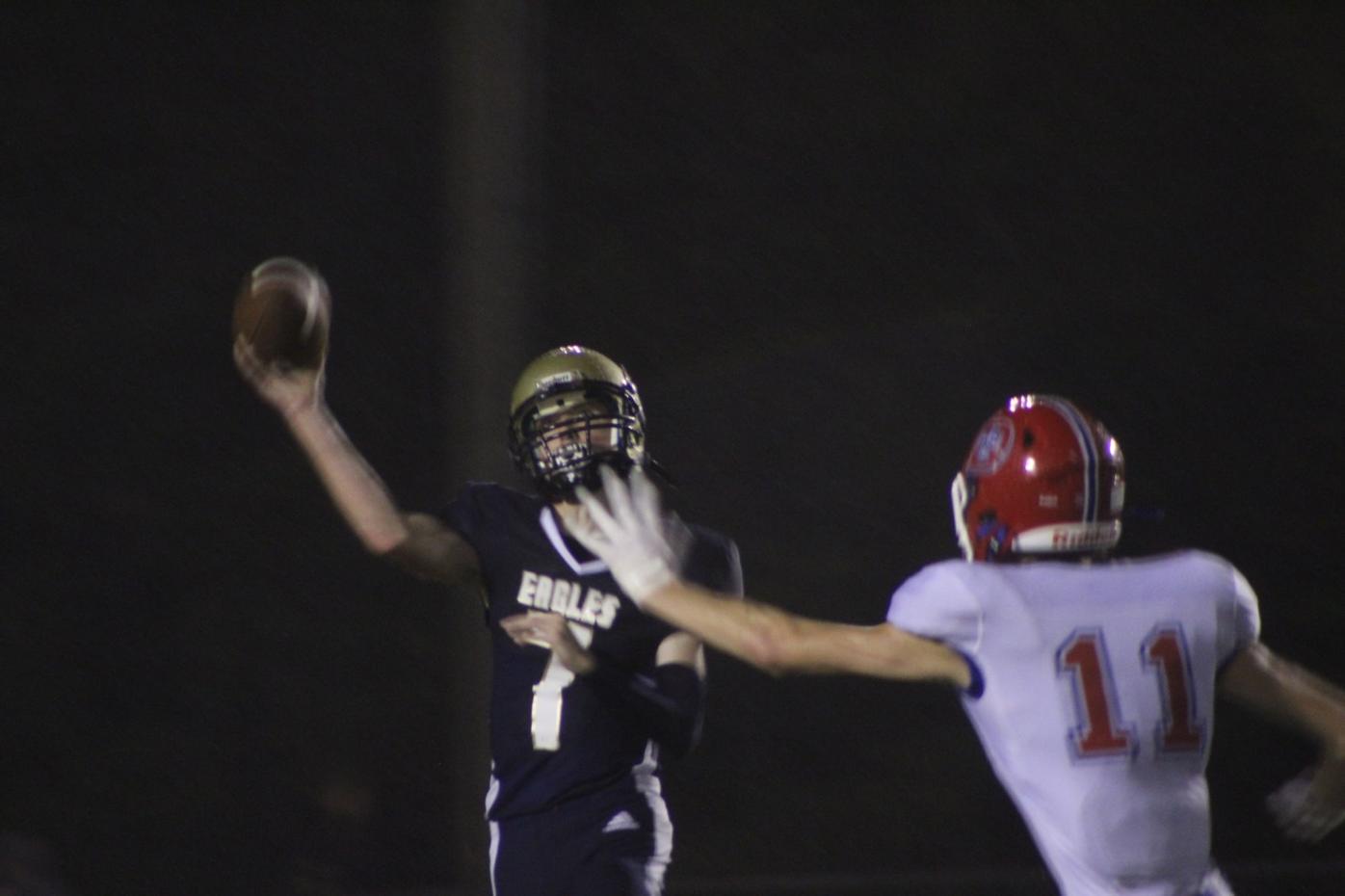 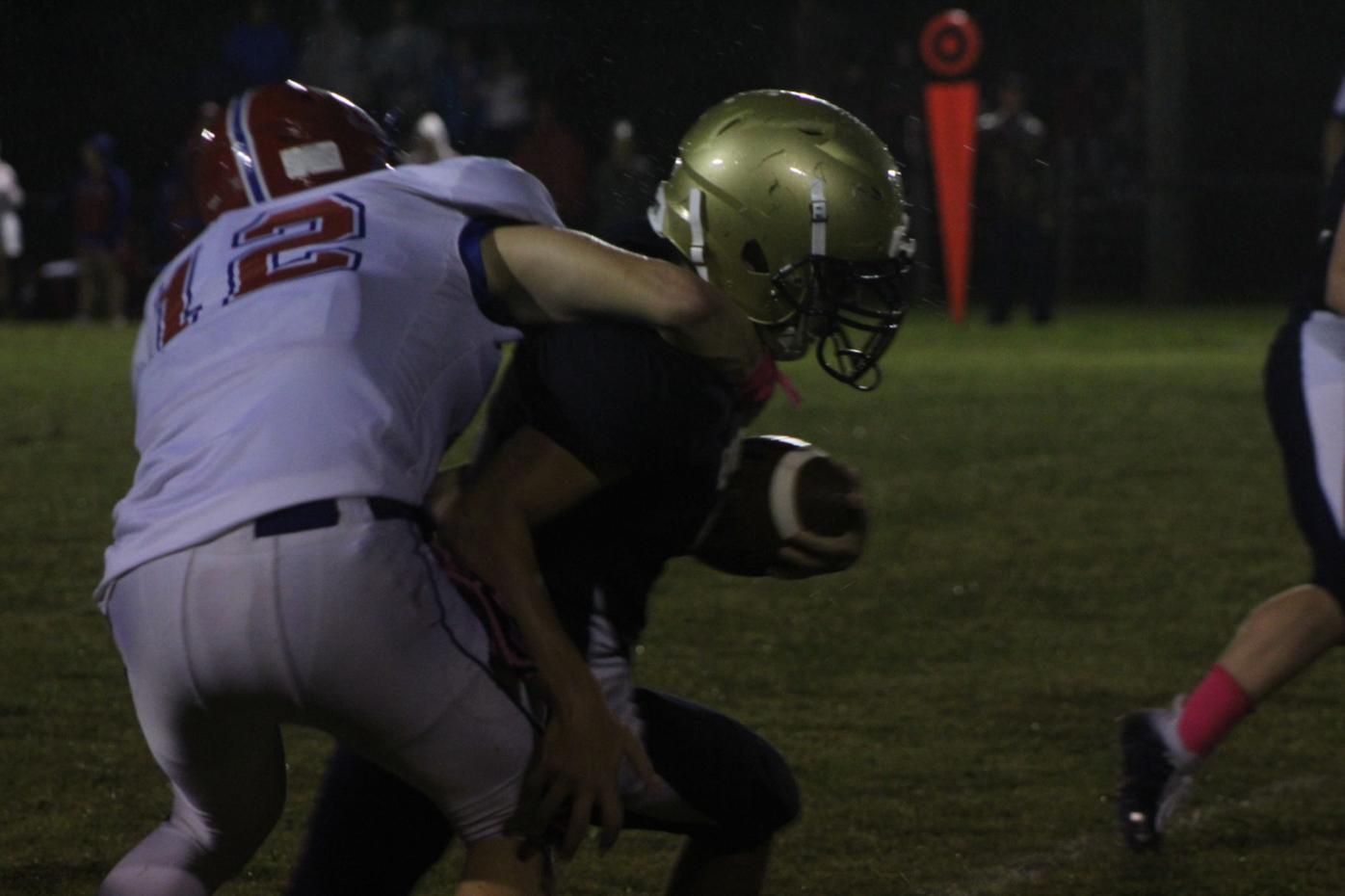 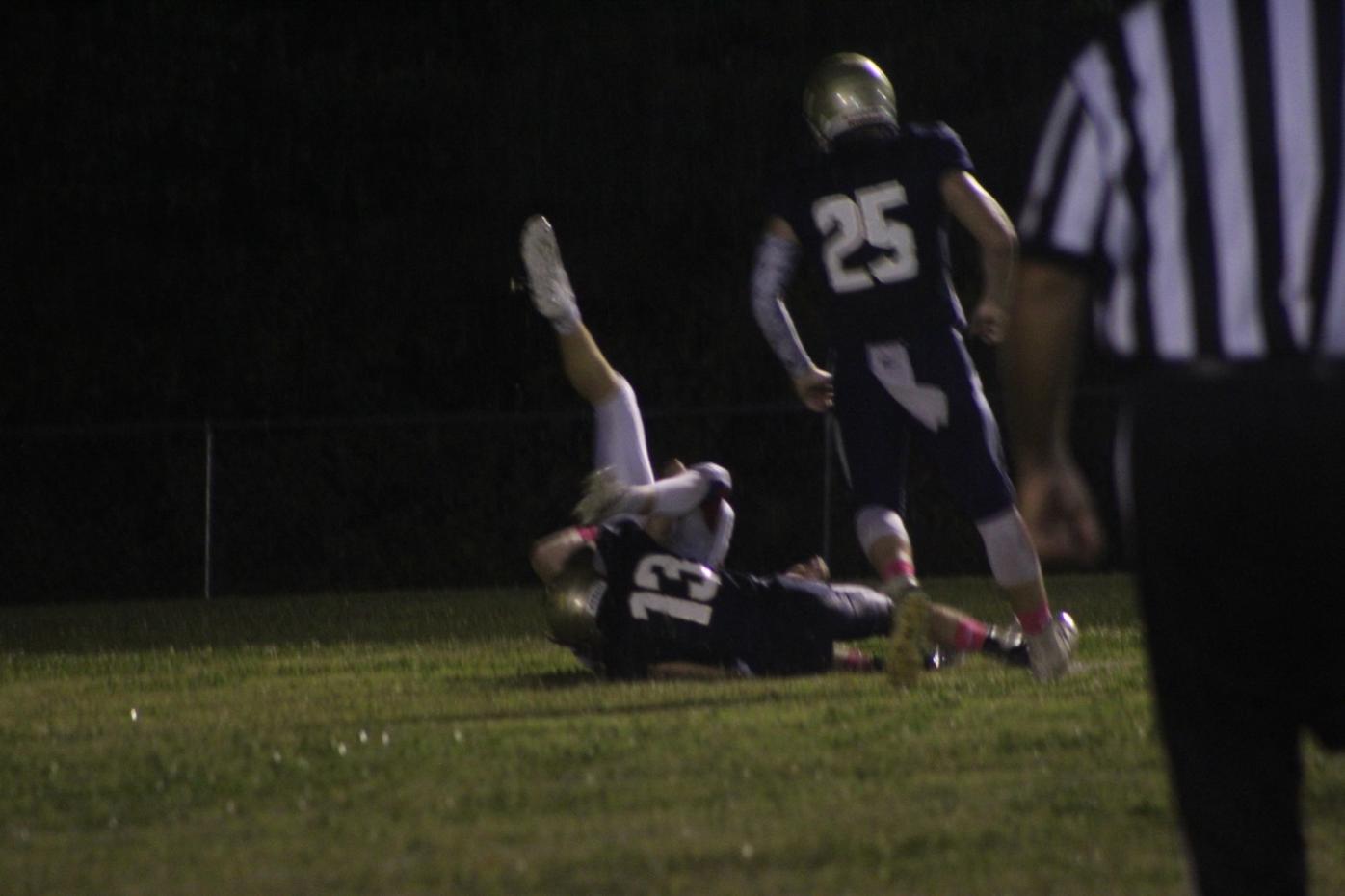 Quarterback Braden Triplett hands off the ball to Dash Turman.

PHEBA – The Hebron Christian Eagles took to the field for their homecoming game against the DeSoto Thunderbirds from West Helena, Arkansas.

The Eagles were looking to bounce back after last week's disappointing loss to Unity Christian on the road.

However, this was not the case as the Eagles would end up losing by a score of 50-6.

The Eagles gave up a score in the opening minutes of the game, and they did not seem to be able to shake that for the remainder of the game.

Both defense and offense were issues for the Eagles, with quarterback Braden Triplett throwing several interceptions, a few of which were pick sixes.

This coupled with the fact that they only put one score on the board proved for a disappointing outing for the Eagles offense.

The defense did not fare any better. The biggest problem for the defense seemed to be attacking the gap. They struggled with this, and it left lanes open for large gains for the T-Birds on almost every play.

All the while, rain poured by the bucket load as the remnants of Hurricane Delta made its way into the area.

While the wet field did not have too much of an effect on the game, the wet ball certainly seemed to. The Eagles had a few fumbles that could very well have been avoided otherwise.

Hebron is looking to put the last two weeks behind them and look forward as they will take on Columbus Christian on the road on Friday.

What good are highway speed limits few obey or enforce?

Stay strong and carry on, it will get better

Rams fall to Warriors at home

Chieftans fall to Seminoles in first game back from COVID