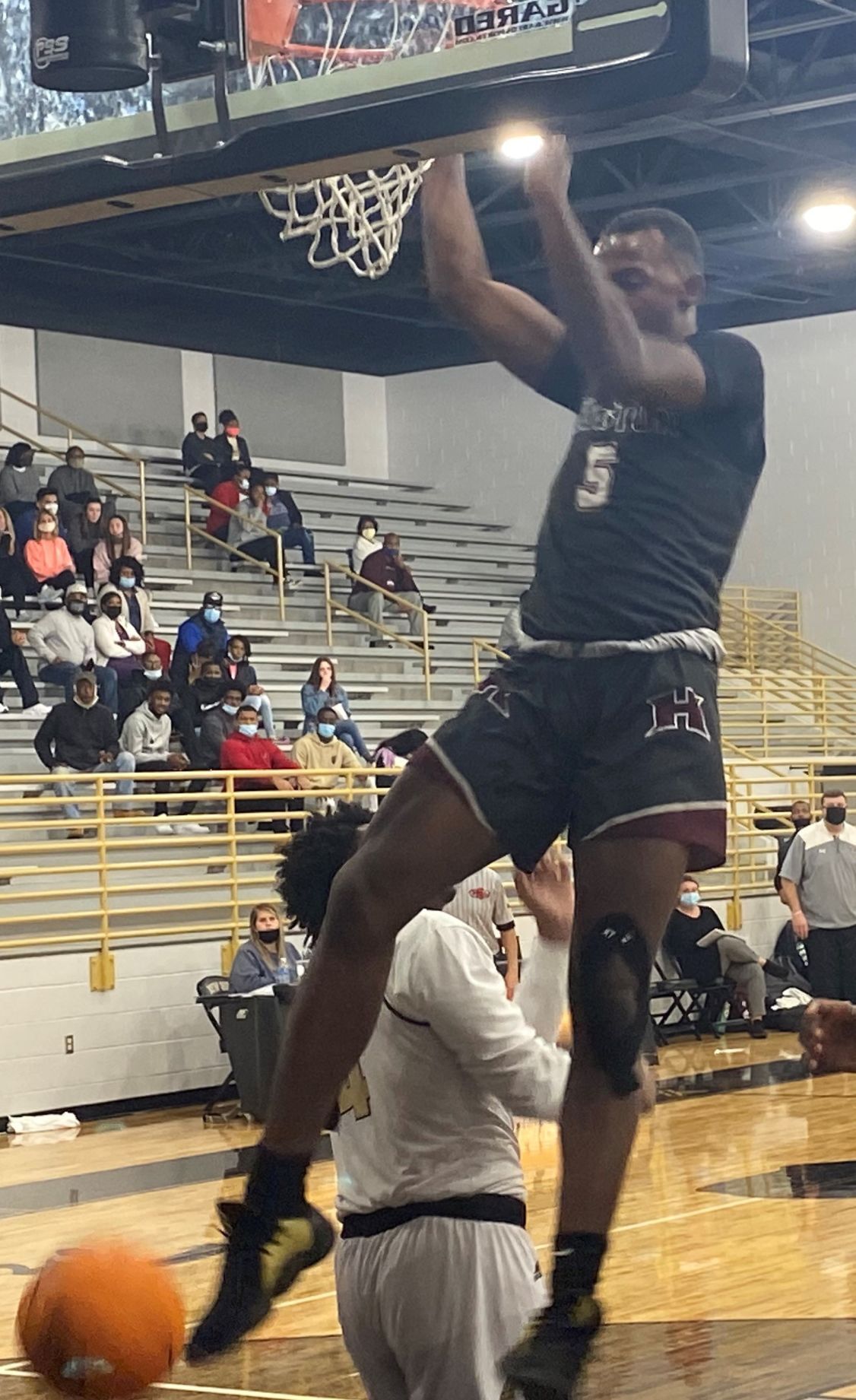 MJ Smith lays down one of his dunks. 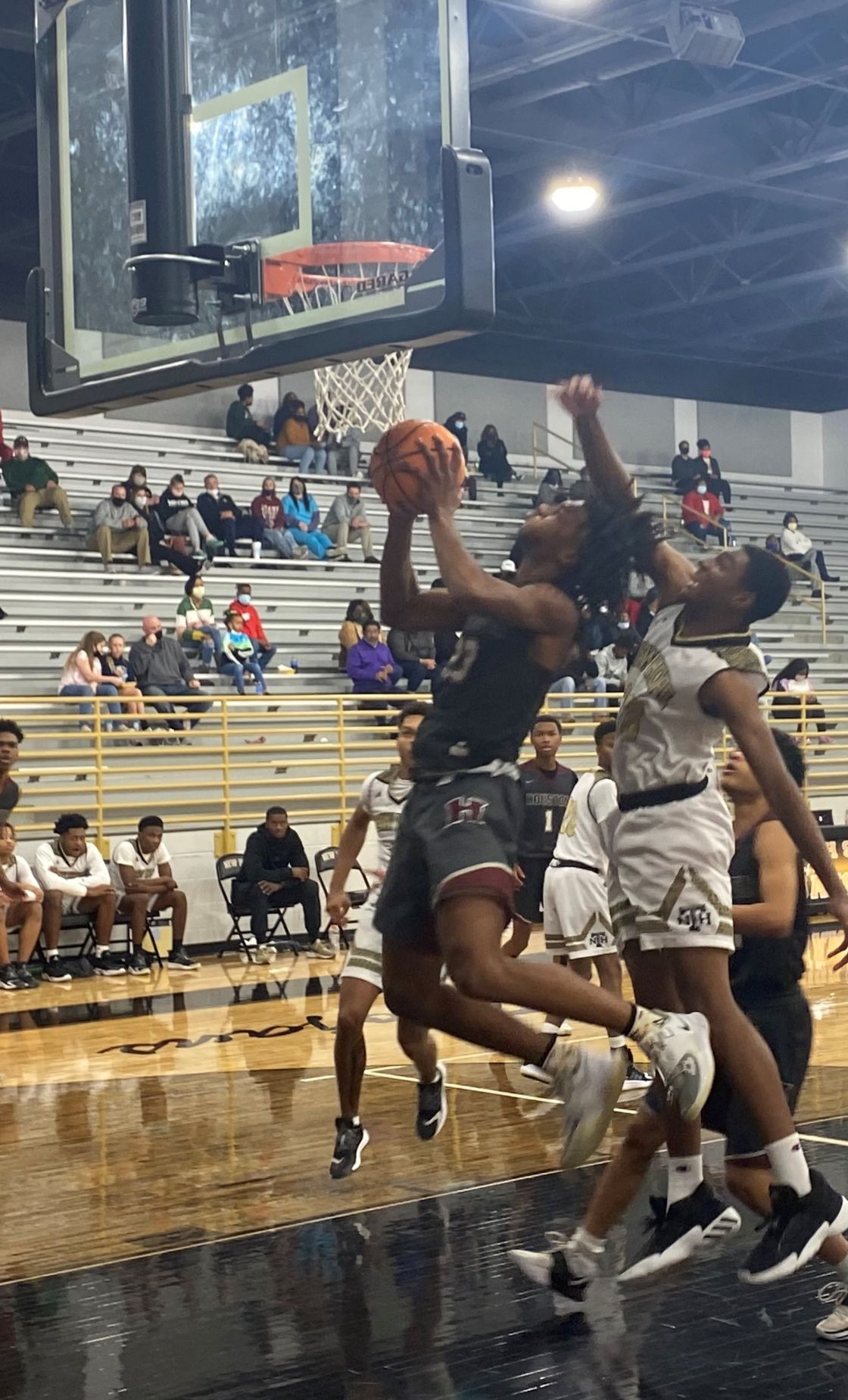 Shemar Crawford drives to the rim. Crawford had 23 points in the game.

MJ Smith lays down one of his dunks.

Shemar Crawford drives to the rim. Crawford had 23 points in the game.

NEW HOPE -- Playing against any opponent that is bigger than you is always a problem in a game like basketball. Sadly this week the 3A Houston Hilltoppers found that out, playing against the 5A New Hope Trojans.

With a final score of 70-55, the Hilltoppers were never able to get any solid footing. Usually, a team that plays with a bit of swagger and confidence, the Hilltoppers looked upset and off-balance this whole game.

Players who have essentially been scoring machines had trouble all night against a fast New Hope team. While the Hilltoppers have played teams that have had fspeedthis season, they have not played teams that were comparable in size. This was not the case for this game, however.

In the first half both teams were feeling each other out and the score was a lot closer than it would be for the rest of the game.

In the second quarter, however, New Hope took over as the clear leaders of the game by keeping Houston away from the hoop by either stealing the ball or getting easy rebounds.

Possession, or lack thereof, became the glaring issue for Houston in the second half. With the starters for Houston being kept in and running the floor, exhaustion was clearly becoming an issue. Missing ques and giving up easy rebounds, the Trojans were just able to keep the ball away from the Hilltoppers.

With that being said, Houston did not just fold to the bigger team. Players like Shermar Crawford took home 23 points alone. MJ Smith was able to get 12 points while also being the lead blocker and rebounder for the Hilltoppers.

Another good thing for head coach Chris Pettit to see was his team being a lot better about penalties. The aforementioned swagger and confidence of the Hilltoppers can sometimes get them in trouble, but this game the Hilltoppers looked more mature.

“We knew these guys were going to score. This is a good team with scorers all around,” said coach Pettit about the Trojans.

“We have a lot of guys who are new and don’t really have the hungry dogs that we’ve had for the past few seasons. It’s understandable with the lack of rhythm we’ve had all season,” said Pettit making note once again about how much this season has been a trial for all involved.

Houston will take on the Noxubee Tigers next Friday with the hopes of bouncing back. This should be a game where Houston can shine with the Tigers being 2-3 currently.

Houston has beaten every team that has beaten Noxubee except for New Hope at the time of writing so coach Pettit and the team should be able to get out of this slump.