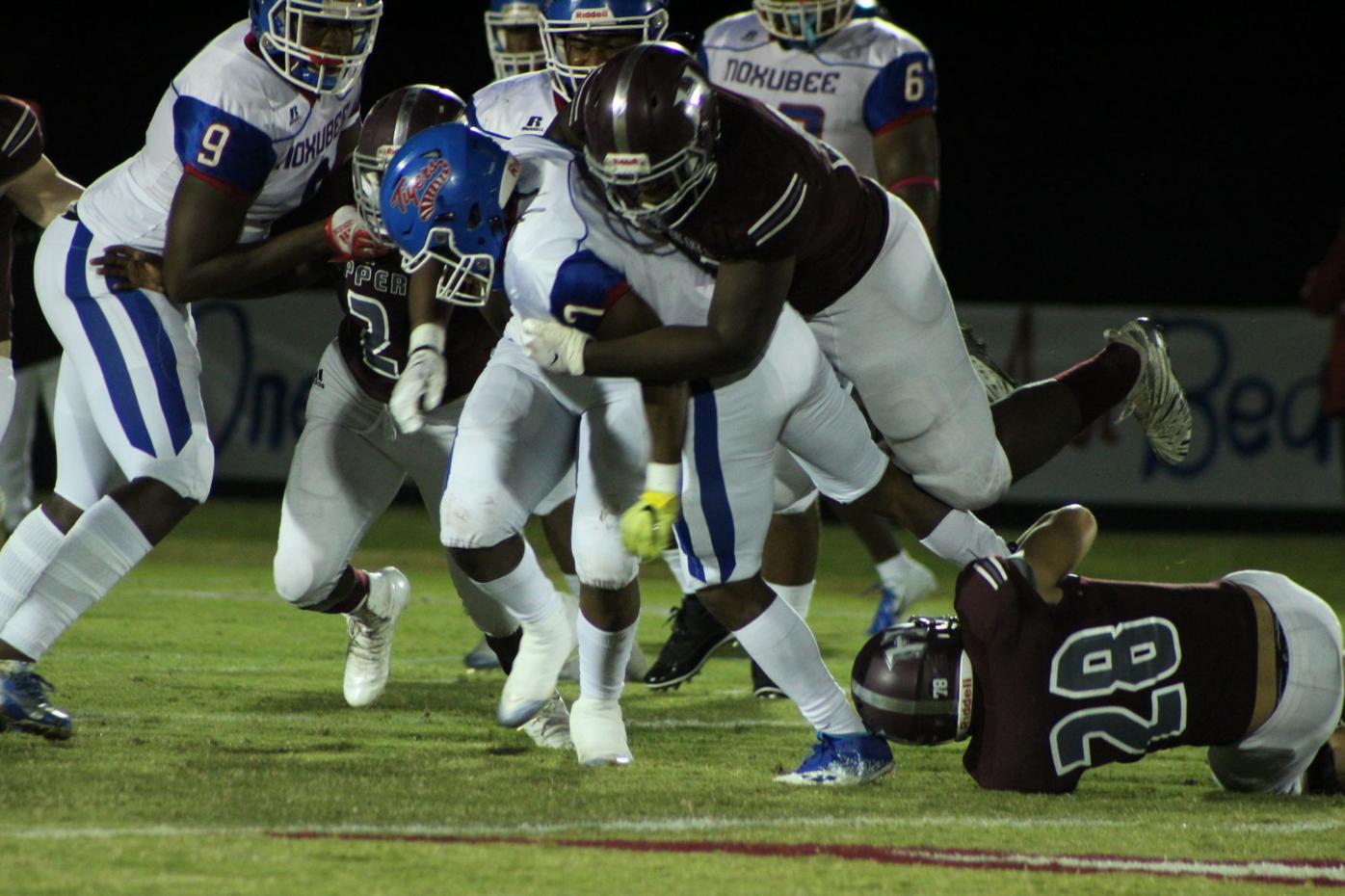 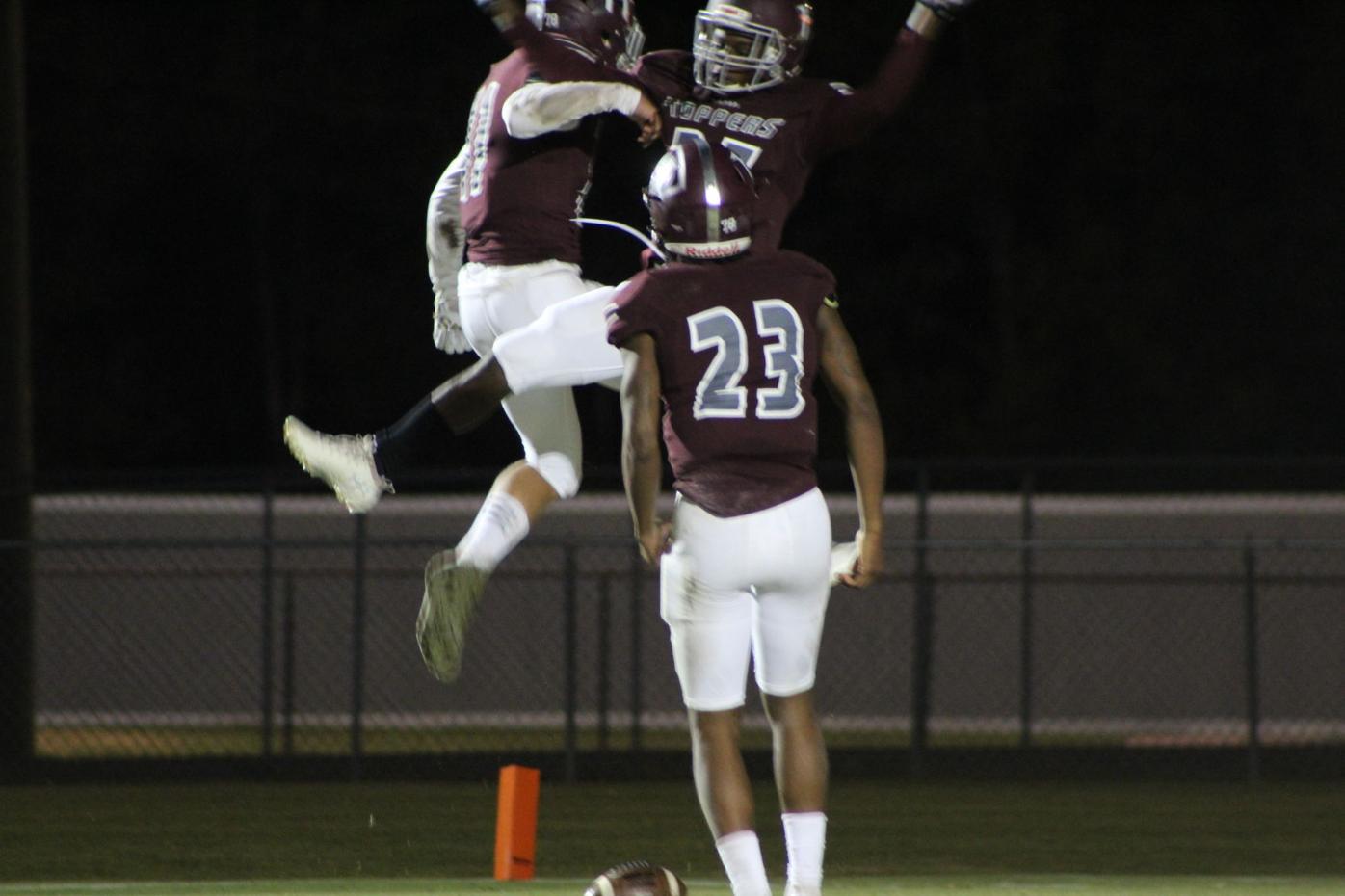 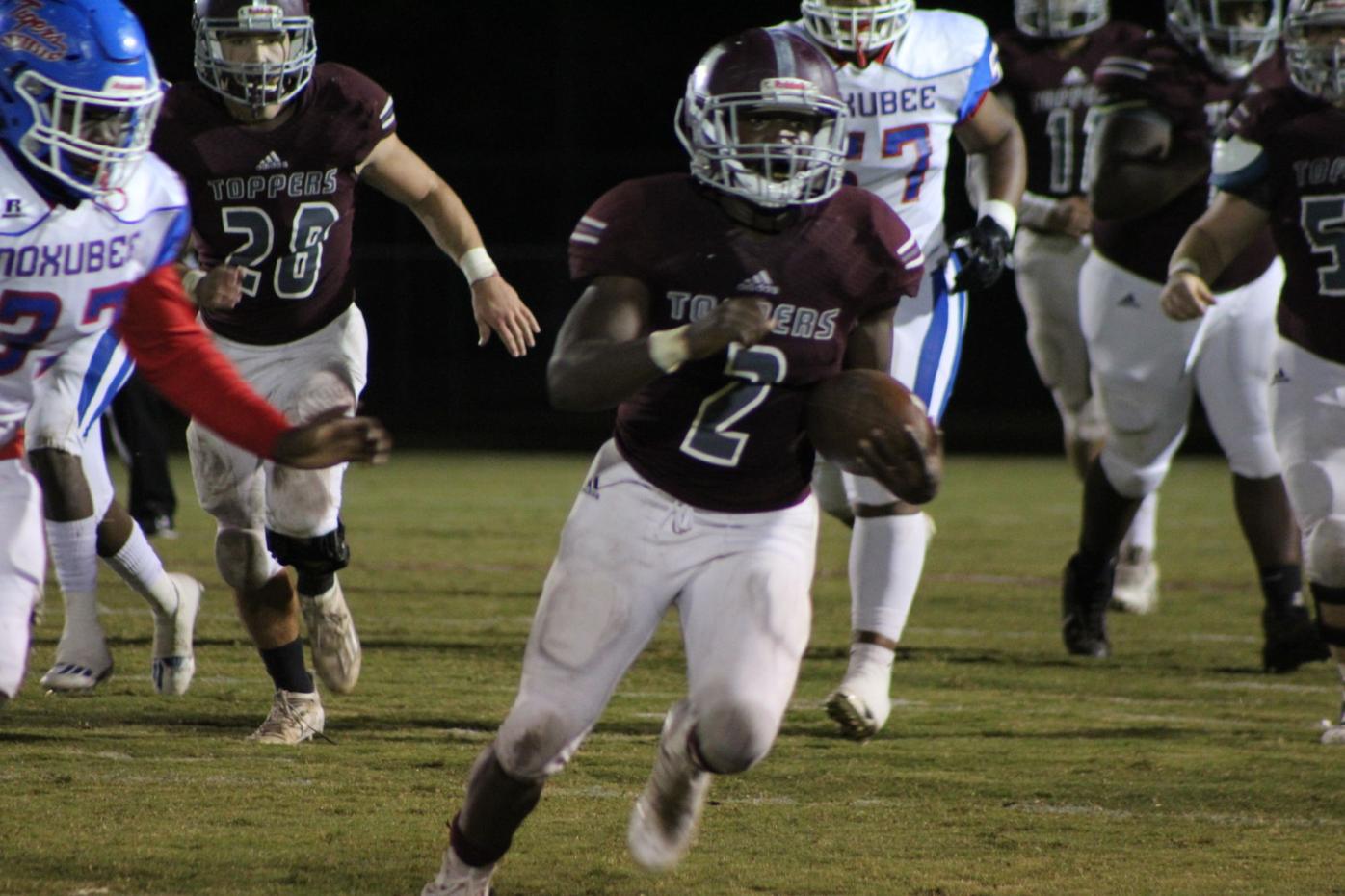 Jalen Washington breakss away on a run. 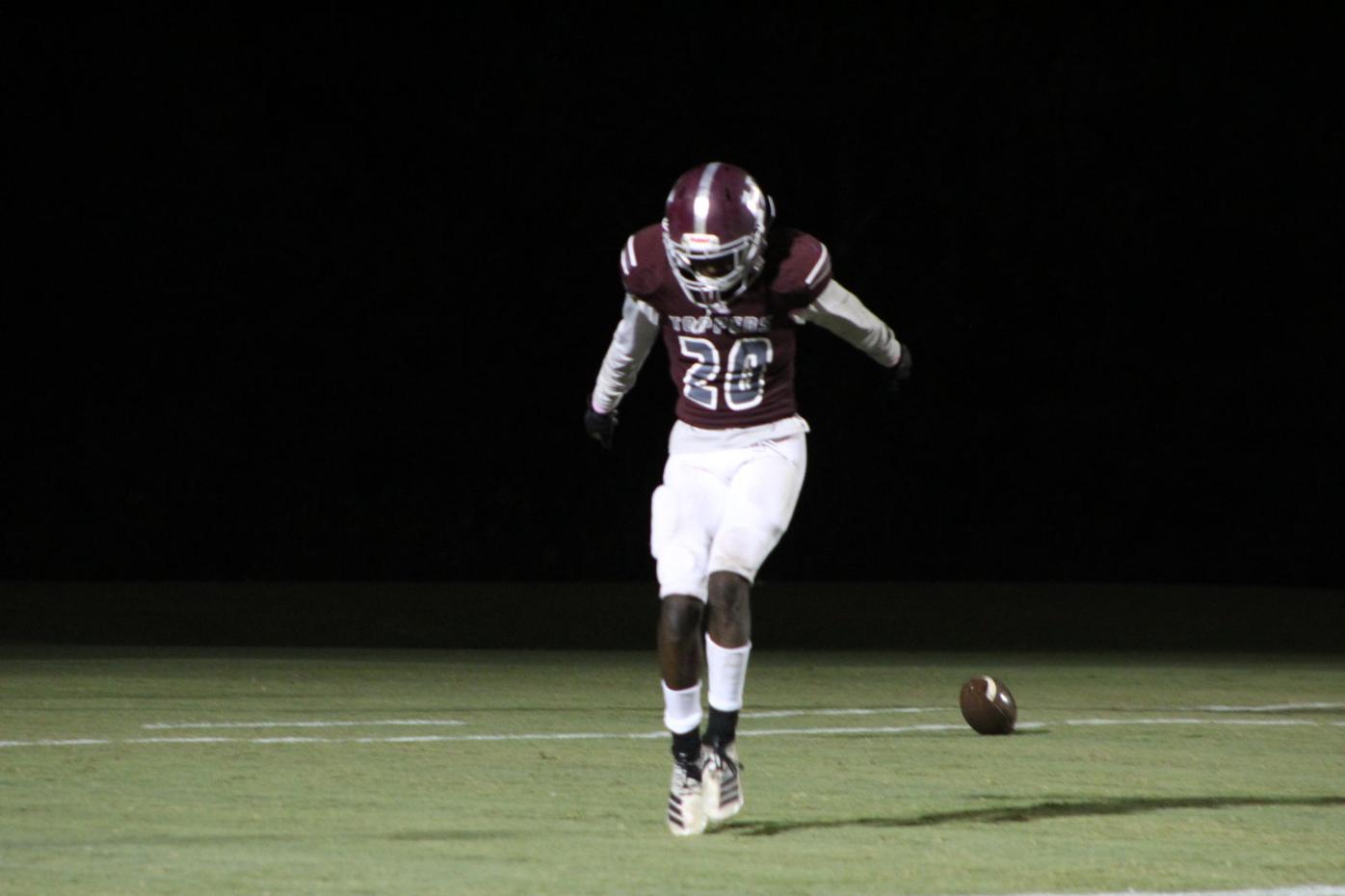 Jamarion Hamilton celebrates after his pick 6. 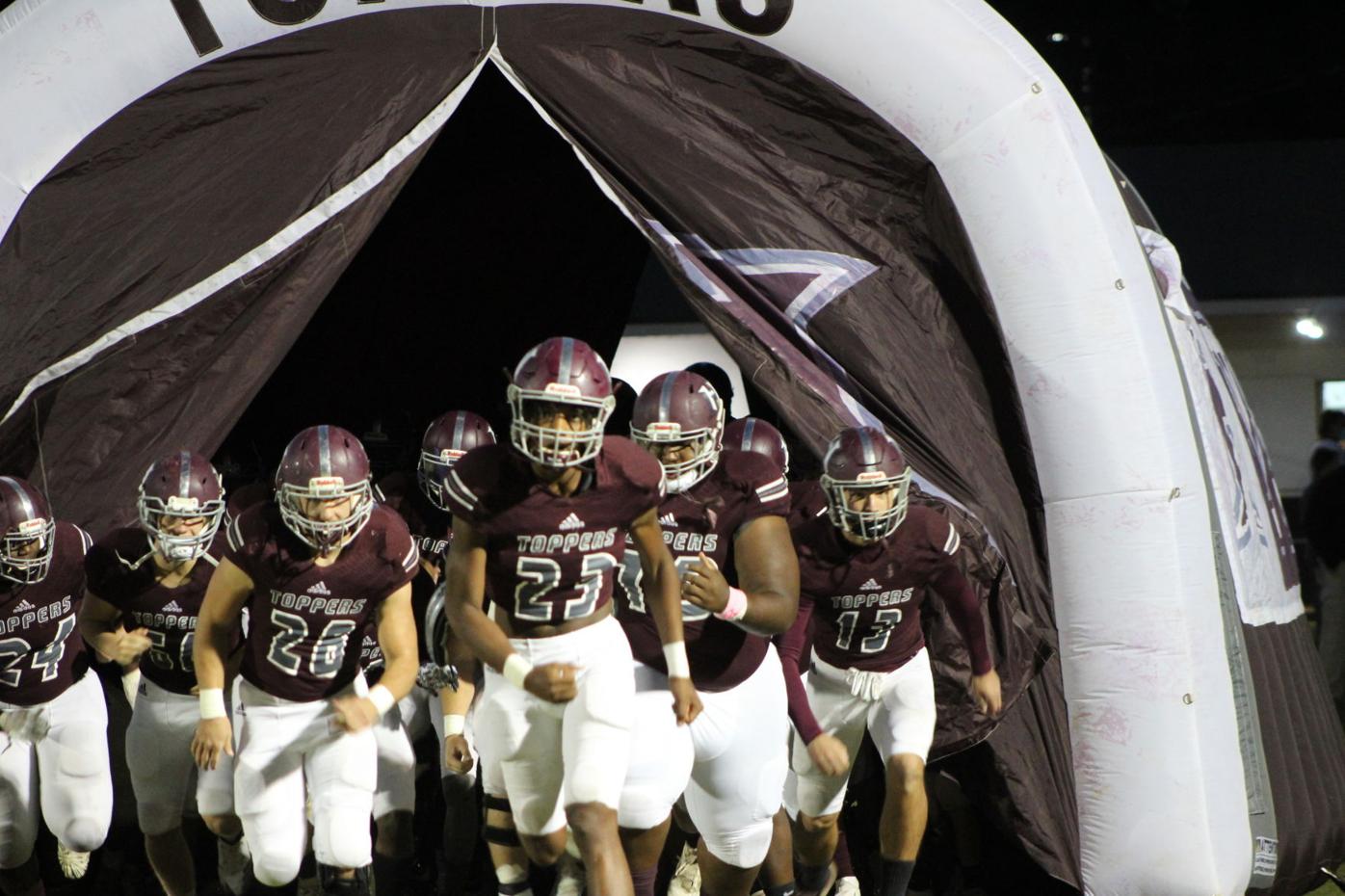 Shemar Crawford leads the team onto the field.

Jalen Washington breakss away on a run.

Jamarion Hamilton celebrates after his pick 6.

Shemar Crawford leads the team onto the field.

The Toppers managed to hang in the game, however, the final score was 15-13 in favor of the Tigers.

The game was a sloppy one for both teams, with penalties on what seemed like every other drive. There were also several costly fumbles and interceptions.

The Topper offense, which according to head coach Baylor Dampeer is the main struggle for the team right now, started the game with a fumble by quarterback Red Parker on the opening play.

However, Parker atoned on the next play, while pulling double duty on defense, he intercepted the pass on the Tigers' first play, resulting in the Toppers' second chance. This second chance would be squandered, however, by a fumble on the 45 yard line that was recovered by Noxubee, and who would go on to score on the proceeding drive, making the score 7-0.

After a failed fake punt and a good drive by the Tigers, it appeared another score was imminent, however, on 4th and goal, Houston's Jamal Cooperwood intercepted the pass, ending the Tigers' drive and getting his team the ball back.

Houston would go on to put up their first points in that drive, making it 6-7 after a botched field goal attempt.

It would remain this score at half time, and it was a messy first half, with both teams making costly mistakes that cost them field position, and even points on the board.

The Toppers then took over deep in their own territory, with the drive resulting in a safety on Parker. This brought Noxubee up to their final score of 15, however, the Toppers were not done yet.

While the offense failed to make very many huge plays, the defense made their fair share.

Freshman Jamarion Hamilton earned a pick 6 on an interception deep in Topper territory.

He returned the ball for almost the length of the field for the touchdown.

Jamal Cooperwood successfully kicked the extra point, bringing the game to its final of 15-13.

The Toppers, after a successful defensive drive, attempted to make a comeback late in the 4th quarter, however, Parker was injured after a sack in the backfield, and he was taken out of the game.

After the game, he was carted off of the sideline with an apparent leg injury, and his condition remains unknown.

Gage Harrington stepped in to the role of quarterback, however, it was an unsuccessful drive.

“That was big. When your quarterback goes out it makes it tough, but Gage Harrington came in, and they tried to rally there, and find a way to get it done.”

The Tigers, relied almost exclusively on senior running back Damian Verdell, who accounted for most of the Tiger's yards. It took the Topper defense a while to find an answer for him. Once they did, however, the scoring was stopped, and the Tigers were at a standstill.

Coach Dampeer was proud of his team, even though they did not take home the win.

“Its not the outcome we wanted, but the kids played really really hard. Defense played their tails off again, and we just have to find a way to string some things together on offense. Its a great ball club that we played and it was a good test to see right where we are.”

Looking to next week, where the Toppers once again face a divisional game against Choctaw County, Dampeer said that their strategy is a simple one...win.

Okolona game canceled due to COVID

What good are highway speed limits few obey or enforce?

Stay strong and carry on, it will get better

Rams fall to Warriors at home

Chieftans fall to Seminoles in first game back from COVID