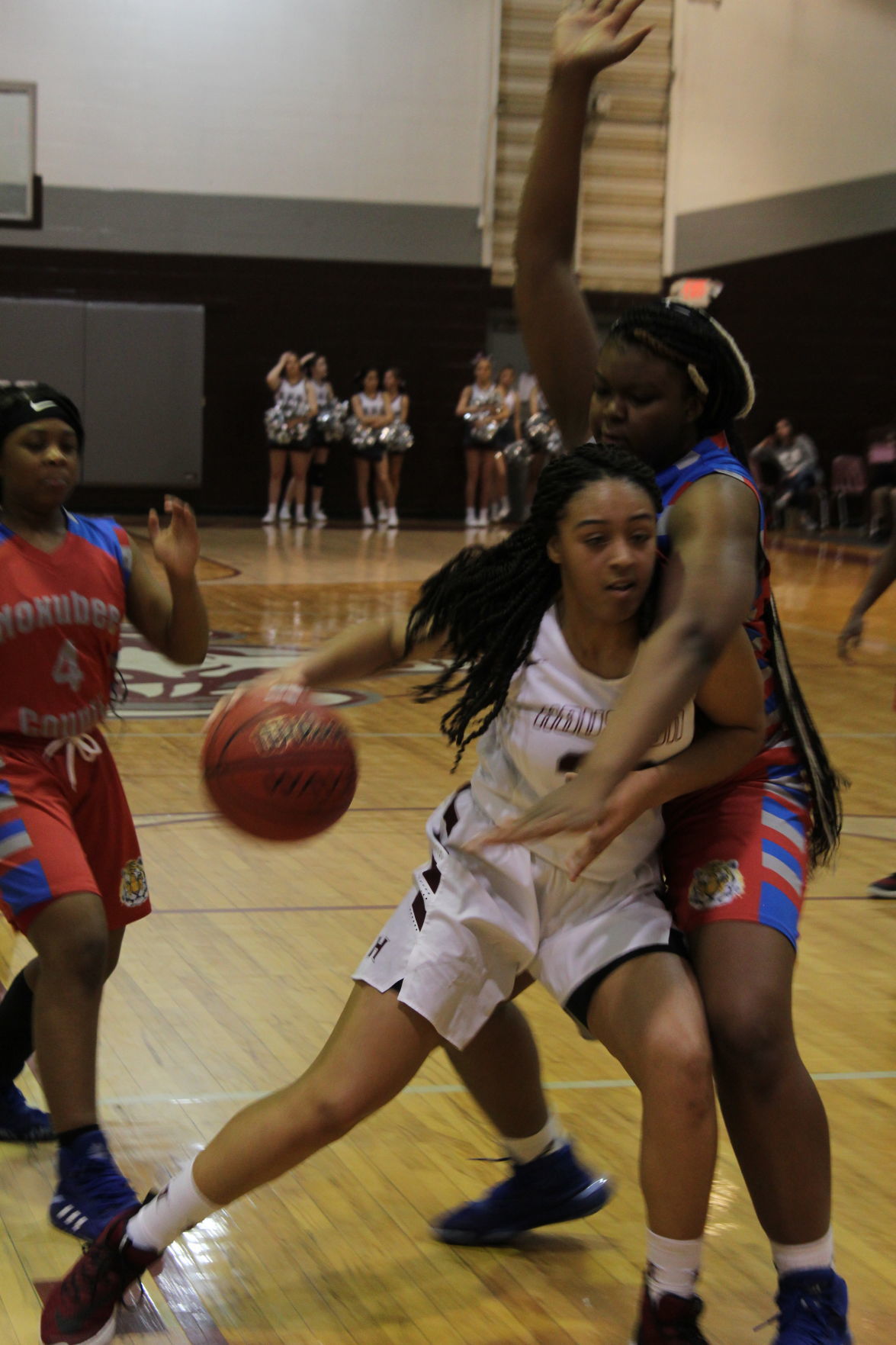 Amber McIntosh drives the ball through the Tigers’ defense. 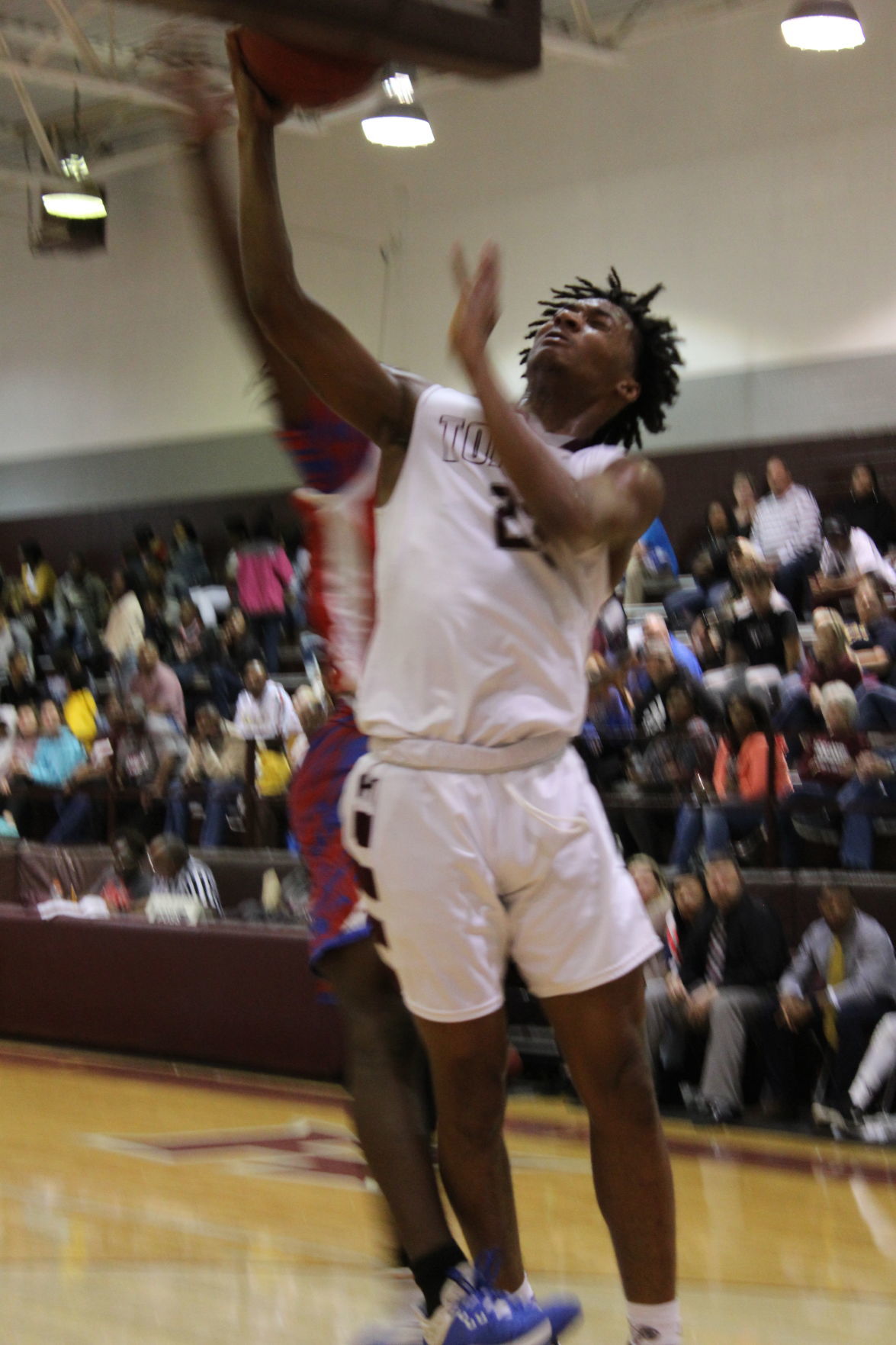 Shemar Crawford goes in for the lay up.

Amber McIntosh drives the ball through the Tigers’ defense.

Shemar Crawford goes in for the lay up.

HOUSTON – The Houston Hilltoppers basketball teams suffered a loss to the Noxubee Tigers on Friday night. The Lady Toppers lost by a score of 50-34, and the boys by a score of 62-52.

The Lady Toppers were the first to take the court against the Tigers. The Toppers held their own, but Noxubee’s aggressive offense was just too much for them in the end. Several costly mistakes on defense and turnovers in the paint on offense just made it hard for them to catch up. They did cut the Tigers’ lead to only 10 points at one time in the fourth, however, they soon pulled away again.

Next, the Toppers took to the court for a battle that would not let up until the final buzzer. The two teams were so evenly matched it was incredible. The Tigers jumped out to an early four point lead, however, it took the Toppers no time to catch up and even take the lead. They took turns trading blows on offense and both teams seemed to have a lock-down defense. The Toppers held the lead for much of the first half, then the Tigers rallied late, and eventually tied it, where it would sit for a while longer. Ultimately, Noxubee would take a 35-27 lead into halftime.

After halftime, there seemed to be a shift in the Topper’s team. They did not perform poorly, however, they seemed unable to hit shots that had seemed routine in the first half. This allowed the Tigers to further their lead. The Toppers soon found their footing, however, at that point it was a game of catch up. With the teams as evenly matched as they were though, that was almost an impossible feat. Every basket by the Toppers seemed to be answered by the Tigers.

Both teams demonstrated a very aggressive form of offense, taking to the paint and diving for the rim. Houston stunned the crowd with an inbounds pass, turned into a dunk by Xavier Virges. This just goes to show that the Toppers were not a bad team by any stretch. The main advantage that the Tigers seemed to hold was their speed. They were incredibly fast down the court, and the Toppers struggled to keep up at times.