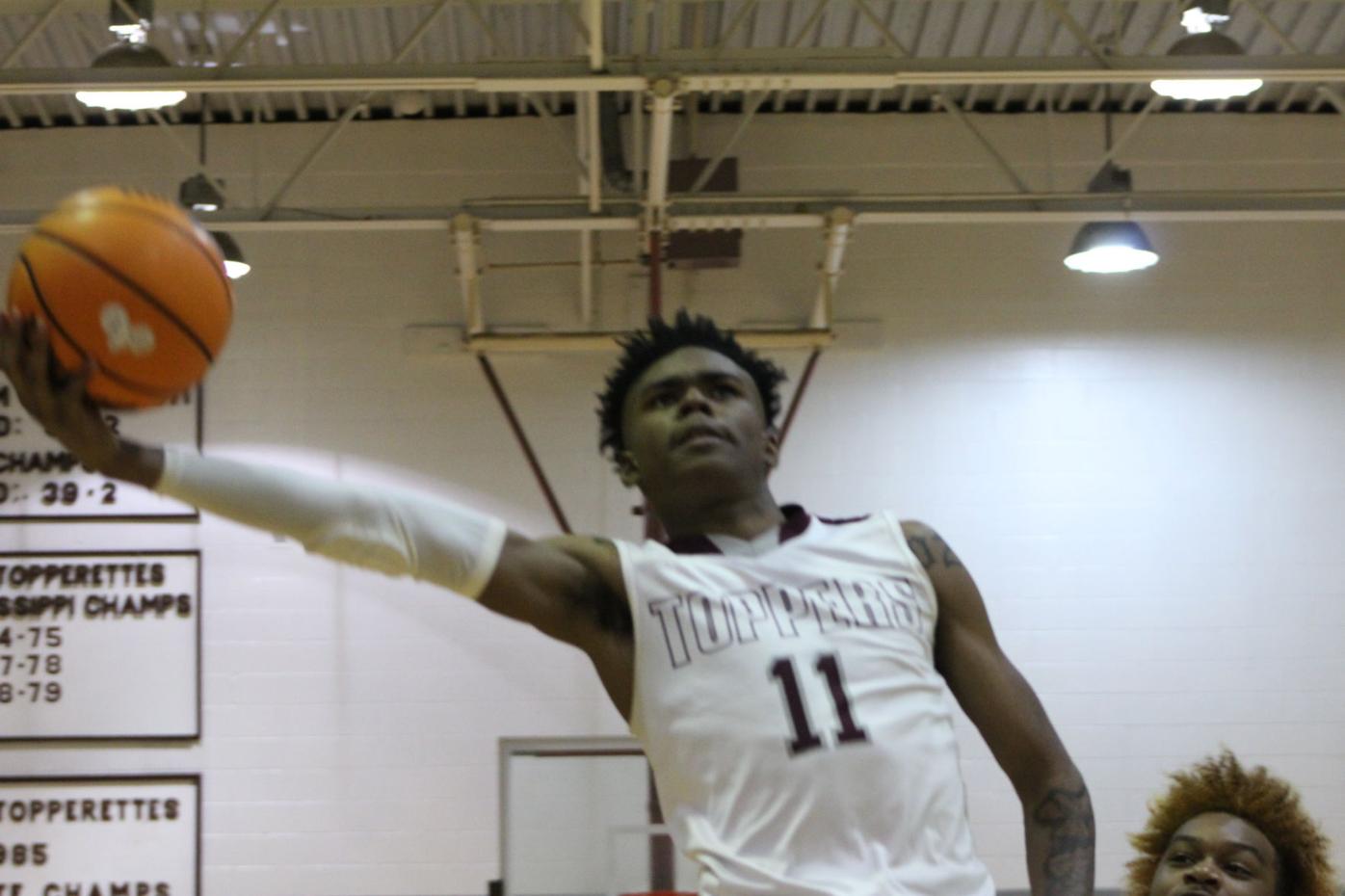 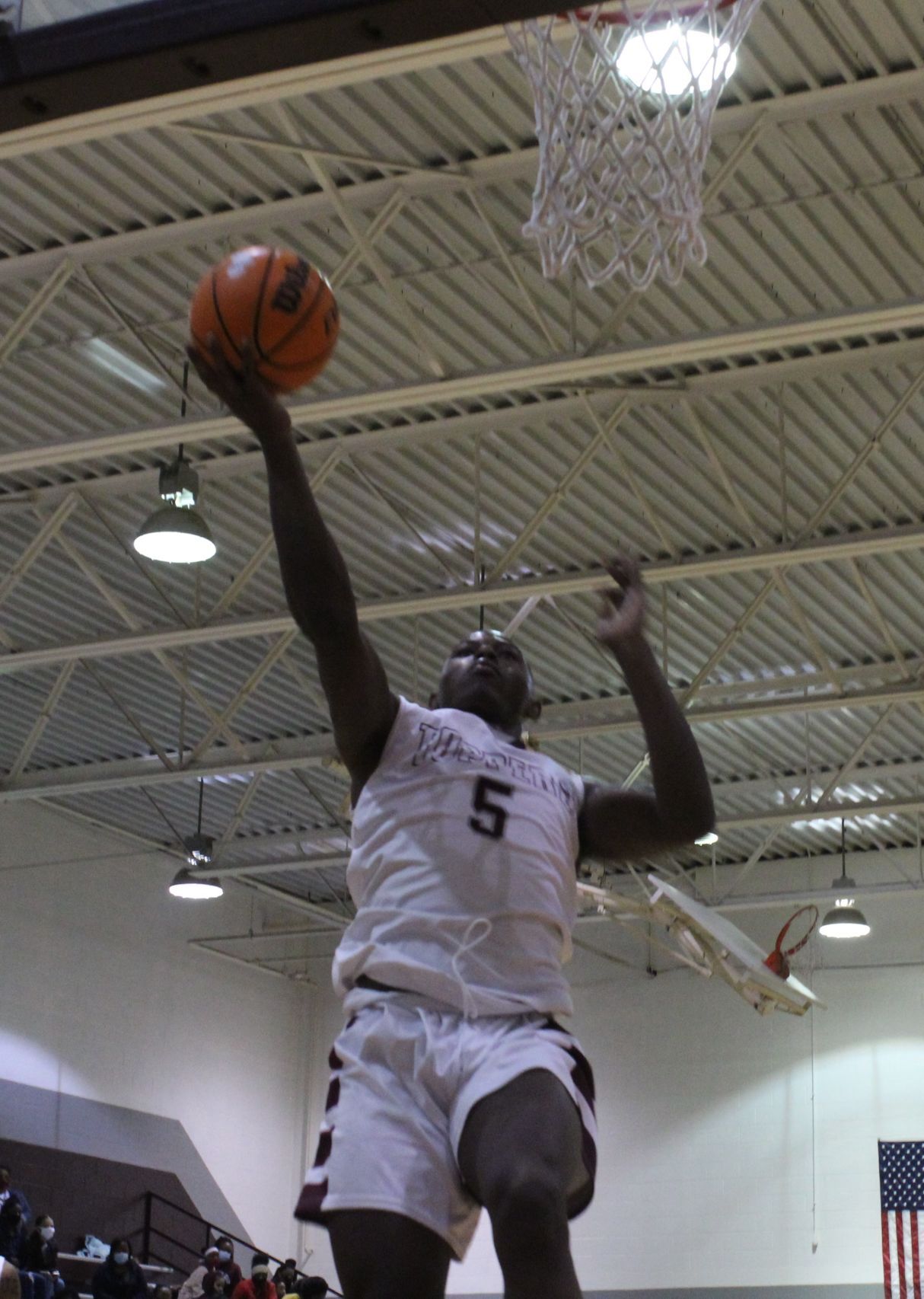 MJ Smith goes to the goal. 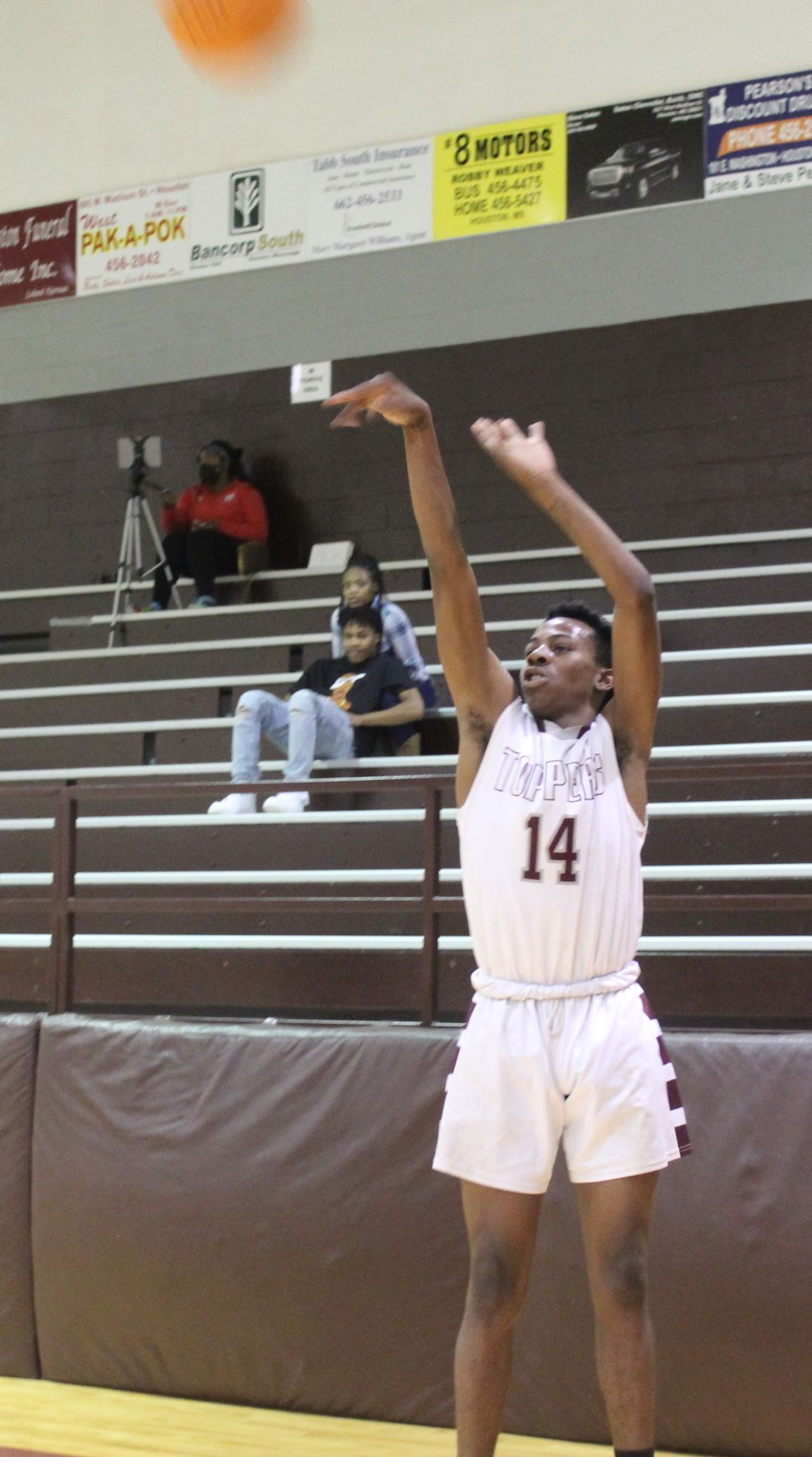 Ke'mani Benjamin takes the shot from beyond the arc.

MJ Smith goes to the goal.

Ke'mani Benjamin takes the shot from beyond the arc.

HOUSTON – After almost three weeks off of the court, the Houston Hilltoppers returned on Saturday night to take on the Winona Tigers.

While there would be some bumps in the road, The Hilltoppers would come out on top by a score of 60-56.

The Tigers drew first blood, however, after their initial two points, the Toppers went on a 17-0 streak before the Tigers could put another point on the board.

They then closed out the first quarter 21-8.

However, that momentum that the Toppers carried would soon stall.

They carried a 35-23 lead into halftime, and the second half belonged to the Tigers.

The Toppers had several defensive breakdowns and some crucial missed shots late in the game that almost turned the tide.

“Three weeks off, I'm pretty happy,” said head coach Chris Pettit. “We still missed some major shots, but the biggest thing with us right now is we are giving up too many easy licks. We are just giving up too many layups right now, we are not helping quick enough. But as far as being off three weeks, we had some guys play pretty much the whole game, getting some legs back, and we've got about two more games before division starts and we've got to get our conditioning back.”

The Tigers also had a big bodied player in the center position who was able to keep MJ Smith contained throughout the course of the game.

“It was probably the first big-body that MJ has faced all year. I know we got it to him a few times in the second half and said don't go away from him, just go right at him. He is still young, he's a sophomore, so he's still learning everything, so we want him to just play mean and play tough every night. That was a good match up for him with that big kid, I thought he grew up a little bit, he had two big free throws right there to save it for us at the end.”

According to Pettit, there are still some things they need to work on especially where the defense is concerned. However, he said that this year has been unlike any other and has made it hard.

“Its a crazy year, its hard to get any rhythm or anything because you might play one game this week and you might be in quarantine for two weeks. Its hard to get rhythm and get your legs back.”

The Toppers will take on the New Hope Trojans on Tuesday, Jan. 5 and Vardaman on Thursday, Jan. 7, both road games.