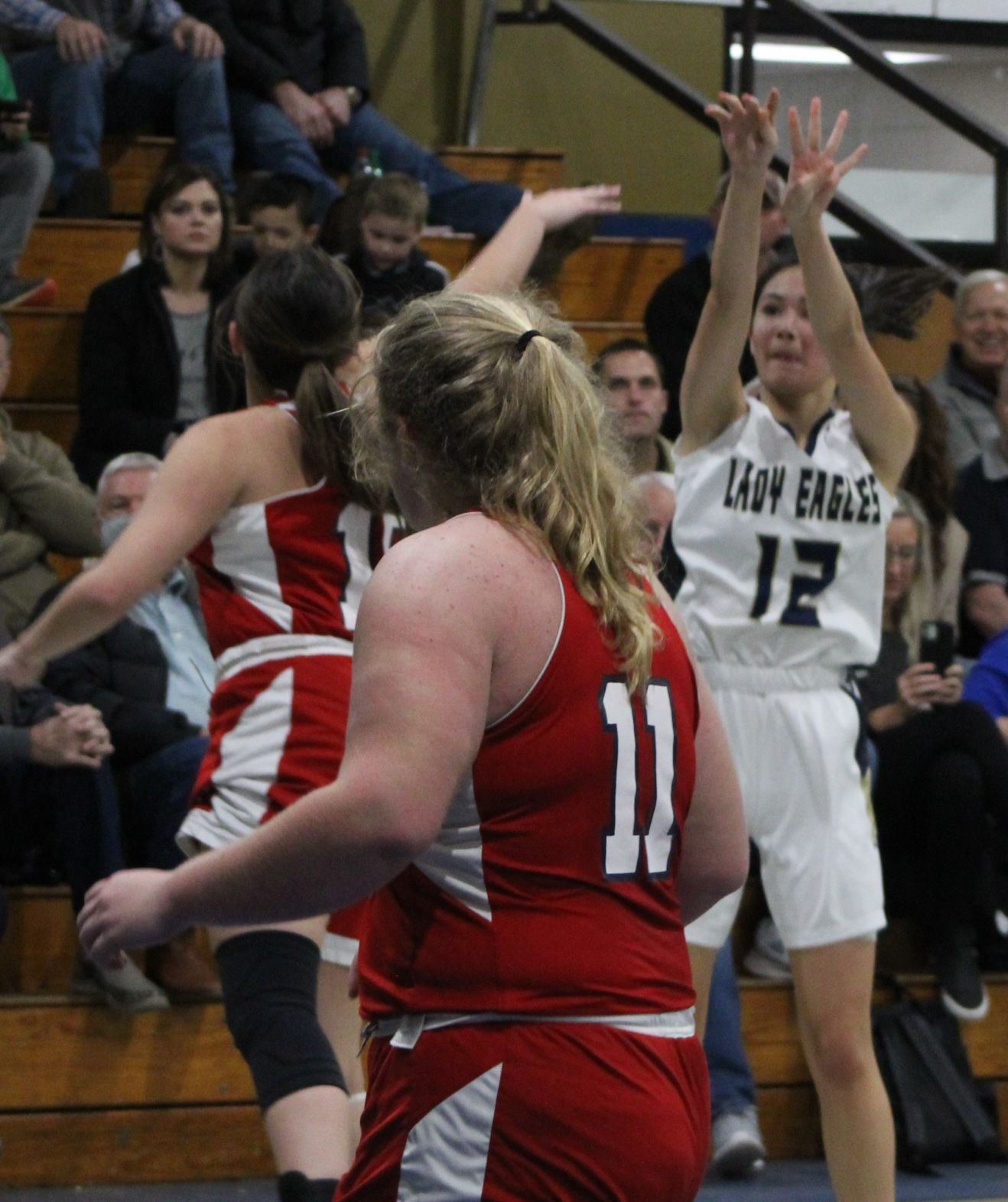 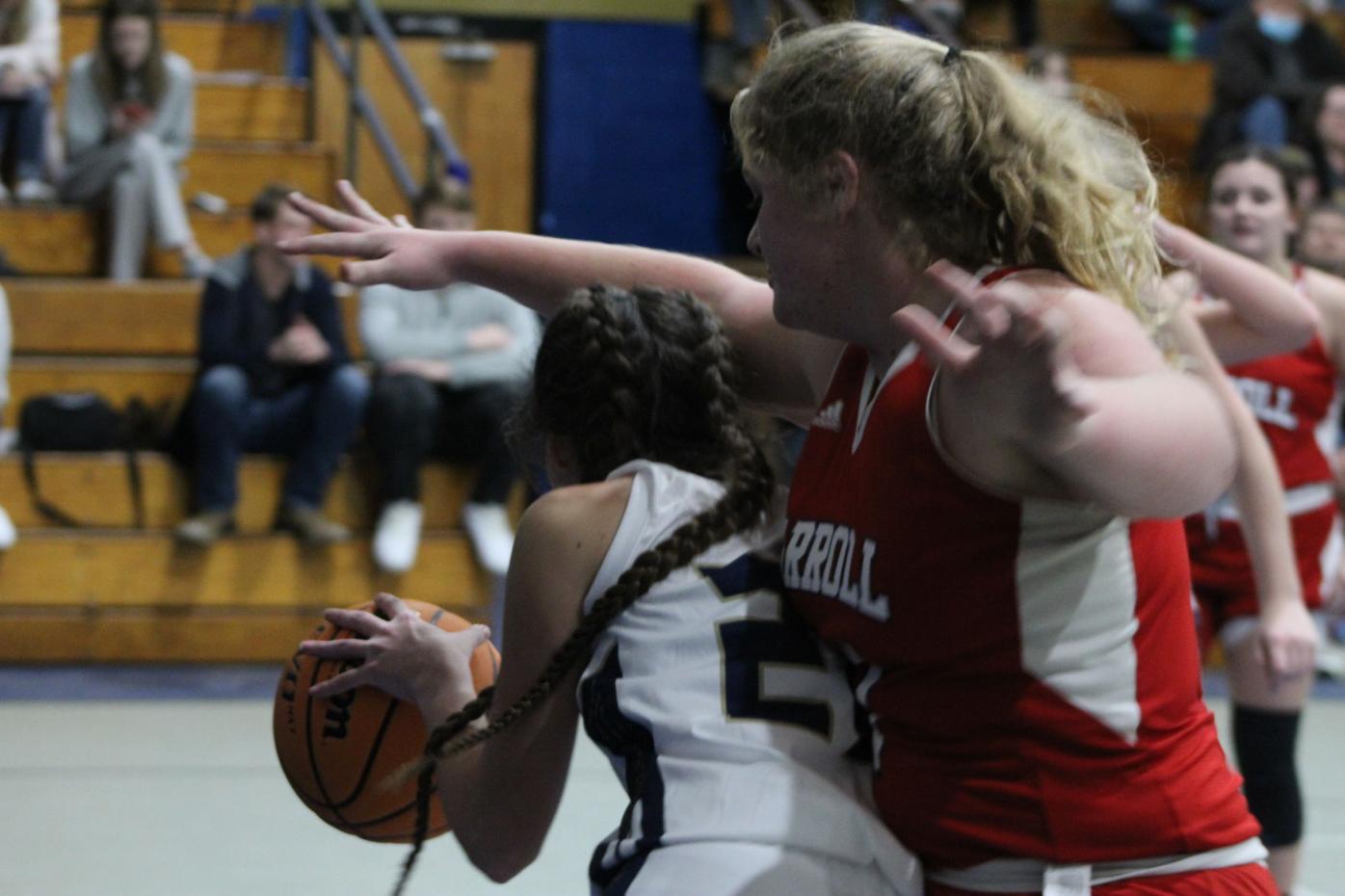 Julie Moore drives through the defender. 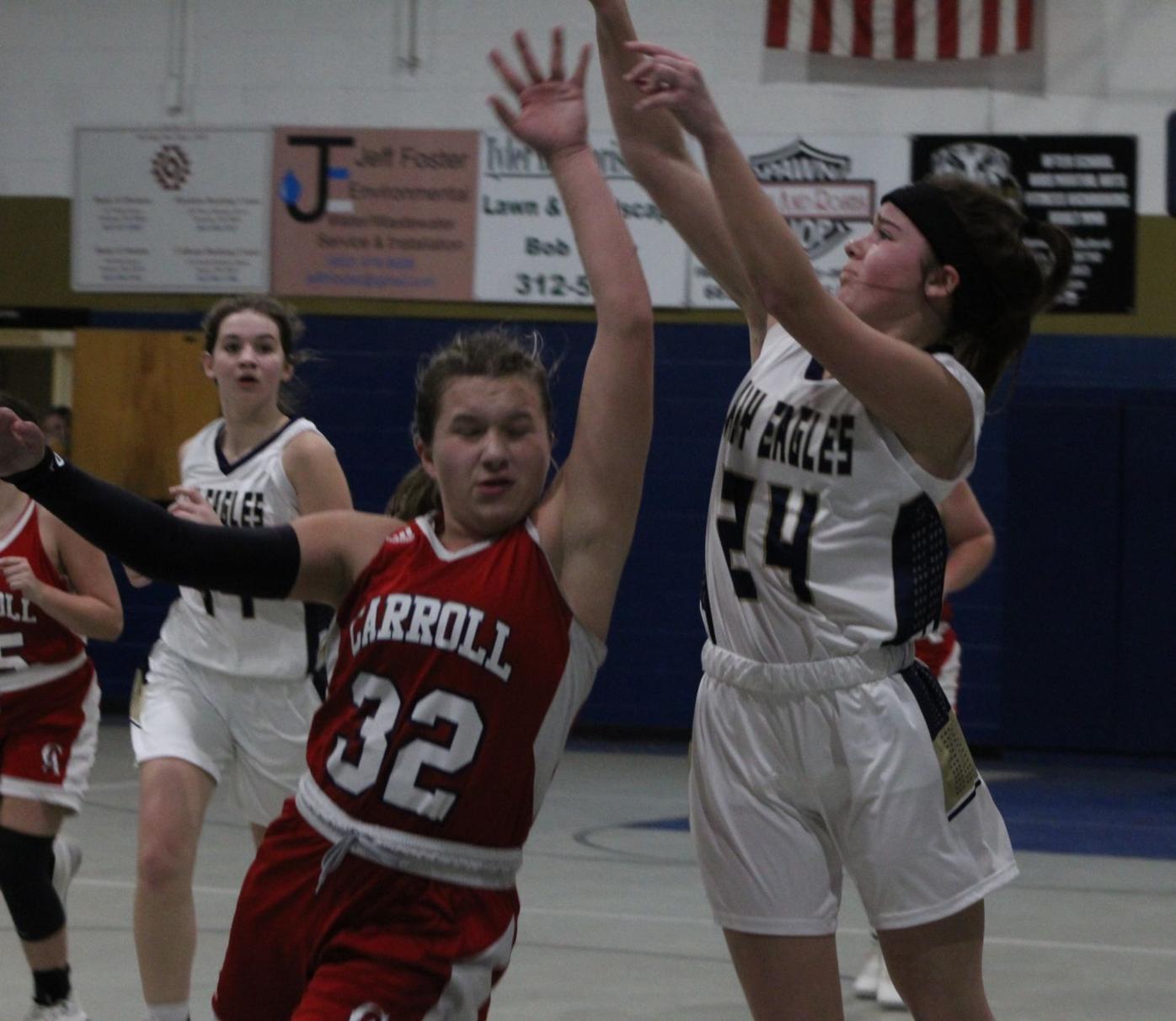 Ketelyn Hill pulls up for the jump shot.

Julie Moore drives through the defender.

Ketelyn Hill pulls up for the jump shot.

PHEBA – The Hebron Lady Eagles took to their home court to face off against the Carroll Academy Lady Rebels.

While the Lady Eagles would keep the score close, they would ultimately fall by a score of 46-34.

The first half saw the Lady Eagles hold their own against the Lady Rebels.

At halftime, they only trailed by eight points, a very manageable deficit.

The second half, however, seemed to belong to the Lady Rebels. They were very aggressive on their offensive approach, driving hard into the paint, which was difficult for the Lady Eagles defense to guard against.

While the offense of Hebron was able to put points on the board, via several shots from the likes of Julie Moore, Elisha Carter, Lindsey Daniels, Amber Wedel and Katelyn Hill.

The Lady Eagles headed into the final quarter facing an uphill battle, down by 16.

However, they fought hard to try and mount a comeback late in the game.

Wedel had a good defensive streak late in the fourth, forcing a few takeaways.

However, the Lady Rebels had a size advantage over the Lady Eagles, making scoring a challenge the whole game.

By the same token, guarding the girls seemed to present a unique challenge to the Lady Eagles defense. They struggled with fouls and broken coverage due to the aggressiveness of the opposing offense paired with their size.

According to head coach Rease Gairhan, the size of the opposing team led to a mental shift in the girls.

“We weren't mentally prepared,” he said. “I think they kind of psyched themselves out as far as their size, they were a little bigger than us, but I feel like we could have played with them, it was a close game the whole game until near the end, even near the end it was pretty close, we just kind of freaked out and just never trusted ourselves to be able to get there.”

The Lady Eagles hope to put the loss behind them and look to the future games with a new outlook, one that will hopefully allow them to win the remaining games.