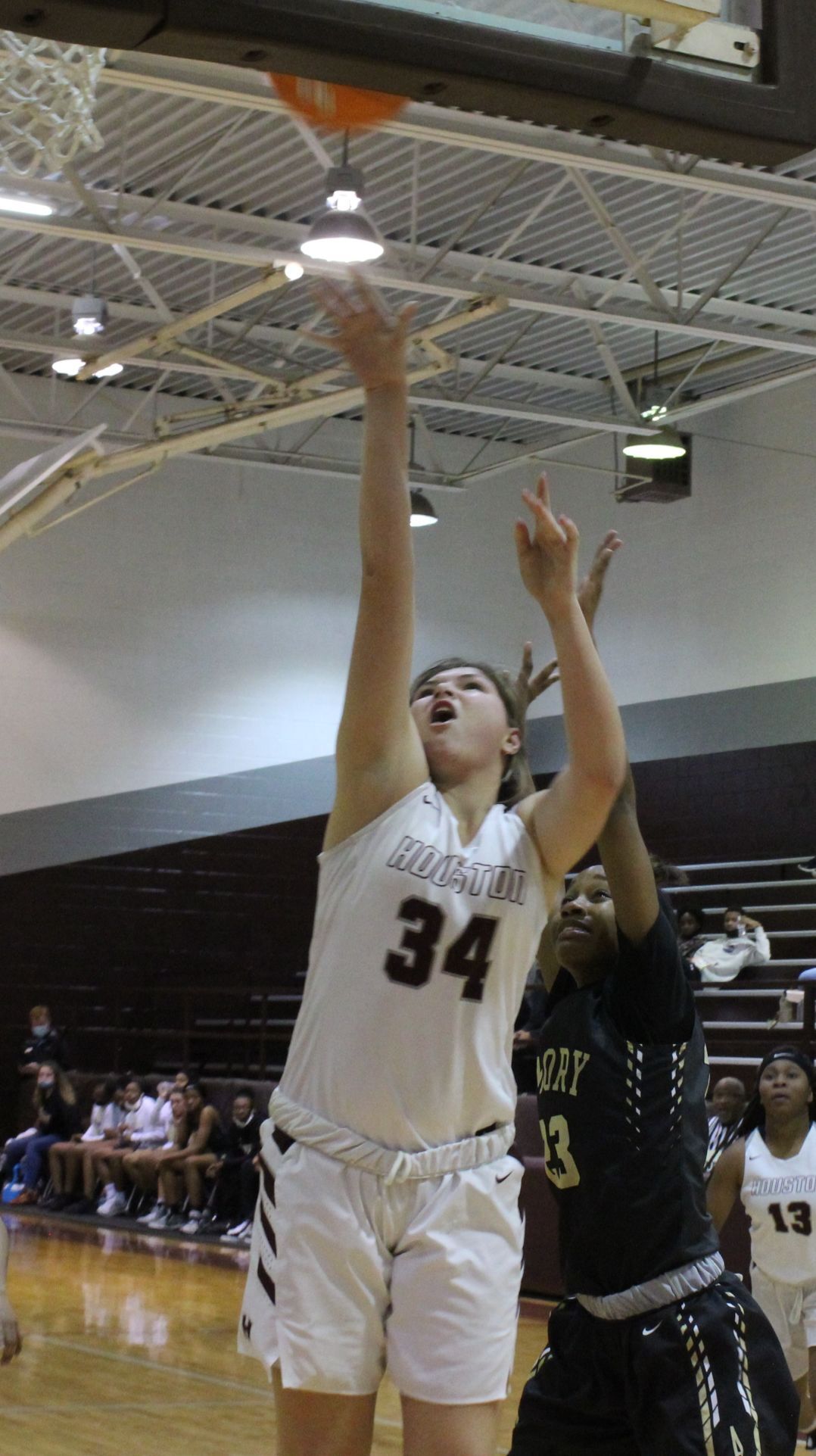 Anna Morgan Jenkins lays it up. 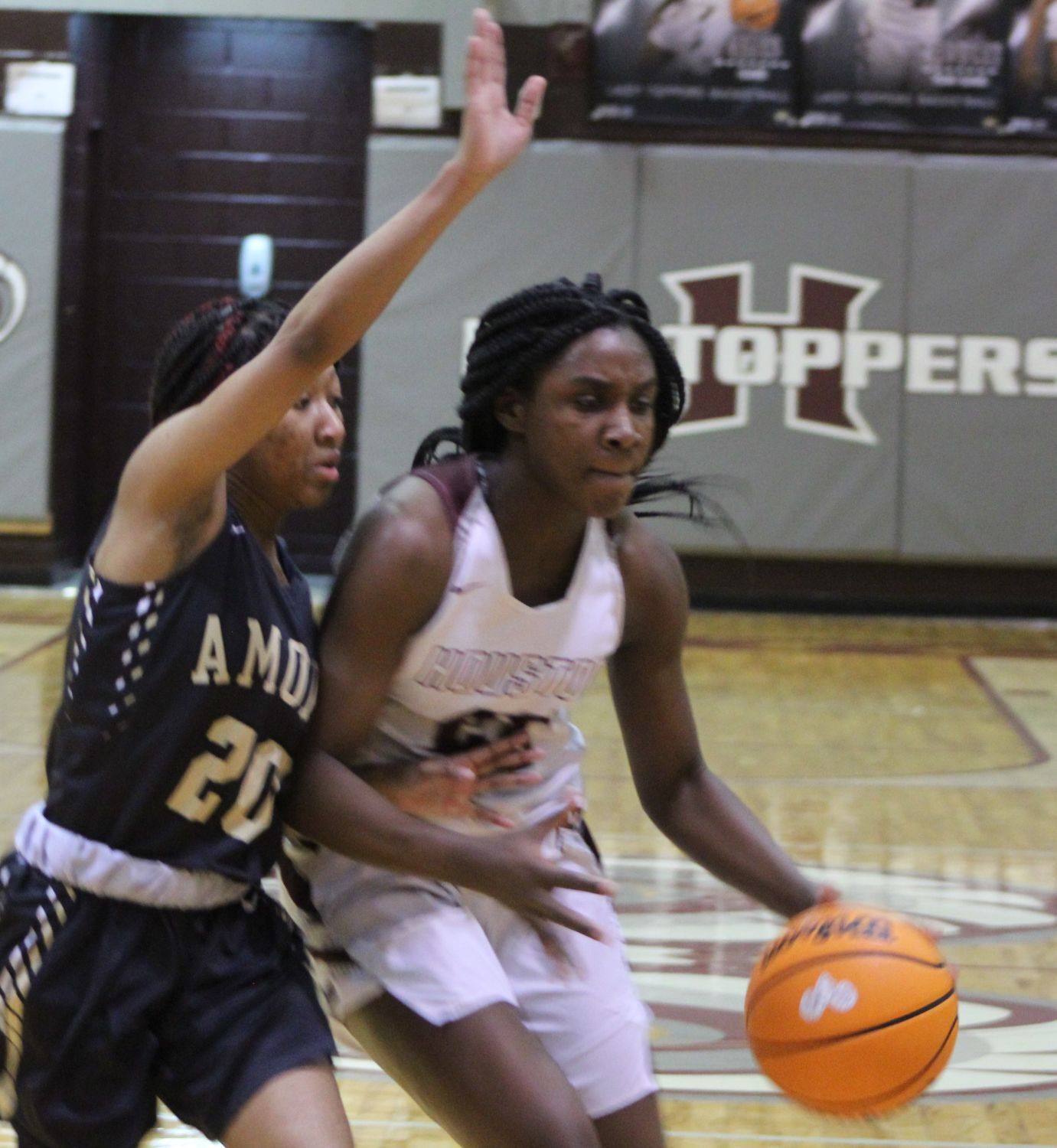 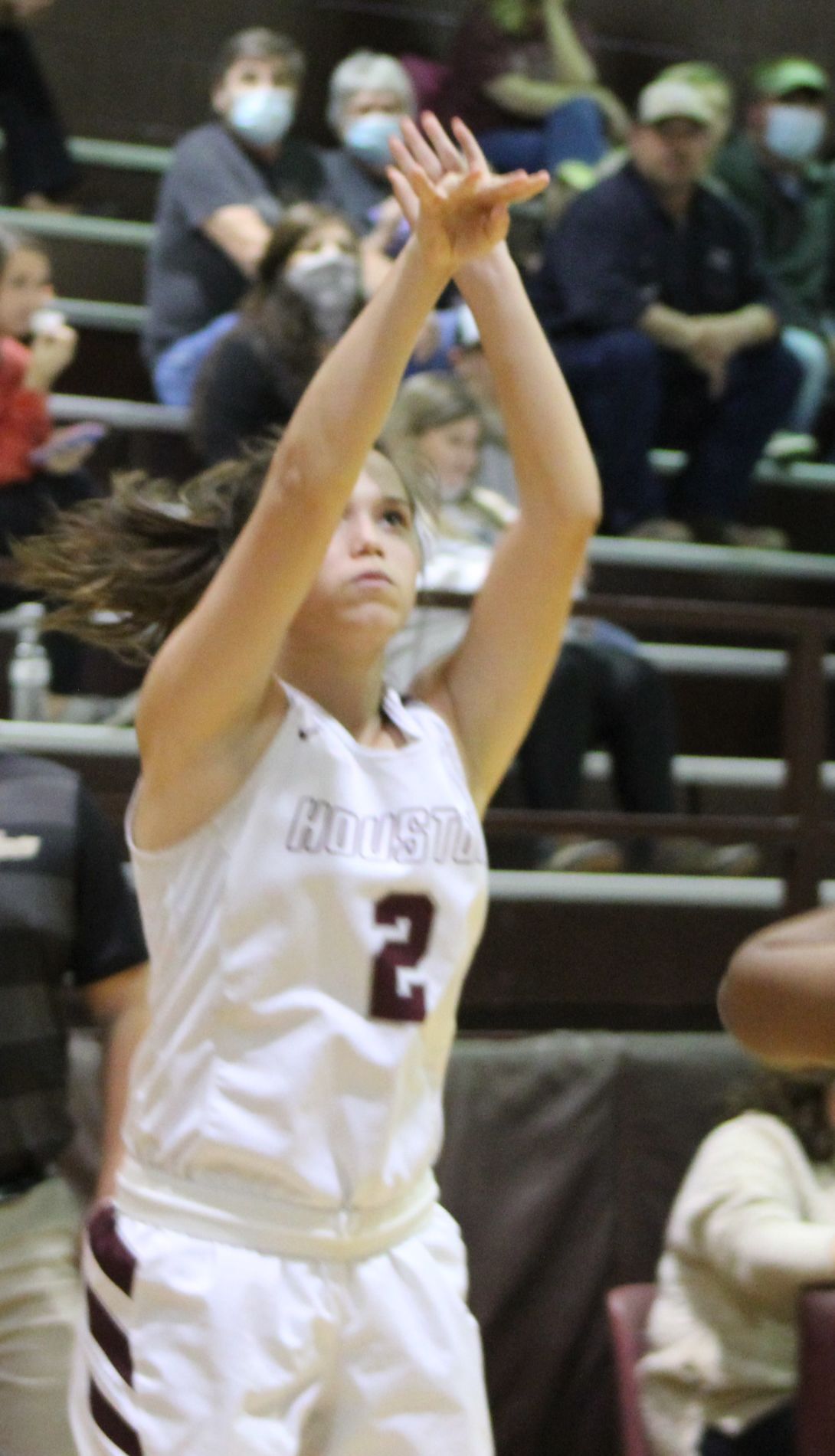 Anna Morgan Jenkins lays it up.

HOUSTON – Following a second place finish in the division, the Houston Lady Toppers headed into the first round of the playoffs on Monday, Feb. 22, where they faced off against the Amory Lady Panthers.

However, the missing members of the team, including two senior starters, was too much for them to overcome, and they lost by a score of 48-29.

Several Lady Toppers were injured in the division championship game, and two of them, Amber McIntosh, who usually totals in the double digits per game, and Keziyah Gates, who is a big play maker and leader for the team, were out for this game.

According to head coach Chris Pettit, this hurt the team.

“I knew with Key Gates being out, they were going to pressure us because they like to do a lot of full court and that hurt us a little bit because she's a really good ball handler, and then Amber, when you miss 18 points a game, that's big on any level.”

The Lady Toppers held the score close in the first quarter, with the final being 9-6.

However, the second quarter is where the Lady Panthers began too pull away.

Houston struggled with fouls early, sending Amory to the line which really helped them pull away.

They also struggled on the offensive side of things, with shots and layups not going in, and rebounds not being recovered.

Jerilyn Jenkins had a good game, but she struggled from outside the arc. She missed several shots that she normally makes.

McKayla Crowley was consistent on defense and had some takeaways.

Emerging from halftime, the Lady Toppers were only down by 10, and by no means out of it, however, the margin began to grow as the fatigue and lack of depth on the bench started to take its toll. It was 35-20 at the end of the third quarter.

The players, more especially the seniors, were heartbroken by the outcome. However, Pettit said that he was as proud as could be of them.

“I feel they left everything on the court. I was telling them how proud I was of them. We can sit there and make excuses all day, but you've got to play the hand you're dealt. We were sitting there with five girls on the sidelines who are players. I told the younger girls I was proud of them, because you can play meaningful minutes all year, and then you get thrown in the fire in the first round playoff game. I thought the seniors played their butt off and left everything out there and that's all we ask from them.”

Anna Morgan Jenkins led the team in scoring with 18 points.