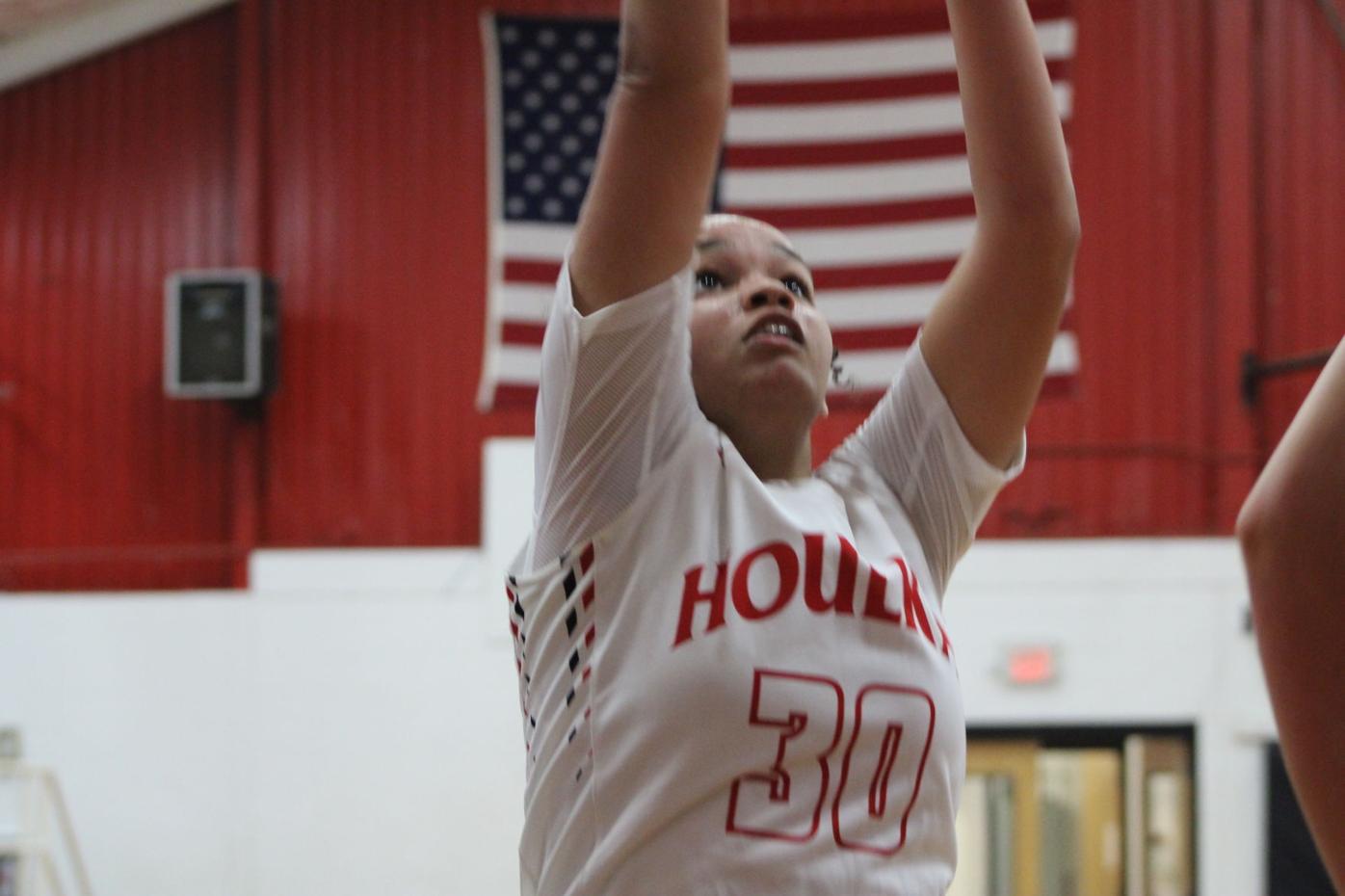 Iyania Taylor goes up for the score. 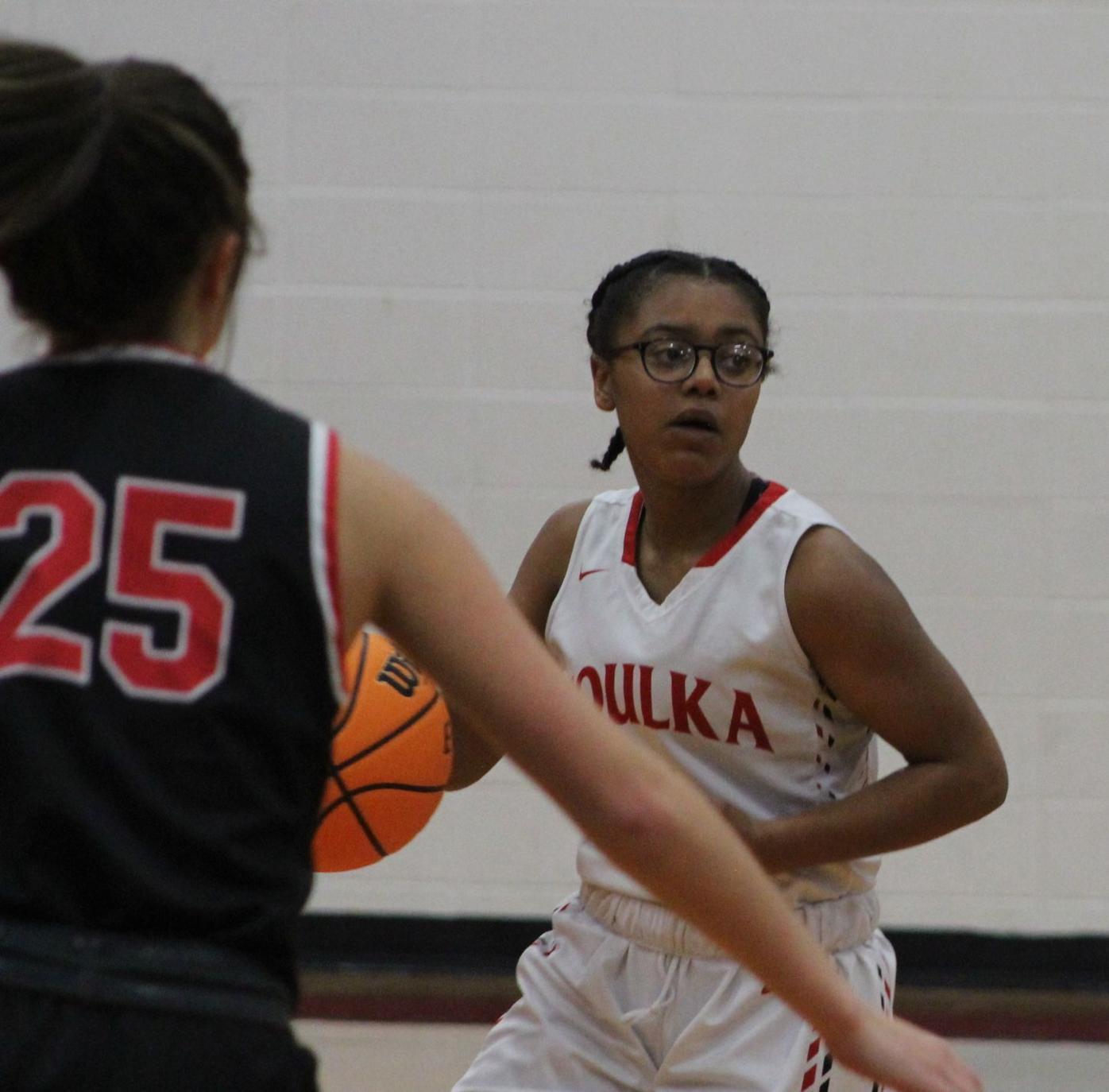 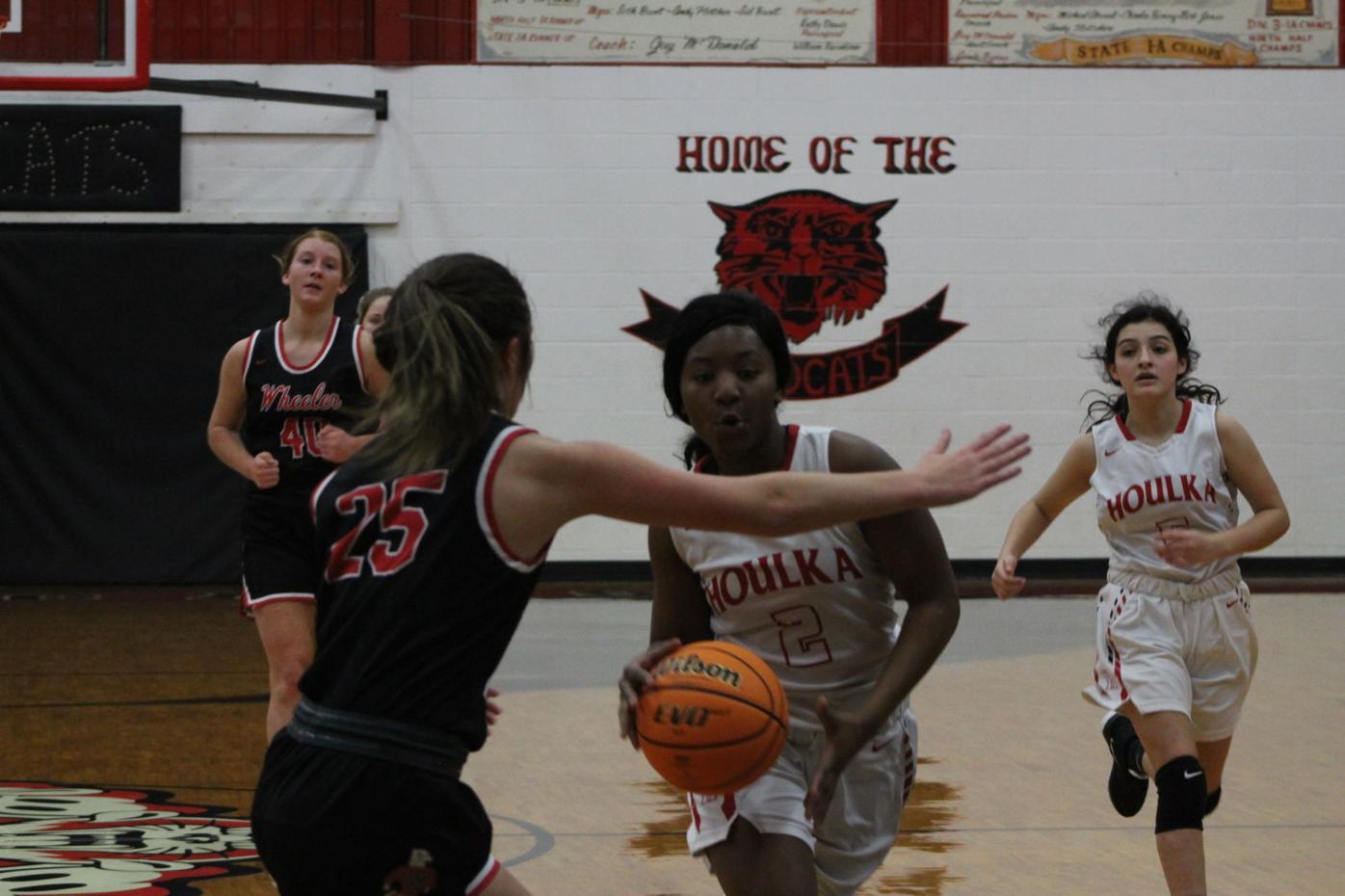 Aliyssia Moore prepares for the layup. 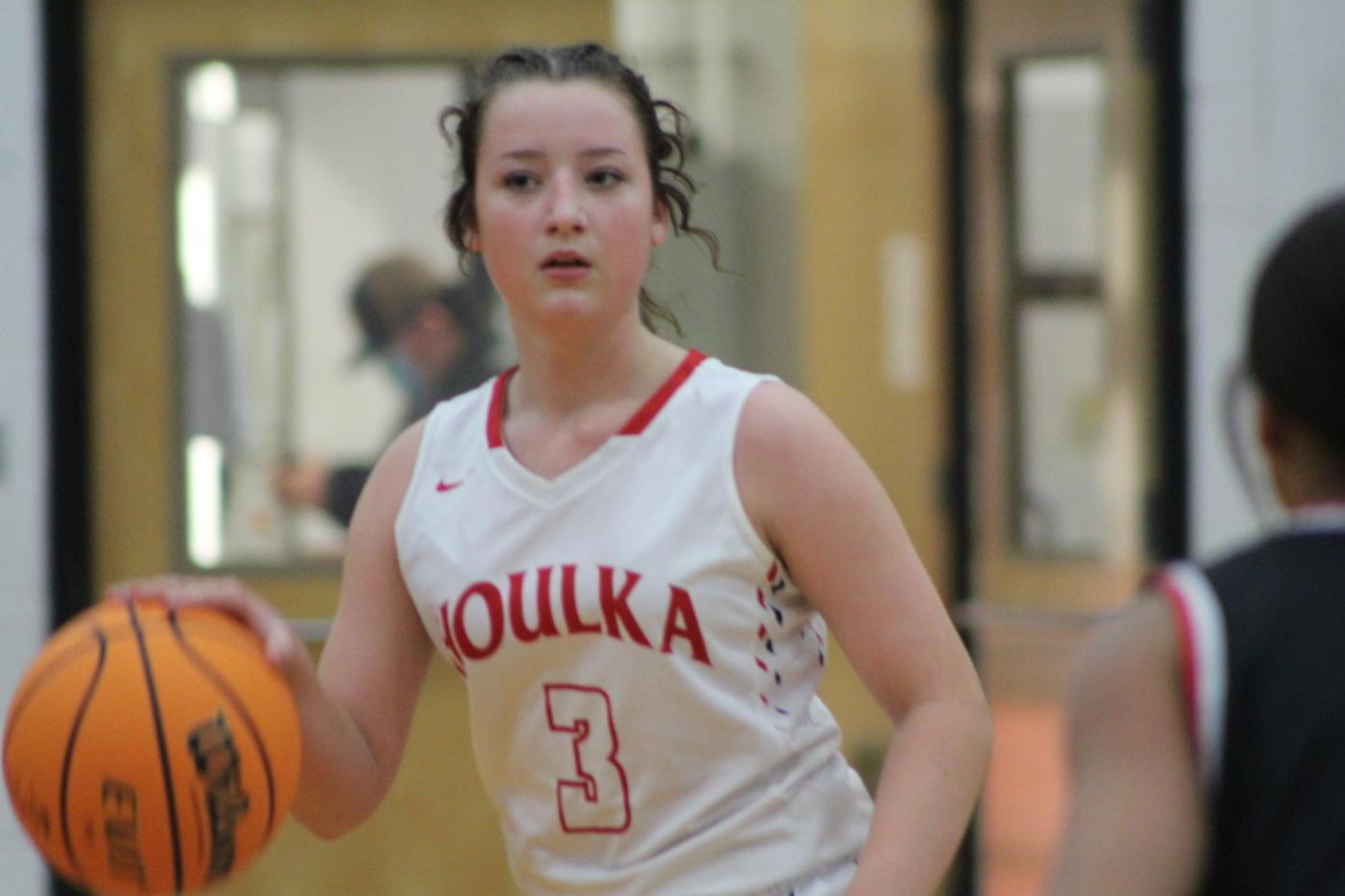 Kayden Huffman drives the ball down the court 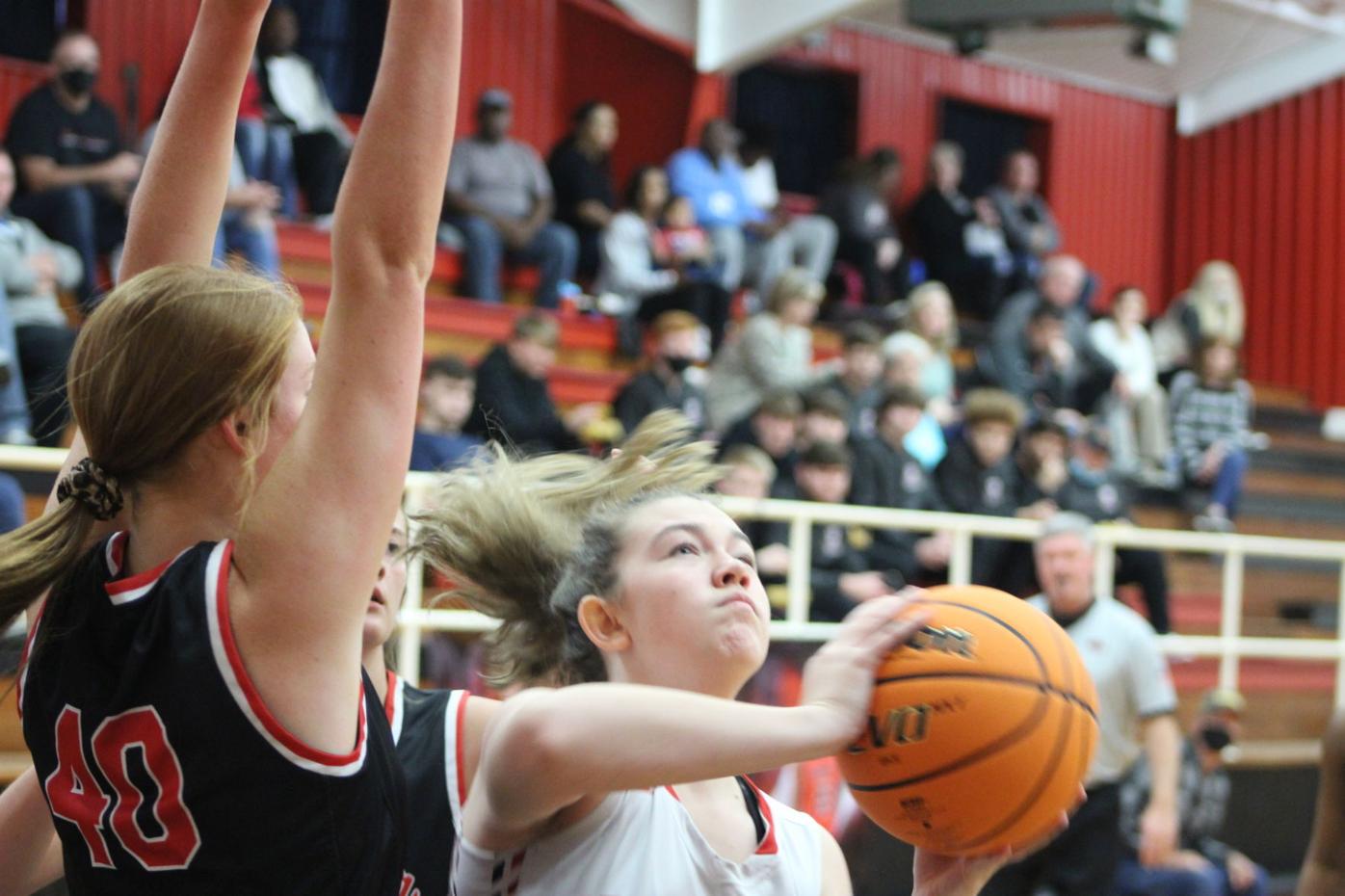 Olivia Halford drives to the basket.

Iyania Taylor goes up for the score.

Aliyssia Moore prepares for the layup.

Kayden Huffman drives the ball down the court

Olivia Halford drives to the basket.

HOULKA – The Houlka Lady Wildcats took to the court to face off against the Wheeler Lady Eagles on Monday, Dec. 28. A game that the Lady Wildcats would go on to lose by a score of 57-38.

At the start of the game, it appeared that neither team had the advantage, with the score at the end of the first quarter being a very close 8-6 in favor of the Lady Eagles.

However, the Lady Wildcats would soon fall behind in the second quarter, a deficit that they were ultimately unable to overcome.

The main obstacle that plagued the Lady Wildcats was fouls. They were consistently fouling on defensive drives, especially early in the game.

This is something that they have got to work on according to head coach Davin Young.

“We fouled way to much,” said Young. “Way more than what was necessary. I just wanted them to settle down and play their game tonight, I think we would have been a lot better off.”

He said that the girls over estimated their opponents, and thought that they would be tougher than they were, which led to a more aggressive defense than was necessary, leading to the foul troubles.

Two Houlka players fouled out of the game in the fourth quarter.

However, Young hopes to build a foundation on the loss, and use it to teach lessons and foster knowledge of the game within the girls. He said he is looking to shift the mindset of the team as a whole.

“I think it is our mindset that had us fouling too much. I would like to see them a little more focused in the beginning of the ball game, working on the things they will be doing in the ball game during warmups before a game, preparing their minds to play. Its a pretty young team and to me it doesn't look like they are preparing themselves for battle during the pregame warmups.”

Young said he hopes that discussing the recurring mistakes throughout the season will help them to identify the problems and address the cause, hopefully leading to a better team down the stretch.