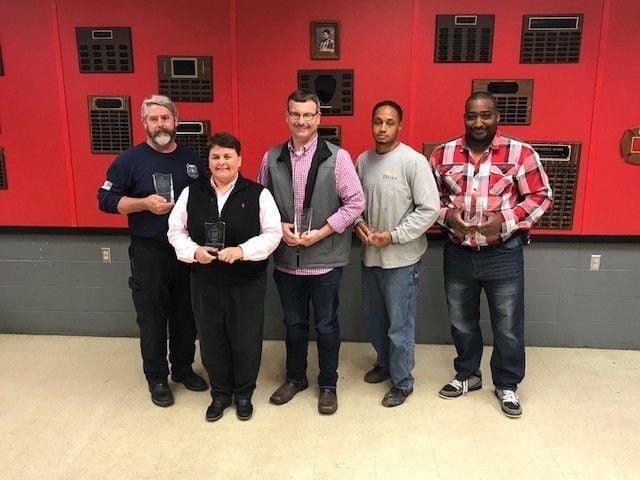 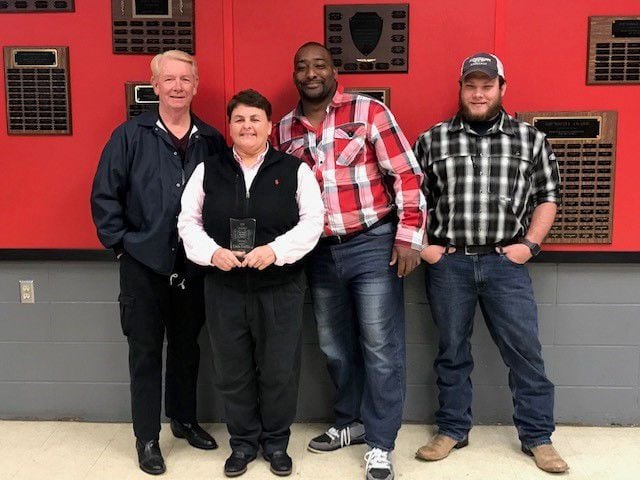 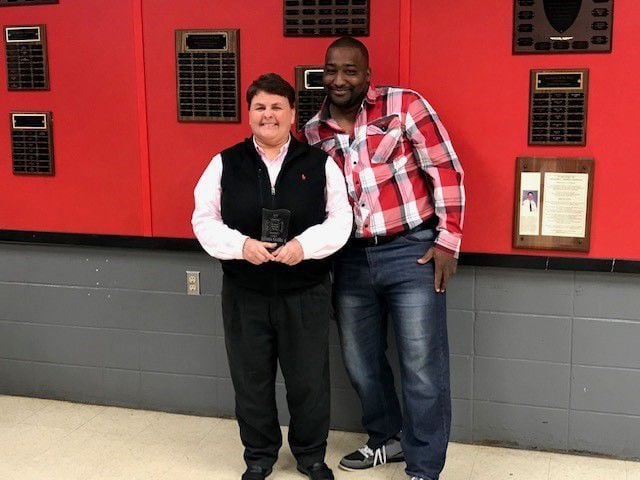 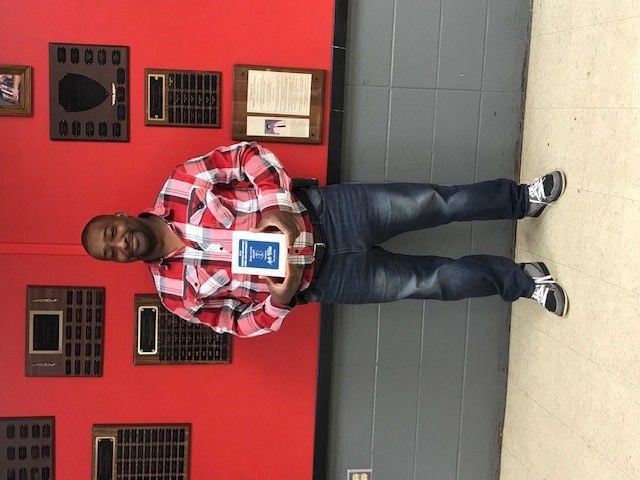 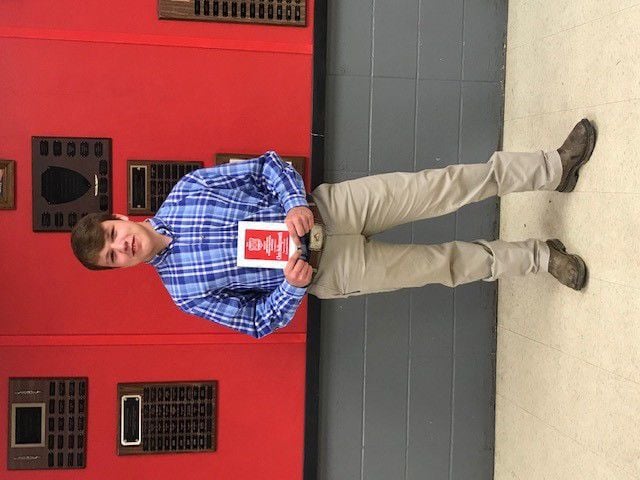 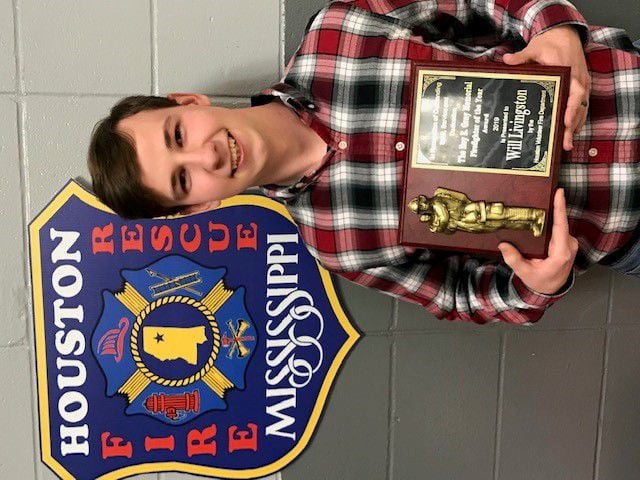 HOUSTON – Houston volunteer firefighters honored many of their own – and expressed the hope more would join their ranks – during an annual awards dinner Thursday night, Dec. 19, at the Fire Station.

Receiving the department’s top honor – the Roy Gray Memorial Firefighter of the Year Award – was Will Livingston.

The award for the department’s most outstanding firefighter is intended to recognize the person displaying the spirit, service and dedication of a true firefighter. It is voted on by members; it’s not a lightly given award, firefighters said.

Fire Chief Jonathan Blankenship outlined some of the reasons Livingston deserved the department’s top honor. “He served as our chaplain this year. He has a wonderful attitude. He’s uplifting, dedicated and 100 percent dependable. In short, the members made a good choice. He fits the bill.”

The award is named for Roy Gray, who became a fire department member in the early 1990s. His career with the department was cut short by severe medical problems. He later died while awaiting a heart transplant, according to Volunteer Assistant Chief Bobby Sanderson.

“Roy Gray had heart and desire, and had a volunteer heart. He would have been a tremendous asset to the department if he had had the opportunity to serve. He was one of those who are designed to help folks,”

A quote on Gray’s plaque hanging at the Fire Station offers insight: “May his memory be an inspiration to those who follow.”

Assistant Chief Sanderson said the purpose of the awards banquet is to recognize outstanding spirit, service and dedication.

“Firefighters are like family. This is just our way of saying thank you,” he said. “You people serve this community every day and you do save lives and protect property.”

In some ways, though, firefighters are no ordinary family members.

As a firefighter, “you know you’re here to serve the community, but you never expect to be working a wreck while people are going to church Sunday morning.

“Sometimes, it’s hard to go back home, seeing what we see, but we have to be able to deal with it. If it wasn’t for folks like us, where would the community be?” Sanderson asked.

The following are the 2019 award winners:

--The Star of Life Award went to Arch White. The award is given to the firefighter who responds to the highest percentage of medical calls in 2019.

--The Most Improved Firefighter Award went to Chris Hollingsworth. Chief Blankenship outlined the reasons Hollingsworth received the award, which is voted on by department officers and the Board of Directors.

“This is not necessarily an annual award; some years no one seems to have what we’re looking for.

“This award shows improvement in activities as a firefighter. As a new guy, Hollingsworth hit the ground running. He’s very dependable. If we have something, we know Chris is coming.

“He’s not shy of work. He has a great attitude and dedication, and he does what’s asked of him. In short, he’s a great example for our firefighters.”

Said Chief Blankenship: “The biggest need we have is to recruit young people. It doesn’t matter if they’re black, white, female, as long as they’ve got a volunteer heart.”