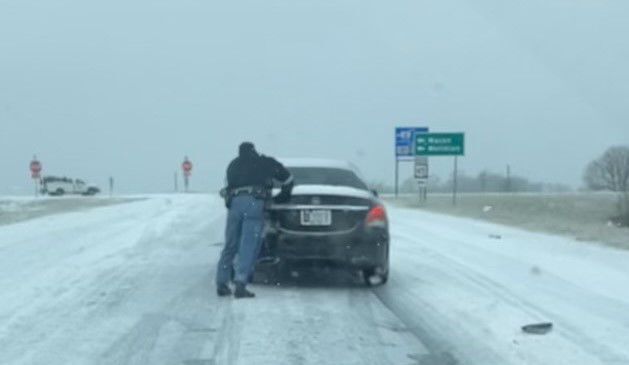 The officer helps move a car out of the road. 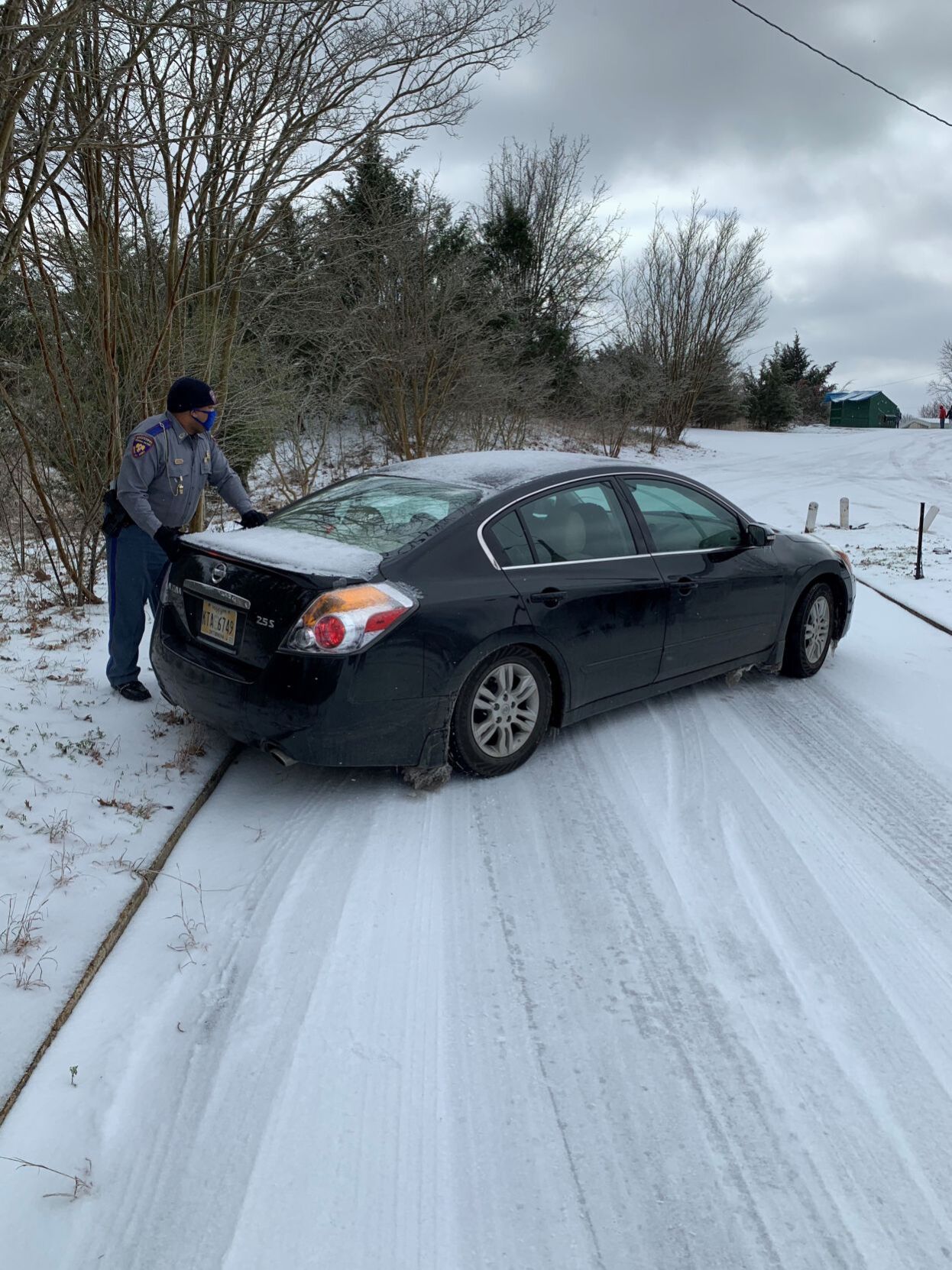 An officer assists a motorist who is stuck on the icy road.

The officer helps move a car out of the road.

An officer assists a motorist who is stuck on the icy road.

Those who do have to travel should make sure they’re ready for the heavy weather.

He said Wednesday morning the severe weather has produced a lot of service calls -- defined as a trooper being called to a certain scene -- but very few motor vehicle accidents and no serious injuries in the district.

He urged people to avoid unnecessary driving until conditions improve.

“We’ve been fortunate that we haven’t had any really bad crashes in our district. Knock on wood -- it could be a lot worse.

“Most of our service calls are responding to reports of vehicles sliding off the road, and we’ve had a lot more incidents than usual of 18-wheelers sliding off,” he said.

He said the roads are starting to look better, but if dire weather forecasts hold up, they could get a lot worse very quickly.

With those forecasts in mind, he urged motorists to use extreme caution .

“A lot of the roads are rutted out, and may appear OK, but under the ruts could be black ice, and navigating that can be tricky.

“Bridges and overpasses are still in pretty bad shape. They can remain icy due to the wind blowing underneath them. Someone can drive on roads that are fairly clear, cross onto a bridge, hit that ice and get into trouble.

“In short, we’re urging motorists to drive defensively and not get lackadaisical until this weather clears up,” he concluded.

Those who do have to get out on area roads should be prepared because, in event of an emergency, it could be some time before first responders are able to get to them, SSgt. Beckhom said.

“If you do have to get out, winterize your vehicle by checking all your fluids, your tire pressure, and making sure that you have a full tank of gas. Carry a blanket and make sure that your cell phone is fully charged If you get stranded, you might want to let your vehicle run to keep warm,” he concluded.