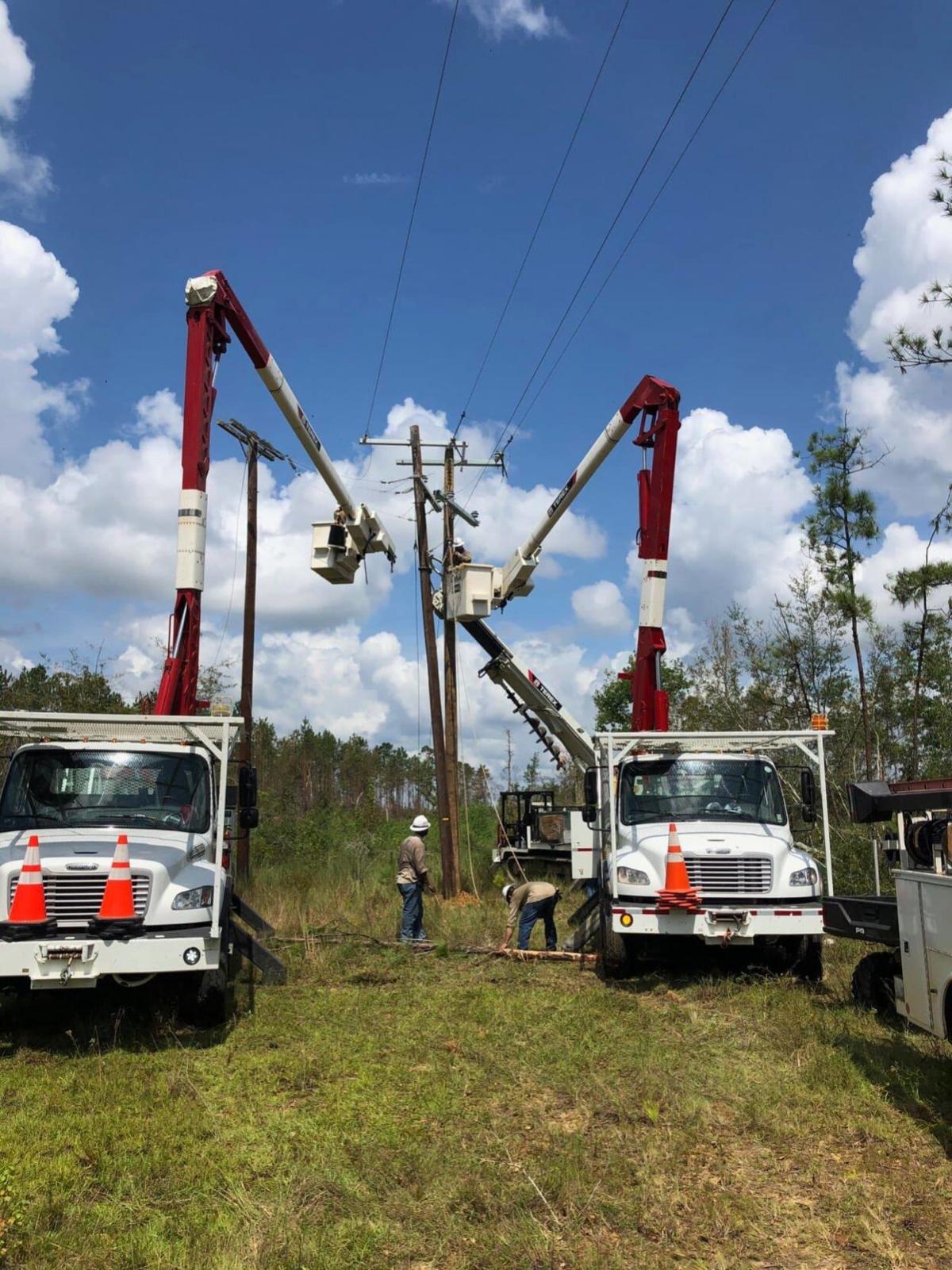 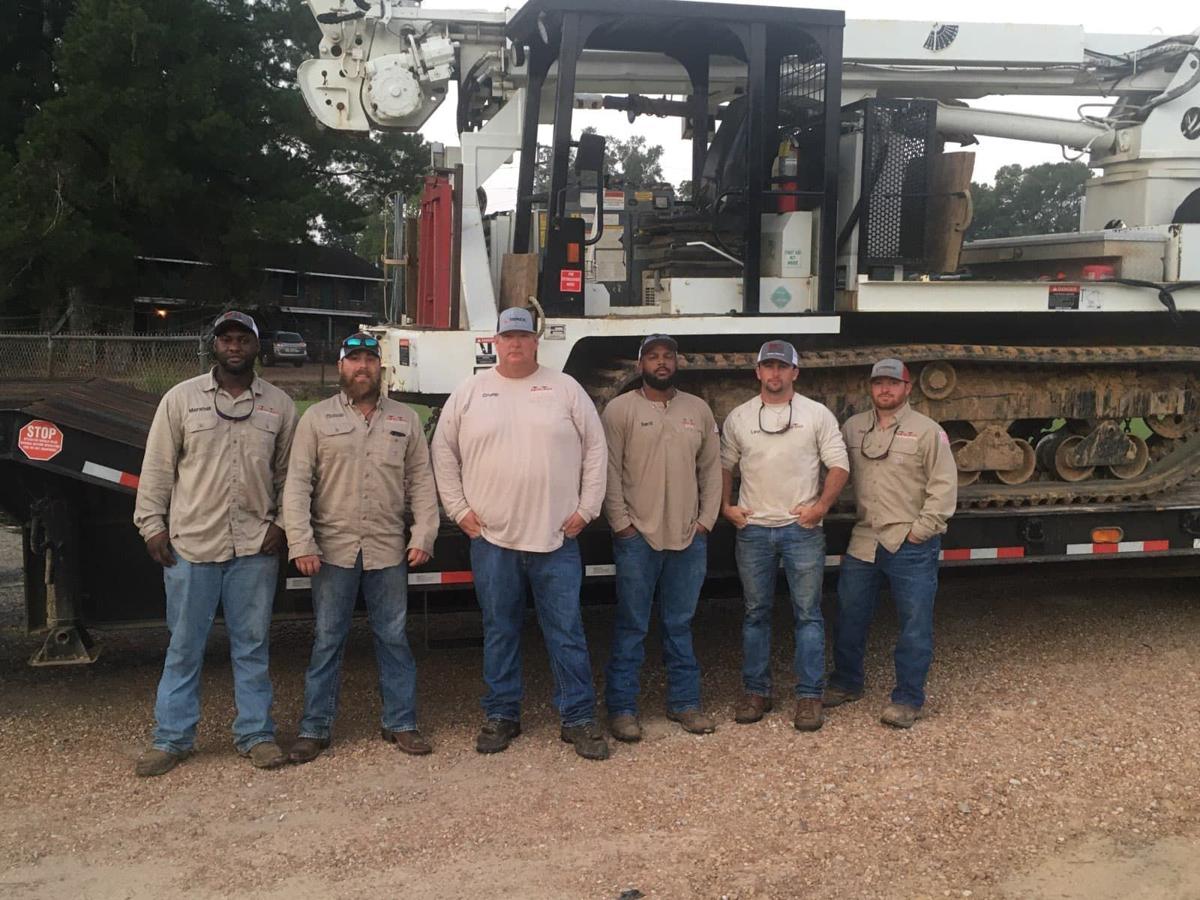 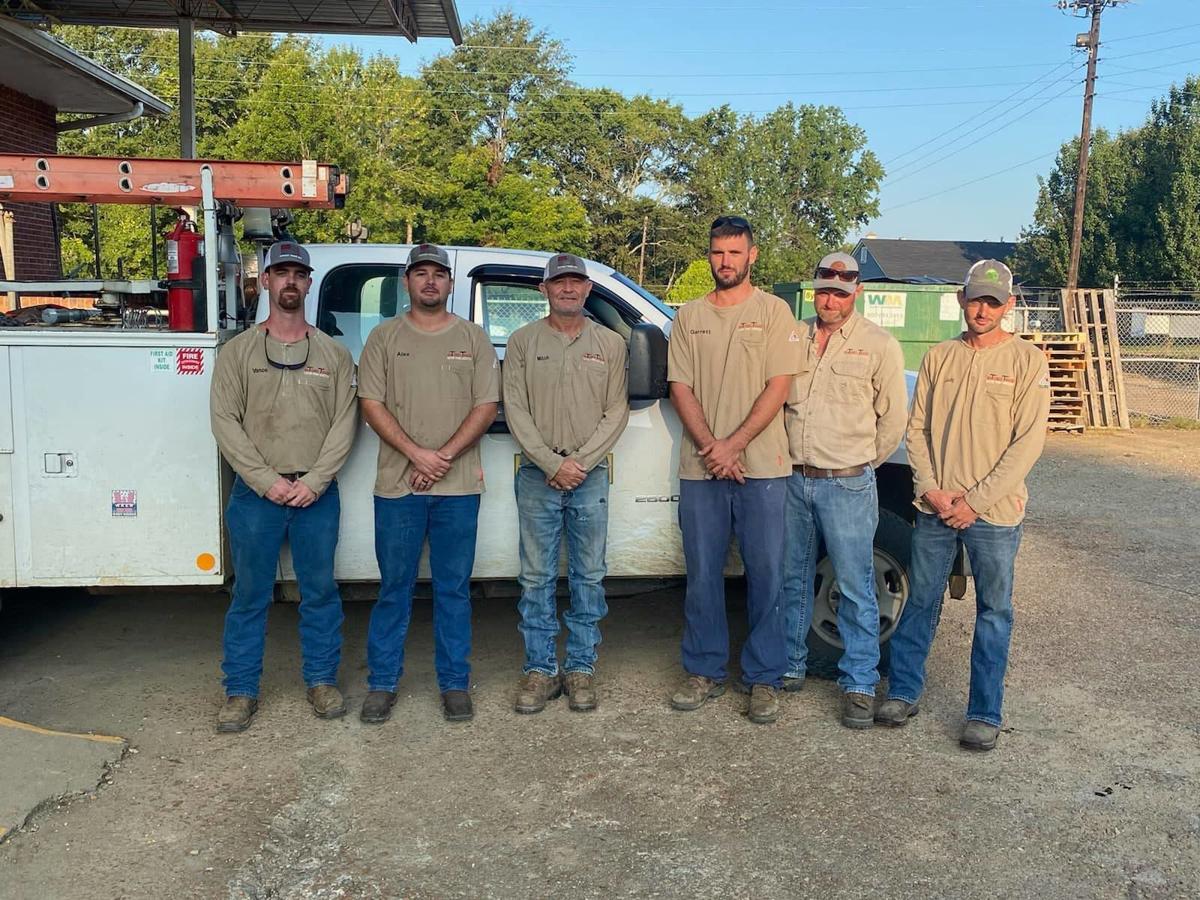 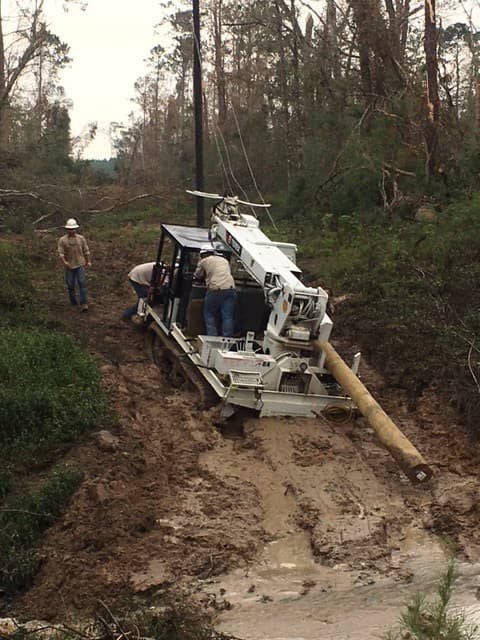 Natchez Trace EPA workers in Louisiana are using a track machine for hard to reach areas. Workers have to climb most of the poles, since they can’t reach them with bucket trucks.

Natchez Trace EPA workers in Louisiana are using a track machine for hard to reach areas. Workers have to climb most of the poles, since they can’t reach them with bucket trucks.

DERIDDER LA. --A six-man crew from Natchez Trace EPA is part of a team of 1,000-plus workers from electrical co-ops across several states restoring power to storm-battered victims in Louisiana in the wake of Hurricane Lara.

The crew left Thursday morning, Sept. 3. Following a brief stop to repair an air line in a truck, they arrived at a staging area in DeRidder, La., about 9:30 p.m.

DeRidder is a city of about 11,000 which is the parish seat of Beauregard Parish, La., It’s about 201.47 miles from DeRidder to New Orleans in a southeast direction.

They’re slated to work a week in the area, then come home and be replaced by another team.

He said the team has encountered no specific problems, but the job is difficult due to the nature of the work. “They’re having to climb a lot of poles, because the area is so muddy they can’t get bucket trucks in there,” Edmondson said.

“Basically, they work for as long as they have daylight.

“They spend the night on cots in large tents. Storm service contractors have pulled trailers in and cook meals for them. They’ve also pulled in trailers to wash their clothes,” the general manager said.

Four crews from NTEPA will work in Louisiana on a rotating basis. While each crew is deployed, other workers from Natchez Trace EPA do their jobs for them.

The crew that left Sept. 3 was due to work all day Friday, Sept. 11, then leave Louisiana for home Saturday, Sept. 12. Meanwhile, a new crew was slated to leave from Houston Friday morning and arrive that evening. After a week, it will leave to be replaced by another crew.

“After each crew works, it will be a month before they have to work in Louisiana again,” the general manager said.

The crews are paid on the basis of pre-existing contracts.

“Co-ops pull together to help each other during storm events. We’re a signatory to a standard mutual aid agreement between all Mississippi co-ops as well as different states. The contract contains agreed-upon rates about who gets paid for what.

“That way, there’s no confusion when it comes to invoice the work. No one has to worry about negotiation. They can just head out,” he said.