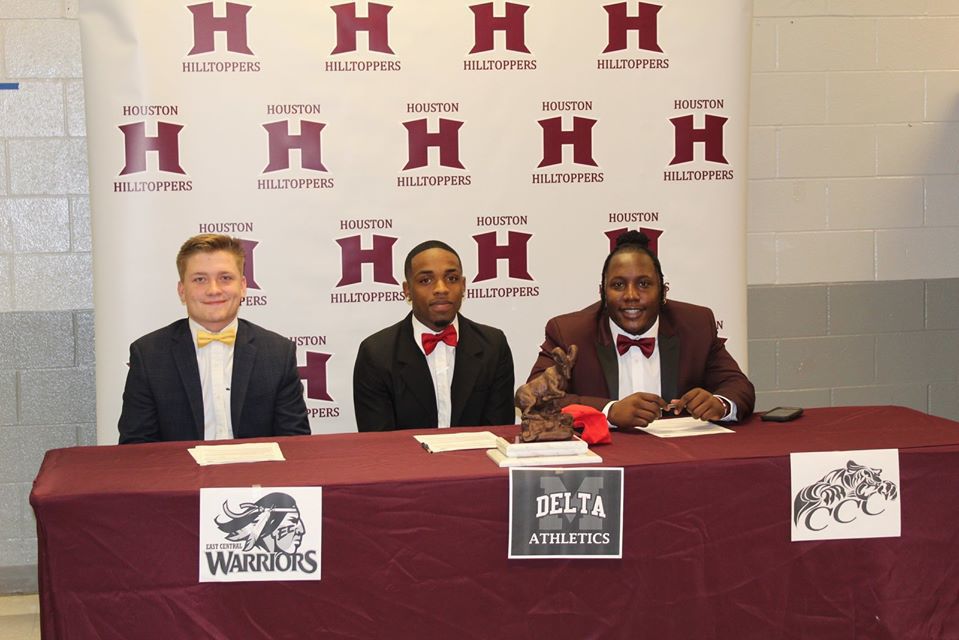 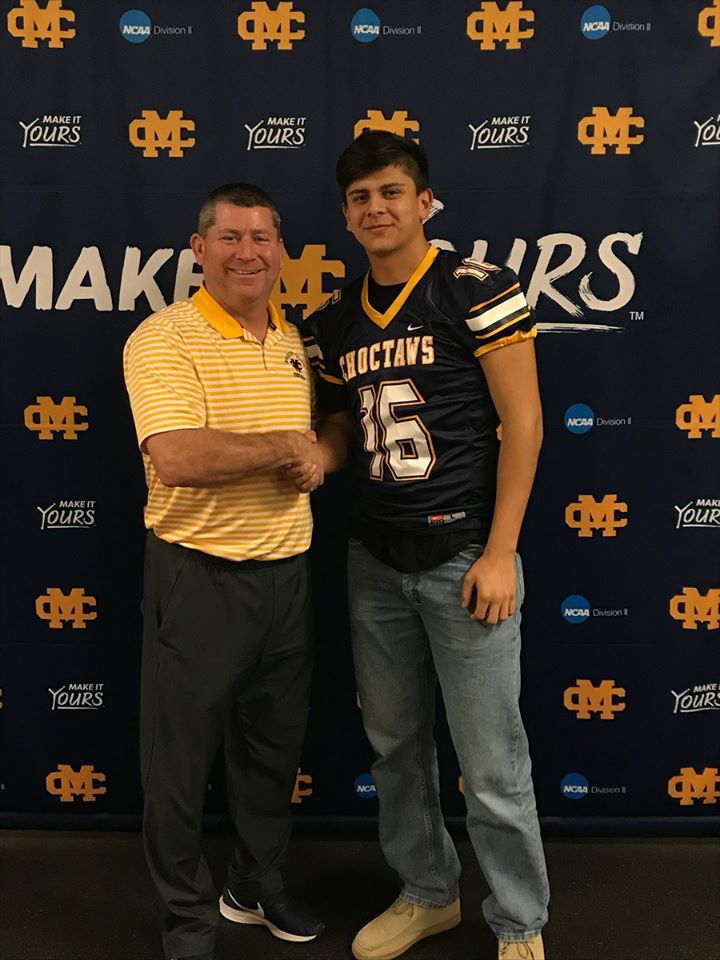 Defensive star Rish Alford signed with East Central Community College in Decatur. He recorded an outstanding season his senior year with the Toppers. He recorded 97 total tackles during the 2019-20 season, and averaged 8.1 tackles per game. 18 of those tackles were sacks. He was also named the Mississippi Coaches Association Defensive Player of the Year.

“It feels great,” he said. “It’s something I’ve worked toward for four years and it finally came true.”

The next to sign was running back Jylon Davidson. He signed with Mississippi Delta Community College. Davidson rushed for 116 yards in the 2019-20 season, and had 16 carries. He also recorded 111 receiving yards on eight receptions, with an average of 13.9 yards per catch.

Rounding out the ceremony was halfback Allen Robertson. He signed with Cohoma Community College. Robertson played on both sides of the ball, recording a whopping 482 rushing yards on offense for 2019-20. He also had 61 receiving yards. On the defensive side of things, he recorded a total of 128 tackles.