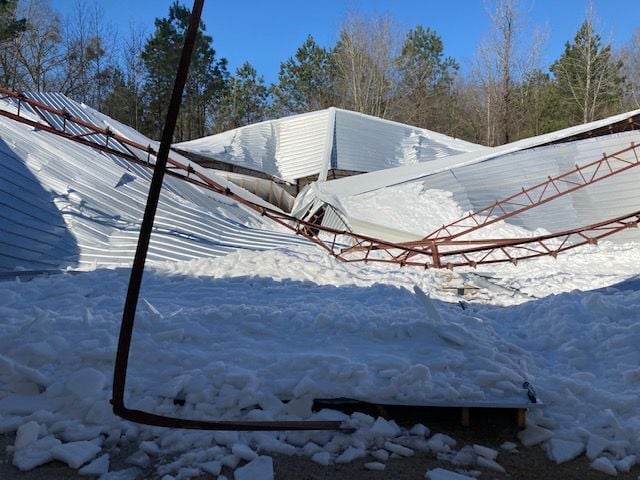 The new softball training facility collapsed under the weight of ice. 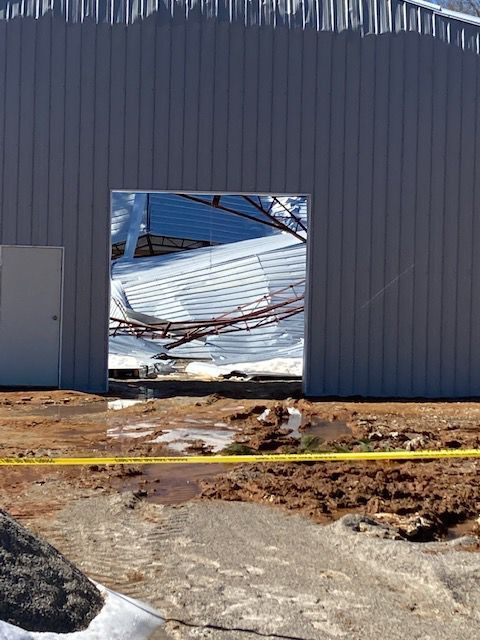 The damage from the outside of the building.

The new softball training facility collapsed under the weight of ice.

The damage from the outside of the building.

HOUSTON – The newly-constructed softball training facility, that was built with donations from the community, and was to house the Houston Lady Toppers softball team collapsed during the winter storm that struck the area.

The roof of the building fell in due to the weight of the ice that accumulated on top of it.

“The weight of the ice just collapsed the roof,” he said. “It happened sometime last Wednesday night or Thursday morning, we're really not sure. I discovered it when I went down to meet the lighting guy, he was coming in to begin to hang lights inside the building Thursday morning. There was no tracks on that road going in, and I was the first vehicle n there, and when I looked and saw it I said, 'this is not good.'”

The shell of the building had been completed, however, there was still several internal components that needed to be placed, so it was not a completed project yet.

Smith said that the building was insured through the school, so he was not sure about the specific policy or anything like that. He did say that the adjustor had not been out to look at the damage yet because they are bogged down due to the amount of damage caused by the storm. He also said that the project is at a standstill until the insurance made a decision.

“Mr. John Ellison, the superintendent has bent over backwards to help us with this, we are all singing his praises. But as far as that, we are at a standstill now until the insurance makes a determination on what's to be done.”

He said that they had structural steel experts and engineers examine the rubble and they determined that it was of no fault to the builders nor the manufacturers of the building, everything was built to specifications and the sole cause of the collapse was the massive amount of ice sitting on the roof for days.

However, they are not letting this huge obstacle crush their spirits, in fact, Smith said that there will be a building there.

“We are prepared to go back, we will have a building there, we just don't know when or how.”

He said that the new building would be prepared for anything that may come.

“The new building will not fall.”

Smith wanted to thank the people in the community for their continued support of the project.