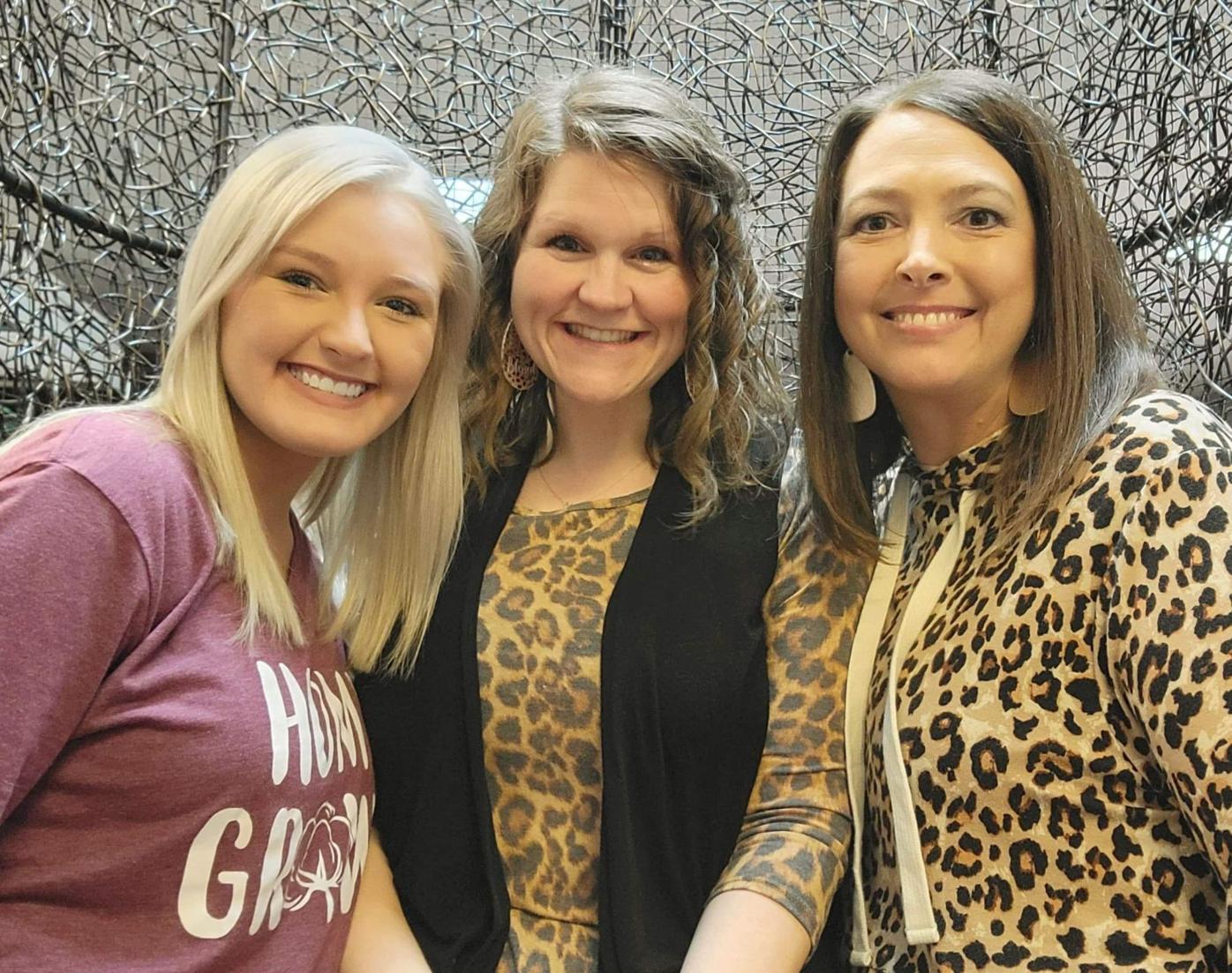 The staff at R&R Finance are back in business and ready to help you. From left, Erica White, Beka Ward and Amanda Burgess. 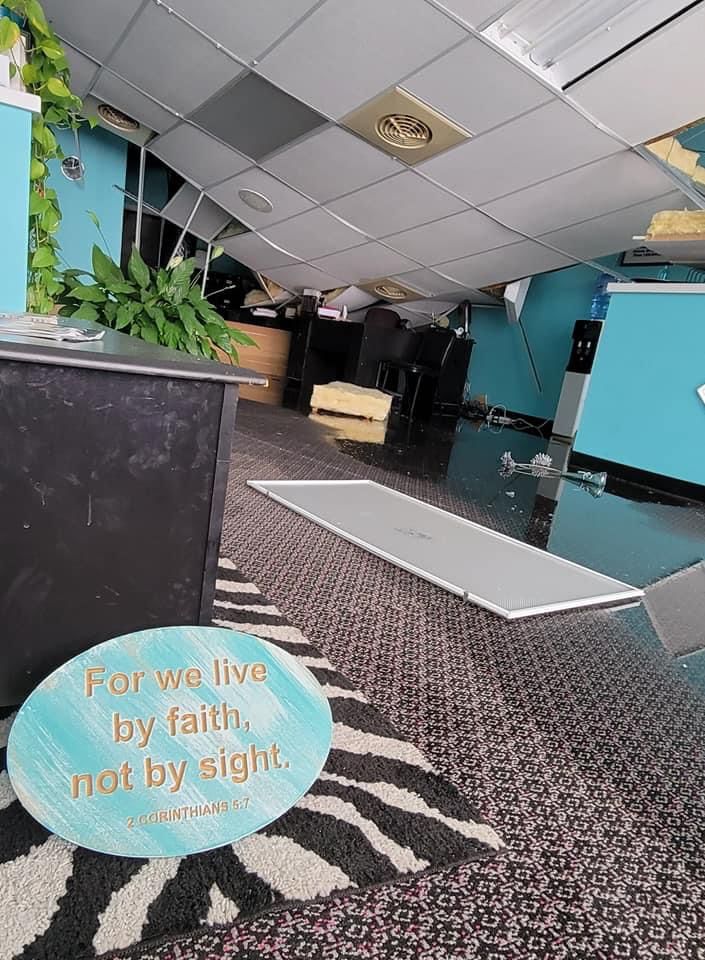 The ceiling collapsed at R&R Finance as a result of the winter weather, prompting them to move.

The staff at R&R Finance are back in business and ready to help you. From left, Erica White, Beka Ward and Amanda Burgess.

The ceiling collapsed at R&R Finance as a result of the winter weather, prompting them to move.

HOUSTON – When Beka Ward decided to stay home from work at R&R Financial on Thursday, Feb. 18, she did not know the full implications of her choice, that is until her phone rang.

The call was from the Houston Police Department and she said they told her to come to town, but they would not elaborate any further.

When she arrived, she said she saw where it looked like the roof was sagging. She remembers all too well the feeling she had when she saw that.

“Complete devastation'” she said. “The office is a second home to me, and its where my babies have taken their first steps, and it was like home. So it was very devastating.”

The extent of the damage was far worse than she had imagined though. Upon entering the office, she saw that the ceiling had collapsed...onto her desk.

The metal beams also bent inward, and some beams fell from the ceiling.

“Had I been there, it would have ended very differently. One of the main beams was right over where I would have been sitting, and I was this close to going in Thursday, so I am very grateful. It could have been really bad.”

However, there was little time to worry about that, as they needed to figure out a way to continue business without having to close down for an extended period of time.

She said that Gary Moore reached out to her and said he had a building, the former More for your Buck building across from Cspire, that they could set up in and so they immediately began moving.

“We didn't want to loose any business and I couldn't stand the thought of us being closed for a really long time, so we heard about this building, actually Gary Moore reached out to me and told me he had a building that we could move into, so we almost immediately started moving stuff in, and the whole business was actually closed Friday, so we didn't even miss one day or work, we were up at 9:00 Monday morning ready to go, did not miss a single day.”

She said that the new location has not hindered the business at all either, in fact, she said that they had been extremely busy since they opened the doors on Monday.

“We have been very busy, we haven't missed a lick, and the Lord's just blessed us tremendously. We had the loans rolling in, we had people approved for loans before we could even print a loan, before we even got our printers set up, so when our printers got going, we printed all day long.”

She also expressed her gratitude to the community for stepping up and helping them prevail in this ordeal.

“We were overwhelmed with the outpouring of folks wanting to help, asking when they could be there to help, my church family just went above and beyond. It was unreal.”

“It was a true miracle,” she added.

She said that they plan to move back into their old location, but that the old building will have to be demolished because it was a total loss, and they will have to rebuild.

However, she is hopeful that they will be back at their old location by the end of the year.

Easter Bunny: Just trying to get back home in one piece