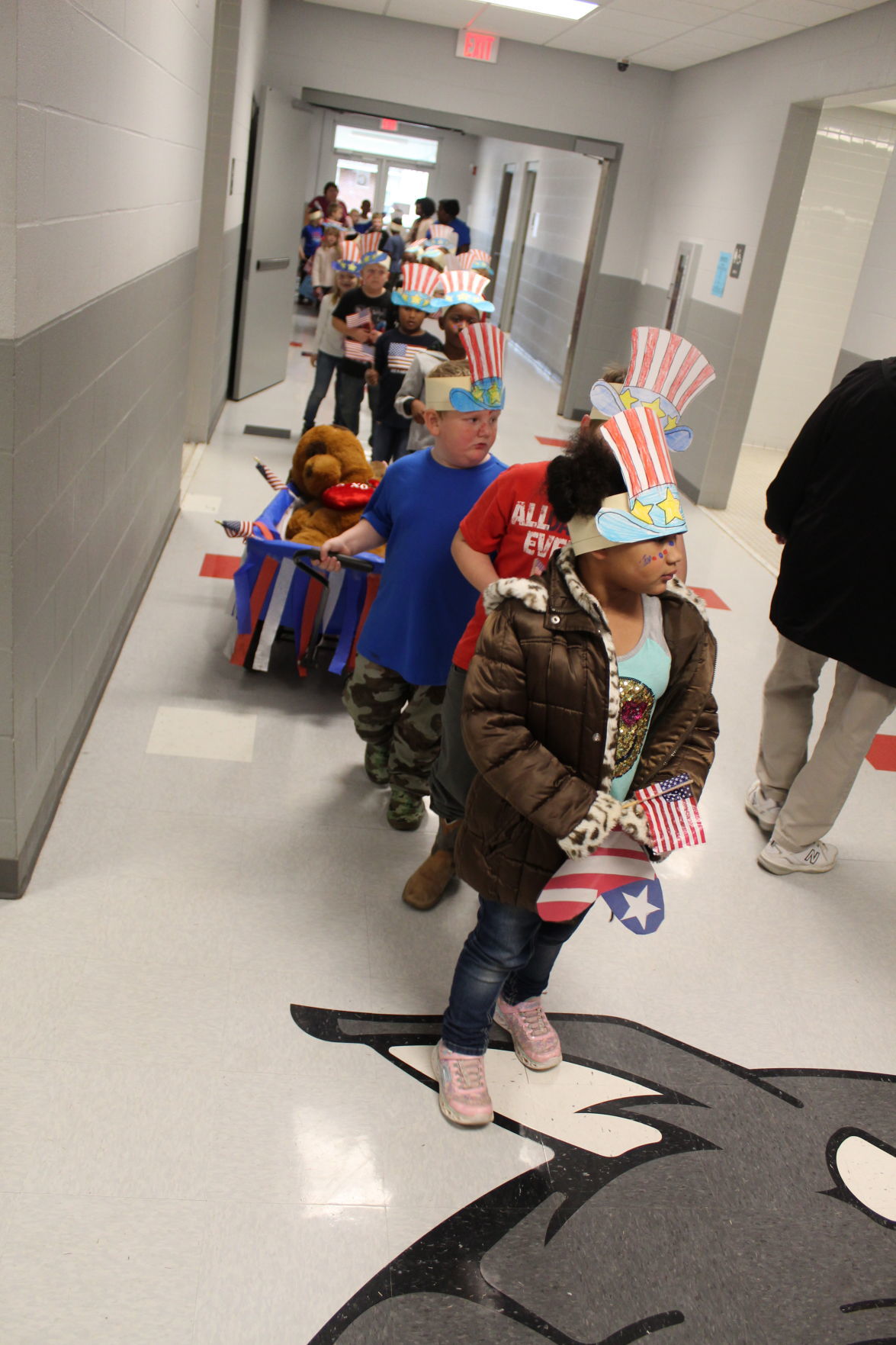 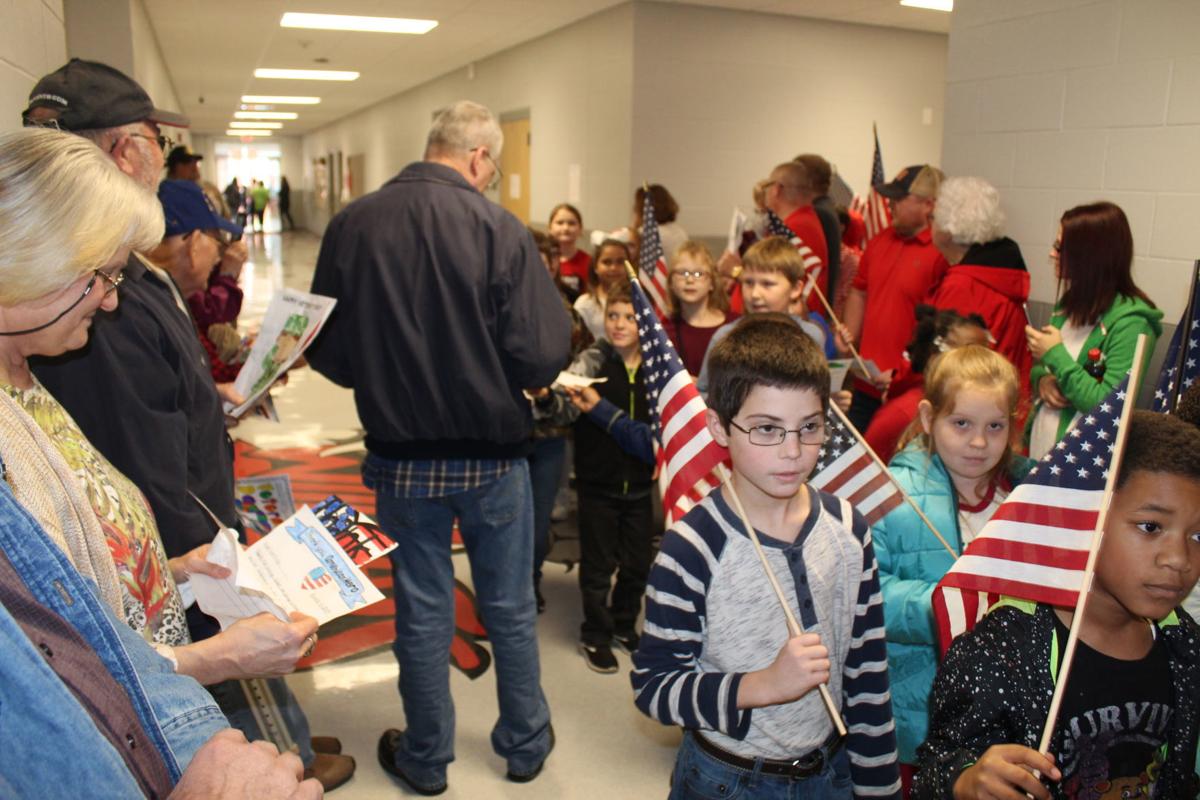 Veterans from various branches of the military gathered for a noon lunch in their honor at the Houlka United Methodist Fellowship Hall.

Said Child Nutrition Director Cindy Moore: “We enjoyed the privilege of serving the veterans and they certainly seemed to enjoy the meal.”

“There were less than we’ve had in previous years, but considering the threatening weather and chance of rain, we were pleased with the level we had.

“We always enjoy the event each year and we hope the students learn from it. They need to learn the sacrifices men and women have made for our freedom,” Dr. Collums said.

Following the luncheon, there was to be a parade at 12:45 p.m. on the street between the Baptist church and the Houlka Methodist Church, with kindergarten through 6th grade youngsters taking part.

Due to the iffy weather, the parade was moved indoors to the new school building. With the veterans lined up in a hallway, the youngsters paraded by.

Many of the youngsters carried flags, and thanked the veterans for their service. Many presented them with hand-made mementoes and messages in appreciation of their service.

Said one veteran, an ex-Marine who served in Vietnam, “I was touched that the children took the time to do this, and gave us hand-made expressions of their appreciation for our service. Our children really are our future, and we were privileged to stand up for them and the nation.”

The Attendance Center has held the veterans recognition event for many years, school officials said this week.