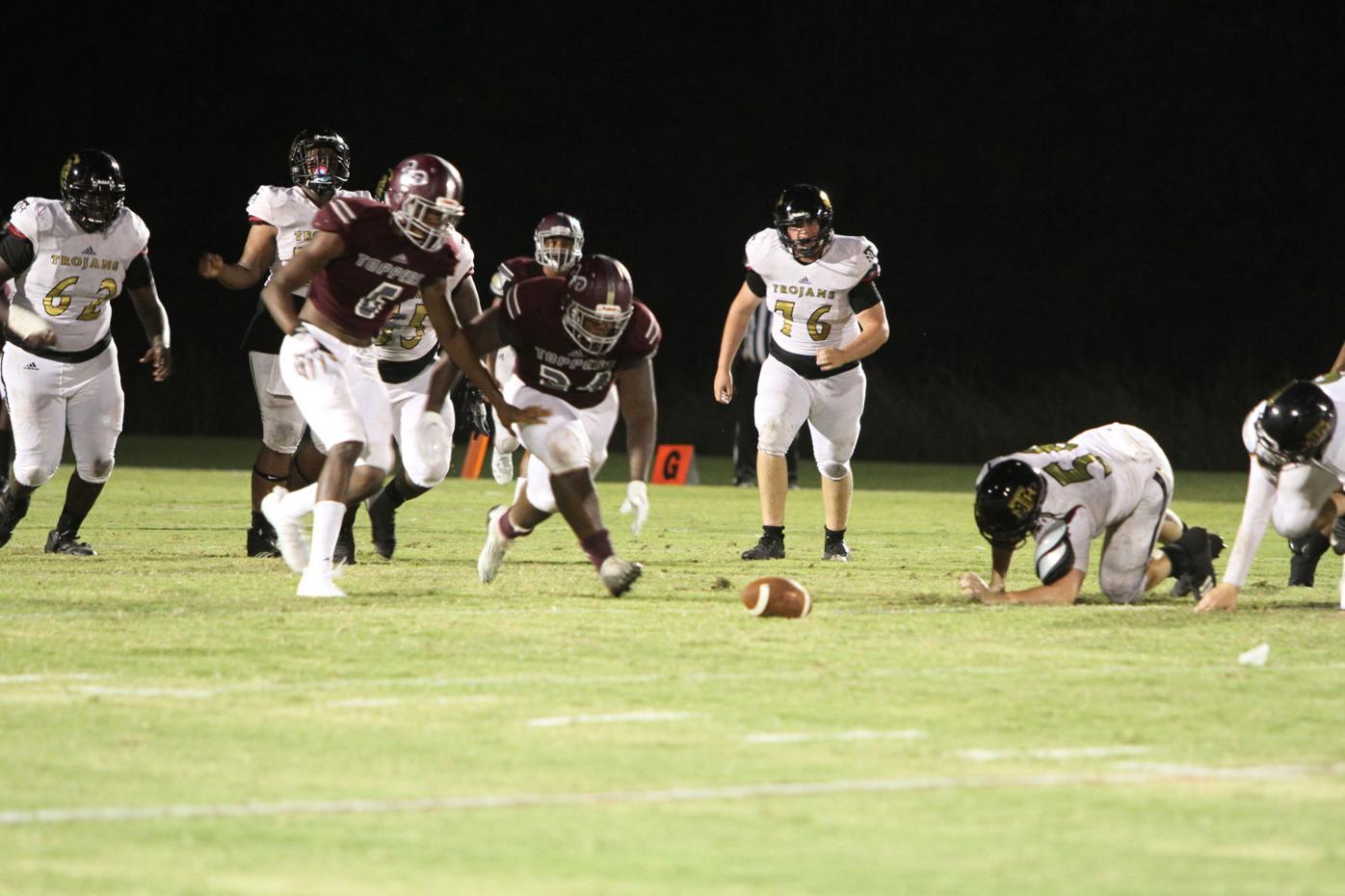 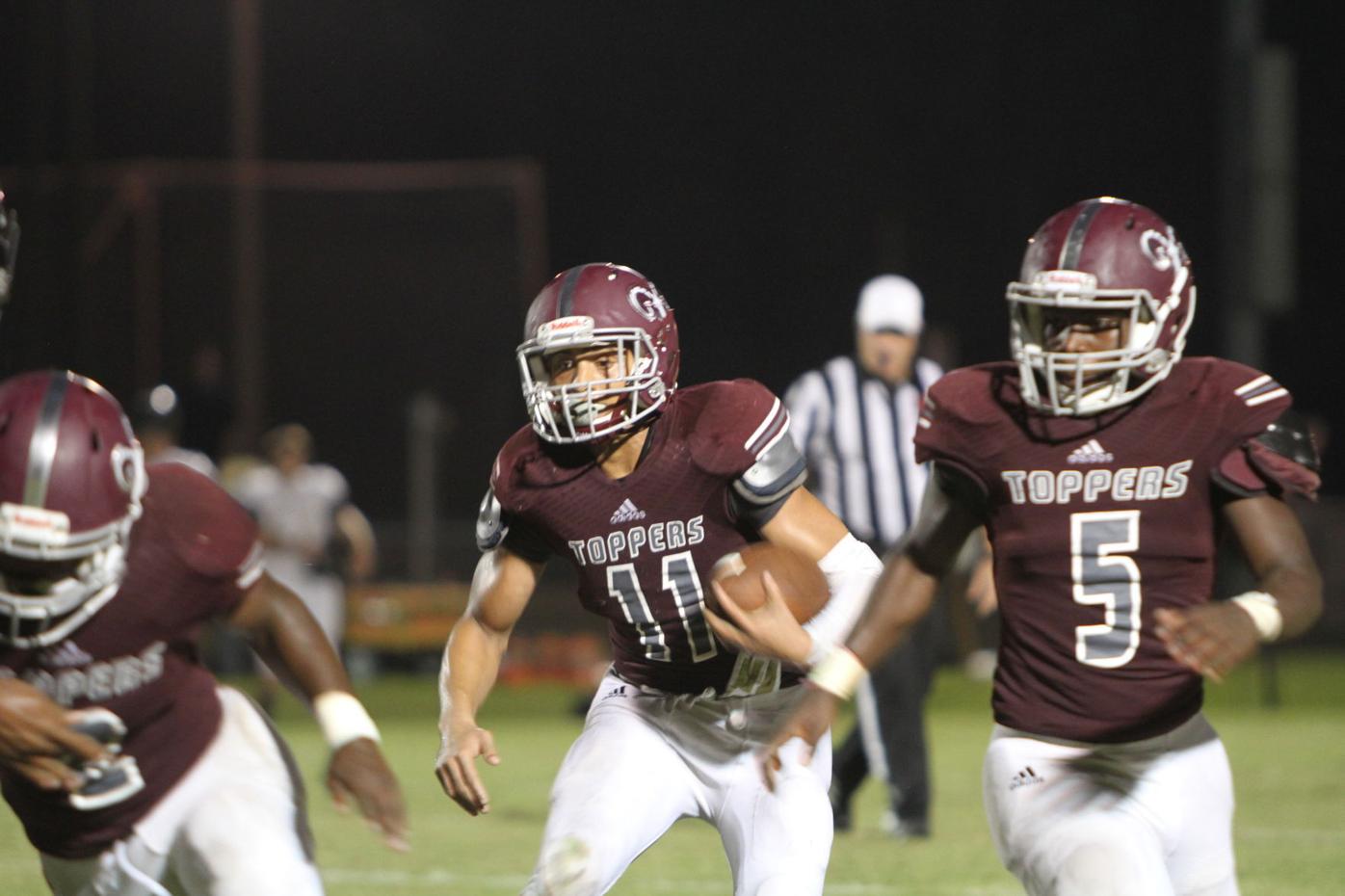 HOUSTON – The Houston Hilltoppers, with new head coach Baylor Dampeer, opened their season at home against the New Hope Trojans on Friday night.

The Toppers would take home the hard-fought battle by a score of 20-7.

The Toppers dominated the first half of play, putting 14 points on the board, while holding the Trojans scoreless.

Shemar Crawford, a returning star from the Hardin era, and Jalen Washington, a freshman who just made his varsity debut last week, put up impressive performances according to Dampeer.

The Toppers faced a bigger opponent on the field than even the Trojans, however. Injuries plagued both teams, with the heat being a huge factor, and every other drive ending in an injury time out.

Quarterback Red Parker was not exempt from the collateral either. He went down on a quaterback keep play, and was slow to get up. He then sat out several plays before returning to cap the game off with a touchdown pass to Crawford.

Julius Bell was another Topper collected in the mayhem. Bell made a tackle on the far sideline in the 3rd quarter, and was down for several minutes. Once up, he limped to the sidelines and sat the rest of the game out with ice on his knee.

“Good to get a win,” said Dampeer. “A little sloppy at times, got a lot to fix. A lot of kids played and as we expected the heat played a role, and got a lot of kids both ways. I think we'll clean it up and get ready for next week.”

The defense for the Toppers, while giving up a few yards and a touchdown, was ultimately the deciding factor in the game.

The Trojans were driving down the field on a late 4th quarter drive to bring it within one score, when a sack by Johnathan Hollingsworth that resulted in a fumble recovered by the Toppers.

This allowed the Toppers to take a knee and run out the clock.

The Toppers go on the road on Friday to take on the Shannon Red Raiders.

Remember those who are not here for dinner

Mercy rule: necessary or not