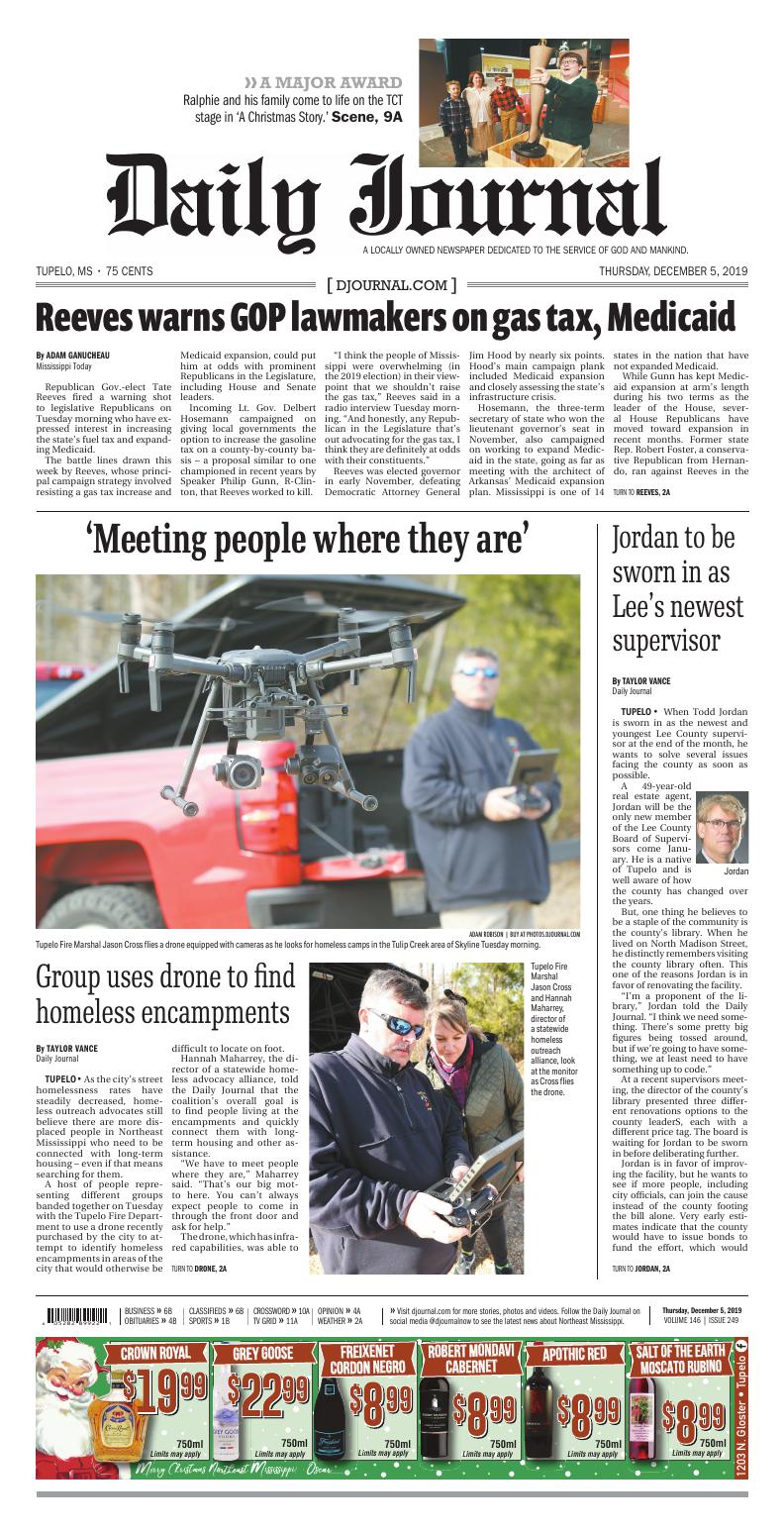 The battle lines drawn this week by Reeves, whose principal campaign strategy involved resisting a gas tax increase and Medicaid expansion, could put him at odds with prominent Republicans in the Legislature, including House and Senate leaders.

Incoming Lt. Gov. Delbert Hosemann campaigned on giving local governments the option to increase the gasoline tax on a county-by-county basis – a proposal similar to one championed in recent years by Speaker Philip Gunn, R-Clinton, that Reeves worked to kill.

“I think the people of Mississippi were overwhelming (in the 2019 election) in their viewpoint that we shouldn’t raise the gas tax,” Reeves said in a radio interview Tuesday morning. “And honestly, any Republican in the Legislature that’s out advocating for the gas tax, I think they are definitely at odds with their constituents.”

Hosemann, the three-term secretary of state who won the lieutenant governor’s seat in November, also campaigned on working to expand Medicaid in the state, going as far as meeting with the architect of Arkansas’ Medicaid expansion plan. Mississippi is one of 14 states in the nation that have not expanded Medicaid.

While Gunn has kept Medicaid expansion at arm’s length during his two terms as the leader of the House, several House Republicans have moved toward expansion in recent months. Former state Rep. Robert Foster, a conservative Republican from Hernando, ran against Reeves in the gubernatorial primary on expanding Medicaid.

Former Chief Justice Bill Waller Jr. also proposed expanding Medicaid in the Republican primary. Both Foster and Waller enjoyed broad support among the Republican House caucus, many of whom have long butted heads with Reeves.

Pundits are closely eyeing how the power dynamics in state government will shift beginning in January. Reeves, known for his heavy-handed leadership style during his two terms as lieutenant governor, moves to the Governor’s Mansion, where legislative strong-arming has proven difficult in recent history.

Hosemann has spent November and December meeting with most of the 52 senators – 13 of whom are newly elected. Going into a third term as speaker, Gunn is expected to wield more power over the Republican supermajority than before.

Reeves and his transition team have been working to fill policy positions in the governor’s office and nail down key positions in state agencies. Reeves’ interview on Tuesday morning was one of his first since the election.

“The liberals, the Democrats spent almost $10 million in Mississippi this year trying to convince Mississippians that we needed higher taxes, we needed Obamacare expansion, and they just were unsuccessful in doing so,” Reeves said on Tuesday.

Representatives from the offices of Reeves, Hosemann and Gunn did not immediately respond to requests for comment.

Tupelo Fire Marshal Jason Cross flies a drone equipped with cameras as he looks for homeless camps in the Tulip Creek area of Skyline Tuesday morning.

The drone picKs up an infrared image of the Tulip Creek area in Skyline during a search for homeless camps in the area.

Tupelo Fire Marshal Jason Cross and Hannah Maharrey, director of a statewide homeless outreach alliance, look at the monitor as Cross flies a drone equipped with cameras as they look for homeless camps in the Tulip Creek area of Skyline Tuesday morning.

TUPELO • As the city’s street homelessness rates have steadily decreased, homeless outreach advocates still believe there are more displaced people in Northeast Mississippi who need to be connected with long-term housing – even if that means searching for them.

A host of people representing different groups banded together on Tuesday with the Tupelo Fire Department to use a drone recently purchased by the city to attempt to identify homeless encampments in areas of the city that would otherwise be difficult to locate on foot.

Hannah Maharrey, the director of a statewide homeless advocacy alliance, told the Daily Journal that the coalition’s overall goal is to find people living at the encampments and quickly connect them with long-term housing and other assistance.

“We have to meet people where they are,” Maharrey said. “That’s our big motto here. You can’t always expect people to come in through the front door and ask for help.”

The drone, which has infrared capabilities, was able to identify one homeless encampment, even though the organizers believed it was an inactive site. Outreach coordinators plan to physically go to the site at a later date when the weather is more suitable.

“For us to be Mississippi where people often try to discount us, we’re trying to become more cutting edge and more relevant through our homeless response efforts,” Maharrey said.

From there, Sarah Ekiss, the Northeast Mississippi coordinator for Mississippi United to End Homelessness, and others can use the drone information to help conduct initial assessments and determine what resources can be offered.

Ekiss told the Daily Journal that when she conducts an initial assessment of a person’s situation, she asks a series of questions about that person’s current status. The answers can determine how that person receives resources.

Even though the organizations did not find an active encampment site, Maharrey said the next step could possibly be to use the drone to map out certain areas in order to locate homeless people more efficiently.

“I’m interested to see if we can duplicate what we’ve done here to other places,” she said.

Raven Brown, a data collection specialist with Communicare, a mental health service in Oxford, said she hopes to bring what she saw in Tupelo to Oxford. 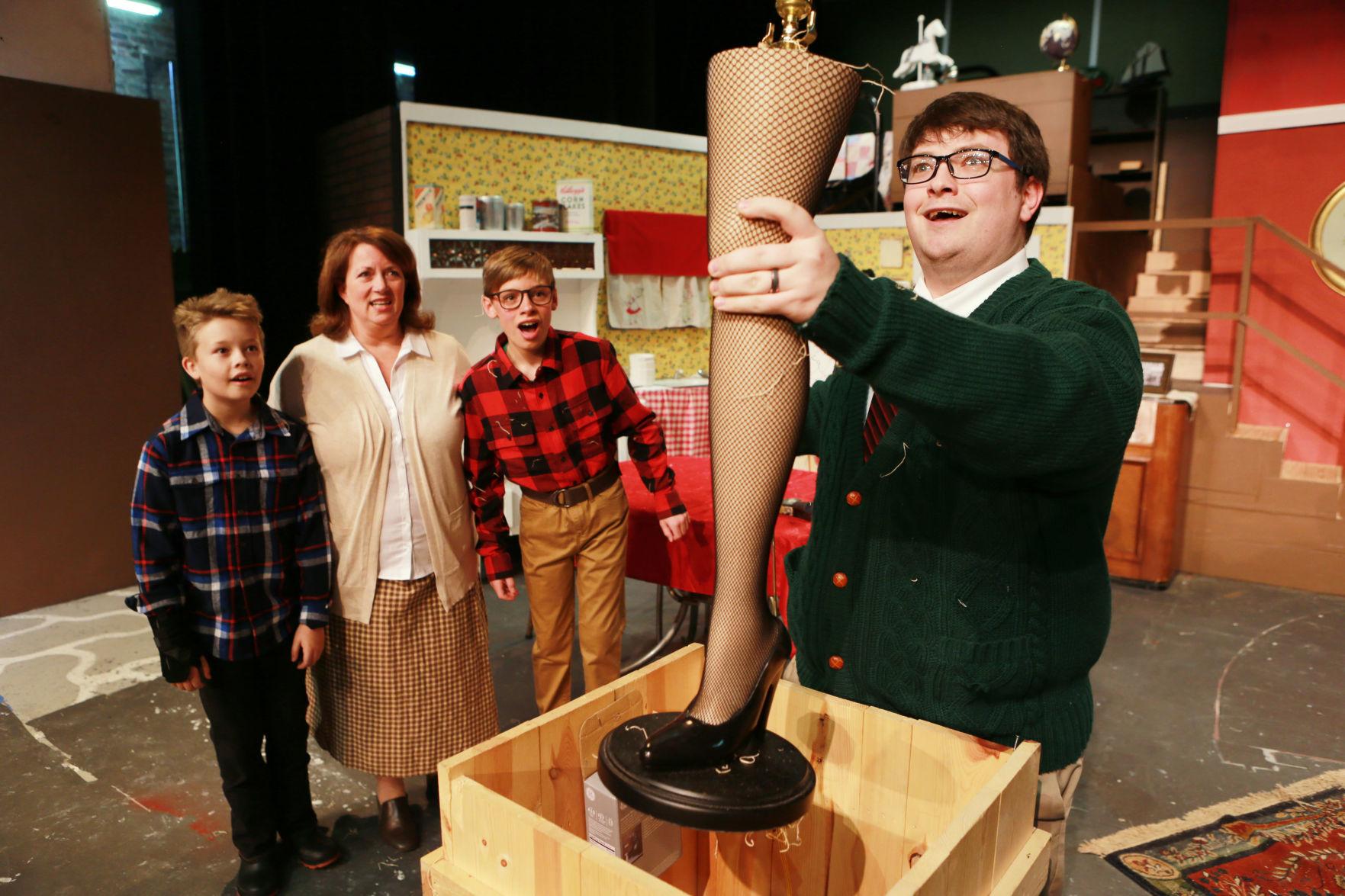 The Old Man (Phill Milner) holds the infamous leg lamp while his family, from left, son Randy (George Martin), his wife (Rosemary Dillard) and son Ralphie (Thomas Roper) look on in horror during a scene from Tupelo Community Theatre’s production of “A Christmas Story.”

TUPELO • When Todd Jordan is sworn in as the newest and youngest Lee County supervisor at the end of the month, he wants to solve several issues facing the county as soon as possible.

A 49-year-old real estate agent, Jordan will be the only new member of the Lee County Board of Supervisors come January. He is a native of Tupelo and is well aware of how the county has changed over the years.

But, one thing he believes to be a staple of the community is the county’s library. When he lived on North Madison Street, he distinctly remembers visiting the county library often. This one of the reasons Jordan is in favor of renovating the facility.

“I’m a proponent of the library,” Jordan, a Republican, told the Daily Journal. “I think we need something. There’s some pretty big figures being tossed around, but if we’re going to have something, we at least need to have something up to code.”

At a recent supervisors meeting, the director of the county’s library presented three different renovations options to the county leaderS, each with a different price tag. The board is waiting for Jordan to be sworn in before deliberating further.

Jordan is in favor of improving the facility, but he wants to see if more people, including city officials, can join the cause instead of the county footing the bill alone. Very early estimates indicate that the county would have to issue bonds to fund the effort, which would likely cause a small tax increase.

“I think the long range plan we’d like to look at just see where we’re going,” he said. “And I don’t know if this will happen in two months, six months or a year, but when you’re talking about asking people to pay for something that 60% may never step foot in, that’s a tough decision to do.”

Like the library, county officials have long debated what to do with the county’s overcrowded jail. Jordan said he doesn’t have a concrete solution, but he does think the county should discuss the issue quickly instead of continuing to push it down the road.

“A couple of years ago, I had to go get fingerprinted to renew my real estate license,” he said. “When I walked into the administrative part, I kind of felt sorry for the people that work in there. I think we need some administrative offices and obviously more beds. When you get so overcrowded, it becomes unsafe for the workers and the inmates.”

Jordan could prove to be the deciding vote on the two issues, and he believes the county should always think toward the future.

“You just want to see your kids grow up having things that you didn’t,” he said. “You get to make those decisions based on the future, and I think that’s important.” 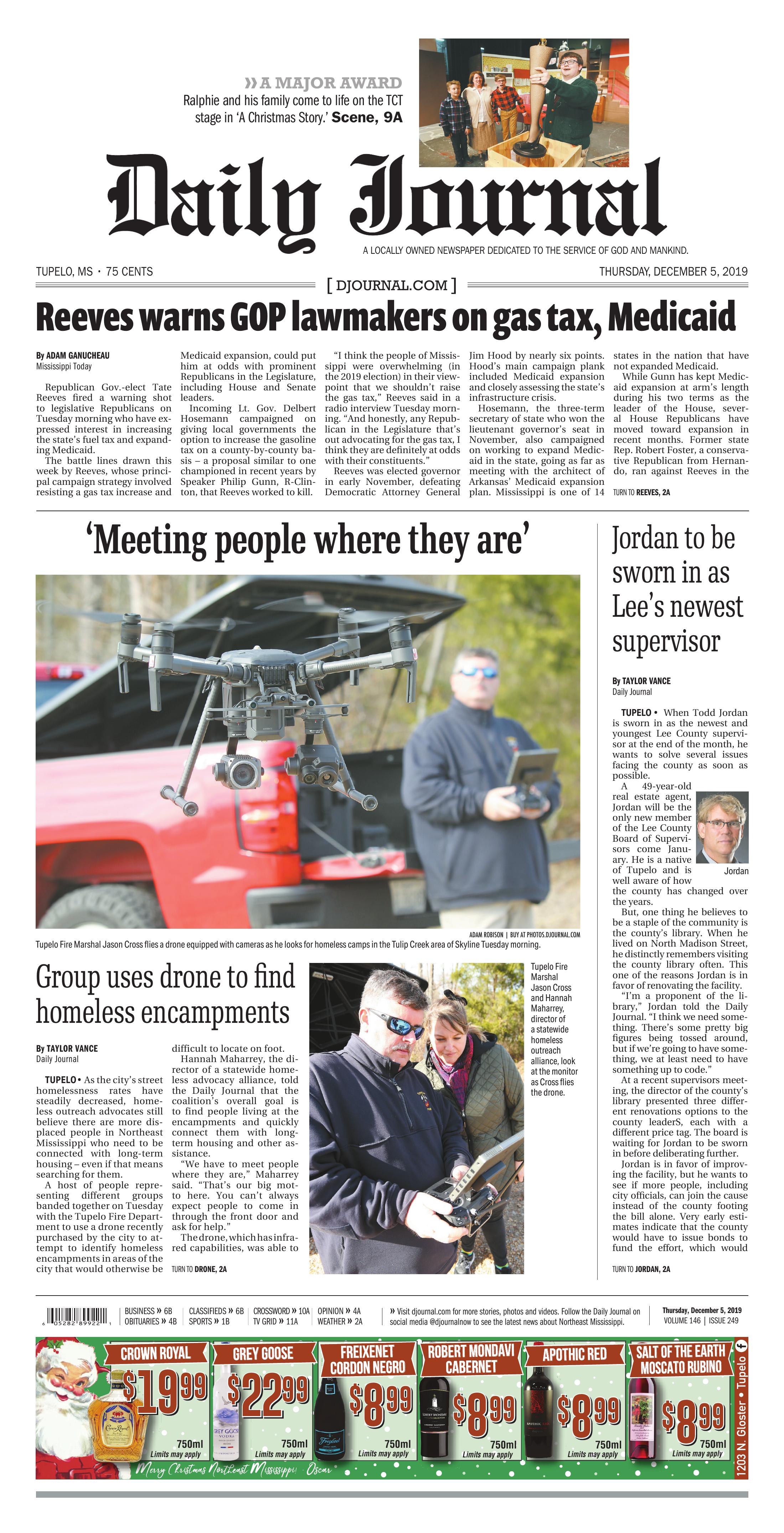