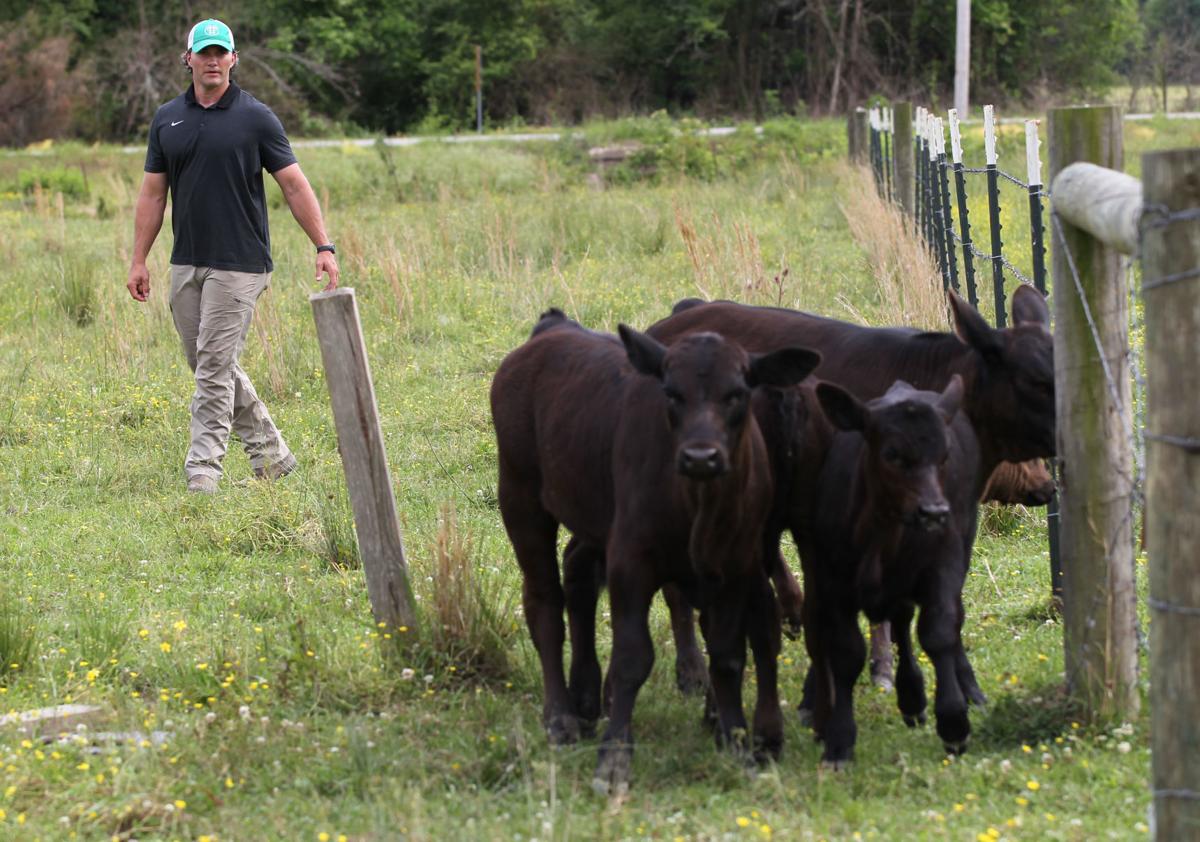 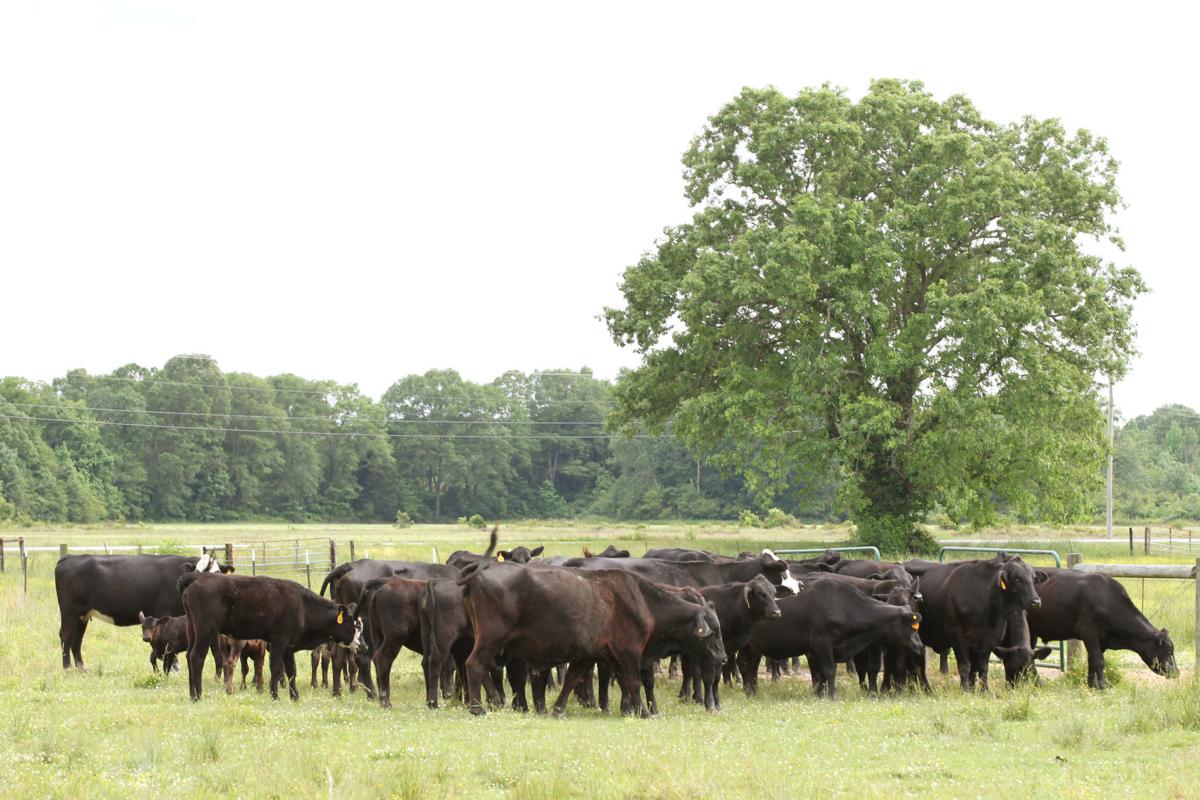 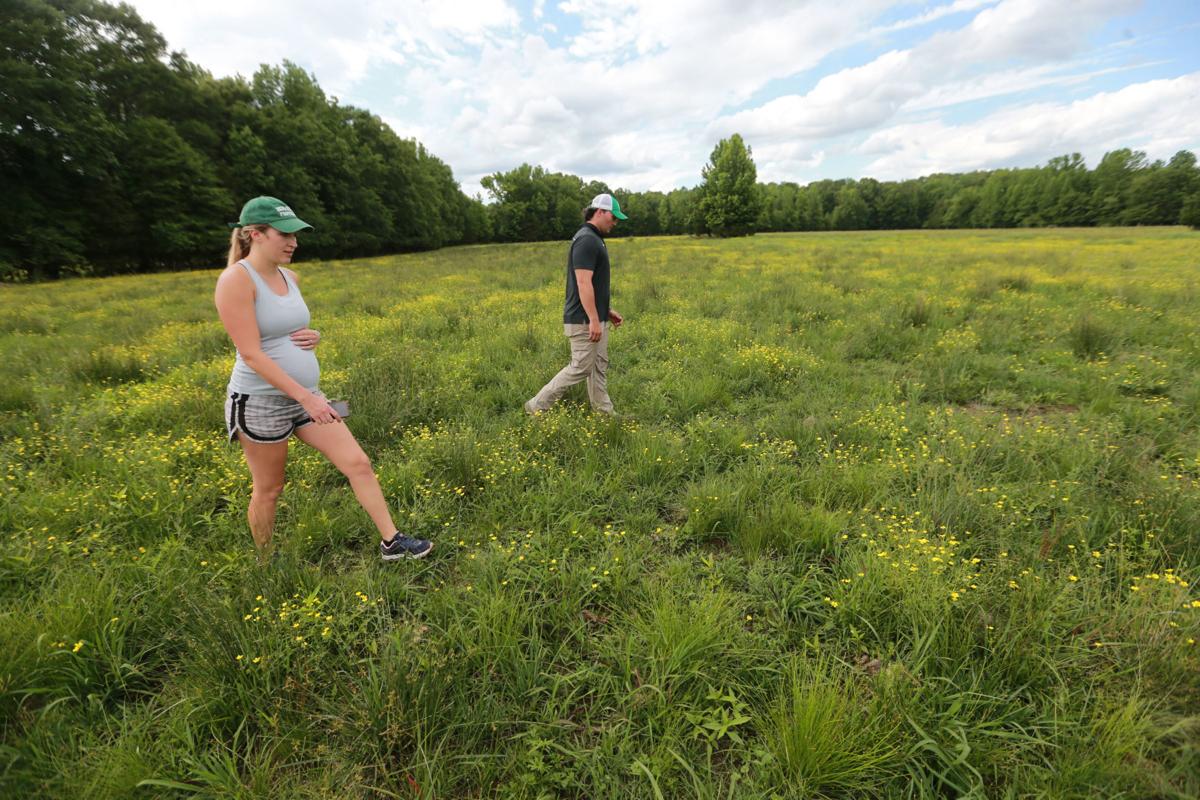 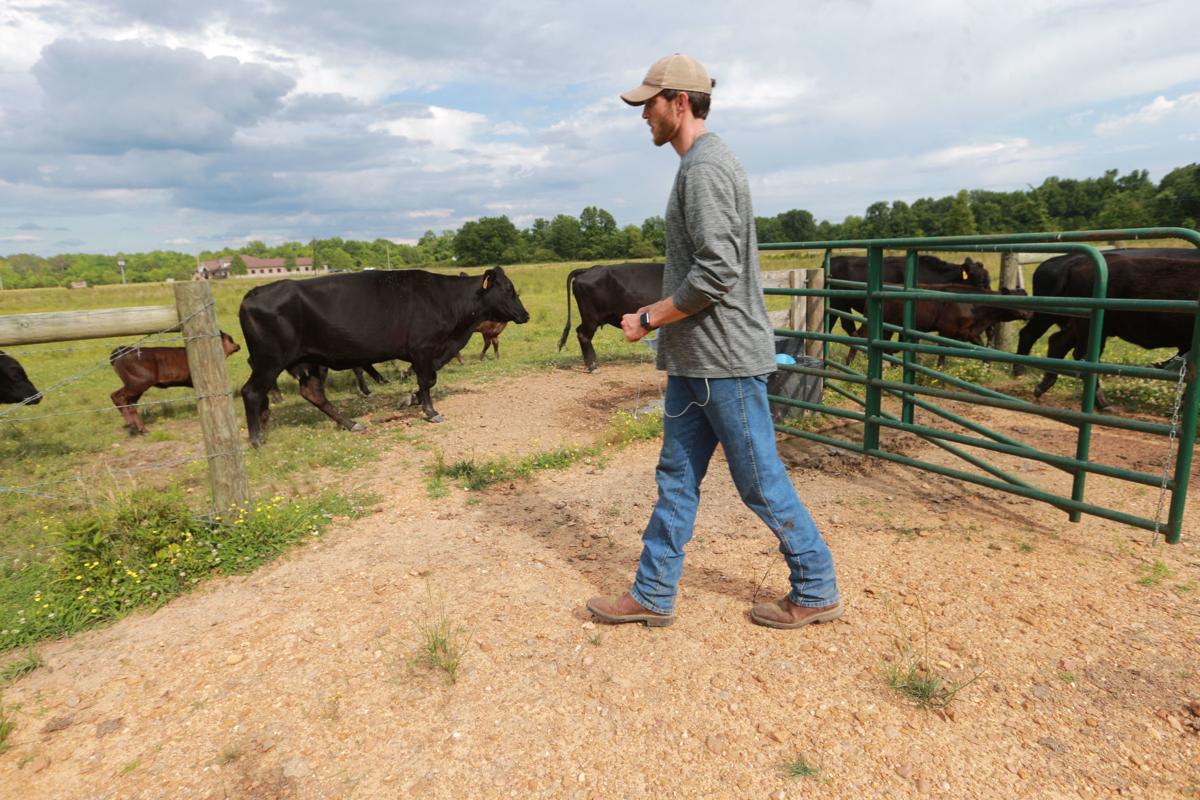 Barkley Falkner helps move cows from one pasture to another Thursday afternoon at Falkner Farms.

Barkley Falkner helps move cows from one pasture to another Thursday afternoon at Falkner Farms.

OXFORD • On their farm of 50 acres, Ley and Donna Falkner have some 40 black Angus cows and 225 chickens.

“But we tell everybody we grow grass,” said Ley.

The family had been traditional farmers for years and even had cattle (fed by grain), but was looking for something different.

“We got tired of working for the land; we wanted the land to start working for us,” Ley said.

It was Barkley, one of their sons, who came up with the idea of switching to grass-fed cattle.

“I’m health-conscious, and I was reading a lot of articles and dad was looking at getting back into cows,” Barkley said, “so I said let’s get some grass-fed. It’s unique, and there are health benefits to it.”

Barkley followed, among others, American farmer, lecturer and author Joel Salatin, who has strong opinions on farming. He delved more into regenerative farming, and discovered the benefits of chickens as well.

The chickens would of course provide eggs, but more importantly, fertilizer for the pastured from which the cattle would graze,

That was a line his parents almost didn’t cross, however.

“They were like no way, they stink ... it took a little convincing,” Barkley said. “It’s still a little head-butting sometimes, but, hey, it working out.”

Starting with just a handful of cows seven years ago, Falkner Farms keeps around 40 cows.

“Ideally you want about an acre and half for each cow,” said Reed Falkner, Barkley’s brother.

The family, with Barkley’s encouragement, became more health conscious as well, wanting to find out where their meat was sourced. Grass-fed beef seemed optimal, and after visits to another farm that was raising grass-fed cattle, the Falkners got into the business as well.

“We just transitioned the herd that we had and just grew it to what we have now,” Reed said.

It takes 24-30 months to get a cow at the ideal weight to slaughter and process. That translates to about 1,000 pounds. The hanging weight would be about 450-580 pounds.

To get them to their ideal weight, the cows are rotated every other day or so to a new patch of fresh grass. That continues until they’re almost ready to go to the processor. Their final pasture is a richer mix of grasses – the dessert pasture as its called – where they’ll get to their final weight.

With the coronavirus pandemic, the farm has seen a surge in interest. As the meat supply has tightened and prices skyrocketed, more people are looking for safer and more reliable sources. Giving them a boost as well is the state agriculture commissioner’s website, which has a Farmers Marketplace that allows farms to put their information online.

“We’ve had people emailing us the past two weeks since they did that, and we also have people calling for wholes, halfs, quarters ... it’s been amazing,” Reed said.

For now, it’s mostly individuals who buy the meat that come from the cows at Falkner Farms. They go to a a meat processor in Kosciusko twice a month, where the meat is frozen and sold at the farm and a couple of farmers markets.

“It’s been really good. Beef prices have really gone up, but we’ve kept our prices about the same for now,” Reed said.

The chickens aren’t for sale as they’re needed mostly for fertilizer, but the eggs are sold for $4 a dozen.

Providing the beef for a restaurant would be an added bonus one day, but the farm doesn’t have the capacity. That would take adding more cows, of course, but more importantly, it would also require adding more pasture.

For now, Reed, his wife Elizabeth, and Barkley work under the careful eye of Ley to grow the farm slowly but surely.

“It’s been a huge learning curve,” Barkley said. “At first you think it’s going pretty easy but then you start diving deeper and, like anything, there’s much more to it. You just can’t throw cows and chickens out there. You’ve got to feed them, you’ve got to move them ... it’s a lot more involvement.”

And with more people finding out about grass-fed beef – particularly their beef – Falkner Farms is playing its part in supplying meat to Americans’ tables.

“The food chain is really dysfunctional,” Barkley said “It’s easy to scale up, but once it’s so big, if that one link breaks, it’s broken completely. That’s helped us because you know where your meat is coming from. It’s been kind of a blessing in disguise. We kind of can’t keep up with demand, but we’re loving it.”

POLL: Should Mississippi allow mail-in voting this fall due to the COVID-19 pandemic?