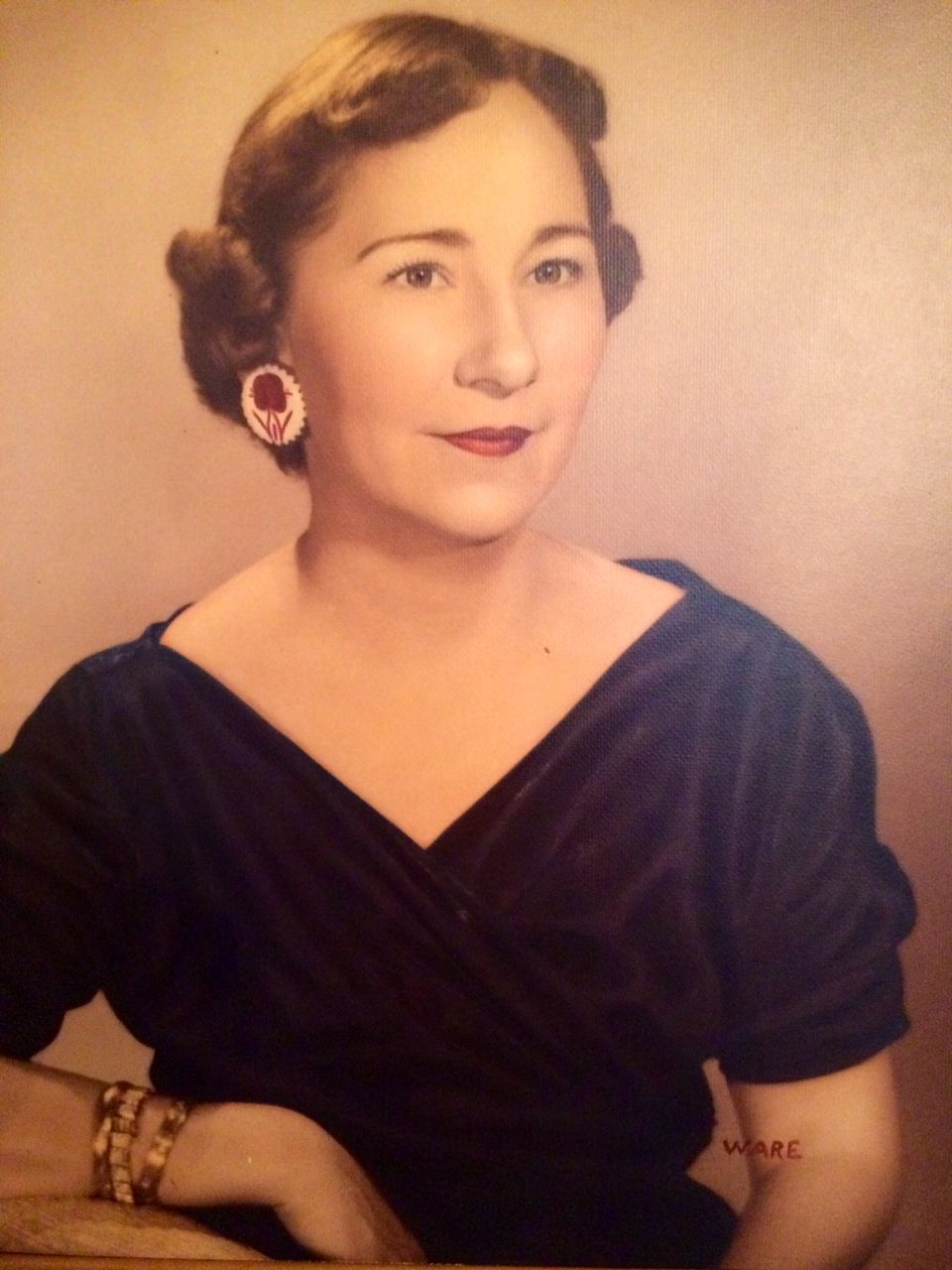 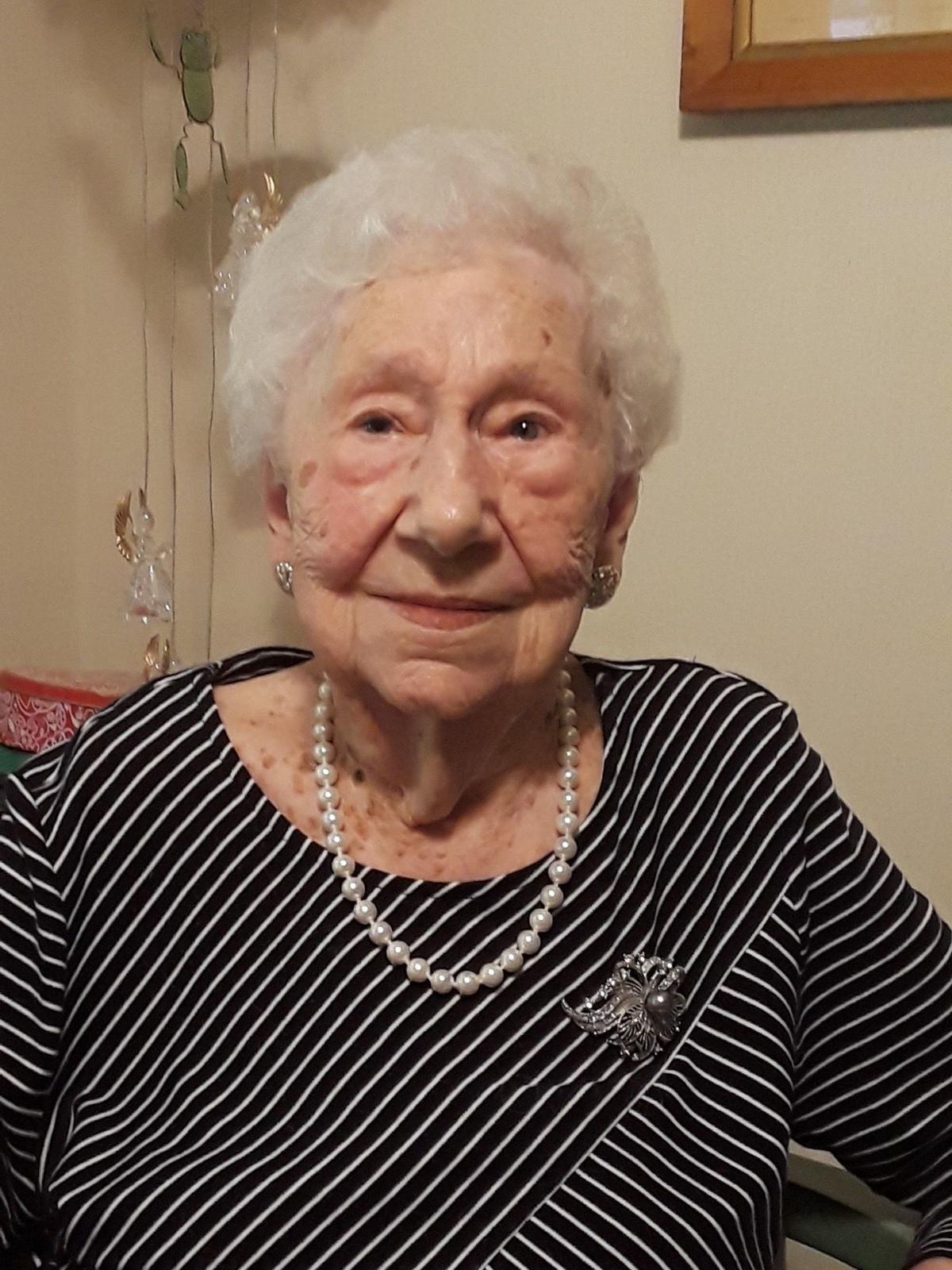 “We all worked at Stubblefield’s Five and Ten Cent store across from the court square,” Verdie Phillips Zappe said of her sisters. “There were five of us girls, and when one would get married, then the next one would come along and take her place.”

Even at a century old, Zappe’s recollection of growing up in Fulton is as clear as a bell. She’s the picture of a quintessential southern lady, with hair as white as a February frost and mind as crisp as the cold it brings. Her southern lilt, earned over generations of living below the Mason-Dixon Line, is as pristine and strong as a woman’s half her age. Rarely, if ever, will she be seen without her signature string of pearls around her neck and a broche perched perfectly on her left side. Zappe often matches her outfits with stylish handkerchiefs.

Born in 1920 on the heels of the Spanish Flu Pandemic, Zappe will turn 100 years old next week. She is the last surviving child of Fulton’s former town marshal, Lee Phillips.

As she spoke via telephone from her home in Pine Bluff Arkansas, her distinct and proper words painted a vivid portrait of life growing up in Fulton in the early 20th century. It’s as if she’s still standing behind the counter at the five and dime circa 1936.

“On Friday and Saturday nights, folks would go to the Dixie Theater to see a picture show. Mostly westerns were playing,” Zappe said, recalling years long gone. “They would get a nickel burger at Stringfellow’s hamburger joint and all the stores, including Stubblefield’s, would stay open for them to shop.”

Except for one night. As she tells the tale, there was a night the lights went out in Fulton. She may have had something to do with it.

“You know electricity hadn’t been around very long, and we had a beautiful lamp on the counter at Stubblefield’s,” she said. “One night, a patron had stopped in wanting to purchase it. Well, I struggled and struggled to get that thing unplugged and finally decided I would have to try another way other than pulling at it.”

As Zappe’s story goes, she determined the best means to get the plug out of the outlet was to pry it loose. She reached into a nearby drawer and pulled out a fingernail file she kept there.

“The second I touched that thing, it knocked the devil out of me,” she said. “Sparks flew everywhere, and the next thing I knew the lights had gone out all over town.”

Getting the power restored required the help of Virgil Dozier, manager of the TVA substation in Fulton.

“It’s a wonder it didn’t kill me,” Zappe said with a laugh. “I’ve often been curious if anyone else remembered that night. But I suppose there’s no one left that would, except me.”

With her astounding memory, Zappe can rattle off all her high school teacher’s names faster than a writer can put pen to paper. McDonald, Seitz, Reese, Kilpatrick, to name a few. And she doesn’t mind spelling them to ensure the listener gets it right.

Zappe’s niece, Ann Violet, said her aunt’s memory is a thing of wonder.

“I think her memory goes back to before she was born if that’s possible,” Violet said. “She is as sharp as a tack, and she loves Fulton and talking about those days.”

As she reminisced about the years she spent peering at the blackboards of Itawamba’s schools and living near the center of the town’s activity, Zappe recalled that she and her two brothers and four sisters all had the same teachers from grammar school to high school. She talked about how the world has changed during her lifetime, sometimes for good, sometimes for bad.

Life for Zappe was mostly the latter.

“Fulton was a good place to raise a family,” she said. “When I was a child, we left the doors unlocked and the windows up, that’s something you can’t do now. I am so fortunate to have grown up there, and I wouldn’t take anything for it.”

In the early 1940s, circumstances took Zappe’s life outside the periphery of her beloved Fulton. She joined her sister Vener in Pine Bluff to help look after her 2-year-old nephew while his father, Glen, was fighting in World War II.

Zappe took a job at the Pine Bluff Arsenal (PBA), one of nine U.S. Army installations manufacturing incendiary grenades and bombs. After the war was over, PBA reduced their workforce, and Zappe lost her position to a woman who was hired 15 minutes before her. It didn’t sit well with Zappe at first, but the two later became friends.

When her sister’s husband returned home from the war, Zappe remained in Pine Bluff.

It was tragedy that brought the Phillips sisters back to Fulton not once, but twice in 1947. In June of that year, both their maternal and paternal grandfathers died within a 24-hour period from natural causes. Just seven short weeks later, they would return again when their father, Town Marshal Lee Phillips, was killed in the line of duty.

“Those were tough times, losing our grandfathers and then our daddy,” she said. “There were over 1,500 people who attended his service. Law enforcement from all across the state came and people poured out into the side streets. It was the largest funeral the town had ever had.”

After Zappe returned to Arkansas, she worked for JC Penney and Pruitt Paper. It was when she landed a position at First South Savings and Loan that she says she found where she belonged.

The centenarian offered words of wisdom to those looking for their place in the world.

“As long as you like what you are doing, it’s not a job, it’s a privilege,” she said.

Throughout her years, Zappe always lived near her place of employment so she could walk or ride the bus. It wasn’t until 1966, when she married Milton Temple at age 46, that she learned to drive.

“My husband’s children took me out in the cow pasture and taught me how to drive,” she said. “I was worried about my husband’s car, but he was quick to tell me ‘Don’t you dare run over any of my cows or horses.’”

“I am thankful to have had two wonderful men in my life besides her father and brothers,” she said.

Despite her age, Zappe still brims with life. Until she fell and broke her hip, last year, she was still a fervent socialite.

Although the injury may have slowed Zappe down, it certainly hasn’t stopped her.

“She still lives in her home but has caregivers that stay with her. She does physical therapy and is very disciplined,” her niece said. “Until the recent events, she had lots of visitors. She’s the kind of person that draws people to her.”

Zappe’s diet waiver’s a bit from the physical regimen she follows. She prefers cakes and pies over tossed salad and most nights she can be found indulging in an ice cream sandwich before bed.

After 100 years, she’s entitled to a few sweets.

Although the years when Zappe stood at the counter of Stubblefield’s are long gone, the memories she shares are as fresh as the day they happened. She’s never at a loss for words when sharing them, either, or when offering some pearls of wisdom to those still growing up.

“Pay more attention to your mother and daddy and live by the Golden Rule,” Zappe said. “Oh! And never try to pry a plug loose from an outlet with a fingernail file.”