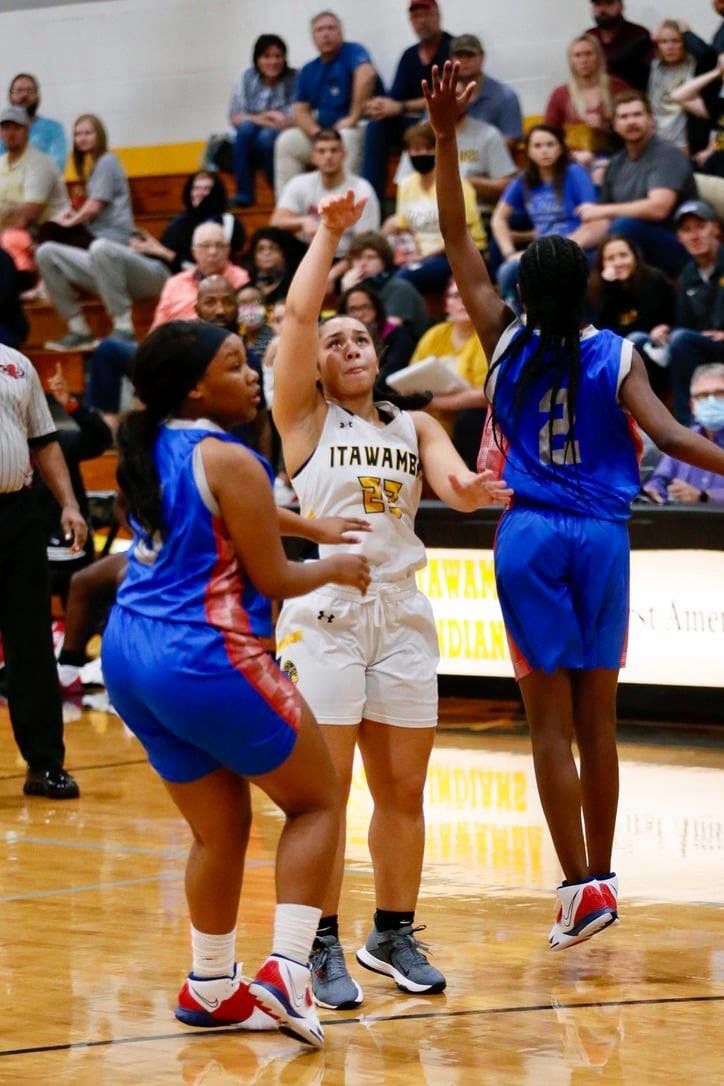 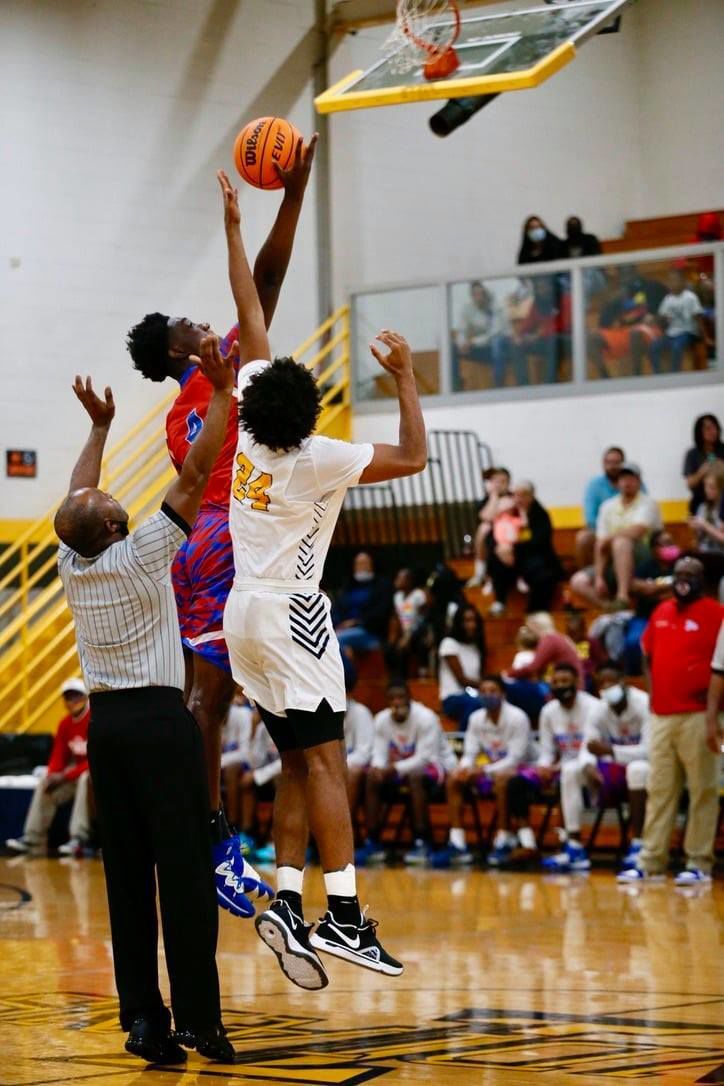 IAHS senior Davon Wilder jumps to win the tip for the Indians during their home opener against Noxubee County The Northeast signee led the Indians with 20 points in their win.

IAHS senior Davon Wilder jumps to win the tip for the Indians during their home opener against Noxubee County The Northeast signee led the Indians with 20 points in their win.

The Itawamba Agricultural High School basketball teams began their 2020-2021 season with a home matchup against the Noxubee County Tigers and Lady Tigers.

The Indians jumped out to a 23-6 lead after the first quarter and never looked back. Recent Northeast signee senior Davon Wilder dominated the quarter with ten points.

In the second, the Tigers used pressure defense to pull within seven and trailed 34-27 at the half.

Balance was the theme throughout, and IAHS walked away with a 74-59 victory. Wilder led the attack with 20 points, followed by Troupe with 19, & Waters with 17.

The Lady Indians showed first game jitters and dug themselves a hole they could not climb out of.

The Lady Indians trailed 9-5 after one quarter.

They could not muster up much offense in the second and trailed 21-9 at the break.

The Lady Indians showed fight in the second half, but could not complete the comeback, losing 42-35. Junior Kiyah Adams led the Lady Indians with 9 points.

Thursday night, IAHS traveled to New Albany for a night of action at Memorial Gym.

A scrappy first quarter with strong defense kept both teams in single digits as the first quarter ended. The Lady Bulldogs led 9-6.

New Albany’s offense came alive in the second, and they held a 28-16 lead at the break.

The Lady Indians matched their points production from the entire first half in the third quarter and cut the Lady Bulldogs’ lead to 38-32.

New Albany kept IAHS at bay in the fourth to win 51- 44. Junior Della Shumpert scored 12 points and Adams added 11 for the Lady Indians.

The Lady Indians are 0-2 early in the season and look to break into the win column this week.

The Bulldogs’ offense was hot to open the game, and they stormed out to a 29-17 lead at the end of the first quarter.

IAHS head coach Darryl Wilson refocused his team. The Indians dominated on both ends of the court in the second. They held New Albany to only nine points in the period and put up 19 points on the offensive end. New Albany held a 38-36 lead at the break.

The home team added to their small lead in the third to lead 58-50 with eight minutes left in regulation.

IAHS senior Keondra Hampton put up a floated as time expired to complete the Indians’ comeback and send the game to overtime.

The Indians and Bulldogs traded punch for punch in the extra period, but it was the Indians who struck the final blow. Wilder hit the game-winning free throw with three seconds left to put IAHS up 77-76, and the clock quickly ran out.

Wilder had 27 points to lead the Indians. Troupe scored 23 points.

The Indians improved to 2-1 this season.

The Indians and Lady Indians played at Saltillo High School last night and will be back in action at home Thursday versus Booneville High School.