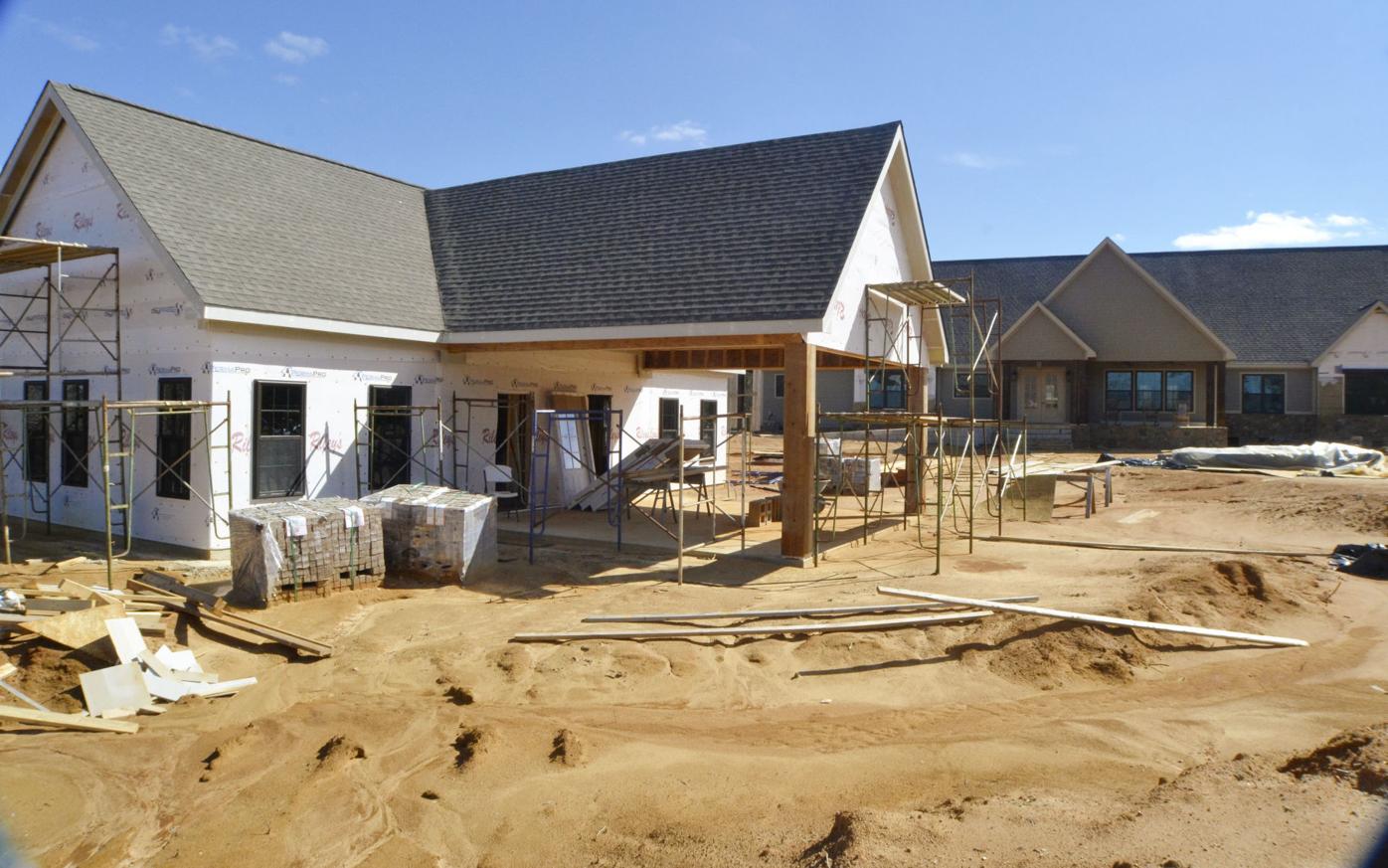 One of what will be five duplexes at Crossroads Ranch, Fulton’s nonprofit community for adults with special needs, stands a stone’s throw away from the ranch’s nearly-finished lodge. Work on the ranch has been ongoing since 2013, and the nonprofit’s organizers say the ranch is approximately 18 months from opening. 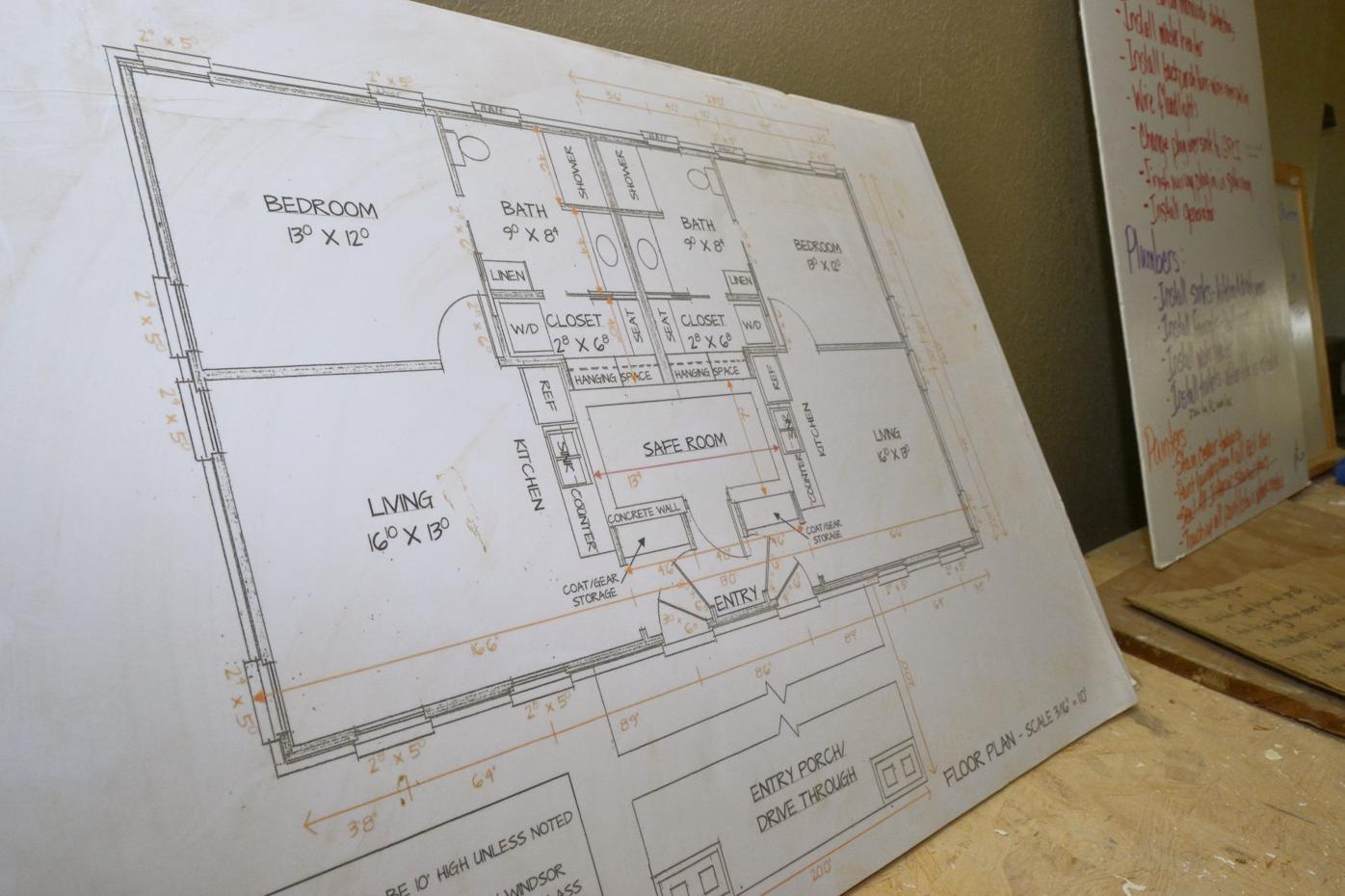 One of what will be five duplexes at Crossroads Ranch, Fulton’s nonprofit community for adults with special needs, stands a stone’s throw away from the ranch’s nearly-finished lodge. Work on the ranch has been ongoing since 2013, and the nonprofit’s organizers say the ranch is approximately 18 months from opening.

“Everything we’ve done so far is paid for,” said Susan Sheffield, director of outreach and fundraising for the ranch. “Every brick; every nail; every toilet.”

It’s been that way since the organization’s beginning in 2013. The ranch’s founder, Renae Bennett, began hand-sculpting and selling clay angels to fund her dream of a community for special needs adults. Since then, Crossroads Ranch has thrived through donations of time, labor and money. It’s grown from a far-fetched idea to brick-and-mortar reality.

And, according to Sheffield, the ranch doesn’t owe a single red cent on any of it.

“We won’t build what we can’t afford,” she said. It’s why the process has gone slowly. It’s also what makes the nonprofit’s fundraising critical to its existence.

The ranch will hold its annual Denim & Diamonds benefit in less than three weeks. If all goes well, the event will raise the money needed to finish the initial set of five duplexes in which the ranch’s first 10 residents will live and allow the organization to set a firm opening date.

Set for Saturday, April 6, at Fulton’s Sheffield Manor, the benefit will feature a mix of food, drink, music and fundraising auctions and games. Tickets are available at brownpapertickets.com.

Now in its fourth year, Denim & Diamonds raises money for Crossroads Ranch in a variety of ways. Ticket sales and sponsorships are the primary driver of funds. Several auctions held during the event will bring in additional money. For instance, this year, the ranch’s organizers are hosting an online auction, to be held on the Crossroads Ranch Facebook page. The auction is scheduled to launch sometime next week.

If Denim & Diamonds raises the kind of money it traditionally has, it should fund the organization through the final stages of initial construction and allow Crossroads Ranch to begin accepting residents. Sheffield said they hope to begin taking applications later this year. An advisory board of medical professionals will choose the ranch’s first residents. Sheffield said neither she nor Bennett will decide who is accepted.

Once the ranch is up and running, it’ll be a home and workplace for high-functioning special needs adults, people with physical and/or mental disabilities who need extra care and supervision but don’t belong in a nursing home or institution.

Residents will live in duplexes, each with two identical 597-square-foot apartments. Each duplex will open into a small entranceway with a closet and a door to a shared safe room, which residents can use to take shelter during storms. Each apartment will include a living area, bedroom and bathroom, plus a fridge and washer and dryer.

The duplexes represent a change from the ranch’s original plans, which featured a series of individual cottages. The cost to build those, however, was too prohibitive and would have ground the project to halt.

Sheffield said building duplexes cut the cost while still allowing residents to have their own private living spaces.

“Financially, we can’t do this otherwise,” she said. “We were going to have a buddy system anyway. This will take care of the buddy system.”

Near the duplexes, a 5,042-square-foot lodge will act as the hub of the community. Work on the lodge is around 90-percent complete, Sheffield said. The building features a full kitchen and dining area, chapel, classrooms and more. A short trip down the road from the lodge and duplexes is the ranch’s workshop, where residents make pottery, the sale of which will help cover the cost of operating the ranch. Nearby, there’s a greenhouse and space for animals.

The ranch could feasibly open within the next 18 months, Sheffield said.

As she traversed the framework of the first duplex, Sheffield described what each space will be in just a few months’ time. Even she finds it hard to believe donations brought the ranch this far. Thanks to a network of community support, the end of the beginning is nearly here for Crossroads Ranch.

“It’s real, and we’re going to be here for a long time,” Sheffield said.

Try and try again. Then again, if necessary.

What is life if not a ongoing series of successes and failures? If something is worth doing,…