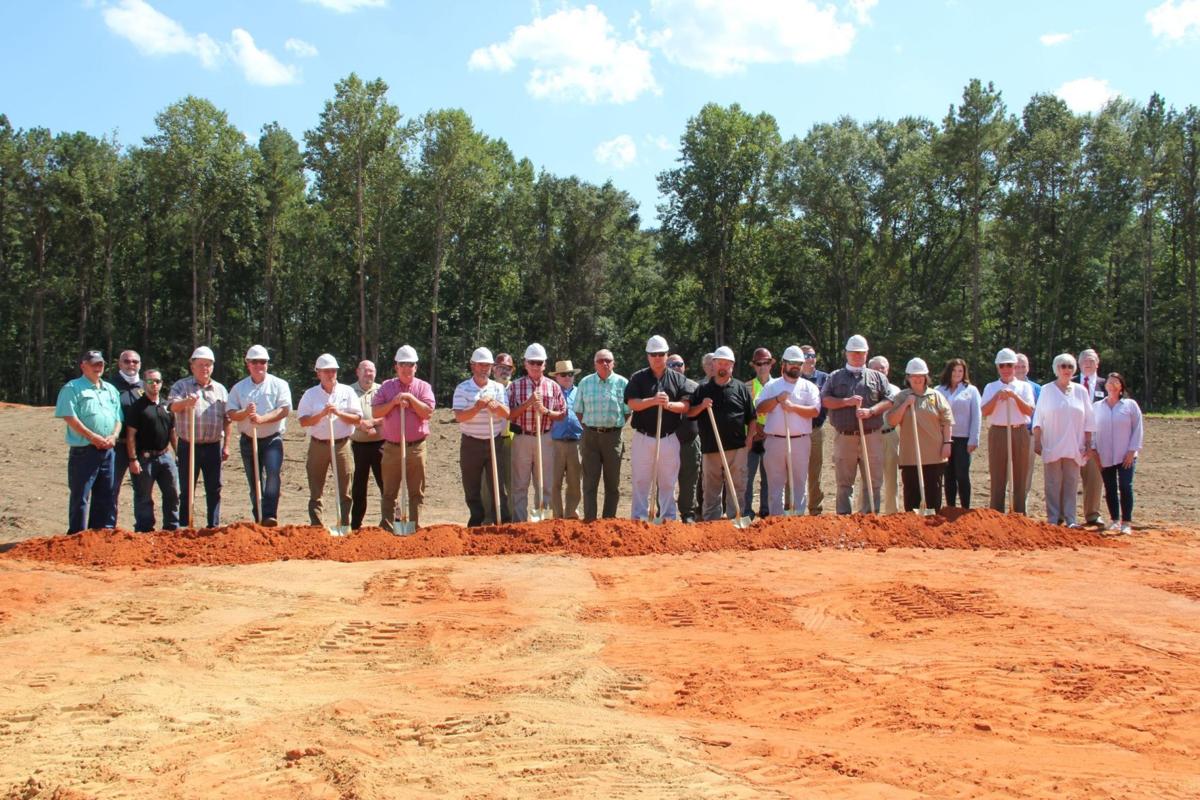 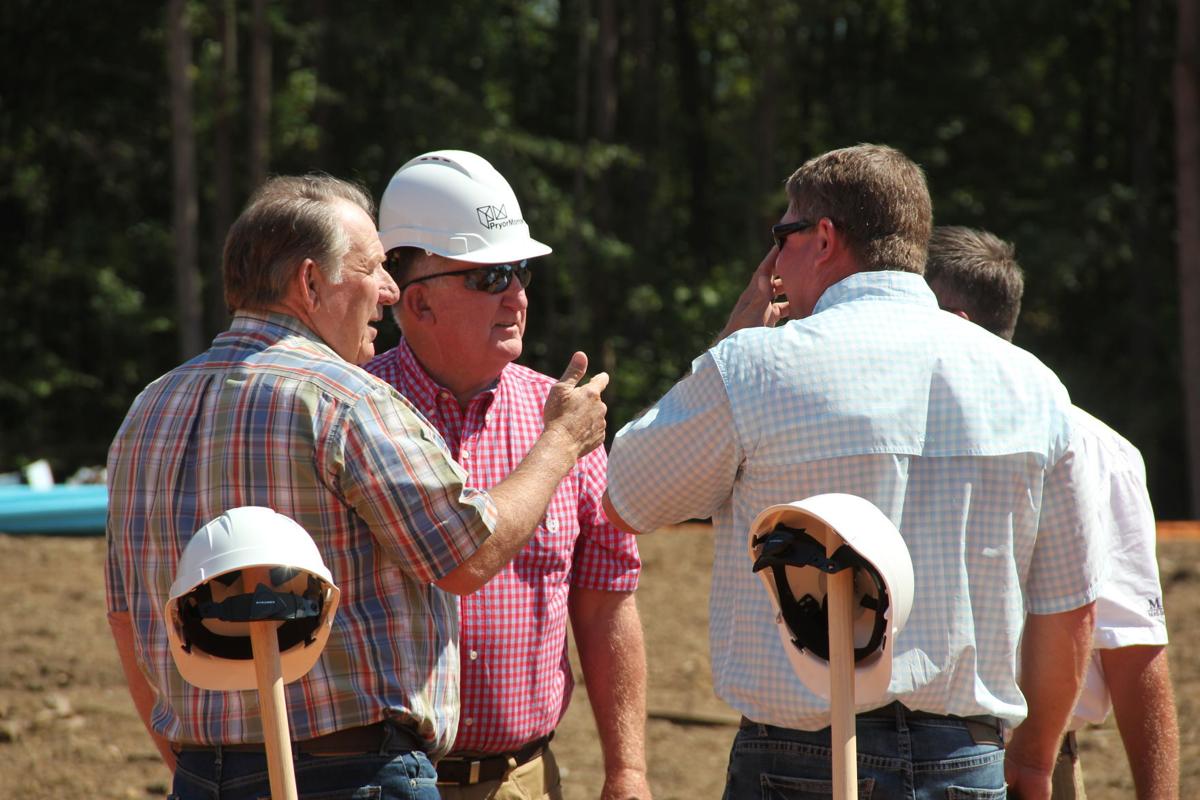 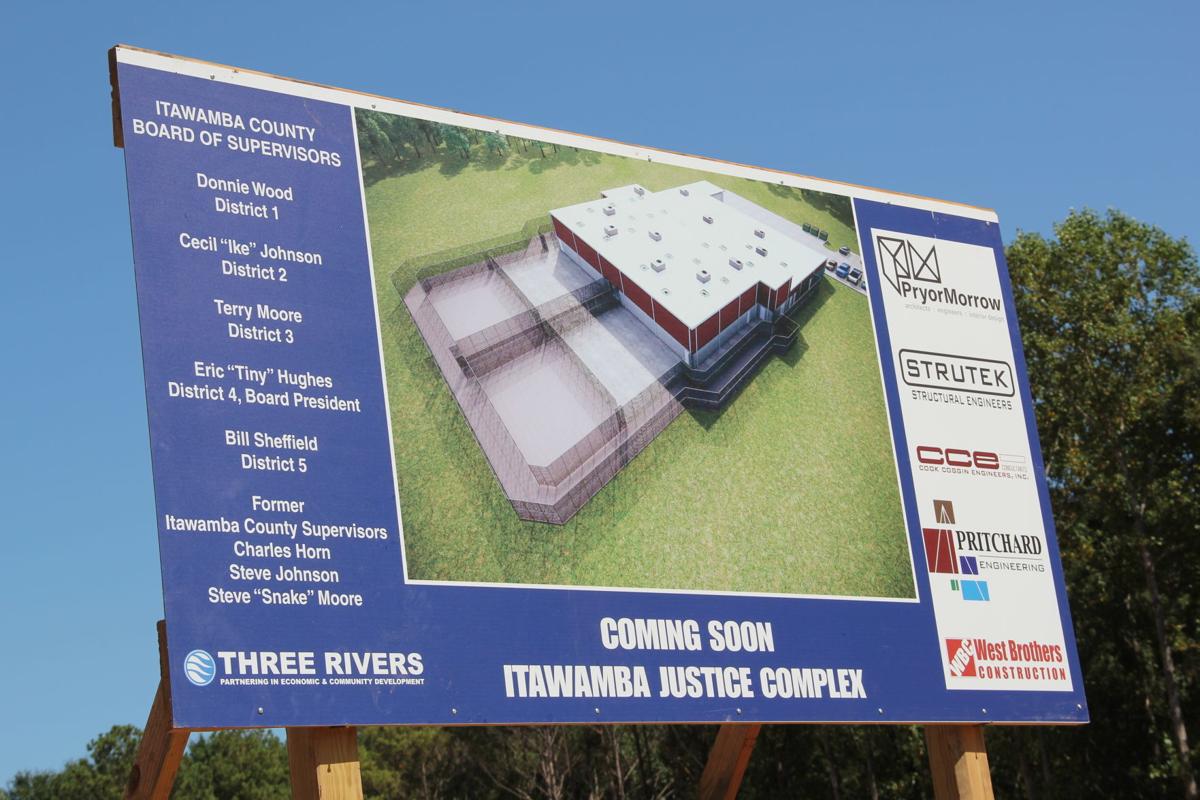 West Brothers Construction of Columbus received notice to proceed with the 21,750-square-foot, 140-bed jail on May 11 from Three Rivers Community Investment Corporation. The facility is located on Joe Staub Road in Fulton.

West Brothers Construction of Columbus received notice to proceed with the 21,750-square-foot, 140-bed jail on May 11 from Three Rivers Community Investment Corporation. The facility is located on Joe Staub Road in Fulton.

After years of dialogue, debate, and deliberation, the dirt was finally tossed last Tuesday during a ceremonial groundbreaking for the much anticipated Itawamba County Jail.

Hosted by Itawamba County Board of Supervisors, Three Rivers Planning and Development District, and the Itawamba County Development Council, around 40 guests, including representatives of Pryor Morrow Architects, Cook Coggin Engineering and West Brothers Construction were on hand for the event. City, county, state and law-enforcement officials also stood atop the freshly packed 9.58-acre plot on Joe Staub Road in Fulton.

The deal was finalized in April between county officials and Three Rivers Community Investment Corporation. The groups secured financing through a certificate of participation note for $10,785,000 covering construction cost, closing cost, and interim interest expense.

Notice to proceed with the 21,750-square-foot, 140-bed jail was issued to West Brothers Construction of Columbus by Three Rivers on May 11.

The county’s need to replace its current jail has been a topic of conversation between county officials and law enforcement for several years. Overcrowding and the dilapidation of the current structure remained at the top of the list of reasons to pursue the project.

The newest portion of the Itawamba County Jail, exempting the kitchen, was constructed about 35 years ago. The original jail was built in 1947, over 70 years ago, and has been plagued with a leaky roof and other maintenance issues.

“When I first came on board in 2008, we were spending roughly $35,000 a year on catering meals to the prisoners and they were only receiving two meals a day,” Sheriff Chris Dickinson said. “That’s when I approached the board about building a kitchen.”

Dickinson said the materials for the project were donated and the labor was done by the prisoners.

“That saved the county a lot of money and we were able to start providing three meals,” he said. “The problem with overcrowding came later with the passing of House Bill 585.”

Signed into law in 2014 by Governor Phil Bryant, HB 585 was designed to cut costs and reduce overcrowding in prisons by giving the courts more leeway to hand down alternative punishments for non-violent offenders.

In a nutshell, Dickinson says the backlash from that law has been when offenders get released, they are committing offenses again and, like a revolving door, leaving the county to handle them over and over again.

“We did not have an overcrowding problem until HB 585 went into effect,” Dickinson said. “That played a major role in why we needed a jail.”

At maximum, the old jail can hold 35 inmates. In years past, it has housed upwards of 60 inmates, nearly double its capacity. The Mississippi Department of Corrections mandates how inmates are to be housed. Men and women are housed separately, as are suspects of violent or sex crimes.

The overcrowding dilemma led Sheriff Chris Dickinson to begin housing prisoners in Tishomingo County at a cost to the county of $25 a day per prisoner. The tab for the service has reached between $10,000 and $15,000 a month, some $180,000 a year.

Officials agreed the county was spending too much money on a temporary fix to a permanent problem and the solution was to build a suitable jail.

From 2012 to 2016 county officials pursued a number of avenues to reach a workable deal for the fruition of a new jail.

Potential sites were discussed including the Itawamba County Career and Technical building. After a feasibility study was done, the school district decided not to pursue the project.

The board then asked for and was granted the authority by legislators to build the jail outside the city limits of Fulton. Three sites were selected for review, a port site, property owned by a private citizen and property owned jointly by the county and city.

On April 3, 2019, the county and city reached an agreement and the county purchased the city’s share of the property off Access Road.

In September 2019, the board engaged in an agreement with Three Rivers Investment Company to build the jail and lease it back to the county. According to Itawamba County Administrator Gary Franks, the average annual lease will be approximately $800,000 for a period of 20 years.

But paying for the new facility comes with a price.

“A mill of tax in Itawamba County generates $121,492 in the fiscal year ending September 30, 2021,” Franks said in a press release. “We estimate 6.5 mills of tax will be needed to meet this obligation.”

Franks reported that for September 30, 2020 fiscal year, the Itawamba County Schools lowered their millage request by 4 mills as a result of school debt that had been paid off. The Itawamba County Board of Supervisors implemented this decrease into the general county millage by increasing the general fund by 4 mills. In addition to the 4 mills added as a result of the school decrease, the county had General Obligation bonds paying off in the amount of 3.75 mills.

Franks said with the rising cost of insurance, additional state retirement cost, and other mandated expenditures, it appears 3.25 mills will be needed to cover those costs leaving only 4.5 mills to retire the jail lease.

Although Itawamba County officials considered several variations for the facility, including versions that housed both the sheriff’s department offices and a new courtroom, the final product will be a relatively basic jail, but it is designed that those additions could be easily added.

The main holding area of the jail will be built around a central tower so that just a few jailers can oversee the entire inmate population and the facility will house a fully functional kitchen and infirmary.

“We looked at a lot of jails and we believe we have a design that suits the need of the county for many, many years ahead,” Dickinson said. “It’s something we can all be proud of.”

The estimated completion date of the project is November 1, 2021.