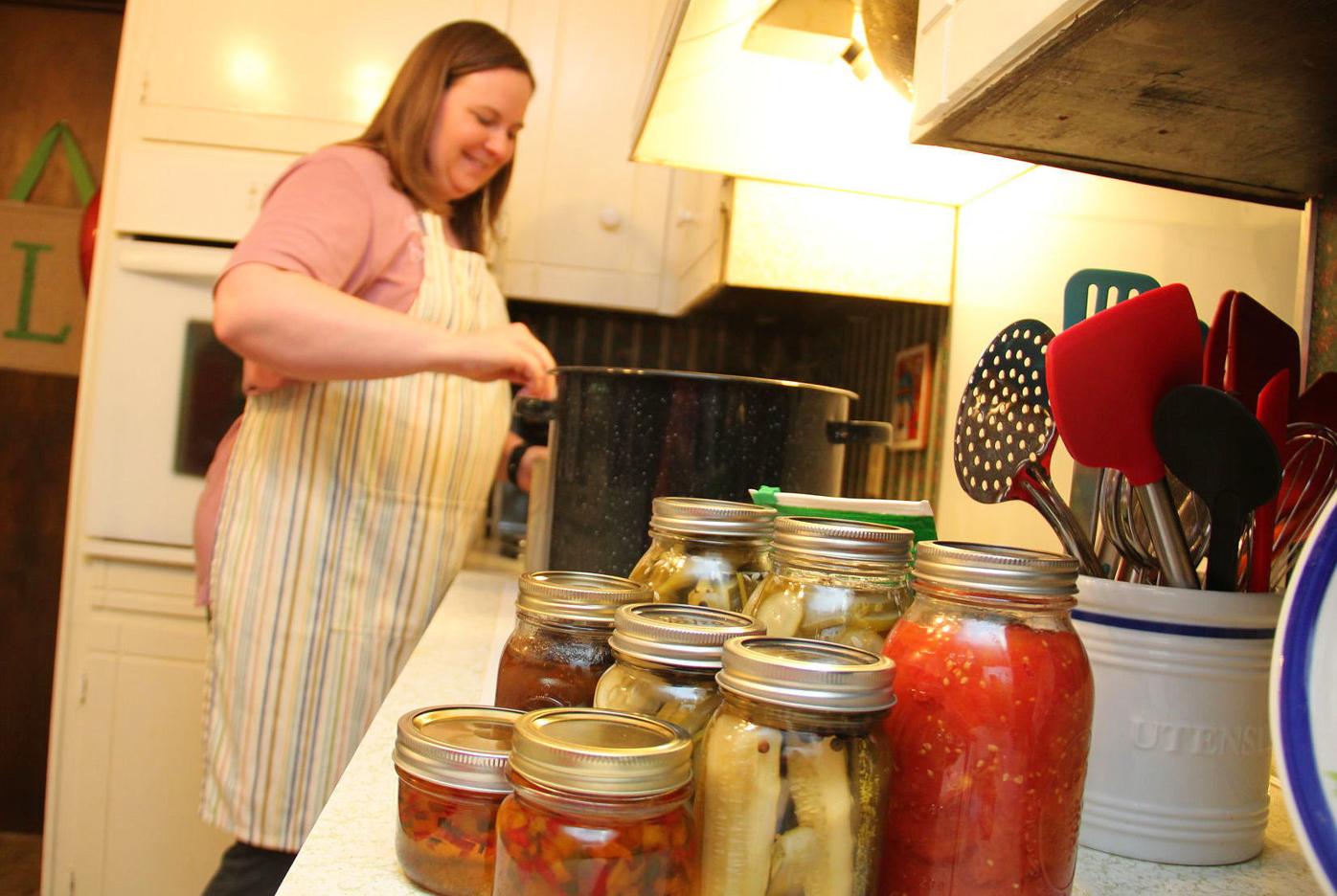 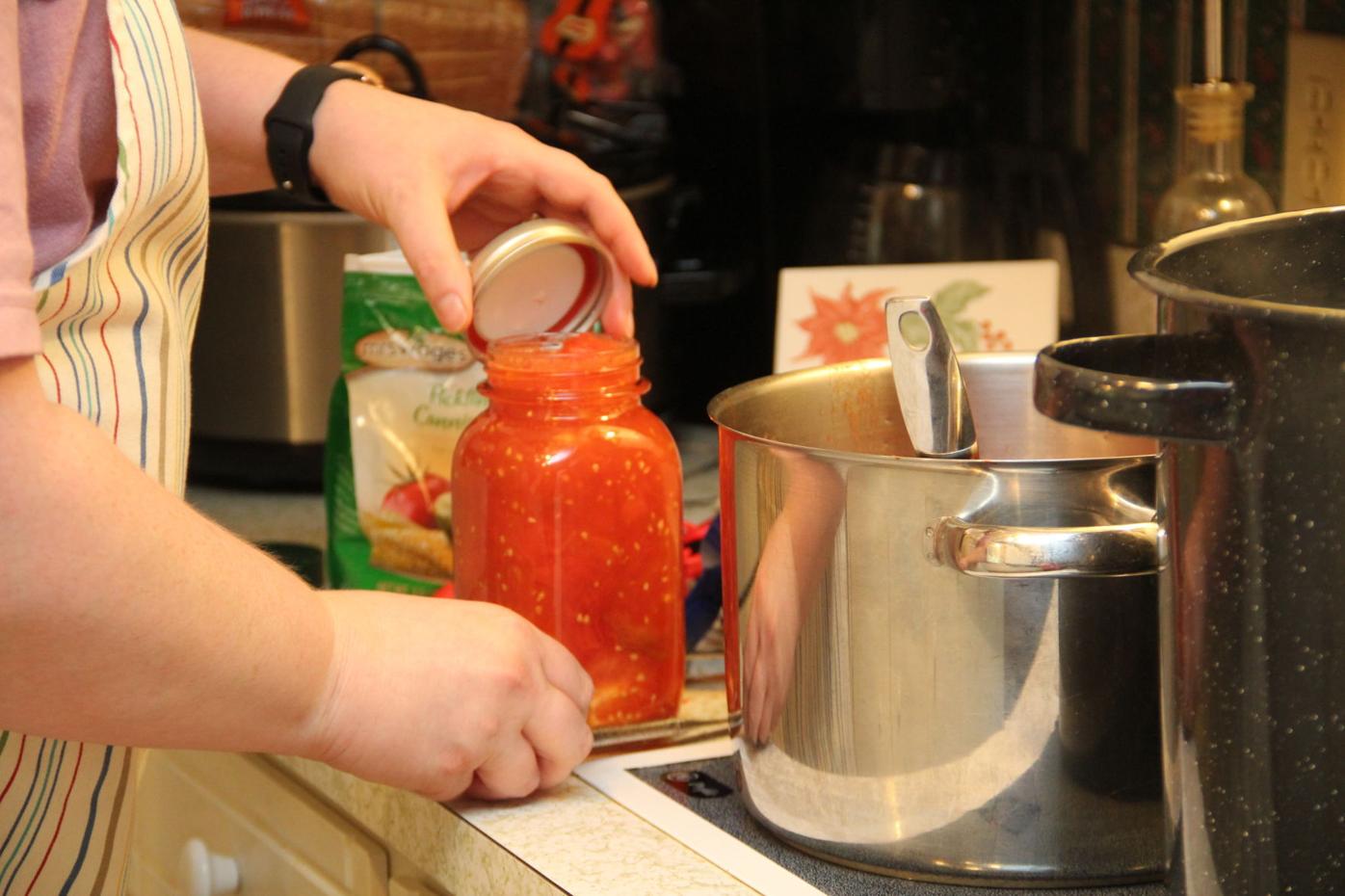 Finding enough canning flats has been the big issue for Darracott and other gardeners this year. Darracott says the ordeal has made completing her canning a challenge, but so far she has gathered enough supplies to get the job done. 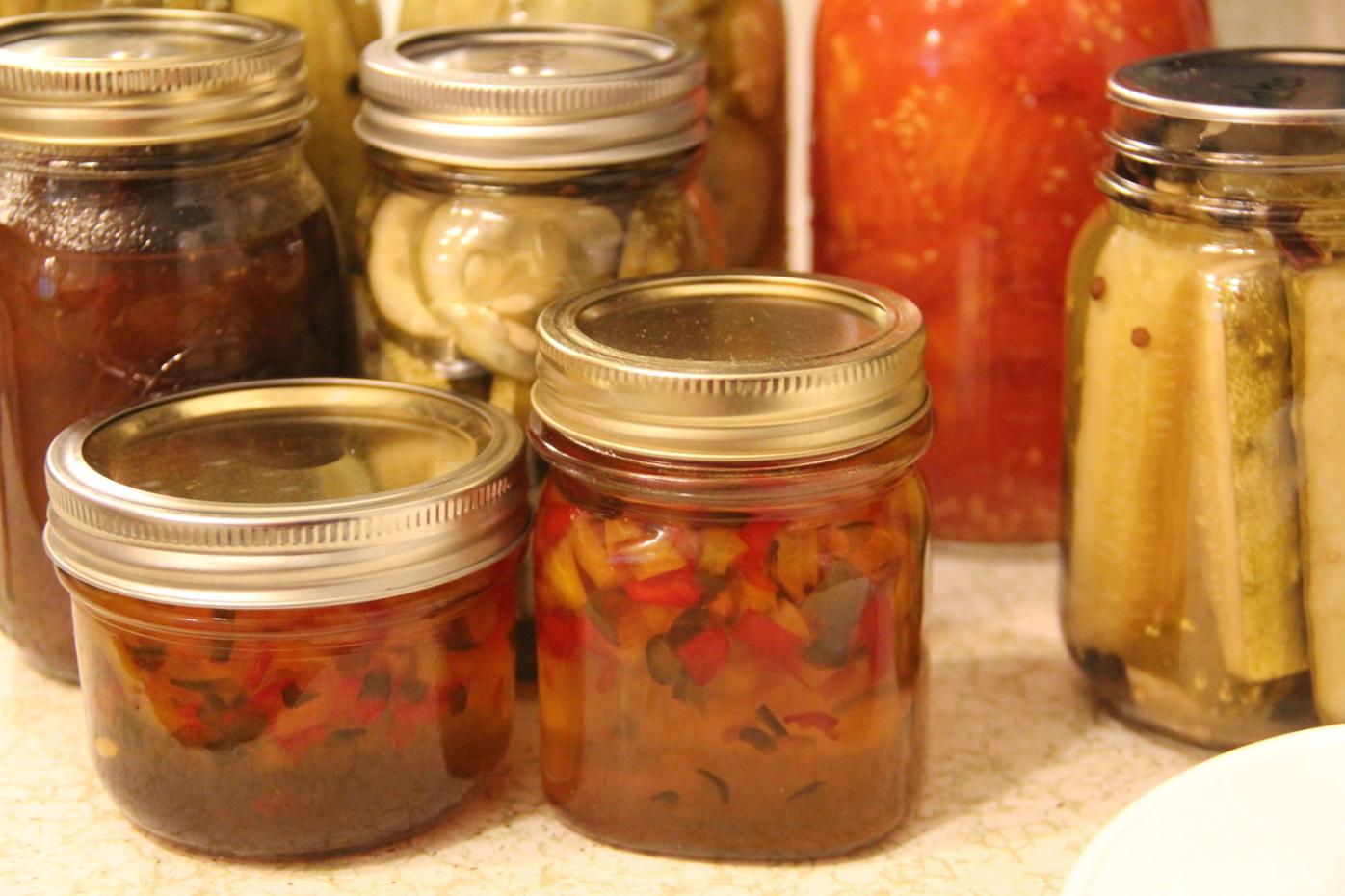 The Darracotts can a variety of pepper jelly, pickles and tomatoes every year. The couple prefers canning over freezing or drying their vegetables.

Finding enough canning flats has been the big issue for Darracott and other gardeners this year. Darracott says the ordeal has made completing her canning a challenge, but so far she has gathered enough supplies to get the job done.

The Darracotts can a variety of pepper jelly, pickles and tomatoes every year. The couple prefers canning over freezing or drying their vegetables.

Lisa Darracott of Dorsey has loved canning vegetables since she was a young girl.

“I stayed with my grandmother, Beulah Sheffield a lot during the summer,” she recalled. “I was as young as 10 years old when I would help her with canning.”

“We have small batches at a time,” she said as she dipped the filled jars in hot water. “This year we had a bigger garden than we’ve had in the past.”

Growing a garden and canning vegetables is something she wanted to keep doing after she had a family of her own. She and her husband, Eric, have grown and canned fresh vegetables for the last several years. Pickles, tomatoes, and pepper jelly are at the top of the couple’s list. They prefer canning over freezing or drying fruits and vegetables.

“There’s nothing like the taste,” she said. “It tastes more like it’s fresh. Much more than if it’s frozen or dried.”

Just like anticipating the fresh taste of canned vegetables, there’s a host of things that gardeners like the Darracotts might anticipate during growing and harvesting season. Too much rain, not enough rain, a bad batch of seeds or insects infiltrating their gardens.

Something they didn’t expect, however, was a scarcity of canning supplies.

The current unavailability of basic supplies is so bad, Darracott is one of many who has reached out to fellow gardeners on social media to find enough to finish her canning process.

“I did find a store in Blue Springs that had received a few items, but luckily my Dad had enough flats for me to finish what I was working on,” she said.

Lids, or “flats” as they are often called, have an inner seal essential to preserving the food stored inside the glass jar. Both jars and screw bands can be reused, but flats can only be used once. While many gardeners have been able to locate jars through social media posts or scattered about in stores, locating the flats to seal their produce has been, for lack of a better term, fruitless.

Darracott is not the only one facing the canning dilemma, nor is it the first time this has happened.

It’s almost as if history is repeating itself.

The economic recession in the mid-1970s prompted more people to grow and preserve their produce. The uptick led to approximately 26-million American households canning food in 1975. Material shortages led to dwindling supplies, which in turn led to a spike in demand.

The shortage of flats prompted housewives across the nation to write letters to their congressmen.

The Subcommittee on Commodities and Services held several days of hearings in 1975 and 1976 to address the issue. They concluded in House Report No. 94-1775 that the “shortage of home canning equipment was the result of normal market phenomena, exaggerated demand, which the manufacturers were unprepared to supply because they failed to accurately predict it.”

“There are more people canning this year than I have ever seen,” he told The Times. “The demand is greater than the supply.”

Dulaney sells out of canning supplies as quickly as they hit the shelf. He’s also keeping his prices in line with what the merchandise typically sells for. Internet price gouging has some boxes of a dozen flats selling for as much as $9 a box. Under normal circumstances, a dozen flats will set a canner back less than $3.

“I’m not making a dime in most cases,” Dulaney said. “I’m just trying to get what I can when I can for folks that need it.”

In the meantime, gardeners like Darrocott take to social media and scour local stores like Dulaney’s trying to scrape up enough to get the job done.

“So far I’ve been able to get by,” Darracott said as she stumbled across two spare flats in a kitchen drawer. “I’ll just keep looking and hopefully I’ll find what I need.”

Hanging with Maya Spencer at Got da Blues Farm

12 individuals and relay teams qualify for North Half