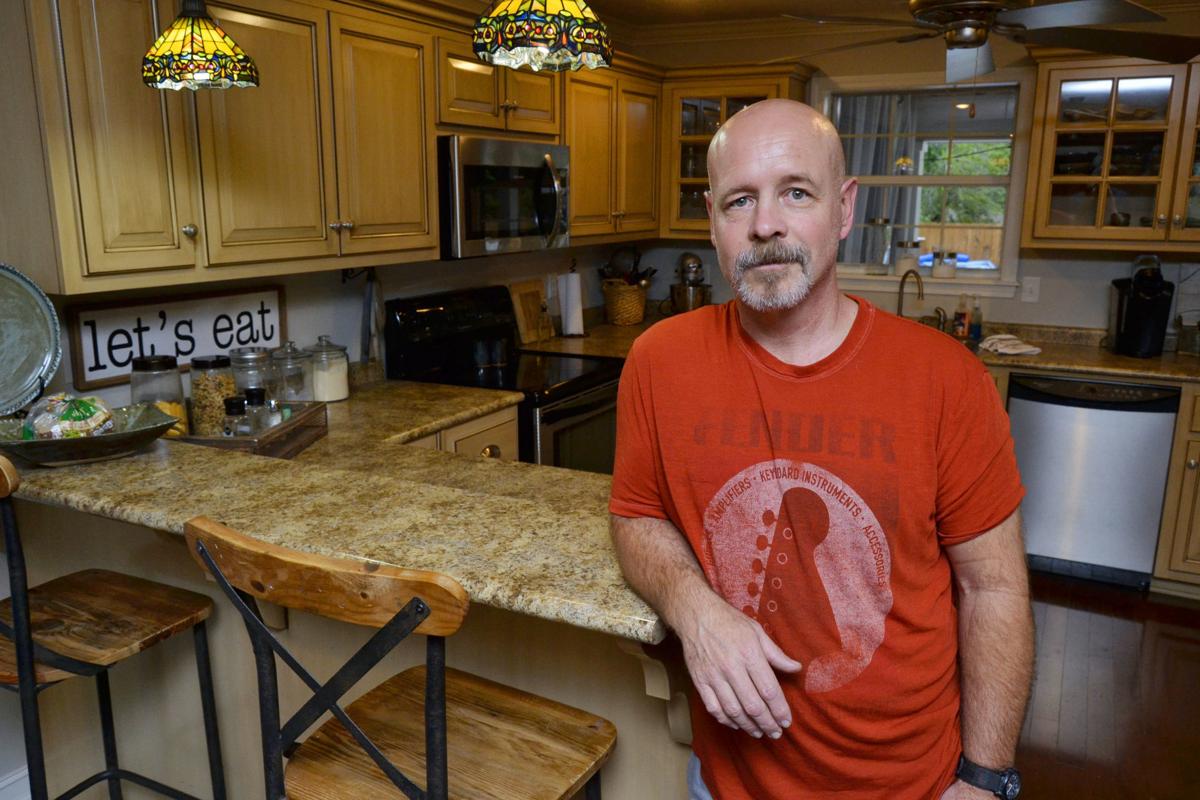 Like most home chefs, Fulton’s Derek Sheffield first learned the basics of cooking from members of his family while growing up. But he didn’t really start cooking himself until he was well into adulthood. He learned to love it, especially the satisfaction of seeing others enjoy the food he’s created.

Like most home chefs, Fulton’s Derek Sheffield first learned the basics of cooking from members of his family while growing up. But he didn’t really start cooking himself until he was well into adulthood. He learned to love it, especially the satisfaction of seeing others enjoy the food he’s created.

Derek Sheffield has no signature dish, no particular style to call his own.

The Fulton resident is, if anything, a utilitarian cook, a man with a fondness for the simple, the straightforward. Food should look good and taste better. It should leave the eater satisfied, but maybe craving just another bite.

Simple food, he called it. Basic, but delicious.

The grin on his face was subtle. A lot about Sheffield is. He’s a laid back type, his voice low and paced deliberately. His approach to cooking, at least how he described it, seems to fit him. He fixes food that appeals to him on a given day, in a given moment.

Take, for instance, his chocolate chip cookies. They’re the only thing he bakes, and the only reason he bakes them is because, one day, he wanted some cookies.

And those cookies were delicious – rich and buttery and soft. Now he makes them regularly, often enough he can, and did, recite the recipe from memory. He’s got several like that.

“If I do it a lot, I remember,” he said of his regular dishes, including a simple shrimp pasta dish that’s basically just a handful of ingredients – shrimp, fettuccine, butter, scallions, half-and-half – prepared well.

Which makes sense given Sheffield’s background. He grew up around a family of cooks, including his mother, his grandmother and his great grandmother. He lived with the first, and could walk to the homes of both of the latter, so he never wanted for a home-cooked meal.

Although the women in his family gave Sheffield plenty of opportunities to learn the tools of the trade, he was never actively trying to learn them. He was just there to do the usual kid things, like hang out when his mom, Jane Lee Harris, was baking in eager anticipation of licking batter from a spatula.

He wasn’t actually trying to learn anything.

That’s because, years later, when he finally tried his hand at cooking, he found that he was pretty darn good at it.

“I found out it’s fairly easy to me … It was something I could do,” he said.

More than that, he found out he enjoyed it.

“I cook more now than I have ever,” he said. Basically on the weekends, if we eat, I cook it.”

From over his shoulder, his wife, Susan Sheffield, scoffed.

“Stop,” she said, then laughed because it was kind of true. When their sons were growing up, Susan Sheffield would have a meal ready every weekday evening. But when the boys moved out …

But then, cooking was never Susan Sheffield’s thing. She’ll be the first to admit it.

“To me, I just fix things. Derek cooks,” she said.

He smiled. Subtly, of course.

“Mostly [my recipe are ones] I find,” he said. “Sometimes I modify them; sometimes I don’t … Sometimes I’ll look for new ways to do the old stuff I’m already doing. Just to try to change it up a bit … Maybe do the same thing, just a different way.”

Therein lies some of the joy of experimentation inside the kitchen or behind a grill. If something doesn’t work, there’s always next time. If Sheffield wants to try a recipe, he will. If something seems like it would taste good, he’ll make it. Doesn’t matter what type of dish it is, as long as it follows that single, basic principle:

“That’s what I grew up on: Simple food,” he said. “I sure don’t have any special culinary experience other than watching these women cook when I was growing up.”

Which was, apparently, enough to give him a style of his own after all.