A group of citizens is asking Itawamba County officials to hire someone to handle animal control issues and cases of animal cruelty, but officials say the timing isn’t right.

On Monday, Tiffany Cole, a former animal control volunteer in Garrard County, Kentucky, told the Itawamba County Board of Supervisors that having a local animal control officer – someone strictly dedicated to handling strays and cases of animal cruelty – is of crucial importance. Cole presented the board with handouts and discussed avenues of funding for a local animal shelter, including ways to obtain grants.

“We can’t do it alone,” Cole told the group. “This is all for the betterment of the animals.”

Cole, who offered to fill the role herself, said the need to have a county animal control officer is immediate and expressed the importance of having the position filled before opening a countywide animal shelter. She requested a $400 weekly salary from the county to serve in the position.

“The salary will go to food and whatever needs the animals have,” she said. “This is not for personal gain. I can’t continue to feed and care for these animals out of my pocket.”

Cole’s involvement stems from the February board meeting when she and Itawamba County Sheriff Chris Dickinson appeared before the board to make supervisors aware of a new “data-gathering program” the two were launched to gauge the need for a local animal control officer. As part of the program, Dickinson said a deputy would be dispatched to incidents involving animals and then, if necessary, request Cole’s assistance to assess the situation. Dickinson said he planned to look at the number of times his deputies called for an animal control officer and then decide whether to make the position permanent.

After reviewing the data, Dickinson did not hire Cole. He told the board he did not have the money in the budget to hire a full-time animal control officer.

“If there are any laws or situations, they will be enforced by me,” the sheriff said. “If we have a call, I’m sending a deputy out. I’m not sending anyone but an officer.”

Board president Eric Hughes asked Cole if there was a possibility she could be hired in a professional animal control capacity.

“It simply works better if I am a part of the sheriff’s department,” Cole said.

Hughes suggested there may be a possibility for Cole to work in the shelter when it came to fruition. He reminded the group that the county had pledged money to support the shelter after it was built and asked had they secured a site.

Local veterinarian Dr. Jami Abbott and Heather Bennett, who spearheaded the last effort to build a countywide animal shelter, were also present during the meeting. They told supervisors a location for the shelter, which would be built almost entirely using donated funds, had not been finalized.

Plans to create a countywide animal shelter began in 2012 and have continued intermittently ever since. Plans are for the shelter to house common pets like cats and dogs, and possibly have space for larger animals, like horses. The shelter will be able to operate with a minimal staff to keep costs low.

Abbot told the board she believes having a countywide animal control officer – someone to contact about animal-related issues, specifically – would benefit both animals and humans alike.

“We have a problem and my concern is even if we had the shelter, we would be overrun in a couple of days,” Abbott said. “We have people that would rather feed the strays than eat themselves.”

County attorney Bo Russell told the board the decision to hire an officer lay solely in the hands of the sheriff as an elected official.

For his part, the sheriff said the timing just isn’t right.

“I am not against having a shelter,” Dickinson told the group. “I just do not have the resources [to hire an animal control officer] right now. We are going to have to take this in baby steps.”

Currently, there Itawamba County has no countywide animal shelter of any sort. The City of Fulton operates its own small dog pound at the city landfill, but its size doesn’t allow for many occupants. Residents who capture stray animals currently have to take them a shelter in a neighboring county. The closest shelters are in Tupelo and Amory. 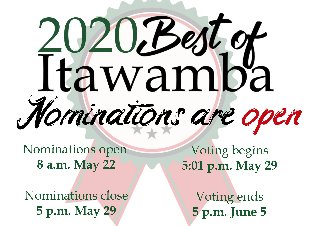