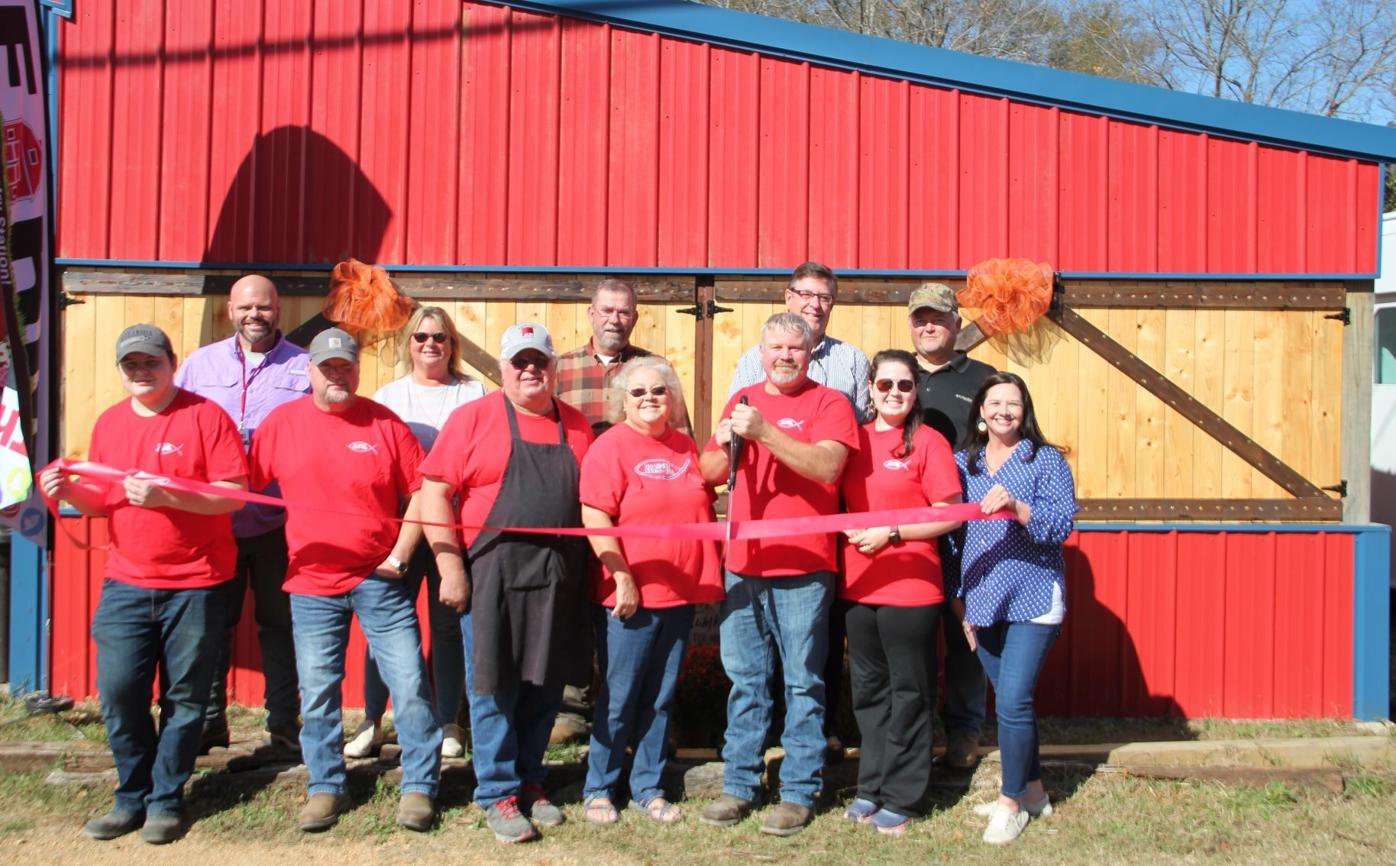 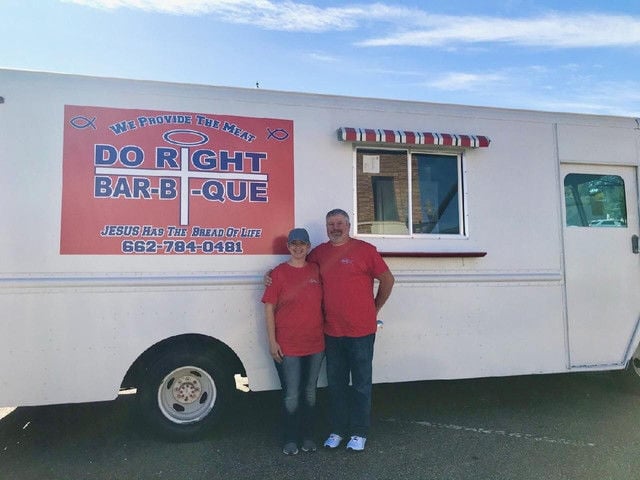 Lee Tramel and Jana Comer pose in front of their new food truck.

Lee Tramel and Jana Comer pose in front of their new food truck.

Father son duo Lee and Larry Tramel have been preparing bar-b-que in a professional capacity for at least 15 years they said.

They claimed the Grand Champion prize twice in Red Bay and won Tupelo’s Buds and Burgers competition with a burger that featured a Chow Chow recipe made especially for them by an Amish family in Tennessee. Tramel says it’s important to him to put his own spin on things, but to do so in a way that’s authentic to the area; that’s where the idea for the chow chow came in to play.

At a competition in Meridian, they competed against the 2015 Jack Daniels Invitational Champion and won first place in ribs.

Tramel says that after awards were given out, their competitor – who was shocked to learn that they were cooking on a very basic, inexpensive smoker – insisted on sampling their ribs.

“He tried them and said ‘yeah I can’t beat that,’” said the younger Tramel with a grin.

Lee Tramel got started at the grill when he was 21 years old. What began as a casual hobby mostly for entertaining friends, quickly turned into an obsession.

In 2013, at the behest of friends and family who were continually impressed by his cooking, he ventured out to his first competition. Tramel came up empty handed at his first appearance.

“I came in eleventh in ribs and twelfth in chicken and that made me mad,” Tramel told the Times.

Where most people would have been discouraged, the loss lit a fire under Tramel who came back swinging and won the next two years back to back.

The last year he competed in Red Bay, Tramel says it was gently suggested that he may have outgrown their event. After winning five out of seven trophies, there seemed to be concern among his fellow competitors that as long as Tramel was there, the rest of them were left to compete for second place.

In 2017, the Tramel men did the only thing left for them to do and opened a brick and mortar bar-b-que restaurant in their hometown of Peppertown.

The elder Tramel retired at the beginning of that year, which is where the conversations began. When his son, Lee, was laid off that May it seemed the deal was sealed as they say and they went to work.

In the beginning, they had a modest 20 X 20 building with a lean-to, but managed to have their opening day just a couple months later in the summer of 2017. That first day, people were lined up to try their bar-b-que. After sending out 180 plates, they completely sold out.

The Tramels all but work around the clock every weekend. There’s no putting up and rewarming at Do Right. Every protein and side dish is made fresh that day. Wednesday through Friday, they fill the smoker with larger cuts at around 8:30 p.m. and brisket goes in around 1 a.m. followed by ribs at 4 a.m. Pork belly, bologna, and chicken go in last just as the suns starts rising. They had time for a short rest just before serving starts.

Within their first year of business, a time when most business owners are still playing catch-up, Do Right had it’s first expansion. Customers begged for a bigger seating area and the Tramels obliged.

Between the tight working quarters and running on minimal sleep, Tramel says things can get a little testy by the end of the weekend.

“It gets hectic. We butt heads, there’s no sense in sugar coating it. Come Saturday, when we get tired, that’s when it gets rough,” Tramel says as his father and mother both laugh as they nod their head in agreement.

At this point, the entire family has gathered in the newest addition to their restaurant. They’re arguing about where to put chairs in between taking turns sharing stories. It’s clear this operation is a true family affair and each member has an important role to fill.

Young Tramel also credits his girlfriend, Jana Comer, who he says did all the paperwork in addition to providing the encouragement and moral support he needed to take his most recent leap of faith in buying a food truck.

“I really believe she was sent from God. I couldn’t have done this without her,” Tramel gushed.

“The colors represent three things,” said Tramel, “the red is the blood at calvary, the blue is for the bruises He got on the cross, and the white is His righteousness,” Tramel informed.

From the first 20 X 20 building to leaving his nine to five job earlier this year to commit to the restaurant full time, this journey has been one step in faith after another for the Tramel family.

“Seeing people enjoy what you do, that’s what makes it all worth it. It’s a good feeling when you have people make a point to stop on their way to and from vacation just to eat with us here in Peppertown,” beamed Tramel.