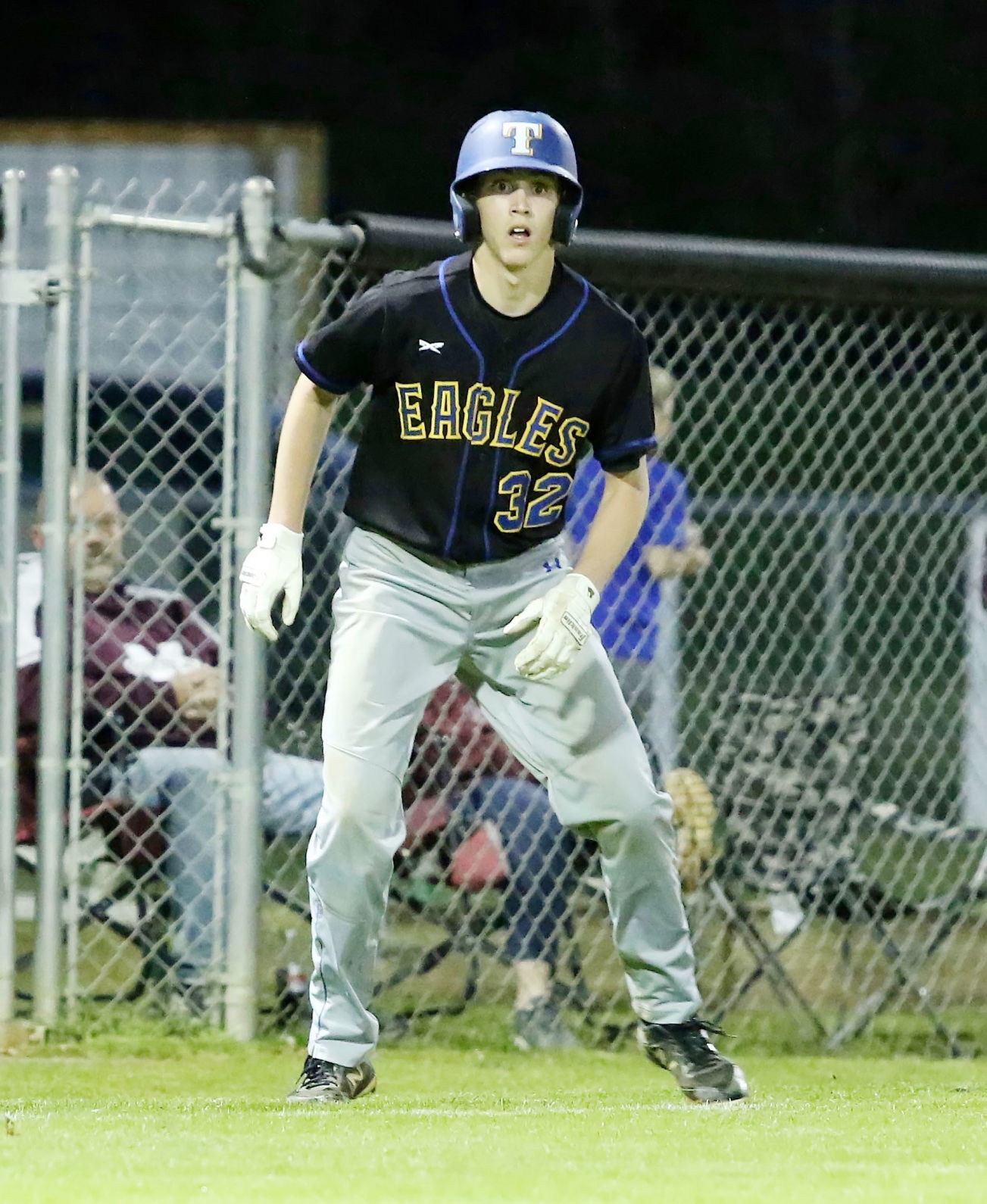 Freshman Ryker Thomas watches the pitcher as he leads off at third base during Tremont's game at Smithville last Monday. He soon scored on a hit by Devin Pounders. 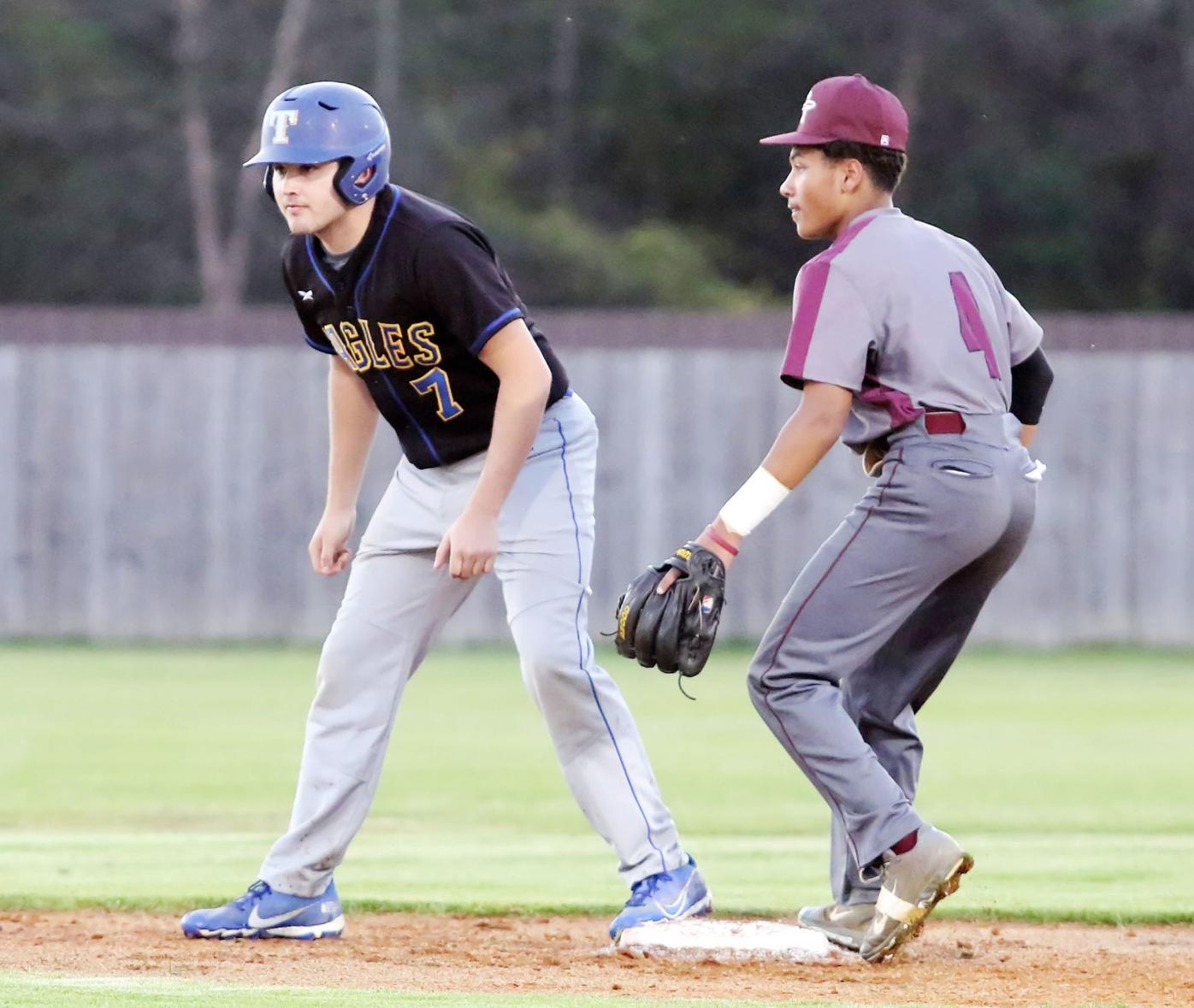 Freshman Ryker Thomas watches the pitcher as he leads off at third base during Tremont's game at Smithville last Monday. He soon scored on a hit by Devin Pounders.

The Tremont Attendance Center baseball team played division games against Smithville on both Monday and Tuesday of last week. The Eagles lost on the road Monday 17-5 and at home Tuesday

Down 2-1 in the top of the third, freshman Shawn Burroughs led the inning off with a walk. Older brother Brayden Burroughs, a senior, reached base on an infield single to put two men on with no outs. After Shawn Burroughs was caught stealing, freshman Ryker Thomas laced a single to center field and junior Gentry Lynch singled to score Brayden Burroughs and tie the game at 2-2. A single and sacrifice fly by seniors Devin Pounders and Chase Parker added two more runs, and Pounders scored on a passed ball for the Eagles final run of the inning, and game. Tremont led 5-2.

The lead was short lived. In the home half of the inning, the Seminoles scored 13 runs and added two more in the fourth to get the 17-5 win in five innings.

Brayden Burroughs was the only Eagle with multiple hits with two. Pounders, Parker, Lynch and senior Konner Sartin each had an RBI.

The Seminoles scored ten second-inning runs to take a commanding lead and scored twice more in the third that were the game's final runs for either team.

Lynch and senior Ben Lofton each had a hit in the game.

As of Sunday, Tremont was 1-9 overall and 0-6 in division 2-1A. The Eagles were scheduled to play at Baldwyn last night and host the Bearcats at home on Friday evening.