Print and Online Subscriptions to the Itawamba Times with online e-Edition Access. Print prices are for in-county subscriptions. Please call 662-862-3141 if you are out-of-area and would like to subscribe.

only give this out for very special reasons. put end date on theirs if there is one. 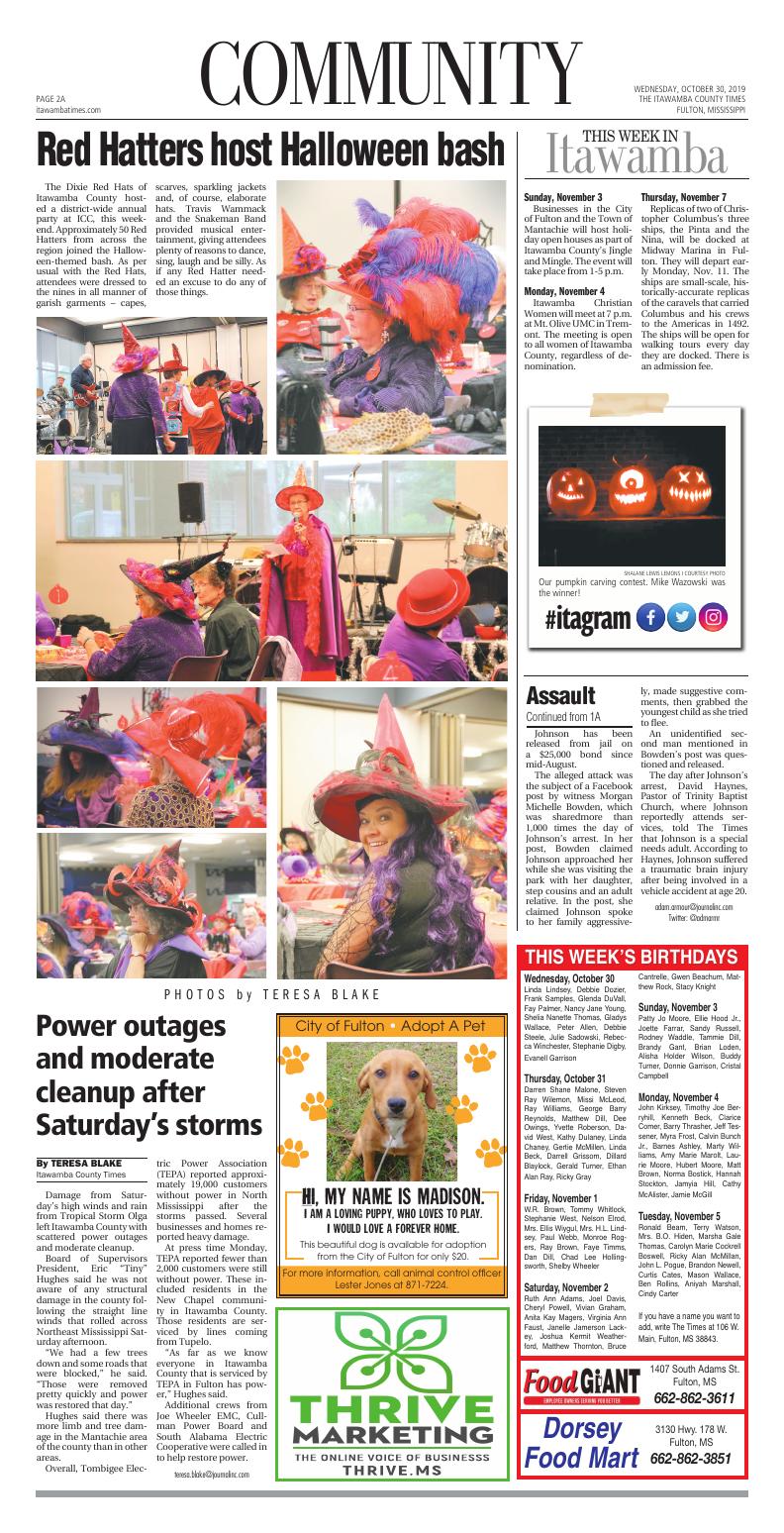 The Dixie Red Hats of Itawamba County hosted a district-wide annual party at ICC, this weekend. Approximately 50 Red Hatters from across the region joined the Halloween-themed bash. As per usual with the Red Hats, attendees were dressed to the nines in all manner of garish garments – capes, scarves, sparkling jackets and, of course, elaborate hats. Travis Wammack and the Snakeman Band provided musical entertainment, giving attendees plenty of reasons to dance, sing, laugh and be silly. As if any Red Hatter needed an excuse to do any of those things. 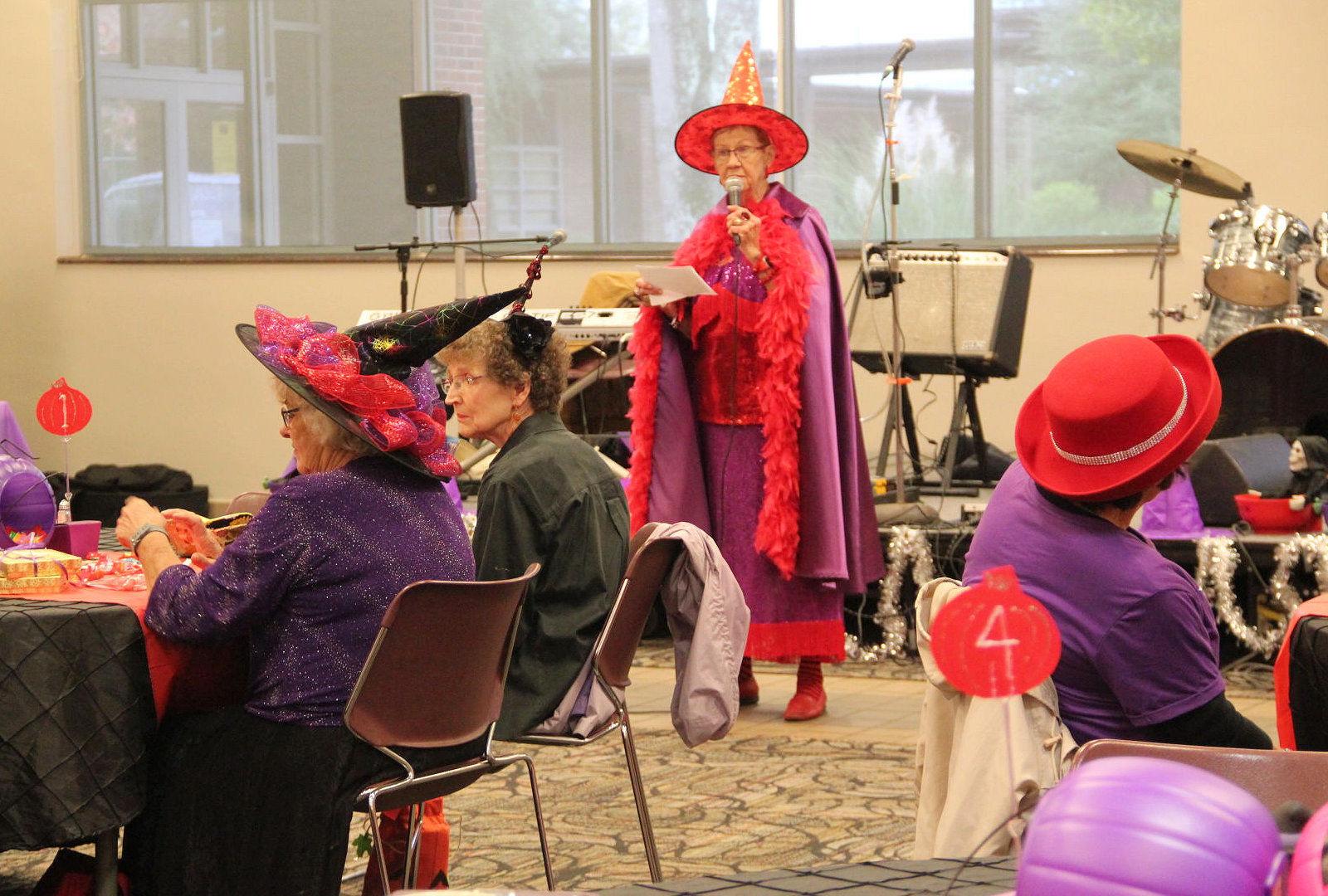 TERESA BLAKE I THE TIMES

Board of Supervisors President, Eric “Tiny” Hughes said he was not aware of any structural damage in the county following the straight line winds that rolled across Northeast Mississippi Saturday afternoon.

“We had a few trees down and some roads that were blocked,” he said. “Those were removed pretty quickly and power was restored that day.”

Hughes said there was more limb and tree damage in the Mantachie area of the county than in other areas.

At press time Monday, TEPA reported fewer than 2,000 customers were still without power. These included residents in the New Chapel community in Itawamba County. Those residents are serviced by lines coming from Tupelo.

“As far as we know everyone in Itawamba County that is serviced by TEPA in Fulton has power,” Hughes said. 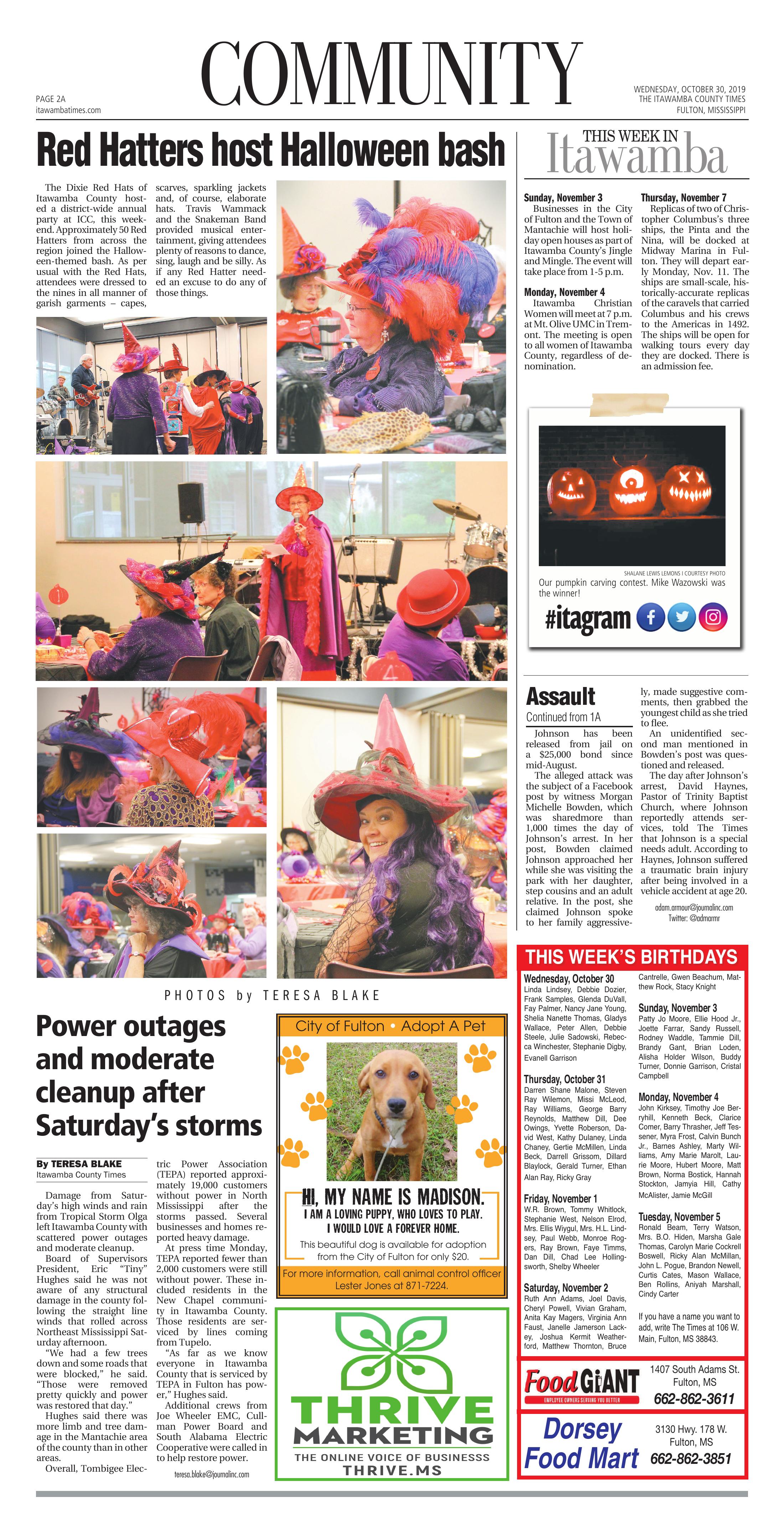