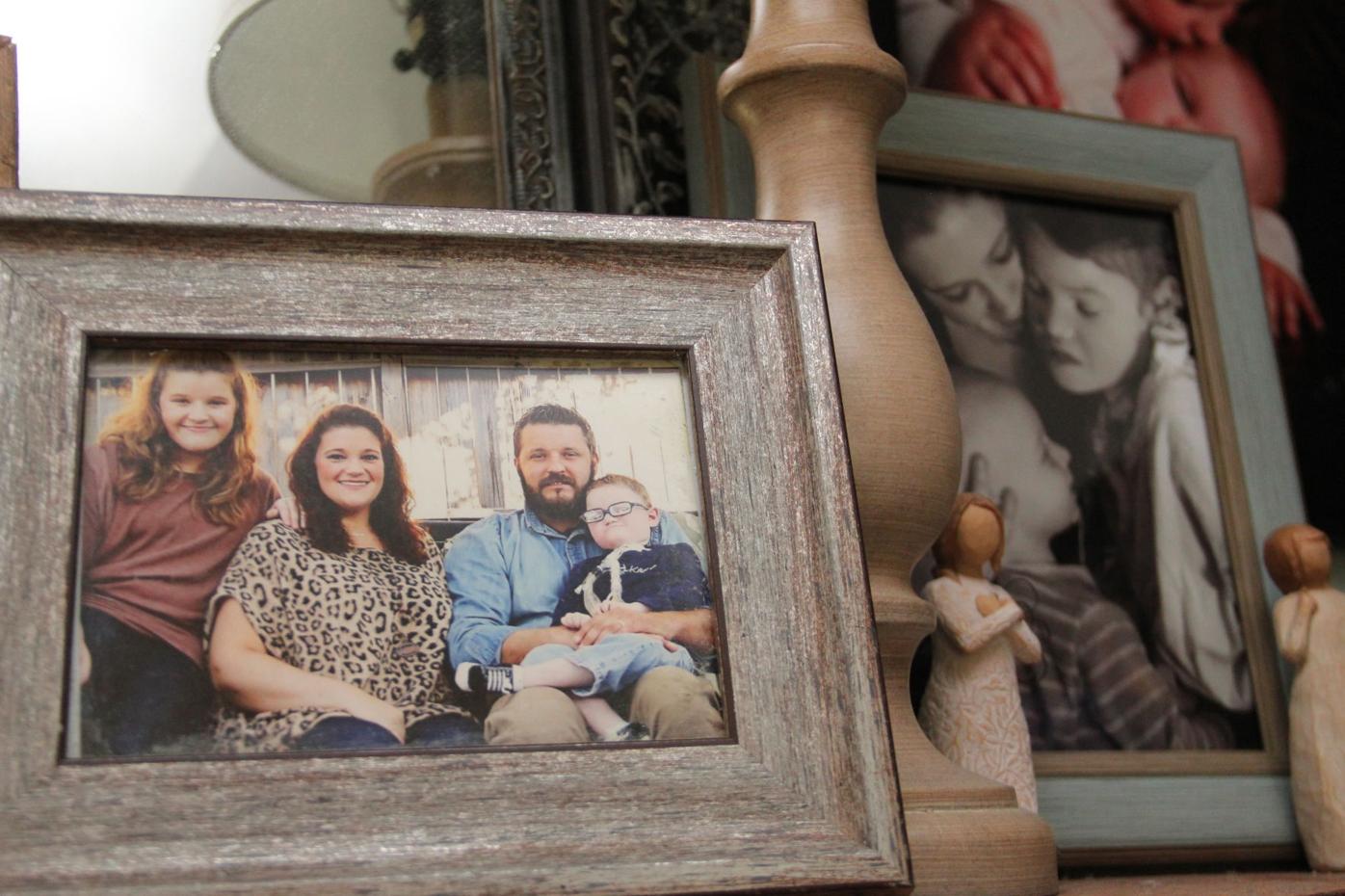 Pictured with his family, the late Eli Kent was honored by Representative Trent Kelley’s office with a Congressional Record. Kent suffered from a rare disorder called Spinal Muscular Atrophy with Respiratory Distress (SMARD). 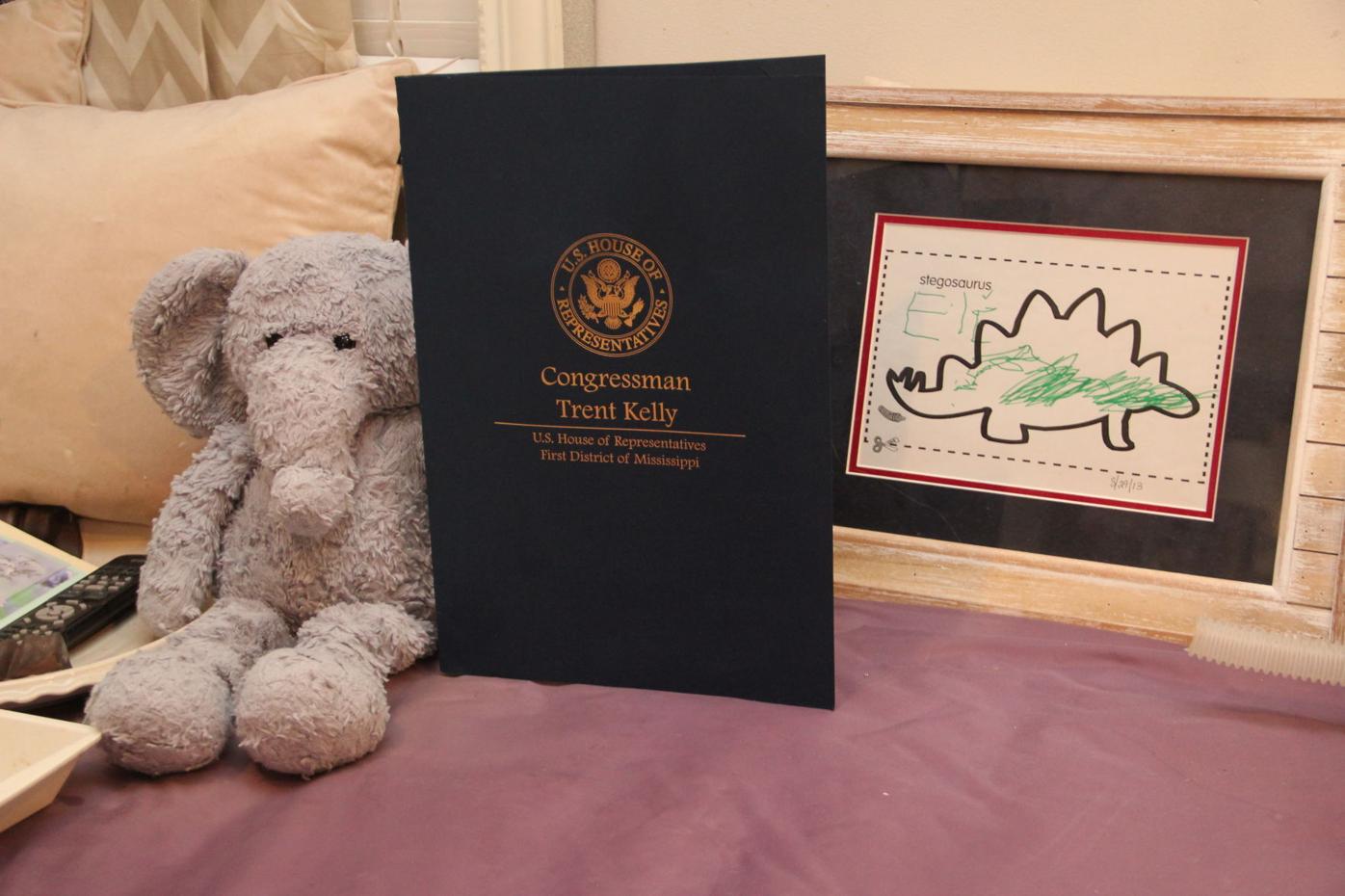 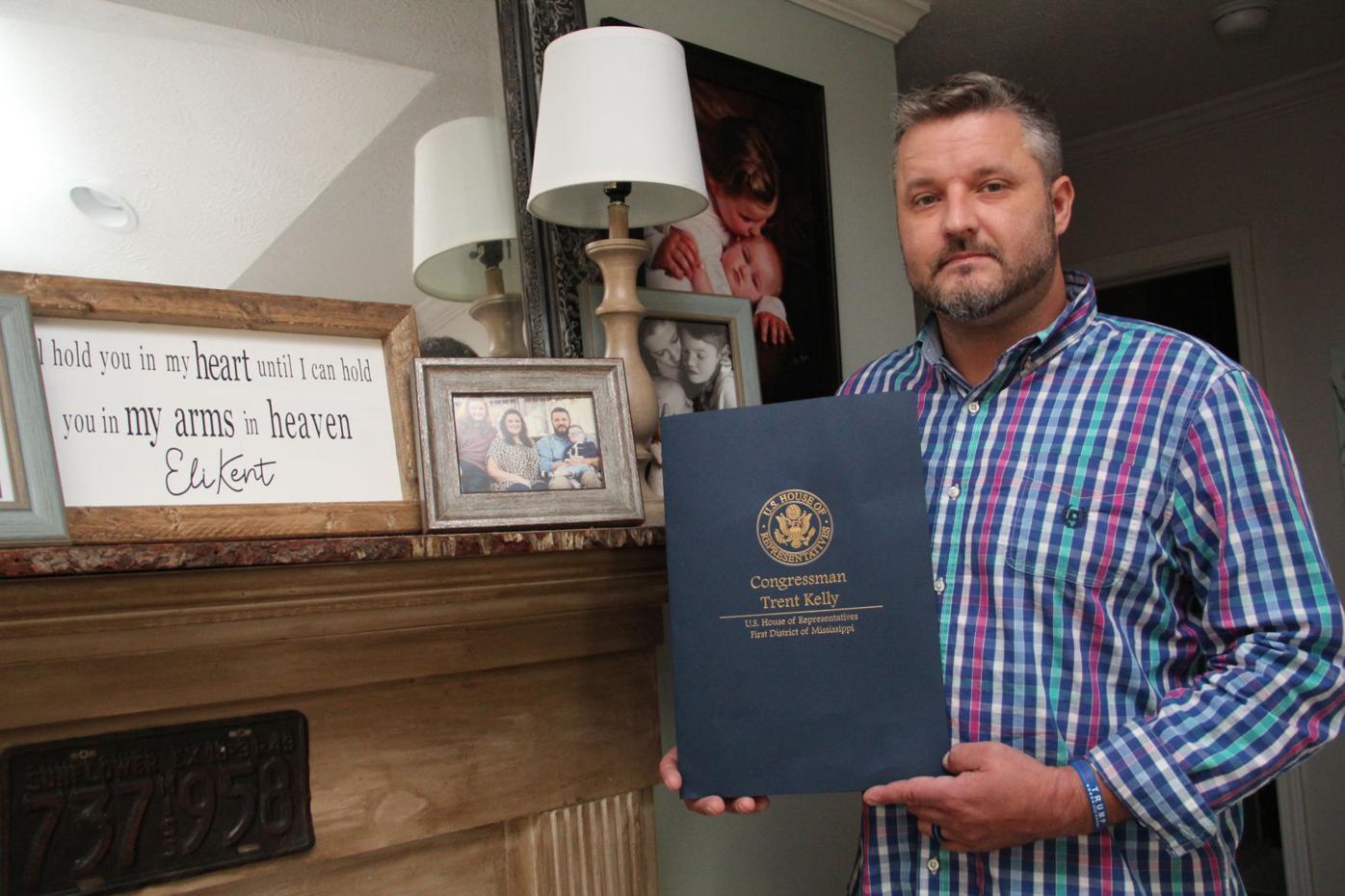 Eli Kent’s father, Nicky holds the Congressional Record read before Congress in honor of his son.

Pictured with his family, the late Eli Kent was honored by Representative Trent Kelley’s office with a Congressional Record. Kent suffered from a rare disorder called Spinal Muscular Atrophy with Respiratory Distress (SMARD).

Eli Kent’s father, Nicky holds the Congressional Record read before Congress in honor of his son.

“He wasn’t just our child, he was everybody’s Eli.”

Nicky and Alisha Kent agree simultaneously, no truer statement could be spoken of their late young son, Eli Kent.

“He was special, you could see it in his smile,” Alisha Kent said. “He touched so many lives.”

Eli was born with a rare disorder called Spinal Muscular Atrophy with Respiratory Distress (SMARD), a neuromuscular condition that causes weakness of the muscles. In Eli’s case, the severity was great. He was unable to move his diaphragm to breathe.

The diagnosis meant being on a ventilator and having around-the-clock care for Eli. The family’s living room was turned into a combination bedroom and hospital room where the youth loved watching sports and spending time with his older sister, Kylee.

“He loved watching Kylee dance around the living room and read books to him,” Nicky Kent said. “And she loved that it made him happy.”

Next to family, just like other young boys, Eli loved to watch sports. Not just any team either, but all things Ole Miss.

“We would take him to The Grove. He loved the excitement, the people, the atmosphere. He loved everything about it,” Alisha Kent said.

When they weren’t at Ole Miss, his favorite hangout for a game-time was Buffalo Wild Wings.

“He loved watching all the tv’s and all the people,” Nicky Kent said. “Sometimes people would stare at us, but that didn’t matter. Eli loved it.”

After a long day at a family outing, his father said he also loved coming home.

“As soon as he saw Wendy’s and the church, he knew we were almost home and he would start smiling,” he said of the two places just up the street from their home.

His mom said he just had a way of letting them know everything.

“He could not speak a word, but you knew by his facial expression exactly how he felt about everything,” his mom said. “I could hold up his pajamas...the ones with reindeers, the Rugrats, and the ones with the Ninja Turtles, and he would smile and stare at those reindeer. He would let you know exactly what he wanted.”

“If I could have handpicked the way it would end, I could not have chosen a more peaceful death for him,” Alisha Kent said. “We knew his prognosis, we knew that someday it would come but you’re never ready for it.”

On a warm summer day, the ten-year-old was buried in his favorite reindeer pajamas and his favorite black dinosaur socks.

“That’s what made him happy, even in the midst of being very sick,” she said.

Friends and family braved the risk of COVID-19 to pay their respects to the young boy who had touched so many, but it wasn’t until the couple received a phone call weeks after his death that they realized the far-reaching effects of their young son’s character.

“We got a phone call from Susan Parker at Representative Trent Kelly’s office. She told us that Eli had been honored with a Congressional Record,” Kent said.

A Congressional Record is a substantially verbatim account of the remarks made by senators and representatives while they are on the floor of the Senate and the House of Representatives.

“Madam Speaker, I rise today to celebrate the life of an outstanding young man whose life was taken too soon. Eli Kent, the son of Nicky and Alisha Kent, passed away at the age of 10 on June 25, 2020, at North Mississippi Medical Center.

Eli was known for his love of travel and Ole Miss sports. When he wasn’t watching the excitement on Swayze field, Eli was watching his sister dance or the Wheel of Fortune. He was also a special member of Bethel Baptist Church, sharing his smile with the many people who knew and loved him.”

Ironically, the record was read before the government officials on the day Nicky Kent’s father died. Another difficult death following their son’s.

The Kents knew their young son had touched many lives but had no idea it had reached the halls of Congress.

“We received the official document in the mail later,” Alisha Kent said. “It was overwhelming to think just how far-reaching his life was.”

Through it all, the Kents also agree that there’s no way they could ever thank everyone who reached out to them during Eli’s life and death.

“It’s been another amazing part of this journey over the years. We had incredible support from community, churches, even strangers, and now this special record,” Alisha Kent said. “Even when we lost Eli, so many prayers, monetary gifts, there was just no way to thank everybody, they have been amazing over the last ten and a half years.”

Eli’s small bed still sits in the family’s living room with some of his favorite things resting on it.

The Kent’s have no plans of ever moving it. They are taking it one day at a time and trying to find a new normal. Through it, their young son taught them many life lessons. Mostly simple ones, like the importance of a smile and wearing your favorite pajamas, no matter what others may think.

“Somethings are not even important, you learn to let go of some things,” Kent said. “Just do what matters, while you can.”

McDonald ties for 13th at the KPMG Women's PGA Championship

Samaritan’s Market offering opportunity to give back for the holidays