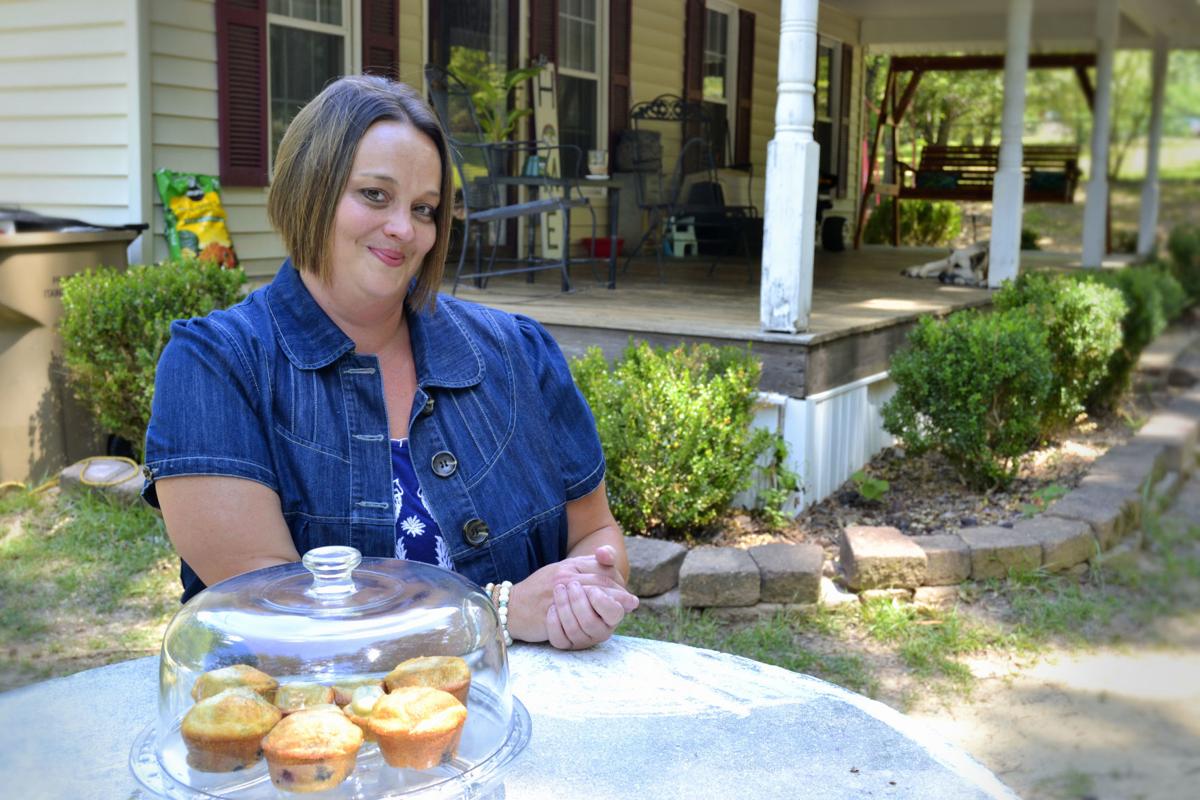 Growing up, Dorsey’s Marlaina Partlow always saw her mother’s cooking as an act of love, her way of showing how much she cares for the people around her. It’s a tradition she’s carried on long after her mother’s death, and one she hopes her three children will take up as well.

Growing up, Dorsey’s Marlaina Partlow always saw her mother’s cooking as an act of love, her way of showing how much she cares for the people around her. It’s a tradition she’s carried on long after her mother’s death, and one she hopes her three children will take up as well.

“If you ask people who know me, ‘Tell me something about Marlaina,’ they’re all going to say, ‘Man she loves her kids’ and ‘Boy, she loves to cook.’”

Sitting on the front porch of her small home on Dorsey-Evergreen Road, 41-year-old Marlaina Partlow said that cooking has always been an act of love in her family. When she was a kid, her mother would cook big, hearty meals regularly. Even as an adult, her mother would occasionally surprise her with a brown bag lunch to take to work. Those memories are some of Partlow’s most vivid, and they remain intimately tied to how she pictures her late mother.

Partlow said she inherited her passion for food and cooking from her mother. Not so much the actual technique, though.

“My mother, even though she loved food, never really taught me to cook,” Partlow said. For the most part, Partlow’s mom didn’t use recipes, which made knowing the specifics of how to make a particular dish difficult to parse.

Partlow’s mother was one of those “this-and-that” cooks … a little of this, a bit of that. And besides, she was more interested in the act of cooking rather than the technique, the same way any artist might struggle with the details of how she created something. She just did it.

“She wanted to be in the kitchen making her own food and making us happy with that food,” Partlow said. “That’s the way she was. If you asked her, ‘Mama, that dressing was so good, what was in it?’ she’d just say, ‘Some butter and some sage.’ Something like that. There was never an articulation of it.”

When her mother died some 14 years ago, Partlow tried to replicate the meals she made. Mostly because her father missed them.

It didn’t go well for a while.

“I remember him saying, ‘Gosh, I wish I had some of your mama’s chicken and dumplings,’” Parlow said. “And I was like, ‘Um, will Sweet Sue work?’ Mama never showed me how to make dumplings, you know. I found the recipe and then trial-and-errror’d it until I got it right.”

It wasn’t long before Partlow discovered how much she enjoyed preparing food and, especially, the joy of sharing that food with her family and friends. It’s become one of her defining traits, the thing for which she proudly said she is most known.

A kindergarten assistant at Itawamba Attendance Center, Partlow has been off work since spring break, initially because of the break itself, and then because of the state-mandated shutdown to stymie the spread of the novel coronavirus. The ongoing pandemic has given her an unexpected affluence of time, much of which she’s happily spent inside her home’s cozy galley kitchen.

That decision has proved popular with Partlow’s three children, aged 5 through 13, and roommate. They haven’t eaten a meal from a restaurant since the start of the pandemic (”We’re on day 96 of not eating out,” she said.), although Partlow has happily tried to recreate some of her family’s favorites.

“We have had Chinese. I have made them my own version of Chick-fil-A sandwiches and waffle fries. I’ve cut up potatoes into tiny little shoestring McDonald’s fries. Whatever they want,” she said. “It makes me happy for them to want something, and for me to be able to make it.”

She’s been cooking for her friends who are still working, too. Partlow’s happy to do it. It’s her way of giving back to the people who aren’t fortunate enough to be at home during the pandemic. It’s the best way she knows to give love and support.

In a way, the pandemic has given Partlow the opportunity to grow closer to her mother. In spirit, at least.

“What she got to do as a stay-at-home mom, I’ve gotten to experience for the last four months,” she said.

It’s time she’s treasured, and time she hopes her children are treasuring, too. Meals are best when shared, after all.

“I hope, when I’m unfortunately dead and gone, that my kids look back and remember not only the preparation of my food, but the love that I put into the food, and the joy they got out of eating it,” she said. “I just hope they get a little something out of that, kind of like I did with my mom … I just hope they remember that it was all done out of love.”