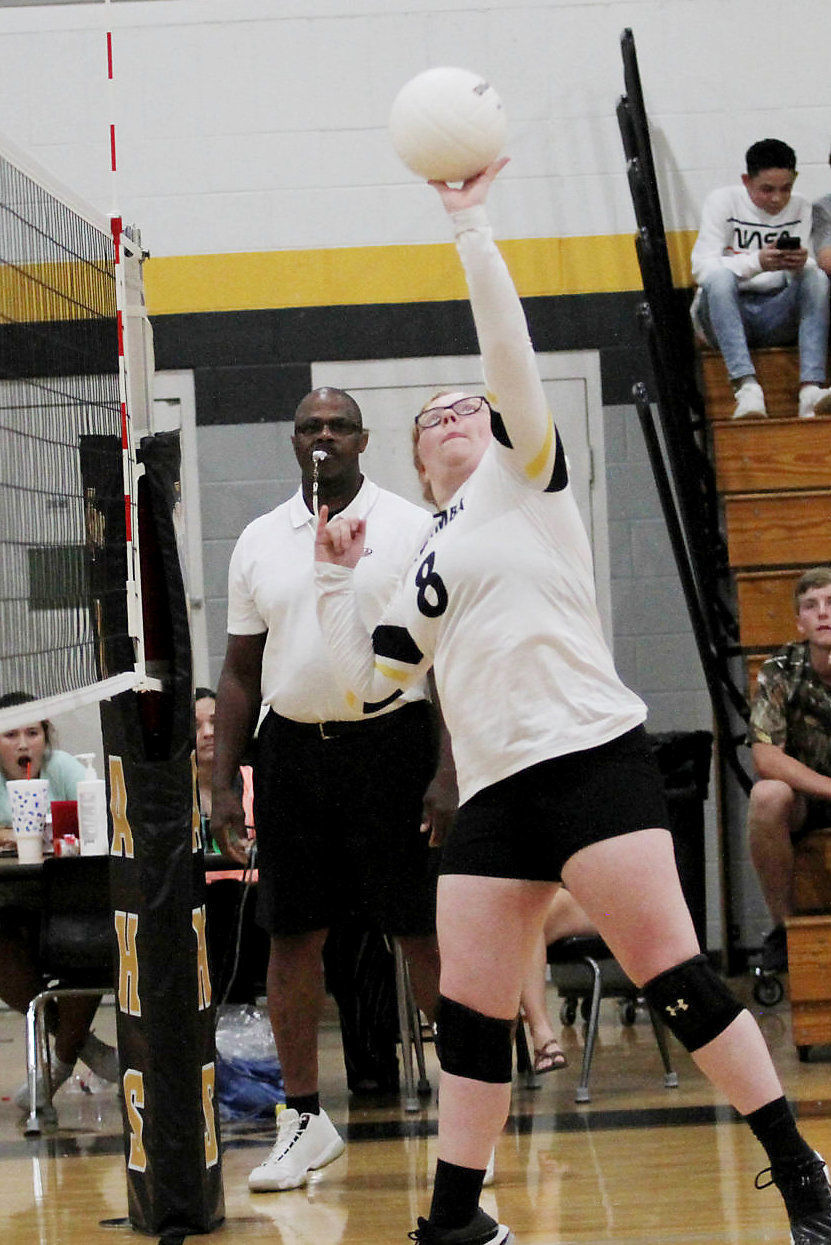 IAHS’s Mallory Parker lobs the ball back over the net in Thursday’s game against Mooreville. 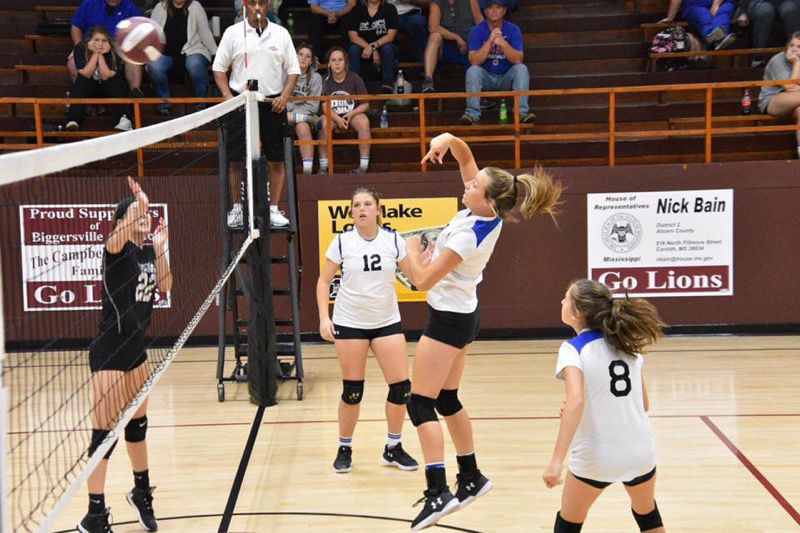 Mantachie’s McKinley Montgomery sends the ball back over the net for a kill in last Monday’s region win at Biggersville.

IAHS’s Mallory Parker lobs the ball back over the net in Thursday’s game against Mooreville.

Mantachie’s McKinley Montgomery sends the ball back over the net for a kill in last Monday’s region win at Biggersville.

In game one, Mooreville won the first point, but IAHS managed to tie it up at 3-3. This would be one of five ties in the game. The Lady Troopers erased a 23-19 IAHS lead and won the first game 25-23.

The Lady Indians had the choice of either bouncing back or folding after the surge by the Lady Troopers at the end of game one and a 5-0 run at the opening of game two. They chose the first option. IAHS battled back and tied the game at 5-5. From then on, it was a tight match. The teams tied 10 times before IAHS closed it out for the 26-24 win.

Like the first two games, game three was close, but IAHS pulled out the 25-22 win.

Mooreville was now in the position where, down a game, they needed to with the fourth game to force game five. IAHS tied it up at 4-4. Two points later, senior Genise Dabbs made a great play at the net to force a Lady Trooper timeout with the Lady Indians leading 6-4. The game didn’t have the back-and-fourth of the first three, and IAHS pulled away for a 25-19 win.

Dabbs, senior Maggie Collum, Chloe McClain and Mallory Parker all made great plays at the net throughout the night. Emma Kate Hill, Aliyah Cannon and Alex Bennett guarded the backcourt.

The Lady Indians will host Caledonia on Thursday night at 6:30 p.m.

The Lady Mustangs will host Kossuth on Thursday night for a division game. The junior high team plays at 4:30 p.m., junior varsity at 5:30 p.m. and varsity at 6:30 p.m.