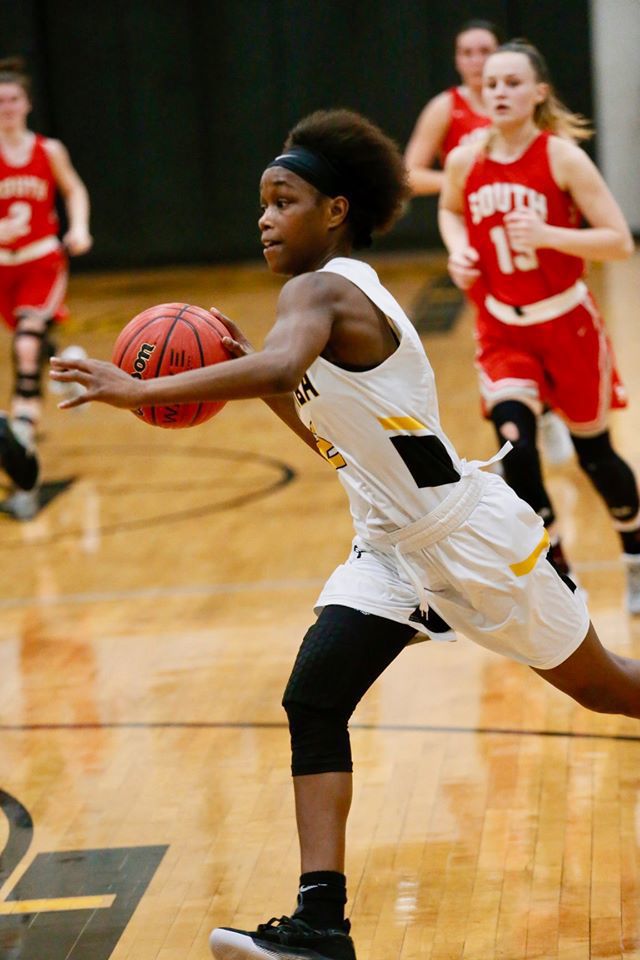 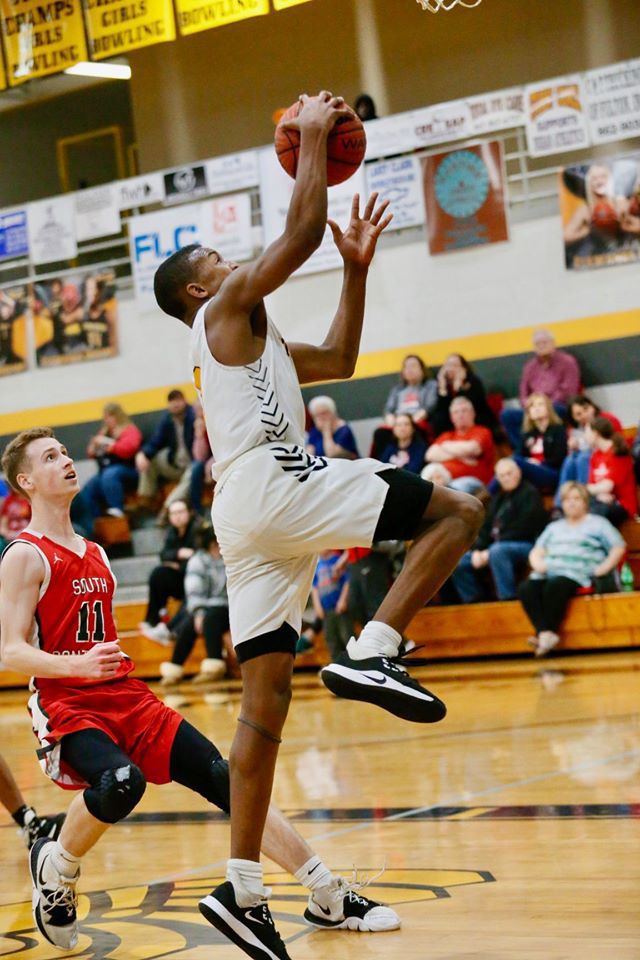 IAHS freshman Issac Green goes for a layup in last week’s at-home game against the South Pontotoc Cougars. The Indians ended the night with a 64-42 win.

IAHS freshman Issac Green goes for a layup in last week’s at-home game against the South Pontotoc Cougars. The Indians ended the night with a 64-42 win.

IAHS jumped out to 20-6 lead after the first quarter thanks to some hot shooting from the outside.

In the second quarter, the Lady Cougars used an inside attack to outscore the Lady Indians 16-7, but IAHS still led 27-22 at the half.

Each team traded baskets in the third quarter, and IAHS led 40-37 after three.

In the fourth and final quarter, the Lady Indians got timely stops and made key free throws to hold on for the 54-48 win.

With the win, the Lady Indians finished 6-4 in Region 2-4A and tied for second place.

Kiyah Adams had 12 points to lead the Lady Indians, followed by Nyresha Mallory with 11 and Tonya Warren with 10.

The Indians jumped out to a 14-6 lead after the first quarter and never looked back. They used a full-court trap to force many turnovers and extended their lead at the half at 30-21.

The third quarter was a foul-fest, but the Indians still emerged on the other side with the advantage. They headed into the fourth and final quarter with a 45-35 lead.

The Indians opened the fourth quarter on an 8-0 and continued to force turnovers. IAHS outscored the Cougars 19-7 in the final period and went on to win 64-42.

There’s a reason the Belmont Lady Cardinals are one of the top-ranked teams in Class 3A. They’re that good.

The Lady Cardinals jumped out to a 15-5 lead after the first quarter, and eased to a 71-46 win over the Lady Indians on Senior Night.

Della Shumpert and Tonya Warren paced the Lady Indians with 13 points each.

The Lady Indians are the No. 3 seed for the Division 2-4A Tournament taking place this week at ICC’s Davis Events Center.

The Indians came out sluggish and complacent and by the end of the first quarter, Belmont had a respectable 13-6 lead.

The Indians must have realized they weren’t doing themselves any favors and turned up the heat in the second quarter. They ended the quarter with a 19-point run and actually lead, 34-29, going into the second half.

By the end of the third quarter, the Indians had extended their lead to 10. They ran way in the fourth and final quarter and took a 72-47 win.

Chandler Wood led the attack with 13 points, followed by Isaac Smith and Deion Shells with 10 a piece.

The Indians are the No. 5 seed in this week’s Division 2-4A Tournament.