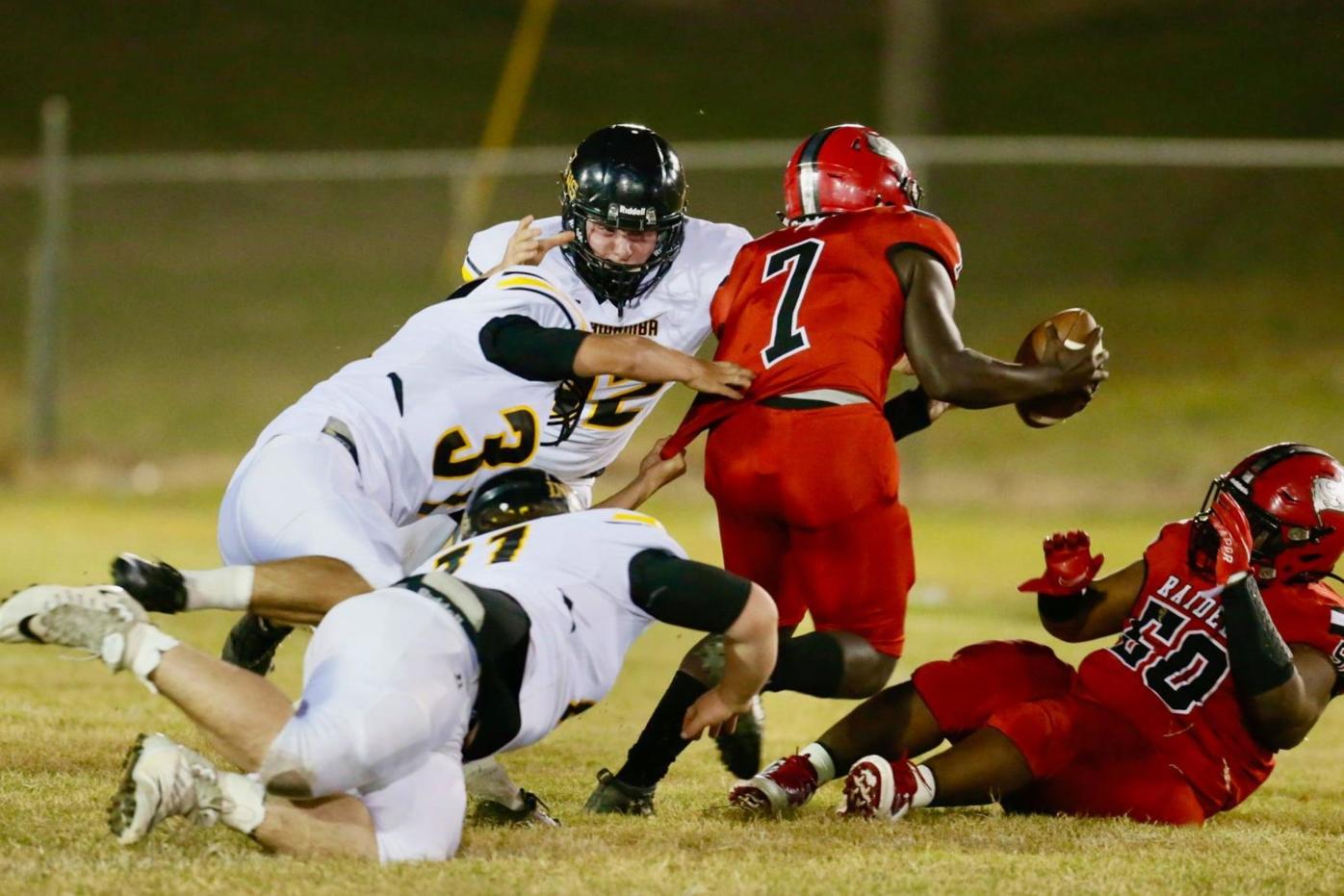 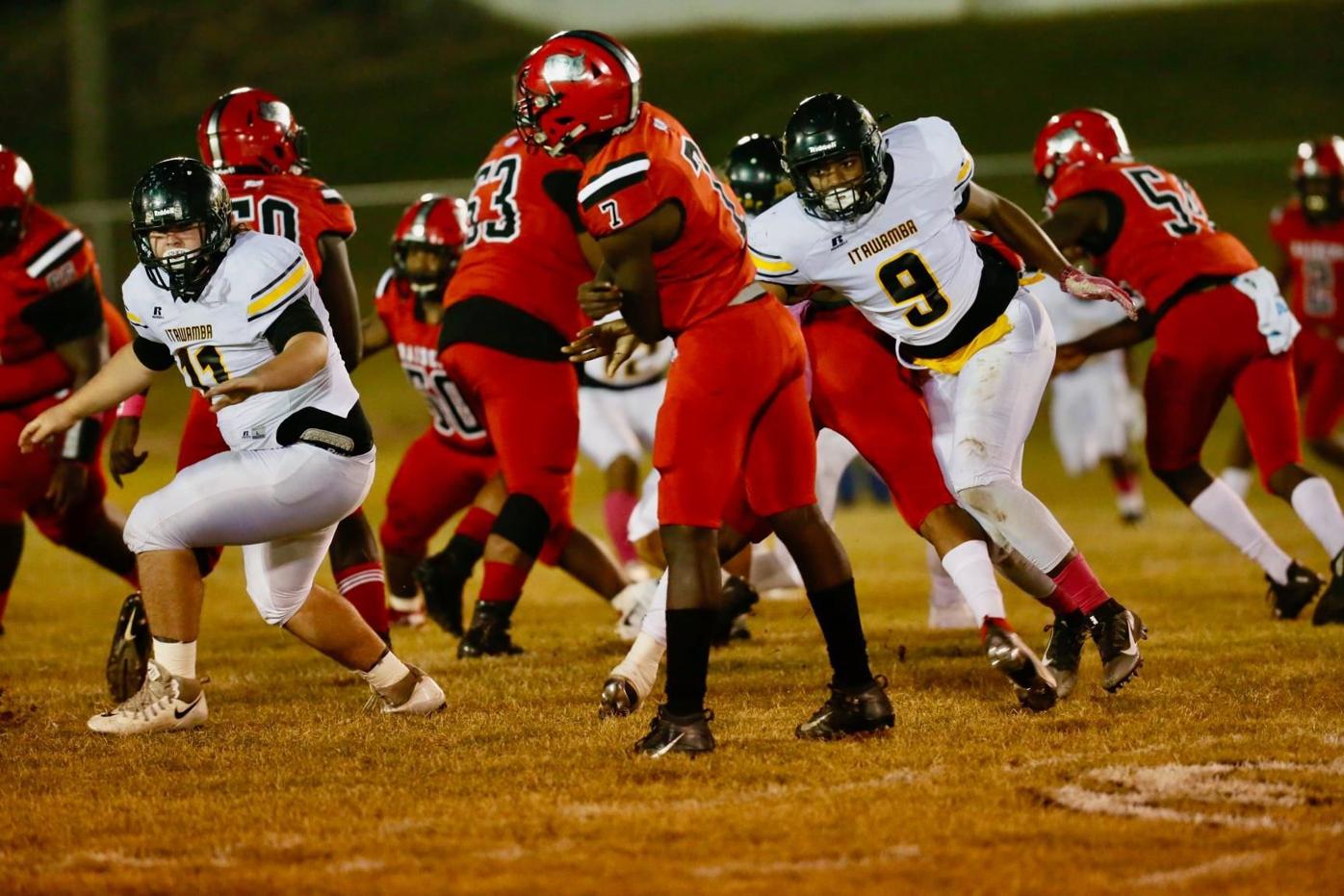 IAHS senior defensive lineman Derreco Dilworth breaks through the Red Radiers’ offensive line Thursday night. The 12-6 game was almost all about the defense as the Indians forced six turnovers.

IAHS senior defensive lineman Derreco Dilworth breaks through the Red Radiers’ offensive line Thursday night. The 12-6 game was almost all about the defense as the Indians forced six turnovers.

Itawamba AHS brought its A game defensively in a crucial 2-4A matchup against the Shannon Red Raiders, forcing six turnovers to return home with the 12-6 win.

Zion Ashby got the barrage going in the first quarter with an interception. Later in the quarter, Isaac Smith got in on the action as he intercepted a Red Raider pass that halted a promising drive and raced into Shannon territory to end the quarter. After one the game was knotted at 0-0.

It took one play for the Indians to get on the board in the second quarter, as Tae Chandler broke free for a 31-yard touchdown run and a 6-0 lead after the missed extra-point.

Shannon would respond midway through the second, as their defense sacked the Indians’ quarterback, Ty Davis, which resulted in a fumble and scoop and score. The Red Raiders went for the two-point conversion but were denied.

On the next Indian possession, they went three and out, but Chandler made sure the Raiders didn’t have the ball long as he picked off a pass near mid-field. At the half the game was 6-6.

There was limited action in the third, as both teams traded three and outs throughout the quarter.

In the fourth, the Indian defense answered the call again. Shannon was in punt formation and the snap went over the punter’s head. IAHS recovered with good field position, but were held to a field goal. However, they led 9-6.

The Indians pinned Shannon deep in their territory again when Keegan Johnson blocked and recovered a Red Raider punt deep in their own territory which set up a Maddox Hendricks 26-yard field goal and gave the Indians a 12-6 lead. With Shannon driving to try to tie the game with less than a minute remaining, Marquion Green stripped the ball from the Raider quarterback and Ethan Shotts fell on top of it.

IAHS walked away with a big 12-6 division victory, thanks in large part to a strong defensive effort.

IAHS welcomes Mooreville to Indian Stadium Friday night for another 2-4A Division Matchup. The Troopers are 2-4 overall and 0-2 in division 2-4A.