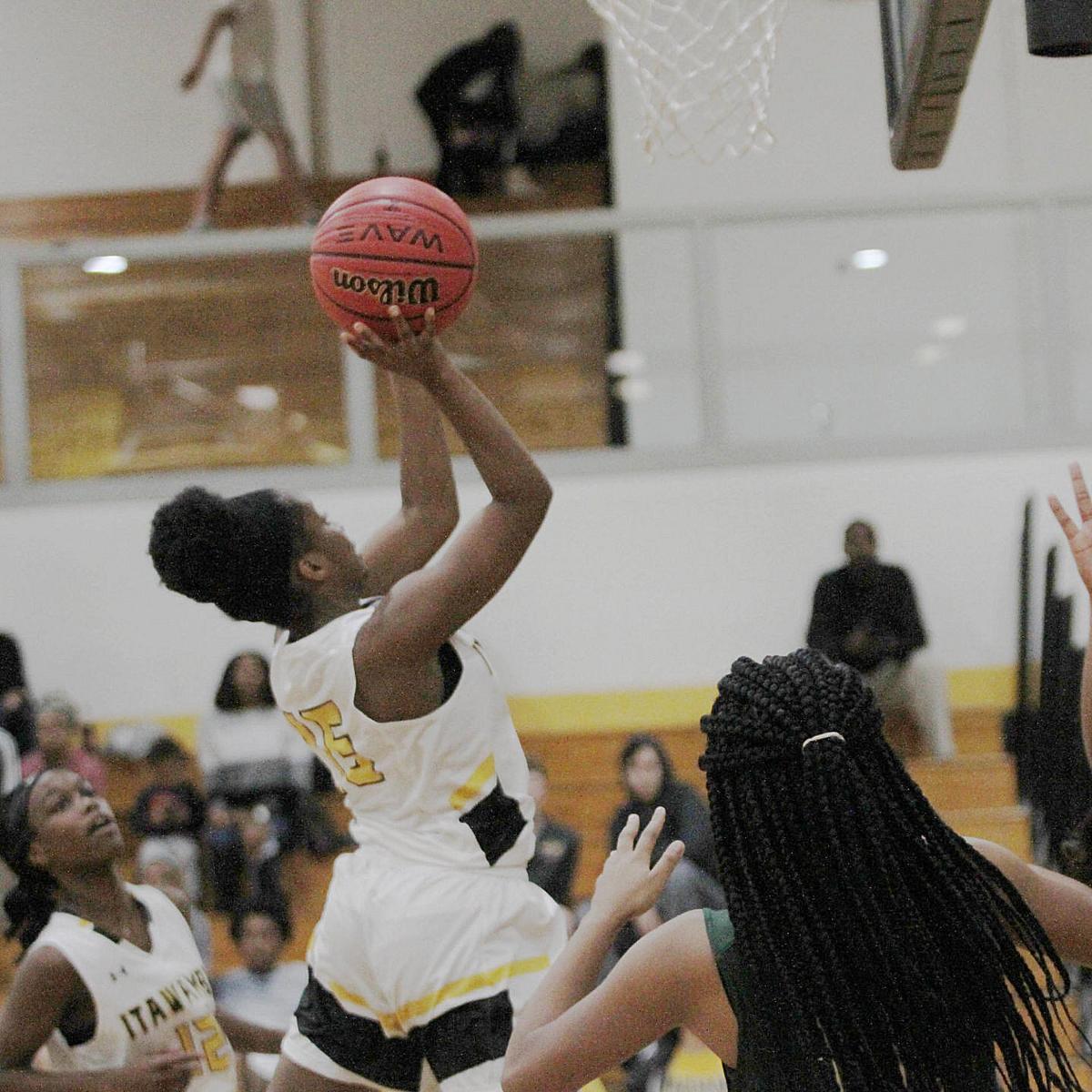 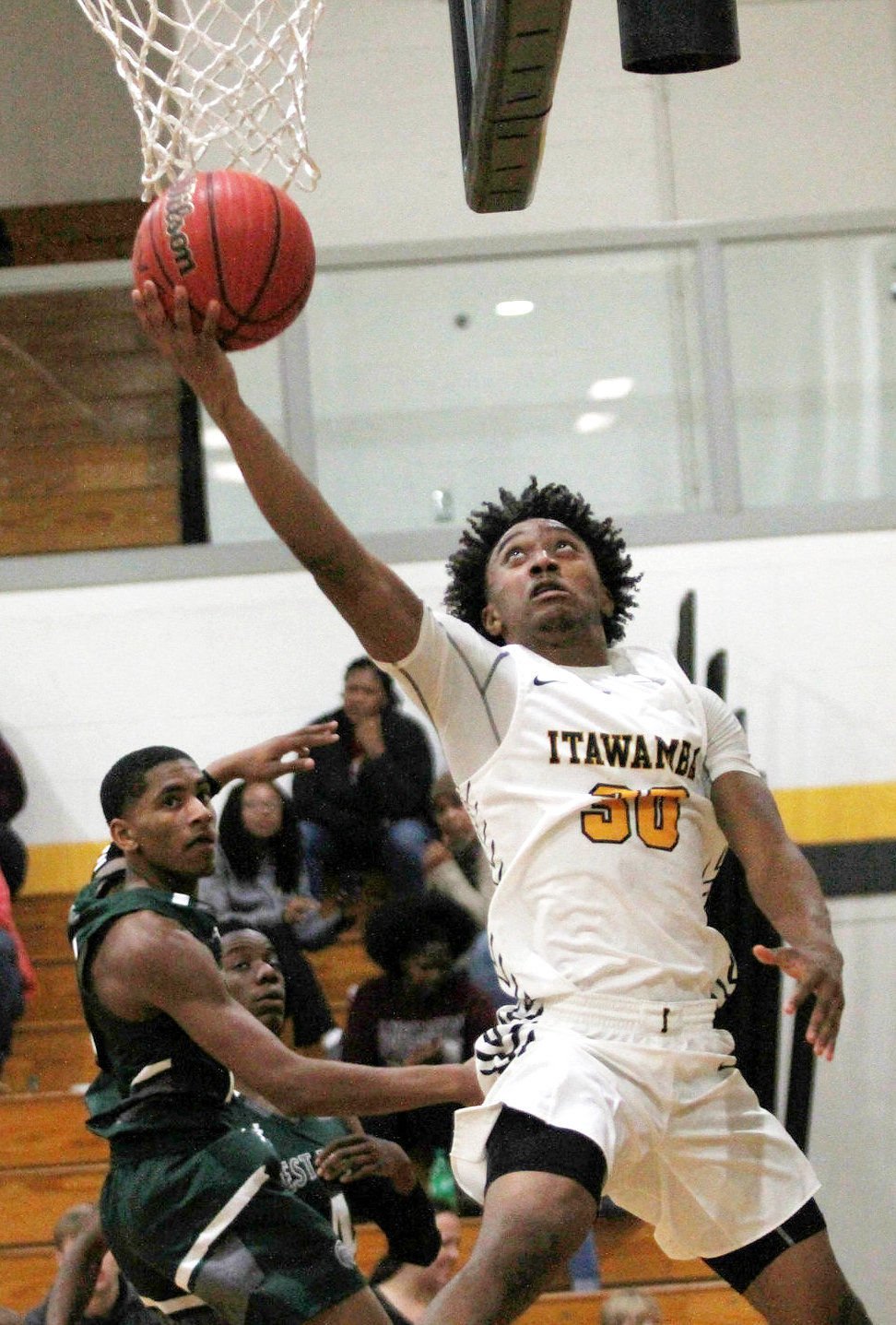 Deion Shells lays a shot in off the glass in the Indians loss to West Point Friday night.

Deion Shells lays a shot in off the glass in the Indians loss to West Point Friday night.

The Itawamba Agricultural High School Lady Indians picked up their first win of the season, Friday night, while the Indians, who have only had their complete team together for a couple of weeks, are still looking for that first taste of victory.

IAHS head coach Anna Porter was forced to call a timeout midway through the first quarter after West Point hit three straight 3-pointers to take a 9-3 lead. Whatever she said in the huddle worked, because the Lady Indians fought back and took a 13-12 lead when Tonya Warren hit a 3-pointer. The Lady Green Wave hit a shot at the buzzer to lead 14-13 at the end of the first quarter.

Out of the break, West Point fought back, and foul trouble threatened to steal potential victory from the home team. Nine fouls were called on IAHS before West Point was called for one of their own late in the third quarter. The visitors led 47-42 with eight minutes to play.

The Lady Indians stayed in the game, weathered the rally from the Lady Green Wave, and earned their first win of the season.

IAHS hit free throws in the closing minutes to secure the win. It was the first win of the season for the rebuilding Lady Indians and the first for Porter at IAHS.

Senior Chandler Wood scored the first points of the night for IAHS, and the Indians were up 14-9 at the end of the opening quarter.

The Indians continued their steady play in the second quarter. Deion Shells made a nice block and scored off the rebound. Disaster struck the team in the final 30 seconds of the first half. With 29.4 seconds until the break, IAHS led 23-17, but they headed to the locker room down 24-23.

But the Indians didn’t fall apart and were down just 3 points, 33-30, with a quarter to play.

With about five minutes left, Wood hit a 3-pointer to tie the game at 43-43. There would be two more ties, and IAHS slipped out to a 47-45 lead, but the Green Wave buckled down on defense and headed home with the 56-47 win.

The Braves held on and avoided the home loss to their out of division 4A visitor in their Tuesday night match against the IAHS Indians. Tish ended the night with a narrow 45-42 victory.

The Lady Indians had a tougher time, struggling to find their footing in their game against the braves. Tishomingo County won the night, 66-30.

The Lady Indians picked up their second win of the weekend on the road, Saturday night. Tonya Warren had 13 points for IAHS and Shumpert scored 9 points against Noxubee County. The Lady Indians headed home with a wafer-thin 41-40 victory.

Things weren’t as positive for the boys’ team. The Indians got down early and were never able to mount a comeback against Noxubee County. The home team won 67-59.