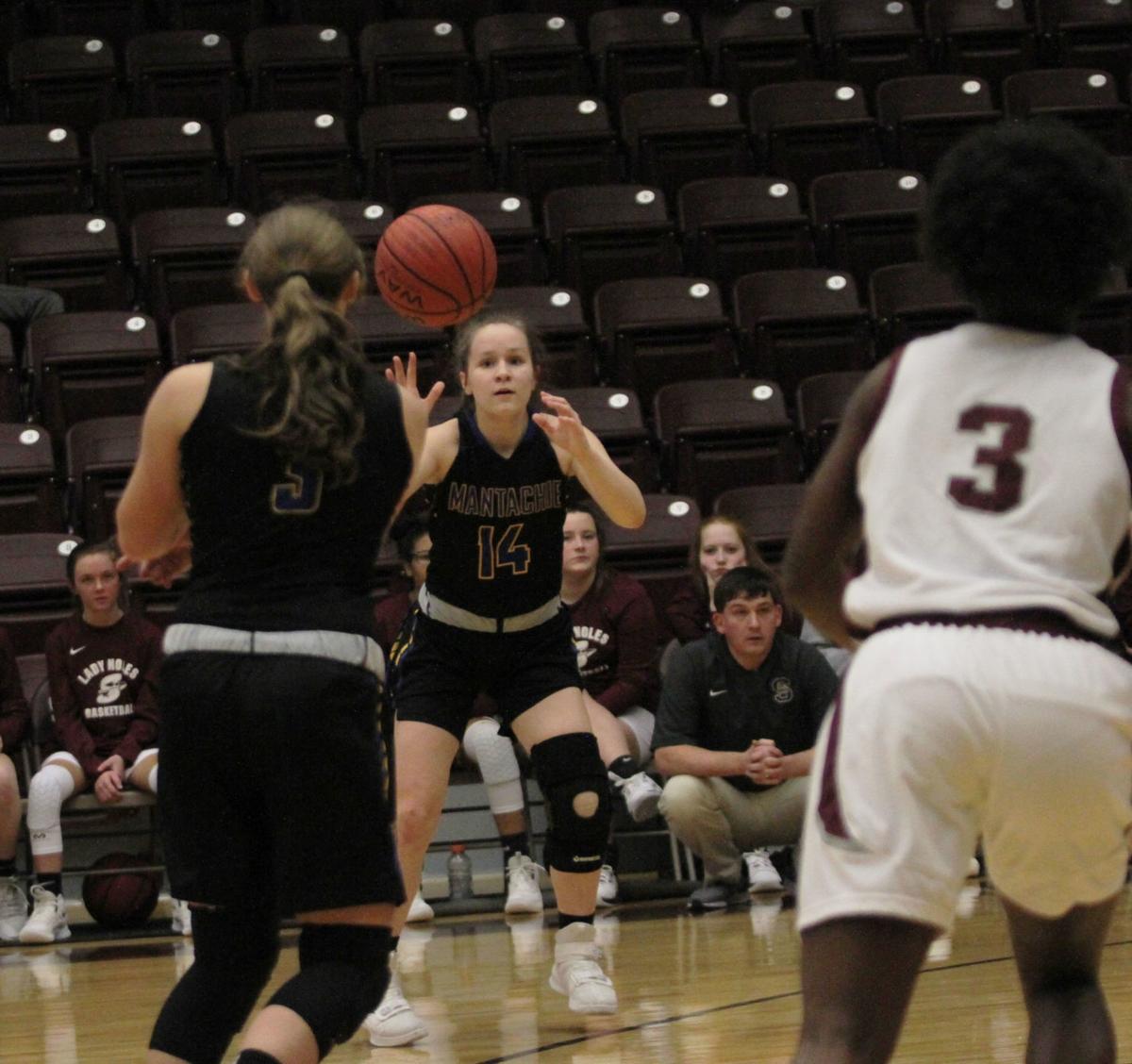 Senior Zoe Johnson swings a pass over to an open Darby Pitts for a 3-pointer in the Lady Mustangs win last Tuesday in Smithville. 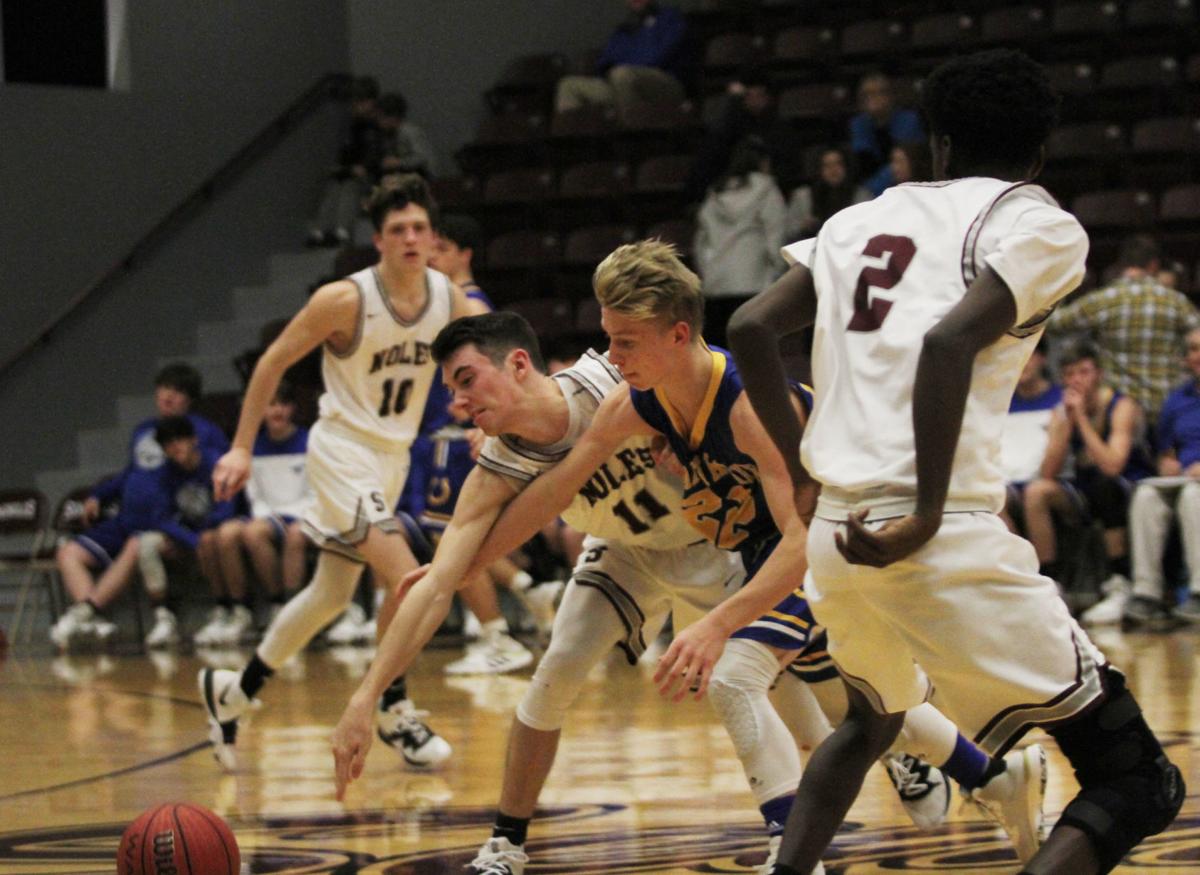 Senior Zoe Johnson swings a pass over to an open Darby Pitts for a 3-pointer in the Lady Mustangs win last Tuesday in Smithville.

Mantachie High School played their first games of 2020 last week. Both the boys and girls teams made the trip to Smithville High School Tuesday night before beginning division 1-2A play at East Union Attendance Center on Friday.

In the second quarter, the Lady Seminoles were successful in holding Montgomery without a basket in the period, but other Lady Mustangs began scoring. Junior Madison Jones forced a turnover that turned into an easy two points on the other end, and, on the Lady Seminoles next possession, Jones forced another turnover and found freshman Darby Pitts near the basket for another high percentage shot. Smithville hit the bonus around midway through the second and led 26-18 at the break.

In the third quarter, Pitts hit a pair of threes as the Lady Mustangs outscored the home team 14-7 to tie the game at 33-33 heading into the final quarter.

Mantachie hit the bonus very early in the fourth and six of their 13 fourth-quarter points came at the line. The Lady Mustangs continued to put defensive pressure on Smithville’s offense. This, coupled with the Lady Seminoles missing some easy shots, allowed the visitors to build a late lead and hold on for the 51-41 win.

The Mustangs found themselves down early as they struggled to slow the Seminoles offense and trailed Smithville 23-11 at the end of the first quarter.

The second quarter played out in a similar fashion as the first. Sophomore Cade Bennett came off the bench for the Mustangs and made plays on both ends of the court, but the home team led 44-22 at the half.

The Seminoles continued to add to their lead in the second half, but senior Alex Duthu made a great block in the fourth quarter in what might have been the Mustangs’ defensive play of the game.

The final score stood at 86-43 in favor of Smithville.

The Lady Mustangs looked to continue their strong play on Friday, but East Union snapped a four-game losing streak with strong defense that the Lady Mustangs struggled to break.

Madison Jones led the Lady Mustangs with 14 points, and Darby Pitts scored 10 points in the contest.

The Mustangs were again outpaced on offense early and were never able to mount a comeback as they fell in their division opener.