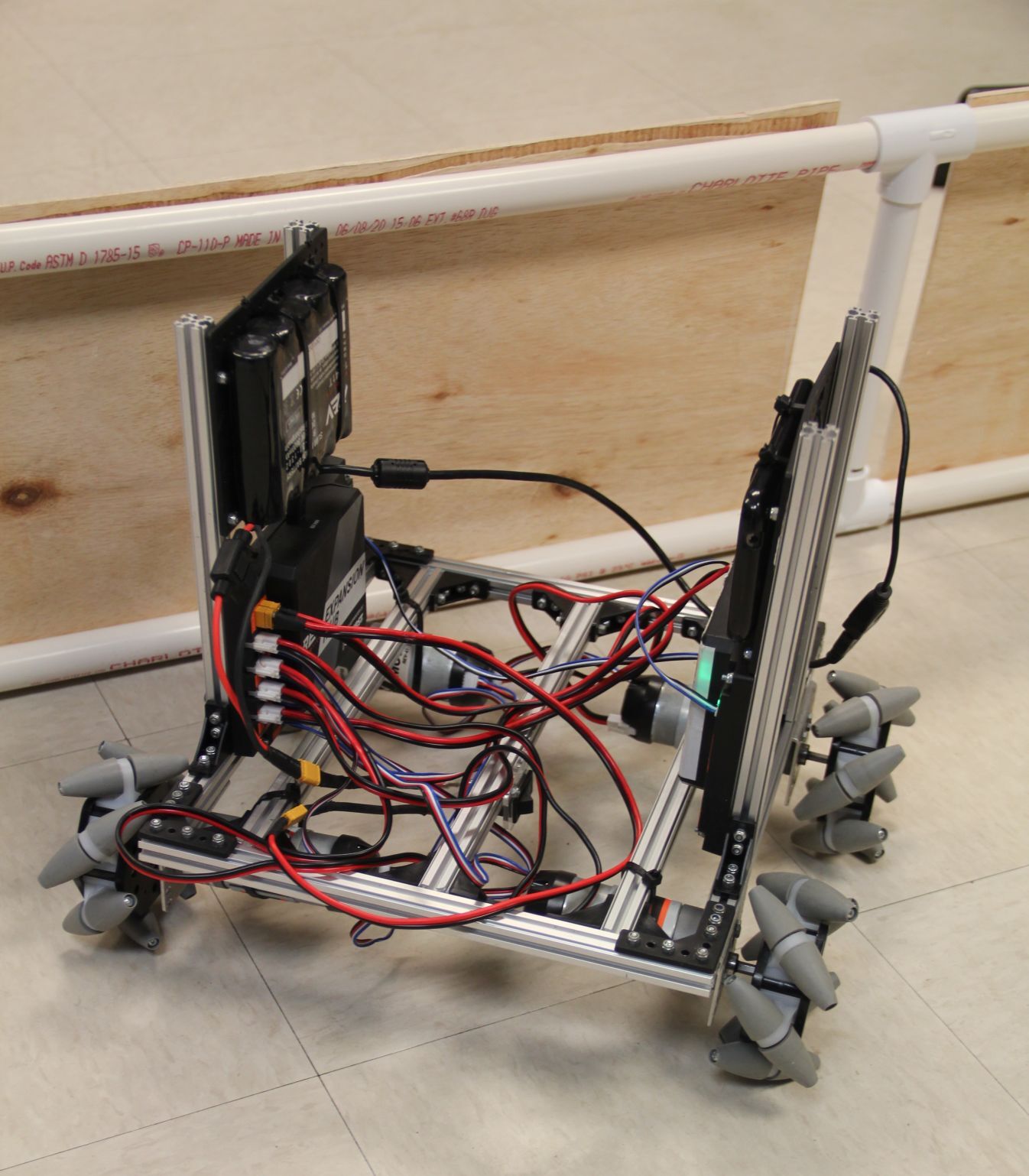 Mantachie Robotics team’s robot for the 2020 competition season was built from the ground up, including the coding, by high school team members. 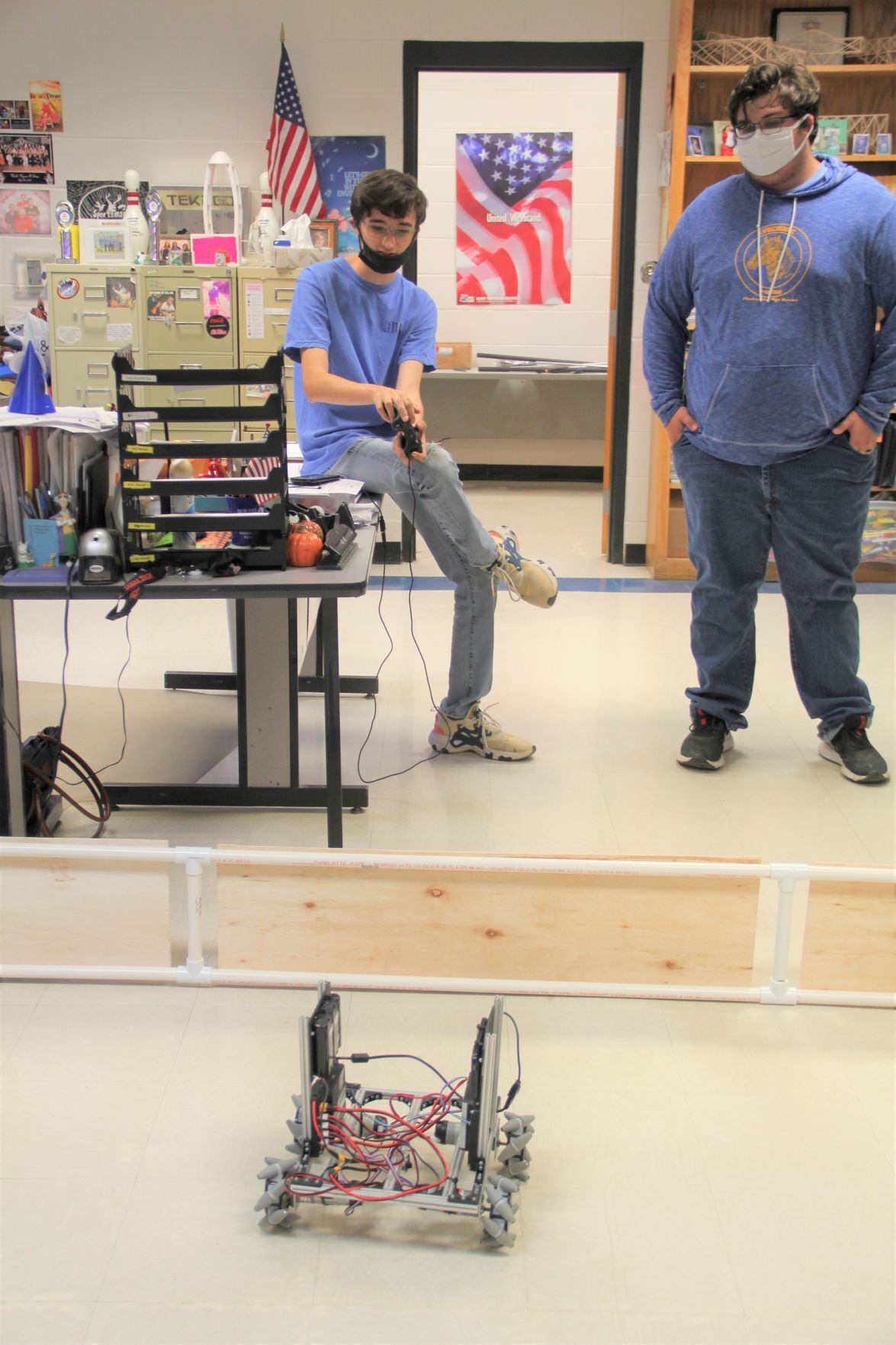 Seniors Caleb Murrell, left, and Brandon Kemp, right, explain how their robot was built. The robot was coded by the students to operate using a game controller. 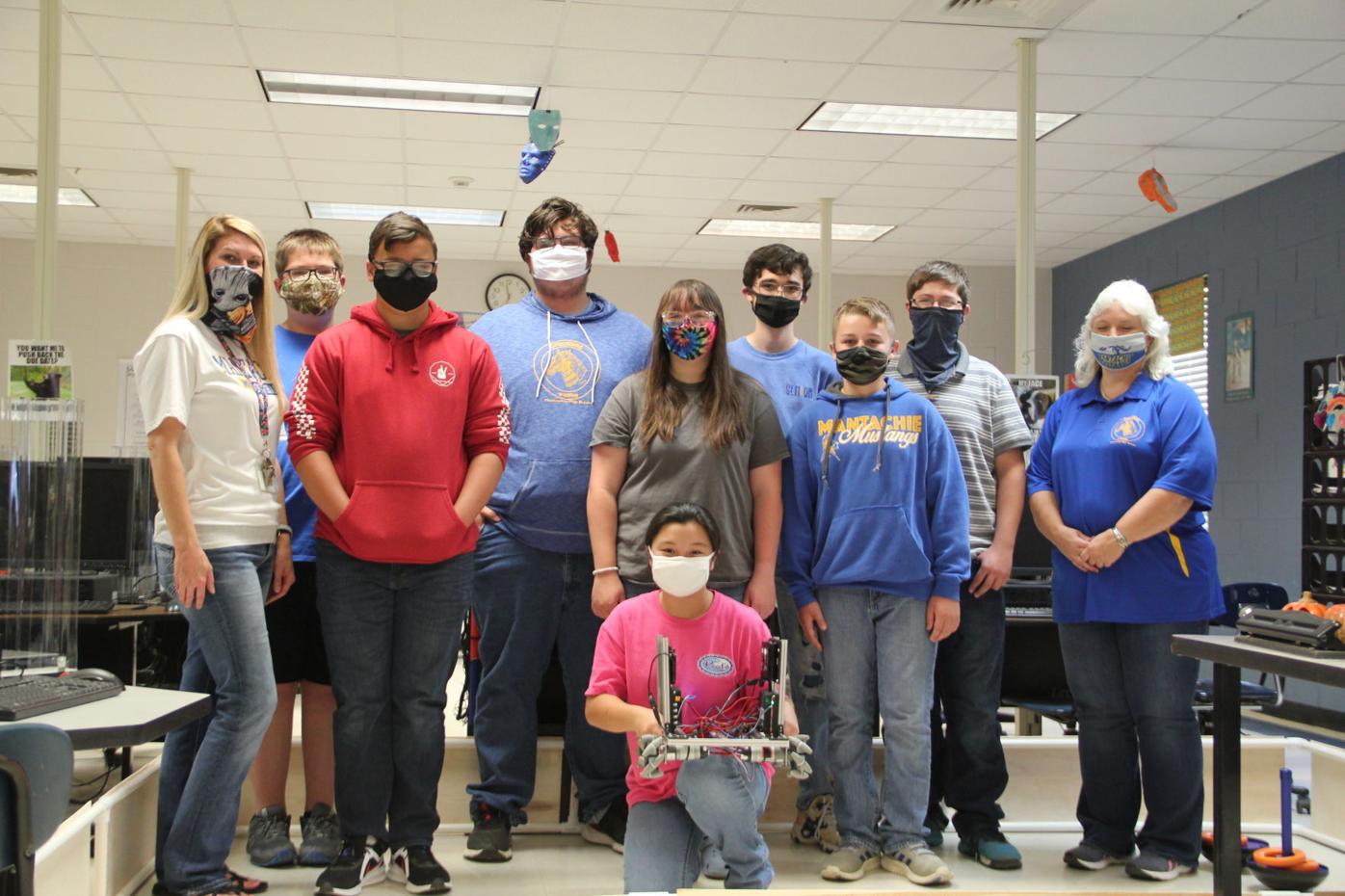 Mantachie Robotics team’s robot for the 2020 competition season was built from the ground up, including the coding, by high school team members.

Seniors Caleb Murrell, left, and Brandon Kemp, right, explain how their robot was built. The robot was coded by the students to operate using a game controller.

In just their first few years of competition, Lisa Cooper and her Robotics team at Mantachie High School have not only succeeded in learning the ins and outs of building robots but a winning program as well.

After students approached her showing their interest in the program, Cooper agreed to be their sponsor.

Cooper was able to secure a grant for registration fees from Tennessee Valley Authority (TVA) and materials grants from Ole Miss and the Space Grant Consortium and with that, they were up and running.

They competed in their first competition that year through FIRST, For Inspiration and Recognition of Science and Technology, a nonprofit that designs accessible, innovative programs to inspire students in the area of science, technology, engineering, and math (STEM) related fields.

“We started in September and got our materials in October; by December we had a rough robot. Our only meet was tough, but we won the Judge’s Award (the Judge’s Award is given based on creativity) because they did everything on their own and had to figure it all out on the go,” Cooper told the Times.

Despite their somewhat rocky start, the team kept pushing forward. Now in their third year, Cooper says that her students are now capable of building a drive train for their robot in just a couple of hours.

This year, they received a grant from the Create Foundation and the school agreed to pay for the materials for their field- – the enclosure that their robot works in that protects operators from the robot arm, and they help to protect the robot from being damaged by other equipment – while business sponsors paid for the materials used to build bigger equipment.

While it is possible to purchase the field and other practice equipment already built, the team chose to save money by buying the materials needed and building the equipment themselves. They utilized guides found on the internet through YouTube and blog sites.

In 2019, their second year as a team, Mantachie Robotics won two awards at competition. The first was the Connect Award.

The Connect Award is based on the team’s goals and their plan for reaching those goals which should include working with approved mentors.

Most notably, the Inspire Award also grants the recipient a bid to state competition. Cooper described their experience at state as a “comedy of errors”, but an exciting learning experience nonetheless.

The Connect and Inspire awards are determined by the team’s Engineering Portfolio which is primarily handled by Junior Winter Blair. Winter not only writes the team’s portfolio, she also keeps notes of what their doing, what works and what doesn’t, as well as, taking pictures and keeping everyone else organize according to Cooper and other team members.