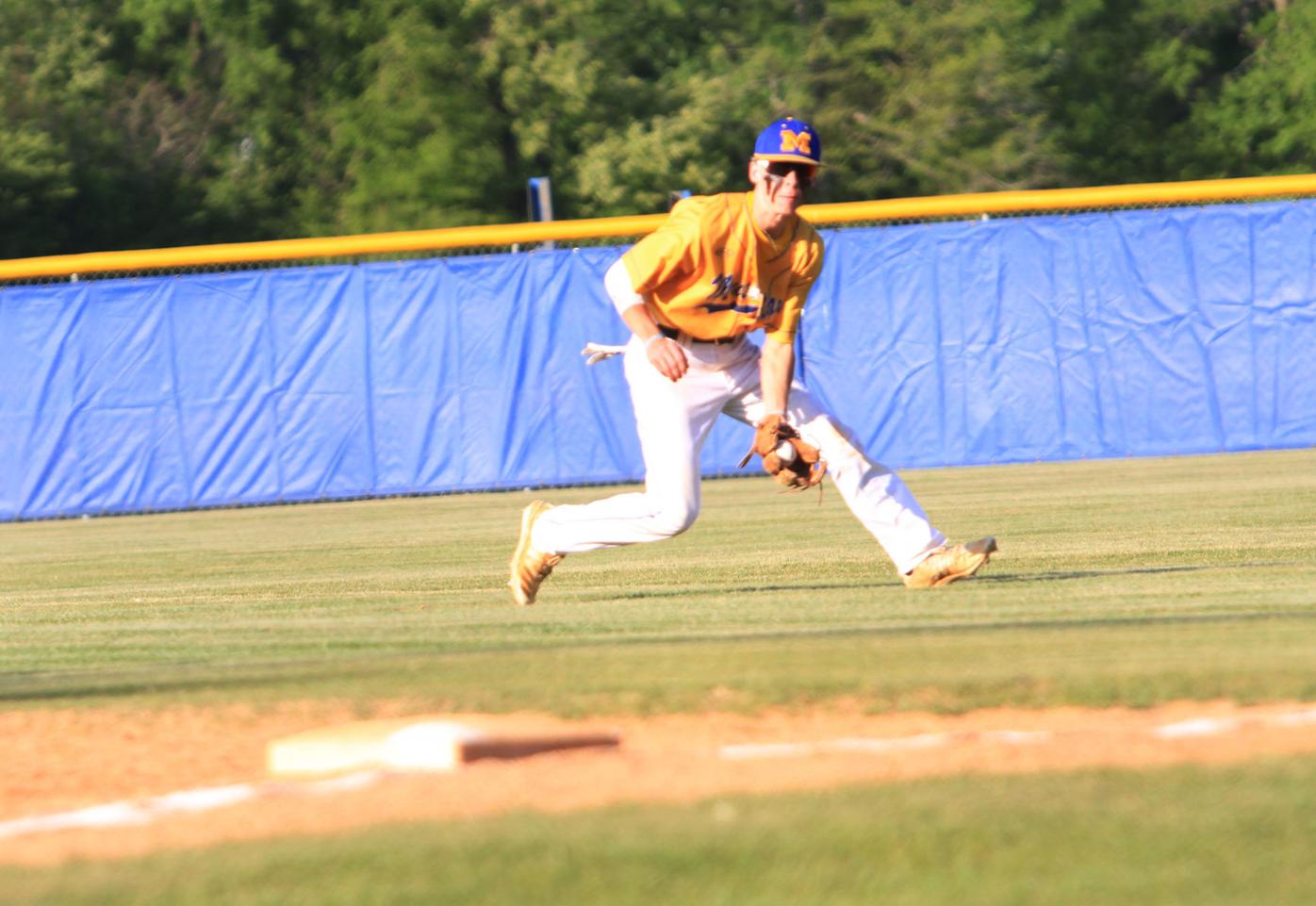 Ross Simpson fields the ball in the grass during the first inning of last week's game against Biggersville. The hitter just beat out Simpson's throw to first. 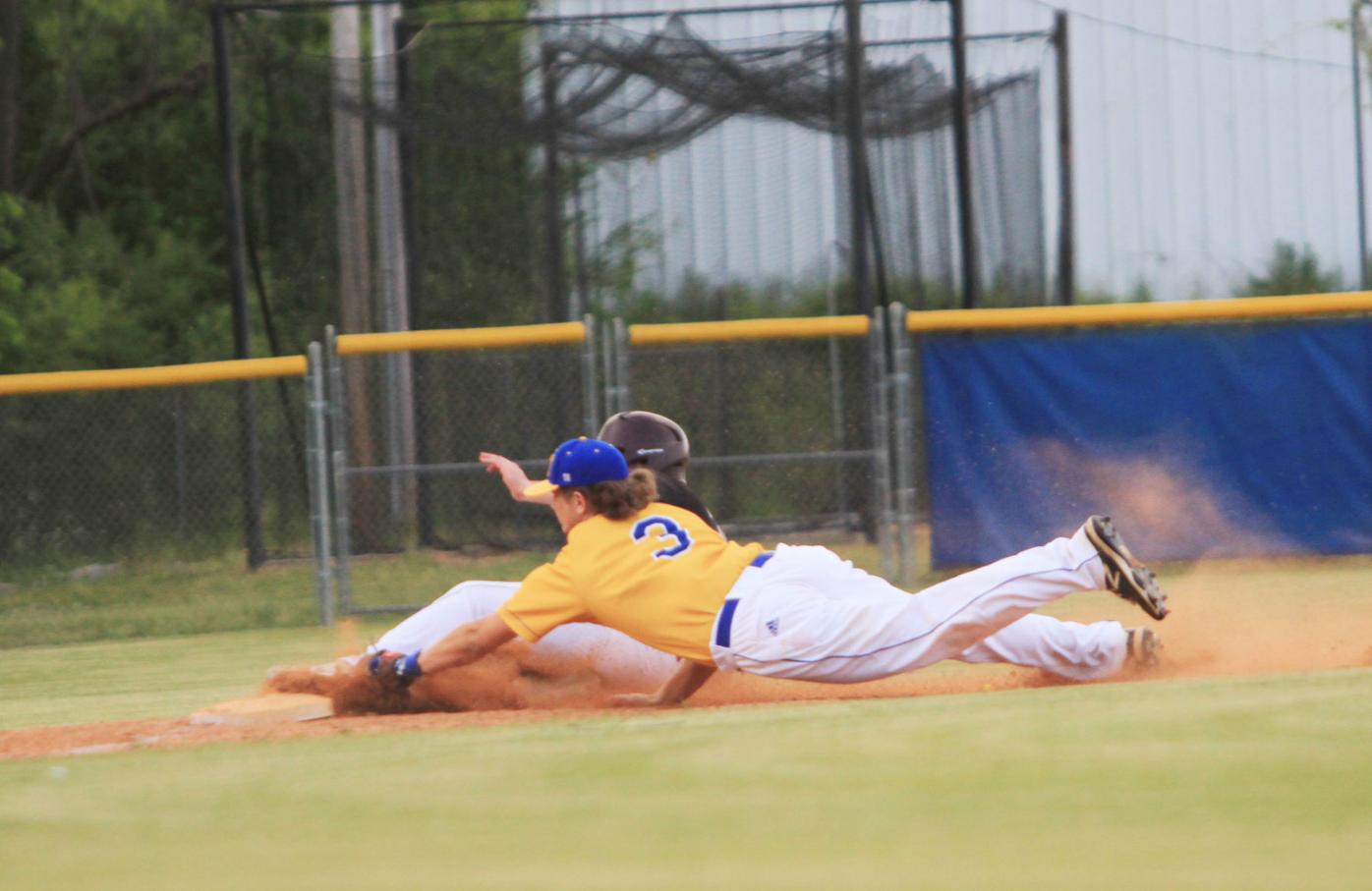 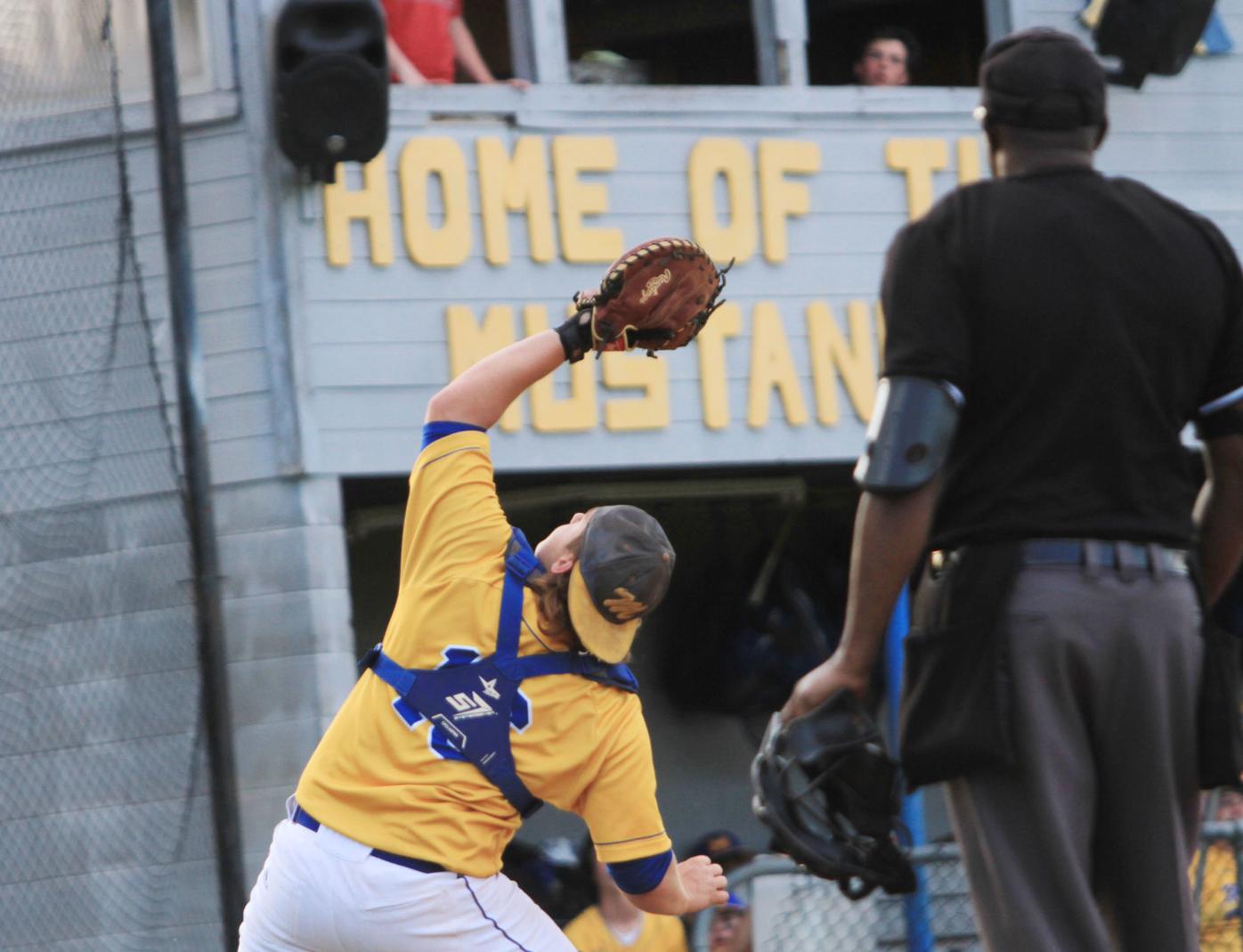 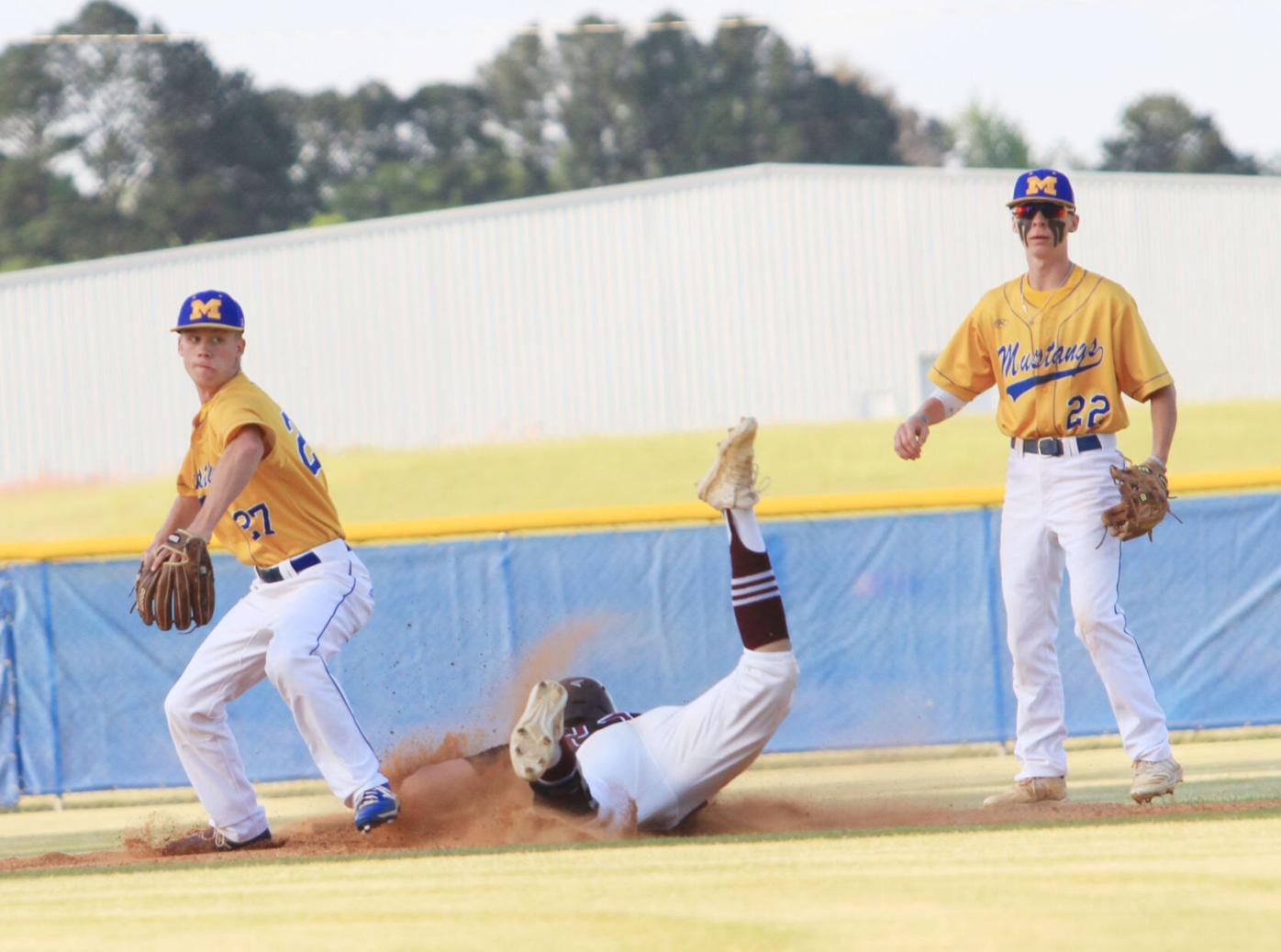 Ross Simpson fields the ball in the grass during the first inning of last week's game against Biggersville. The hitter just beat out Simpson's throw to first.

Biggersville led 8-0 heading into the bottom of the third. Mantachie loaded the bases with three straight singles by Patrick Mangels, Austin Harris and J.W. Franks. Greg Raper then drove in a run with an infield single, and a walk scored another run. Ross Simpson hit into a fielder’s choice to drive in the inning's final run. Biggersville’s lead was cut to 8-3.

Mantachie drew closer to the lead in the bottom of the fifth. A double by Raper opened the inning and, after a groundout, Simpson drew a walk. Mac Gentry doubled to score Raper and Simpson. Biggersville led by 9-5.

Biggersville answered with a seven run seventh inning and Mantachie was unable to answer, falling 16-6.

Franks and Raper led the Mustangs with two hits each. Hunter West, Mangels, Harris and Gentry had a hit apiece. Raper and Gentry each doubled, and Gentry drove in two runs. Raper, Simpson and Cooper Guin each had an RBI.

Mantachie scored three runs in the first inning to grab a quick lead. Pine Grove tied it up in the top of the third, but it was short lived as the Mustangs answered with five runs in the bottom of the inning.

Pine Grove slowly chipped away at the Mantachie lead and tied the game up at 10-10 in the top of the seventh. The Mustangs went three-up, three-down in the seventh, and the game moved to extra innings.

Pine Grove scored three runs in the top of the ninth inning on back-to-back doubles and a home run.

With two outs in the bottom of the ninth, Gentry singled to center field, West and Luke Ellis walked. Mangels drove in two with a single, but a strikeout ended the game with two men on base.

The Mustangs finished the regular season at Myrtle on Monday. Mantachie’s first round playoff series against Pelahatchie begins tonight.

No. 2 Indians to host MACCC tournament

No. 16 Indians to host Gulf Coast in region qualifier series