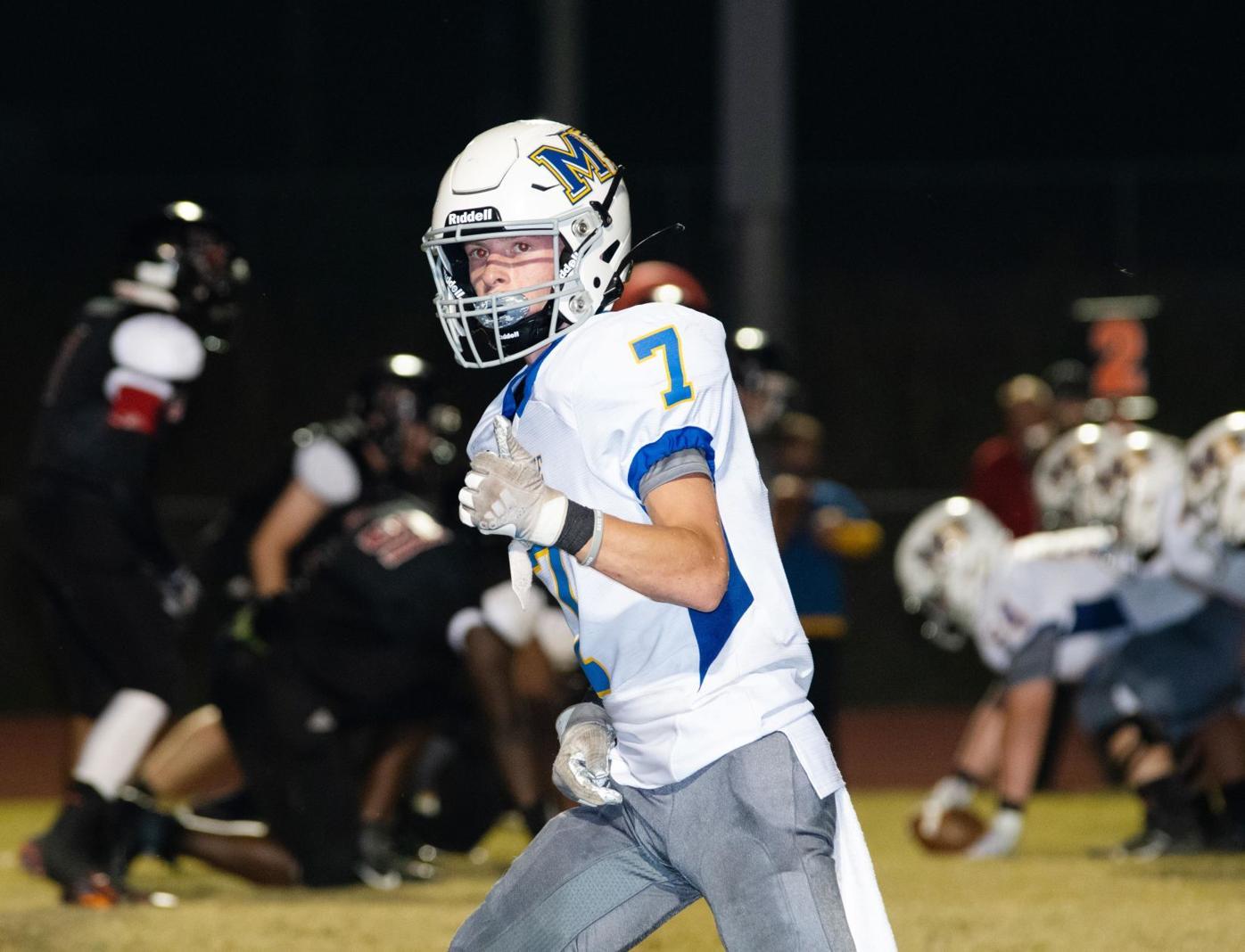 Mantachie High School senior wide receiver Ross Simpson looks to the sideline as he gets set for a play in Friday’s game at Potts Camp. 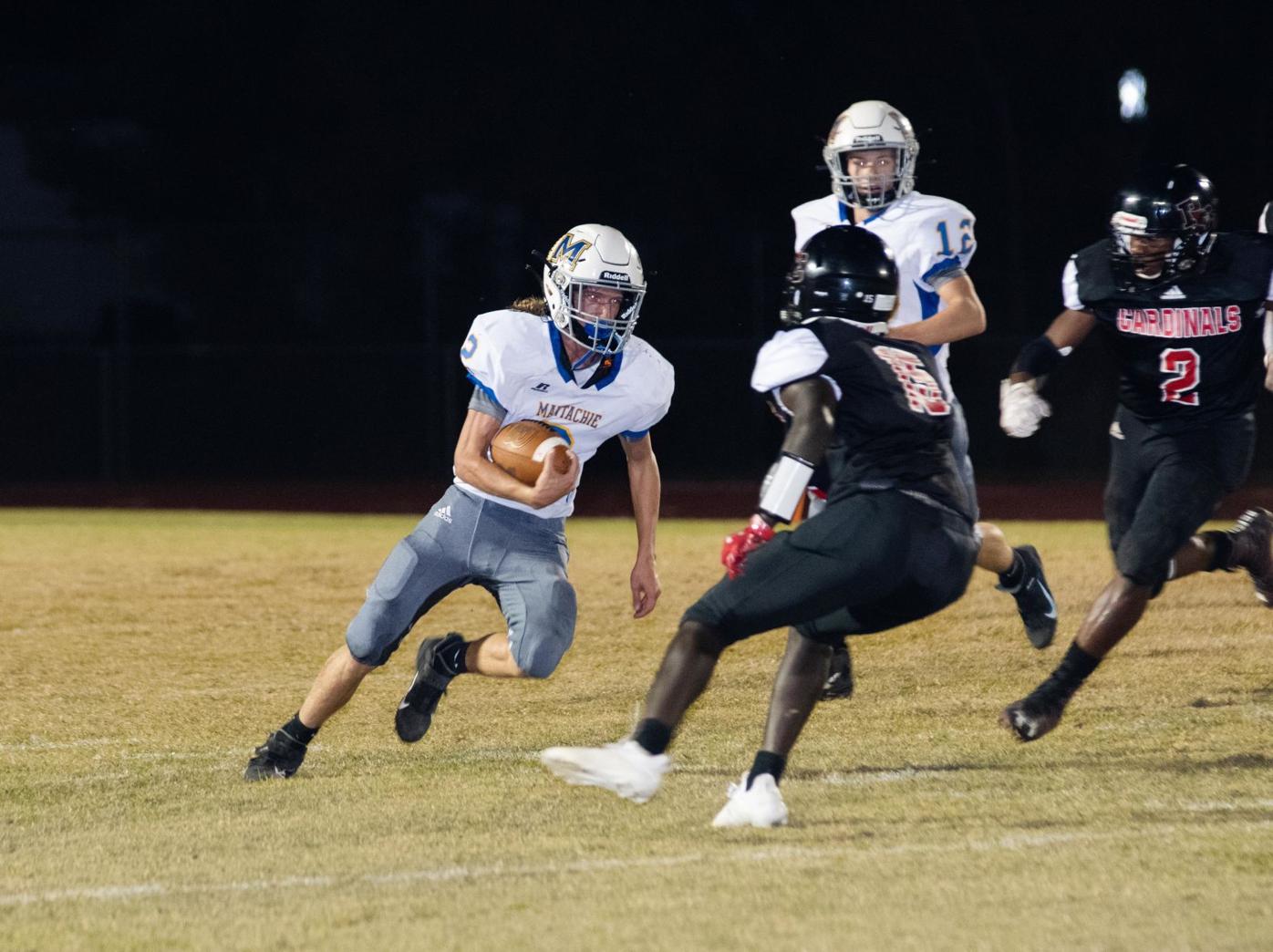 Mantachie High School senior wide receiver Ross Simpson looks to the sideline as he gets set for a play in Friday’s game at Potts Camp.

After struggling in their division opener last week against East Union Attendance Center, the Mantachie High School Mustangs traveled to Potts Camp Attendance Center Thursday evening with the goal of evening their record in 1-2A. They did just that by making the most of some early turnovers and putting up some big offensive numbers in their 52-34 win. The Mustangs also picked up their first division win since beating H.W. Byers on Oct. 21, 2016.

The Mustang offense started strong. On their opening drive, Mantachie marched down the field and scored on a rushing touchdown. The extra point was blocked but the Mustangs held an early 6-0 lead.

Less than two minutes later, Mantachie scored again after a fumble by the Cardinals’ offense. The two-point conversion was good and the score stood at 14-0 in favor of the visitors.

Potts Camp’s offense was bit hard by the turnover bug Thursday. On their second drive of the game, they again turned it over. This time, the Mustangs intercepted a pass. Mantachie again made the most of the opportunity and scored to go up 20-0 and the score held through the end of the quarter.

Potts Camp got on the board early in the second quarter with a touchdown, but the Mustangs answered to keep their lead at 20 points.

Mantachie fumbled with just under five minutes left in the half and a 79-yard rushing touchdown and successful two-point conversion brought Potts Camp to within 12 points. In years past, a Mantachie turnover, then a long touchdown by the opposing team, could cause a sudden loss of confidence and put the game in peril no matter the score. This year, the Mustangs answered right back with a touchdown. The conversion attempt failed and the Mustangs led 32-14.

With less than two minutes until halftime, one might expect very little fireworks from a team whose offense had turned the ball over multiple times in the first half. Instead, the Cardinals scored with 18 seconds left to pull within 12 points down 32-20. But that wouldn’t be the halftime score. The Mustangs found the end zone with two seconds left in the half. The two-point conversion attempt was good and Mantachie held a 40-20 halftime lead.

Each team scored twice in the second half. Mantachie, with just under nine minutes left in the third quarter, added one final touchdown before Potts Camp scored through the air and on the ground, but Mantachie outlasted the Cardinals. The final score stood at 52-34 in favor of the Mustangs.

The Mustangs had 465 yards of total offense with 403 yards coming from their potent rushing attack.