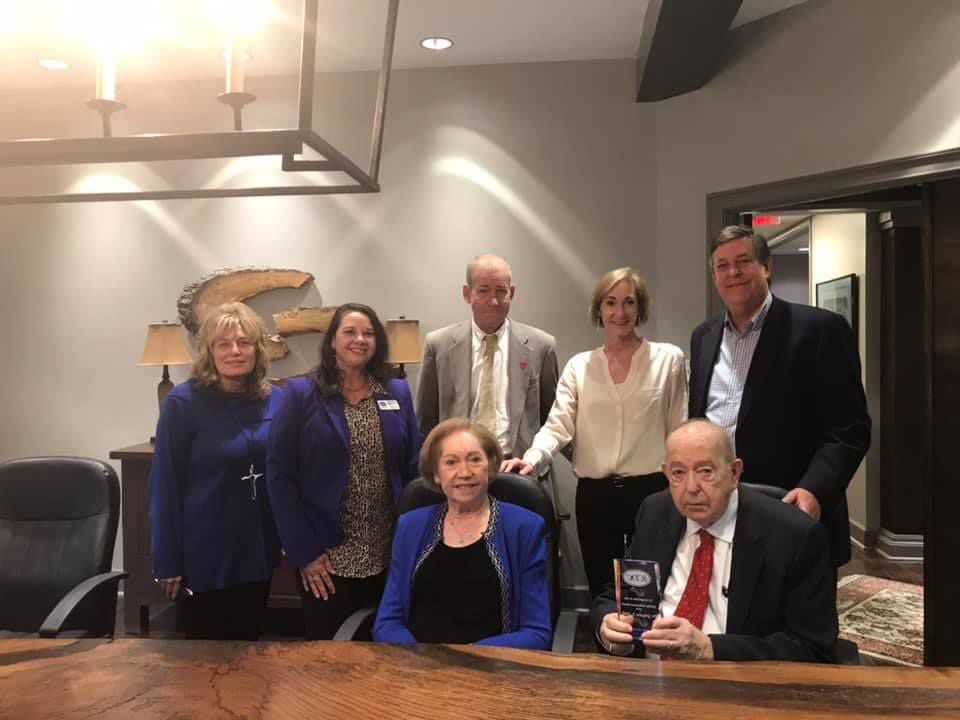 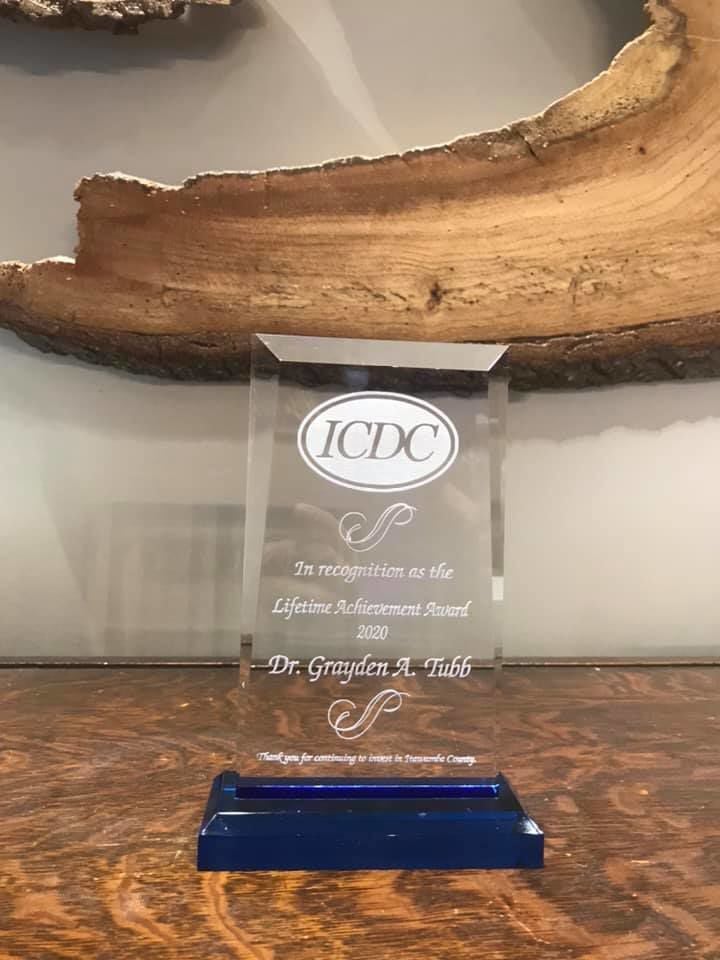 The Lifetime Achievement Award is presented by the ICDC to an individual who has shown long term, outstanding service to Itawamba County. Dr. Grayden Tubb was recently presented the award.

The Lifetime Achievement Award is presented by the ICDC to an individual who has shown long term, outstanding service to Itawamba County. Dr. Grayden Tubb was recently presented the award.

Tubb retired in 2010 from his practice after having been a fixture in Itawamba County’s medical community for nearly five decades.

Former ICDC Board President and current board of directors member, Tony Green presented Tubb with the award at his home in Oxford.

“You chose to live in Itawamba County, as a doctor, as a physician, you could have lived any other place. From a financial standpoint, from a family standpoint, there were a lot of other places you could have lived and carried your wife and your family, but you chose Itawamba County,” Green told Tubb during the presentation. “For that, we are very grateful. With this award, we like to recognize the people who have given their life and their work to the people. We thank you very much.”

Tubb responded to Green’s presentation by saying he practiced medicine for over 50 years in Fulton and he had the best patients a doctor could ever want.

“They were kind, loving, and forgiving,” Tubb said.

Green laughed as he reminded Tubb that he was one of his patients among the thousands upon thousands he most likely had.

In a previous Itawamba County Times article, Tubb was celebrated as a family doctor in every sense. A native of Hatley, Tubb came to Itawamba County when he purchased his own practice from Fulton’s Dr. D.W. Crockett, who retired in 1963. At the time, Tubb was one of four doctors in the area and fresh out of the U.S. Navy, where he served at a dependence clinic for four years.

“When I first came, they had the little 13-bed hospital down by the funeral home,” he said during his 2010 interview. “We delivered babies and did minor surgeries. All the doctors would come in the morning, finish around 9:30 or 10 a.m. and go get coffee at the drug store. We’d telltales, then go back to work. At about 3 p.m. we’d finish up and go back to the drug store.”

Tubb then told The Times he had seen a little bit of everything. He had taken care of generation after generation, entire families – the parents, grandparents, kids, and grandkids.

Of the Lifetime Achievement Award, Tubb said he was honored.

“I am greatly honored to receive the ICDC Lifetime Achievement Award,” Tubb said. “But the greatest honor was serving the people of Itawamba County for over 50 years. I loved all my patients and the people. I appreciate the support the county gave me for those years.”

Barber named 1-2A defensive player of the year

ICDC BEAT: Only in the South Y’all- A Visitor’s Guide