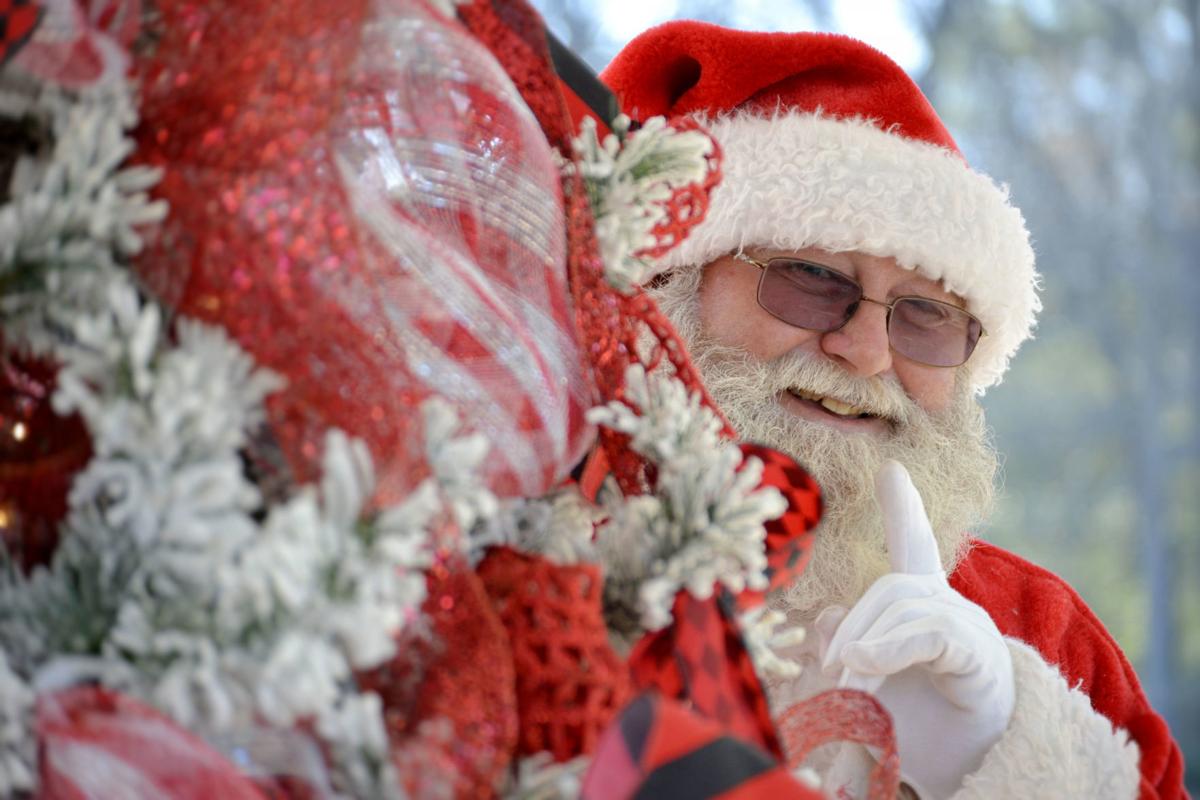 Peppertown’s Tom Beane has served as one of Santa Claus’s prestigious helpers for years. He considers it a great honor to don the fur-lined cap and suit and visit with local children on behalf of Saint Nick himself. 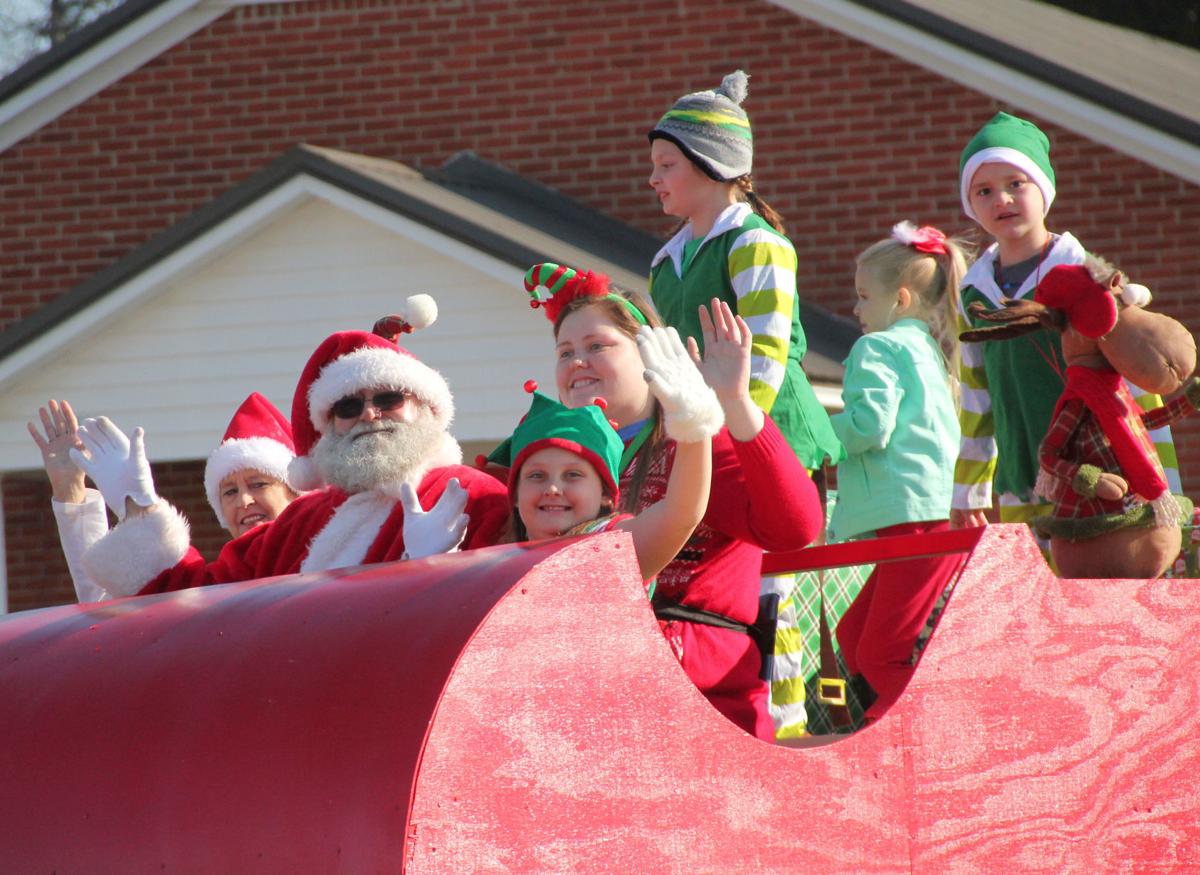 Each Christmas season, Beane and his family can be found riding atop a replica of Santa’s sleigh in multiple local parades.

Peppertown’s Tom Beane has served as one of Santa Claus’s prestigious helpers for years. He considers it a great honor to don the fur-lined cap and suit and visit with local children on behalf of Saint Nick himself.

Each Christmas season, Beane and his family can be found riding atop a replica of Santa’s sleigh in multiple local parades.

Cheeks like roses and a nose like a cherry. A broad face and a round little belly. These are prerequisites for anyone decking out head to toe in Santa’s fur-lined suit.

Before the busy holiday season begins, Santa pulls out all the stops in order to pull off all HIS stops. With tons upon tons of toys to produce and millions of children to visit, Old Saint Nick seeks only the best helpers to assist him in getting the job done.

And for the last 10 years, Peppertown resident Tom Beane has been one of them.

“The beard is real. Children like to tug on it to make sure, especially the little ones,” he chuckled in a well-trained Santa laugh (another prerequisite). “Santa was really pleased with how it looks this year.”

His wife, Tami uses a special paste that can be found at the North Pole to get it as sparkling white as possible.

“Santa likes for his helpers to look their best, that’s where I come in,” she said. It’s important her husband do his best when representing someone as beloved as Santa Claus. “We try to follow all the guidelines he gives us.”

No makeup is required for Beane’s rosy red cheeks. His specially issued suit has a “built-in warmth mechanism” that creates a natural rosy glow.

“Basically, it’s hot,” Beane said. “But I’m not complaining. If this is how Santa wants the job done, then that’s how I’m going to do it.”

And get the job done, he does.

You’ll find Beane checking events off Santa’s “to-do” list all across Itawamba County. He recently visited with the children during storytime at the Itawamba County Pratt Memorial Library and had breakfast with kids ranging in age from toddlers to teens at Tremont First Baptist Church. Not to mention, he can be spotted riding atop a sleigh during a local parade or two.

No matter what North Pole mission he finds himself on, when it comes to what kids whisper in his ear, it’s a mixture of old favorites and new gadgets.

“Bicycles and baby dolls are still at the top of most kids’ lists,” Beane said. “For the older children, there’s a lot of technology, like iPads and cell phones.”

While many children are eager to sit upon the jolly man’s knee to spill out their heart’s desires, some youngsters may scream and shriek in horror at the sight of the bearded fellow in the big red suit.

“Santaphobia” or “Clausaphobia,” (the extreme fear of Santa), is generally overcome by children as they age. Beane knows not to take it personally.

“Occasionally there are children who are hesitant about sitting with Santa,” Beane said. “But rest assured, their fear does not affect their receiving gifts. Santa knows. He always knows.”

As one of Santa’s right-hand helpers, Beane said he cannot divulge exactly how he relays all those wishlists to Jolly Old Saint Nick. If he did, it might compromise his position of prominence.

“There are many secrets that we’re required to keep,” he said. He leaned in and spoke softly about the mystery of Santa’s all-knowing, all-seeing identity. “There are many things I cannot tell.”

Inquisitive kids often ask questions, like how does Santa fit down a chimney? How do the reindeer fly? Where does Santa keep his sleigh?

“On occasion, he has ridden in the sleigh, but that’s another way I help out, getting him from place to place,” Tami Beane said. “With Santa’s permission, of course.”

The Beanes not only cover local events but has special permission from North Pole headquarters to travel to Virginia every December.

“Our church, Friendship United Methodist Church, joins with several other groups to travel to Dickenson County, Virginia, every year on mission trip,” Tom Beane said. “Santa is so busy, he can’t be everywhere. SoI serve as Santa’s helper there as well.”

The combined efforts of the groups bring some 700 bags of toys to the children of the coal mining towns in the county where roughly 20% of the population live below the poverty level.

“The tree in the community center where we set up is decorated with gloves and toboggans. Every child grabs a pair when they come in to visit Santa,” Beane said. “It’s an honor for me to be able to help Santa out especially when it comes to children in situations like this.”

Just like traveling to a less fortunate area, occasionally the task brings about a much more somber tone. Once a young girl asked him to cure her mother from cancer.

“I told her only the Lord can do that,” Beane said. “It’s those requests that really tug at your heart.”

Other times, the right jolly old elf finds himself in merriment.

“Once a little girl’s mother said ‘she got an “oops” at school today, Santa,’’ Beane laughed. “I simply replied, “One or two ‘oops’ a year isn’t bad.”

The child quickly came back with, “Did you hear that Momma?”

All in all, Beane finds great joy in his prominent position appointed by the “Hierarchy of Ho Ho Ho.” Amid the smiles and laughter – and occasional tantrum – it’s being a part of the spirit of Christmas that brings him the most gratification … the magical mystery of Santa and the wonder it brings to a child’s eyes. Even adults find pause in their steps when they catch a glimpse of that big red suit in the distance.

And laying a finger aside of his nose, he exclaimed, “Happy Christmas to all and to all a good night!”