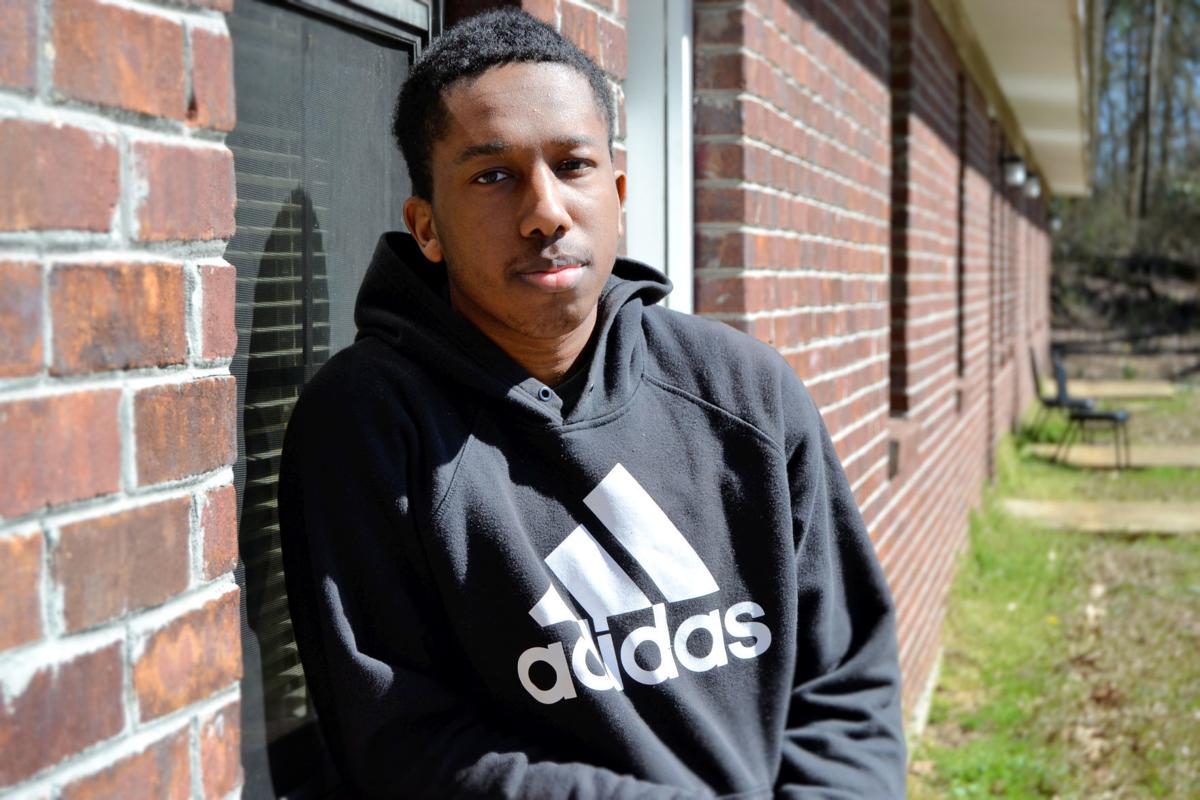 Mantachie High School graduate Bendrick McMillian, who raps under the pseudonym “Secret,” says music saved his life. It’s been his diary, his way of expressing his frustrations and pain. It’s also how he encourages others to work hard and follow their dreams. 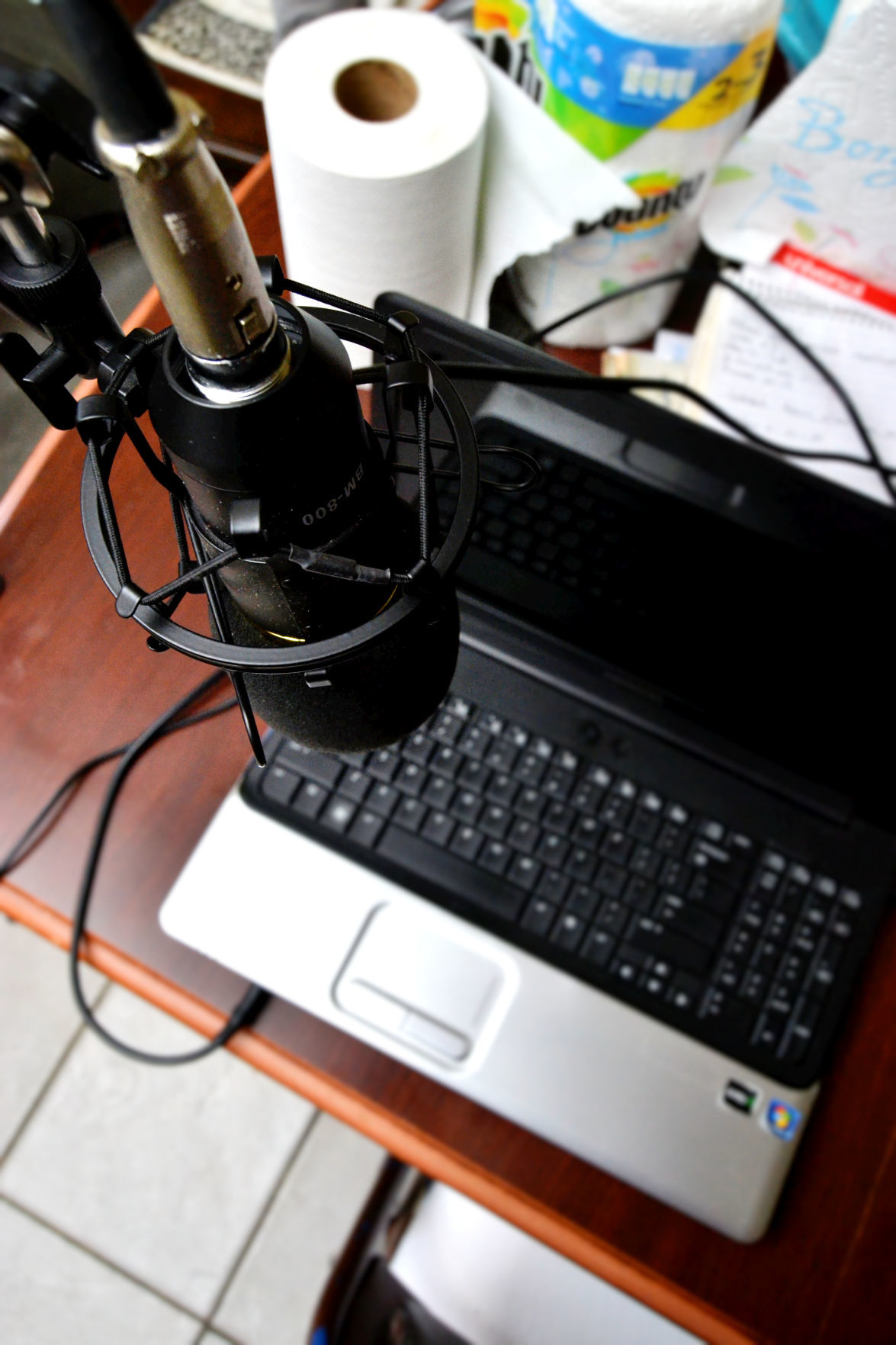 McMillian records his music using a microphone hooked to a laptop in his cousin’s kitchen. He uploads his recordings to his YouTube channel and Soundcloud page.

Mantachie High School graduate Bendrick McMillian, who raps under the pseudonym “Secret,” says music saved his life. It’s been his diary, his way of expressing his frustrations and pain. It’s also how he encourages others to work hard and follow their dreams.

McMillian records his music using a microphone hooked to a laptop in his cousin’s kitchen. He uploads his recordings to his YouTube channel and Soundcloud page.

Bendrick McMillian’s stage name is a misnomer. He may call himself “Secret,” but everything about who he is is out in the open.

“My music is very different,” the young rapper said. “It’s not what everyone listens to today.”

There isn’t a trace of I’m-so-unique braggadocio in his voice as he makes this proclamation. To him, it’s a simple statement of fact. Water is wet. Clouds are in the sky. That kind of thing.

It’s not that McMillian writes lyrics about anything that hasn’t been written about before. But hip hop is often about bombast and swagger. That’s not McMillian. He’s a 19-year-old from Mantachie crashing at a cousin’s small Baldwyn apartment. The studio where he records his raps isn’t really a studio at all, just a laptop and a mic on a cluttered kitchen table. And his music isn’t about wealth or fame or boasting about a lifestyle he’s never come close to living. That wouldn’t be honest, and McMillian is, if nothing else, honest.

McMillian is his music, and vice versa. The two are inseparable.

McMillian’s self-titled album, "Secret," features 15 tracks, culled from more than 100 he’s recorded over the years. Taken as whole, McMillian believes they paint an auditory portrait of who he is and where he’s been.

“I picked the songs that told a story,” he said. They’re songs about his life, about love and depression.

Music has always been about truthfulness to McMillian, a way for him to express whatever emotions he’s feeling or struggles he’s having. He turned to it to process the verbal, and sometimes physical, bullying that plagued his adolescence.

“I didn’t know how to cope with it,” he said. “It almost lead to a suicide attempt.”

Music allowed McMillian to express himself emotionally, to convert his anger and hopelessness into tangible form. It was his outlet.

“I started writing about my pain and how I really felt … my depression,” he said.

Music, he said, saved his life.

“It was a way for me to speak out,” he said. “Music just came along, and ever since then, I’ve been writing.”

Creating music is a kind of wonder to McMillian. Like a lot of creators, McMillian can’t really explain his process. Songs grow from a single verse, line or idea, then get reworked again and again until he finally finds they’re a shape he likes. He’ll often spend hours working on a single time. They’ve kept him up through the night more than once.

“Most of the time, I don’t even know what I’m writing until I’m done,” he said.

Although he writes hip hop, McMillian listens to music of all genres. His greatest inspirations seem to be musicians with big personalities, whose voices carried beyond the tracks of their records.

“When I think about Freddie Mercury, Frank Sinatra, Eminem or NF, they remind me to tell my story and be honest with myself and everyone else, no matter what,” he said. “Rap is my way of telling a story.”

And music, of all the things it can be and has been to McMillian, is at its heart a form of storytelling. When he raps, McMillian is sharing his story with anyone willing to listen. More than anything, he hopes that means something to someone.

“I want to inspire people. That’s really important to me,” he said. “Even if my music inspires just one person, that’s enough for me.”

It wasn’t long ago that McMillian was just a bullied kid searching for a way to express himself. He wants the listeners of his music to know that wherever they find themselves and whatever they’re going through, they are not alone. Everyone has pain, something to get off their chests. There’s always a way out, he said.

That, he said, is why he chose the stage name, “Secret.” It’s an acronym: Secretly Everyone Can Rap; Everyone Thinks. To McMillian, “Secret” isn’t a persona he puts on when performing. It’s a message to those hearing him perform.

“When people see ‘Secret,’ I want them to feel comfortable, confident, and be able to tell the truth and their story, no matter what,” he said. “Everybody has something to say. Everybody has a story to tell.”

And every one of those stories is worth telling.