When W.J. Patterson was asked if law enforcement was his “calling,” his reply was as straightforward as they come:

“Evidently it is, or I wouldn’t still be doing it,” he said, the slight grin on his face undermining the flat tone of his voice.

All totaled, Patterson has racked up 39 years as a peace officer. The last 12 of those he’s spent as a deputy with the Itawamba County Sheriff’s Department.

Patterson first put on a badge when he was 38 years old, while living in Hobbs, New Mexico. While in high school, Patterson often considered pursuing a career in law enforcement, but the job’s low income turned him against it.

“I decided to go to work in the oil fields instead,” Patterson said. “It wasn’t until years later that I began working as a city cop in Hobbs.”

The now 77-year-old doesn’t mince words. In his own candid style, the deputy offered nuggets of advice for anyone considering the path of protecting the public:

His stint in Hobbs (he compared the size of the city to that of Tupelo) lasted 21 years. Serving on the S.W.A.T. entry team and as a motorcycle cop, few days were uneventful.

“We were just a few hours from the border of Mexico and saw a lot of drug traffic, but I’m proud of the job we did keeping it under control,” he said.

Patterson remembers many “firsts” from his lengthy tenure there, including the first time he saw a dead body and the first time his own life was in danger. Those are the moments that stick with any law enforcement officer, Patterson said, no matter how many years he or she serves.

“Some things you never used to,” he said. “Prepare yourself as best you can.”

Looking back, Patterson said he’s been fortunate to have never been in the position to have to kill someone. That’s a moment he, at least until now, hasn’t had to live with.

“I have come close several times, but thank God I’ve never had to do it,” he said with a sigh of relief.

Although the job has had its difficult moments, none were tougher on Patterson personally than the motorcycle patrol accident that almost cost him his leg and his career. His recovery required 14 surgeries and two years of healing.

“It was tough,” he said. “I thought I was going to have to retire from the force, but I kept fighting and finally made it back.”

Another piece of advice he offered young officers: Law enforcement is dangerous; understand what you’re getting into.

When Patterson’s wife Theresa’s parents moved from New Mexico back to Itawamba County, the couple followed. This opened the door for Patterson to retire, but he decided that wasn’t in the cards for him.

“I started working at Itawamba Community College as a night shift captain for six or seven years, so I never really retired,” he said. “Then I decided I wanted to be back on patrol in something more along the lines of true law enforcement.”

“W.J. is ‘old school,’” Dickinson said of Patterson. “He handles his position well and understands the job. We’re glad to have him on board with us.”

During Patterson’s long established career, he has seen a lot but relies heavily on the advice Dickinson gave him when he first came on board with Itawamba County Sheriff’s Department. And it’s advice he doesn’t mind passing on to anyone considering law enforcement.

“You must earn the trust of the people; it will make your job a lot easier,” he said.

On the flip side, Patterson says most situations an officer deals with rarely go as expected. It’s up to the officer to keep his or her cool.

“It’s a different world now that sometimes requires you to take verbal abuse and remain calm,” he said. “You have to be able to take that without retaliation. That’s tough.”

Even after four decades in law enforcement, Patterson remains passionate about his job. He believes it’s important work and doesn’t plan to retire anytime soon.

“This is one of the most honorable ‘callings’ a person can have in life,” he said. 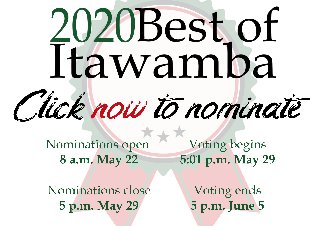